Will instant messengers make cryptocurrency accessible to everyone?

More and more people are beginning to use instant messengers, and companies are looking for ways to develop communication tools and expand the market. The integration of payment tools into messengers is one of...

More and more people are beginning to use instant messengers, and companies are looking for ways to develop communication tools and expand the market. The integration of payment tools into messengers is one of...

More and more people are beginning to use instant messengers, and companies are looking for ways to develop communication tools and expand the market. The integration of payment tools into messengers is one of the innovative solutions to which many large companies are using.

Giants like Facebook have so far banned cryptocurrency (at least publicly) and are working with classic payment systems. But smaller companies that are engaged in the development of messenger services see great potential in attracting a new audience from the cryptoworld. This step allows them to monetize user activity, which is beneficial for both users and companies.

In this review are the instant messenger developers who have already come to cryptomarket. 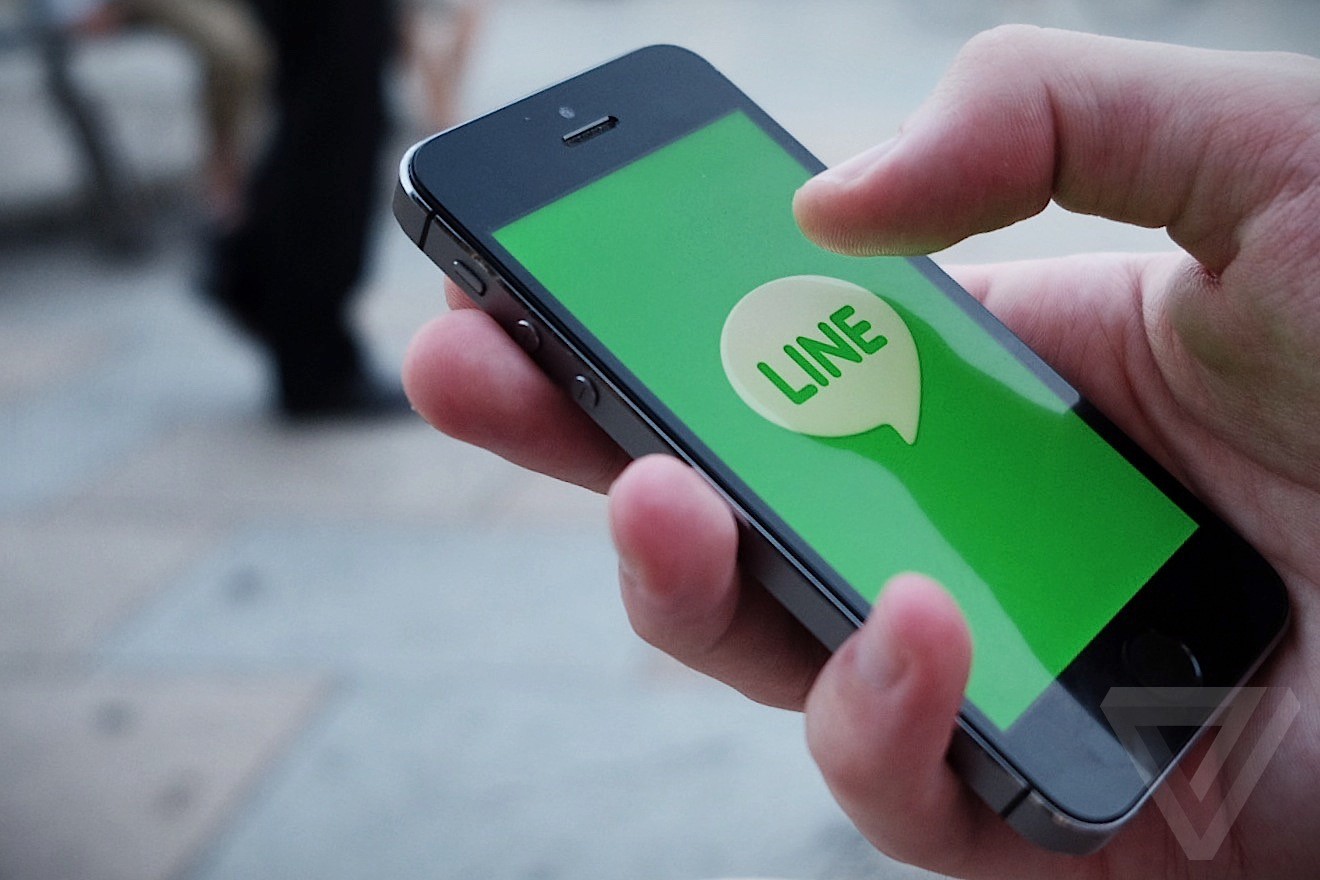 The LINE messenger is the most famous product of the Japanese company Line Corp. and has an audience in excess of 200 million users.

LINE has a variety of other mobile applications and games, many of which are embedded in the messenger.

At the beginning of the year, LINE announced the development of its own blockchain platform which is integrated into the messenger. During the year the company plans to present several blockchain applications and its own cryptocurrency.

LINE decided not to conduct an ICO. Users will receive a reward in the form of internal tokens for various types of activity in the messenger.

The direction associated with the development of the new economy, blockchain, as well as insurance and loans, will be handled by a subsidiary structure, LINE Financial Corp.

In addition, LINE filed an application for registering its own cryptoexchange with the Financial Services Agency of Japan (FSA).

The company believes that soon such giants as Facebook and Google will come to the blockchain markets. But in this market there will already be serious competitors, one of which LINE plans to become. 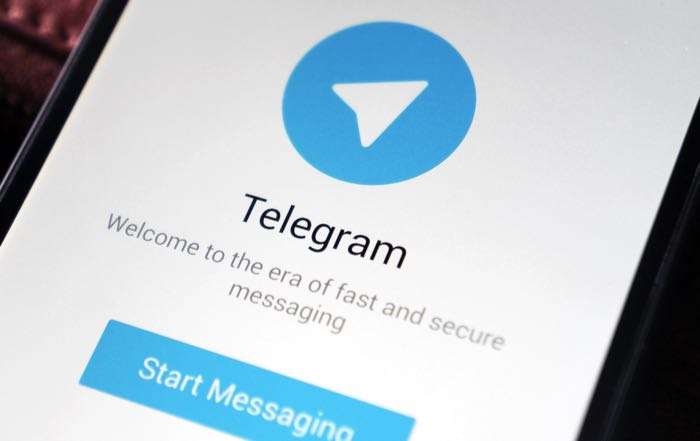 The creators of Telegram place a special emphasis on the privacy of its users and the safety of communication. The instant messenger has a simple, functional interface and API for creating bots. The number of active users recently reached 200 million.

Until 2018, Telegram was not monetized in any way and was developed using the money of its CEO Pavel Durov. At the end of 2017, an upcoming ICO was announced and the creation of the TON blockchain platform.

The Telegram fundraising effort was different from the classic ICO. Only carefully selected investors participated in the first two phases of financing and were given the right to own internal Gram tokens.

Telegram has already started testing the technology for identifying users and storing documents for rapid identity verification. External Secure ID technology will be useful when shopping, for example.

By the end of the year Telegram plans to release a stable version of the TON network with an integrated cryptocurrency wallet. 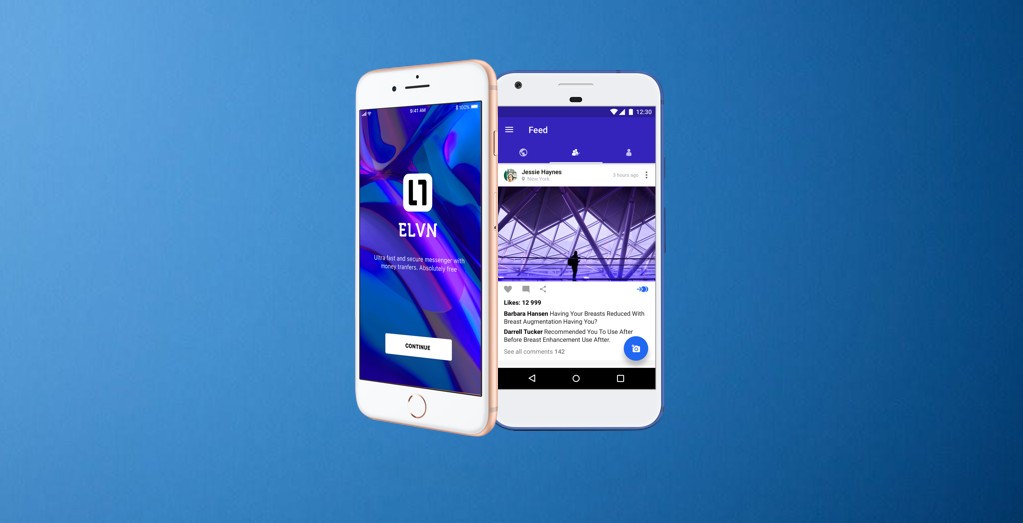 The developers of the ELVN messenger originally designed it as an application on a blockchain with internal tokens. One of the features is rewarding users for activity.

The goal of the developers was to create the most simple and convenient communication tool based on blockchain. Thus, more users will come to the cryptomarket and will become cryptocurrency owners simply by communicating with friends while using the messenger.

The function of ELVN is mostly focused on communication. In addition to fast video and high quality audio communication, group video calls and an internal social network are integrated into the messenger. 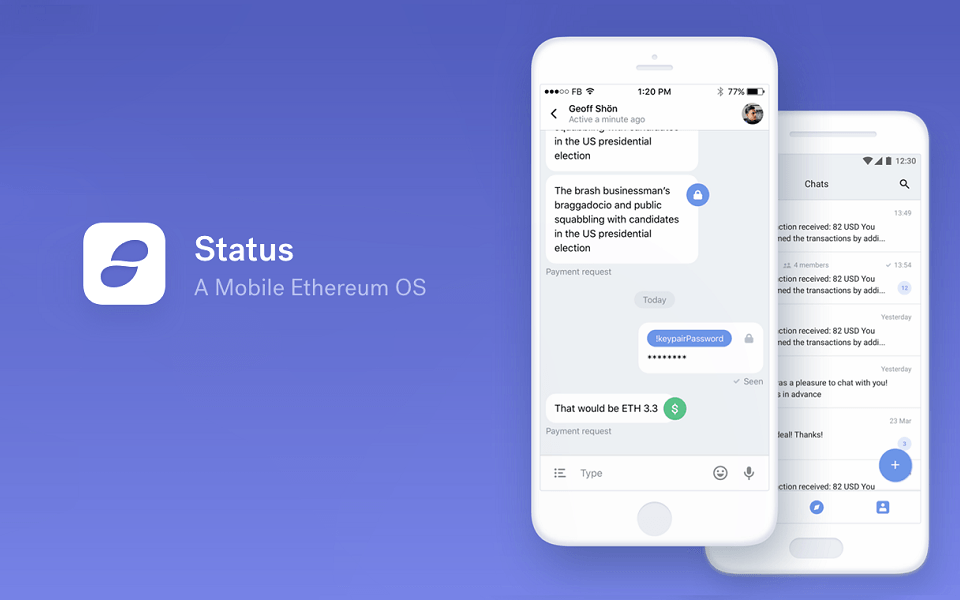 In 2017, Status conducted a successful ICO, which even led to a massive failure in the Ethereum network due to the frenzy. The company attracted investments of $100 million in just one day, and the Status (SNT) token increased in price by several times.

Status became one of the winners of an Oscar at the startup competition BlockShow and received $50,000 to promote the project.