Science against insomnia: scientific advice on how to fall asleep quickly and get a good night's sleep

According to research, about 40-45% of people experience occasional insomnia, and 60% complain of a chronic lack of sleep.

According to research, about 40-45% of people experience occasional insomnia, and 60% complain of a chronic lack of sleep.

Sleep problems, mainly caused by excessive stress and a frantic way of life, are far more critical to resolve than ever in today's world,  Meanwhile, frequent insomnia poses a threat not just to your productivity but also to your health. So, why is insomnia dangerous, and how can you overcome it and improve the quality of your sleep? We will share some tried-and-tested scientific methods from world researchers and scientists – we have not made this up!

Why are sleep problems dangerous?

To combat poor-quality sleep, you must first understand what poor-quality sleep could lead to. The consequences are well demonstrated by the research of the Pennsylvania and Washington State universities, where forty-eight completely healthy women and men participated; they were divided into groups.

The group that was allowed a full 8-hour sleep over two weeks did not suffer any cognitive impairment or deterioration in professional skills. However, the group that slept for 6 hours over the same time showed a decline in their skills and abilities with each passing day. The group that slept 4 hours or less showed the worst results.

This study has confirmed the scientists' hypothesis that sleep deprivation has a "cumulative effect" and long-term rather than short-term consequences. For example, after one week, 25% of the group that slept for 6 hours a day accidentally fell asleep several times during the day. It was also discovered that by the end of the second week, this group demonstrated the same poor cognitive abilities and skills as a person who had not slept for two consecutive days.

Interestingly, the participants in the experiment had not noticed any decrease in their productivity! They admitted to feeling tired at first but allegedly adapted and worked just as well as usual. It means that people cannot objectively assess their effectiveness. If you do not get enough sleep but think you are doing fine, then, unfortunately, this is far from the truth.

The health problems that result from chronic sleep deprivation are another story. However, in addition to triggering mental disorders and heart problems, the disruption of glucose metabolism is worth noting. When you do not get enough sleep, your pancreas produces less insulin, so your body's response to it worsens. This, in turn, can lead to the early onset of diabetes or exacerbate existing diabetes if you have it.

How to improve your sleep: the advice from scientists 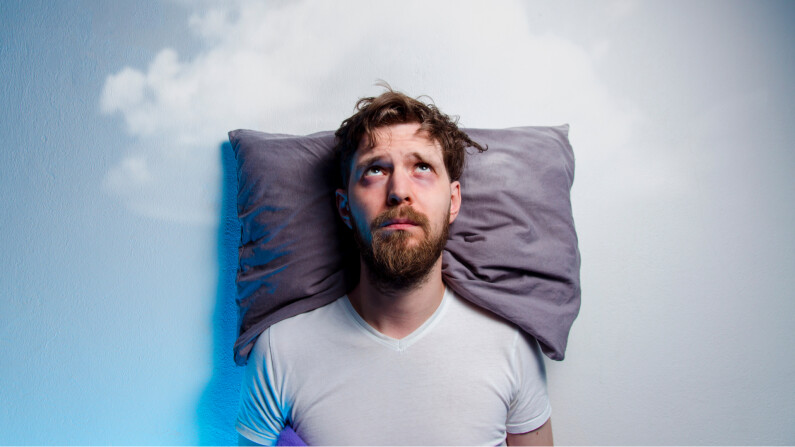 The University of Pennsylvania conducted a study in 2017 to identify foods that could help you fall asleep faster. So, it was found that fish significantly improves sleep quality - all due to having an abundance of omega-3 fatty acids that activate the production of melatonin, which, in turn, is the primary "sleep hormone."

As mentioned above, melatonin is a sleep hormone responsible for falling asleep and recuperating at night. Unfortunately, it is also the "hormone of darkness" because it is produced in the pineal gland and only at night and in the absence of light. Of course, this is extremely difficult to achieve in a city when there are lights and neighboring houses outside the window and at least a neon alarm clock in your bedroom. Almost a third of people living on brightly lit streets admitted having trouble sleeping.

To ensure you have a "dark place," hang thick or reflective curtains over the windows and wear a blindfold. Also, turn off all the lights in the room or hallway - complete sleepy darkness should rule all around!

Coffee is the drink of the gods for many people! Some like it because of its taste, and others because of its refreshing and uplifting effect. Moreover, many are convinced that this effect wears off fairly quickly, in just two to three hours, so a few cups of coffee will not harm. However, National Sleep Foundation researchers discovered that caffeine lingers in the body much longer than previously thought.

So, after 6 hours of drinking caffeine, only half of it is absorbed. Therefore, caffeine from just one cup of coffee is eliminated from the bloodstream within six to seven hours. Therefore, having drunk some coffee sometime in the afternoon, you simply will not be able to fall asleep at night. Therefore, drink coffee only in the morning or avoid it altogether.

Tip #4: Add Magnesium to Your Diet

Perhaps everyone has heard that magnesium restores peace of mind and strengthens the nervous system. This is true: magnesium is the "stronghold" of the psyche, and with regular stress, magnesium is rapidly flushed out of the body. It takes a long time to regenerate it naturally; therefore, it is often in short supply in a modern person.

A study in the Journal of Research in Medical Sciences demonstrated that magnesium promotes quality sleep, especially when taken just before bedtime. However, it should be taken consistently, preferably for at least 1.5–2 months, because magnesium has a long-term effect.

The air is almost always too dry in apartments, especially during the heating season. The air's dryness leads to difficulty breathing and oxygen deficiency, which prevents the body from going into a deep sleep phase. Consequently, in the morning, a person wakes up with the same feeling as if they had not slept. Morning headaches are also a symptom of nocturnal hypoxia.

It is best to purchase a humidifier. Some models are equipped with special sensors that allow them to control the room's humidity level independently. Some also purify the air, which is twice as useful.

Each person may have secrets for getting a good night's sleep, which is also valid. However, we reveal only the science-based methods you should initially start with. After all, a good night's sleep means a healthy life and gives you a guarantee of productivity!

Oleic acid - a natural source to keep the brain youthful

As we age, many people experience problems such as memory impairment, depression, or Alzheimer's disease, which completely degrades the brain's cognitive functions.
read more news