Contemporary science and medicine in the fight against cancer

In just a few years, scientists are hoping to achieve a breakthrough in diagnostics and treatment of oncological diseases. Modern technologies like artificial intelligence and VR are already finding widespread...

In just a few years, scientists are hoping to achieve a breakthrough in diagnostics and treatment of oncological diseases. Modern technologies like artificial intelligence and VR are already finding widespread...

In just a few years, scientists are hoping to achieve a breakthrough in diagnostics and treatment of oncological diseases. Modern technologies like artificial intelligence and VR are already finding widespread applications in medicine.

Various gadgets, social networks, and search engines all work together to collect an enormous amount of information about each person. With adequate processing this data can help with timely diagnostics of diseases. American scientists have recently published an article explaining that user search queries can be used to identify which users are suffering from oncological diseases, going so far as to identify the specific disease they have. When experiencing their first symptoms, many users started by trying to identify the cause on their own. For example, patients with pancreatic cancer started searching for potential causes of itchy skin, jaundice and stomach pains online long before they visited their doctor.

Analyzing similar search queries using neural networks could significantly reduce the mortality rate as users would immediately realize that they are ill, which would prompt them to visit a doctor instead of guessing on their own.

These complementary technologies can become a significant aid in the fight against cancer and serve as a supplement to the core medical toolbox, which includes chemical and radiotherapy and surgical procedures.

Today, doctors are increasingly moving towards a personalized approach for oncological patients. Cancer is usually caused by damaged genes in the patient’s body. These malfunctions (or mutations) can occur in various parts of the DNA, which is why there are numerous types of cancer — approximately 160 main types. In fact, each patient has a specific case, a personal set of mutations, which is why a personal selection of medicine for each patient is the most promising approach. This type of diagnostics requires experts to process an enormous volume of genetic data.

Diverse technologies including specialized software, medical devices, and various other gadgets all guarantee efficient treatment and diagnostics for oncological diseases while also making the treatment process as comfortable as possible. 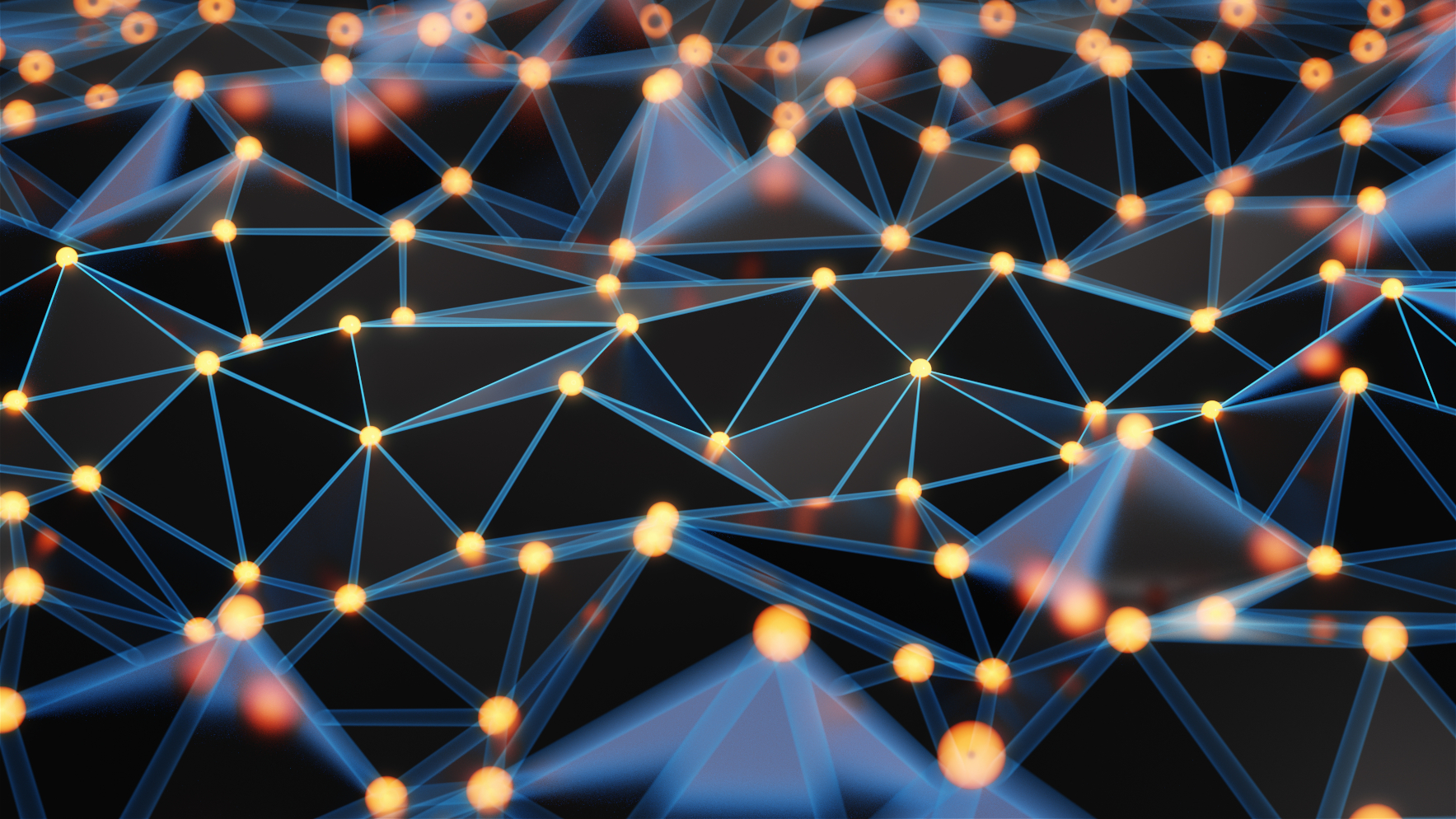 Artificial intelligence algorithms significantly expand options for data analysis in a variety of areas from astrophysics to marketing. Medicine is no exception. Big data processing with these algorithms gives researchers and doctors a completely new toolbox. Genetic mutations are identified by taking tissue samples from patients and analyzing their genome (total set of genes) and proteome (total set of proteins). This is an enormous volume of information that is impossible to figure out manually. Technologies such as neural networks can be used to identify patterns that match particular pathologies.

These technologies significantly increase the accuracy of analysis: diseases can be identified at earlier stages, increasing the chance of successful treatment. What’s more, doctors are much less likely to make a mistake related to human error: even an experienced doctor is liable to occasionally miss some minor pathological symptoms.

The Zebra algorithm is a good example of successful implementation of AI for oncological diagnostics. The program can identify one of the most common types of cancer — breast cancer — with 92% accuracy, while professional oncologists can only guarantee 82% accuracy.

Similar software products are being created to diagnose other types of cancer. For example, neural networks trained on hundreds of thousands of photos of damaged tissues are being used to treat melanoma. The algorithm is based on computer vision principles and, similarly to Zebra, offers greater diagnostic accuracy than doctors.

AI systems can not only help with disease identification, but also with creating the most optimal treatment plan, for example. 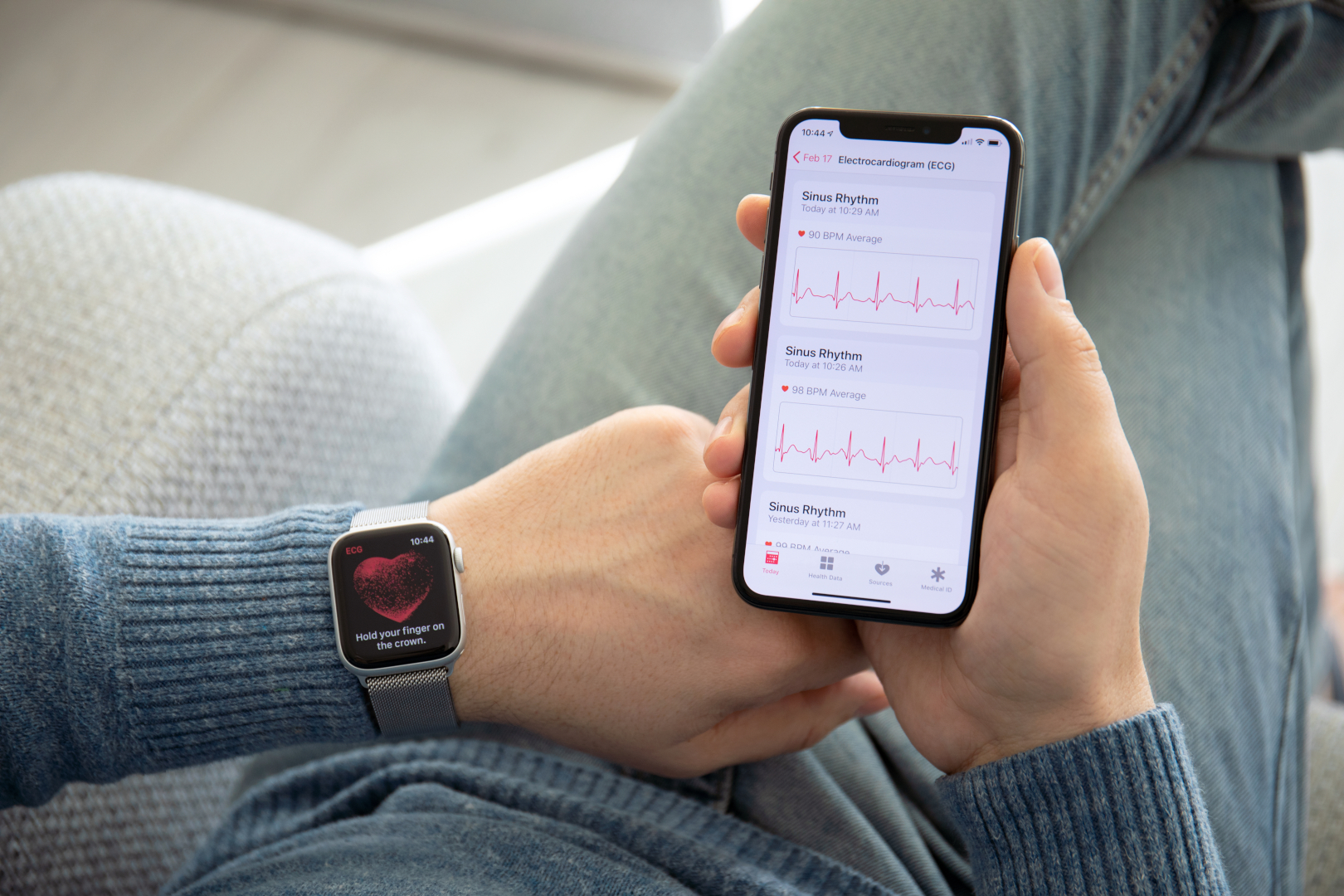 In the near future, patients can expect help not only from advanced software, but from smart gadgets as well. New developments will help with initial diagnosis without a doctor. Experts believe that the low cost and high speed of automatic health screening as well as the lack of a psychological barrier should start a revolution in the healthcare industry.

The following developments stand out among the numerous upcoming new releases.

The iTBra from Cisco can diagnose breast cancer by measuring body temperature. For successful diagnosis, women need to wear it during several hours each month.

Owlstone is another portable diagnostic gadget. It analyses the chemical composition of a user’s breath to identify lung cancer development.

Another interesting idea: a temporary tattoo that can measure the concentration of calcium in the user’s bloodstream. German scientists working on this technology are positive that this test will soon be able to identify early oncological symptoms in patients.

Naturally, gadgets will never completely replace doctors. Their main objective is to identify the problem as soon as possible in order to conduct effective treatment. 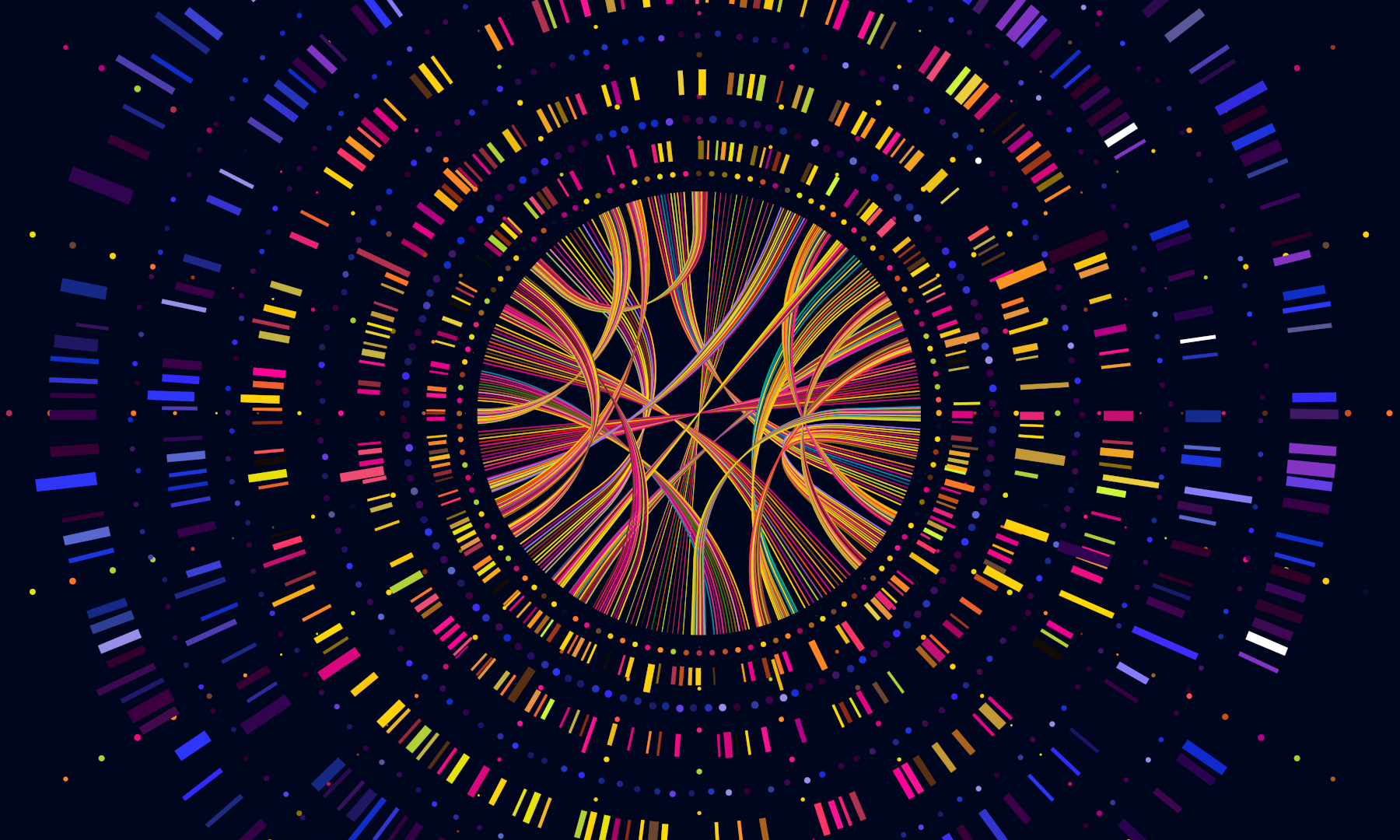 Most of the methods currently used to treat oncological diseases are geared towards physically removing the tumor — either surgically or with radiation therapy. Chemotherapy is also popular, using chemicals to destroy cancerous cells.

Treatment often delivers a heavy blow to the patient’s entire body, because cancer is caused by the cells inside the body which are uncontrollably growing and splitting, rather than an external pathogen. When medications deliver a higher level of accuracy targeting damaged cells, treatment is much more effective, with less damage done to the patient’s body.

Genetic engineering methods allow professionals to target the tumor with an extreme level of accuracy. Many types of gene therapy transform the patient’s own immune T-cells at the genetic level, by teaching them to identify cancerous cells before injecting them back into the patient’s body. These immune cells start hunting for damaged cells, with the patient’s body tackling cancer using natural biochemical mechanisms. This kind of therapy achieves maximum precision and minimum harm to the patient’s healthy cells. However, in its present stage of development, there are some notable drawbacks.

First of all, these technologies are very costly: a single treatment can go for several hundred thousand dollars. What’s more, this therapy is only available for particular types of cancer, where tumor cells are relatively easy to identify. Many types of cancer are so complex in terms of biochemistry that it’s impossible to teach immune cells to identify them.

However, hundreds of similar treatments are currently undergoing laboratory testing, so in the near future we can expect to see a wider range of oncological diseases being treated with gene therapy.

In addition to issues related to treatment, many patients run into psychological problems as well. Therapy takes up a large portion of their time. Many types of chemotherapy lead to hair loss, which is extremely uncomfortable for many patients.

To fix the latter problem, Swedish startup Dignitana has released a special helmet called the DigniCap. The device has a cooling effect on the patient’s head during procedures, which significantly reduces hair loss.

Cancer treatment in the future 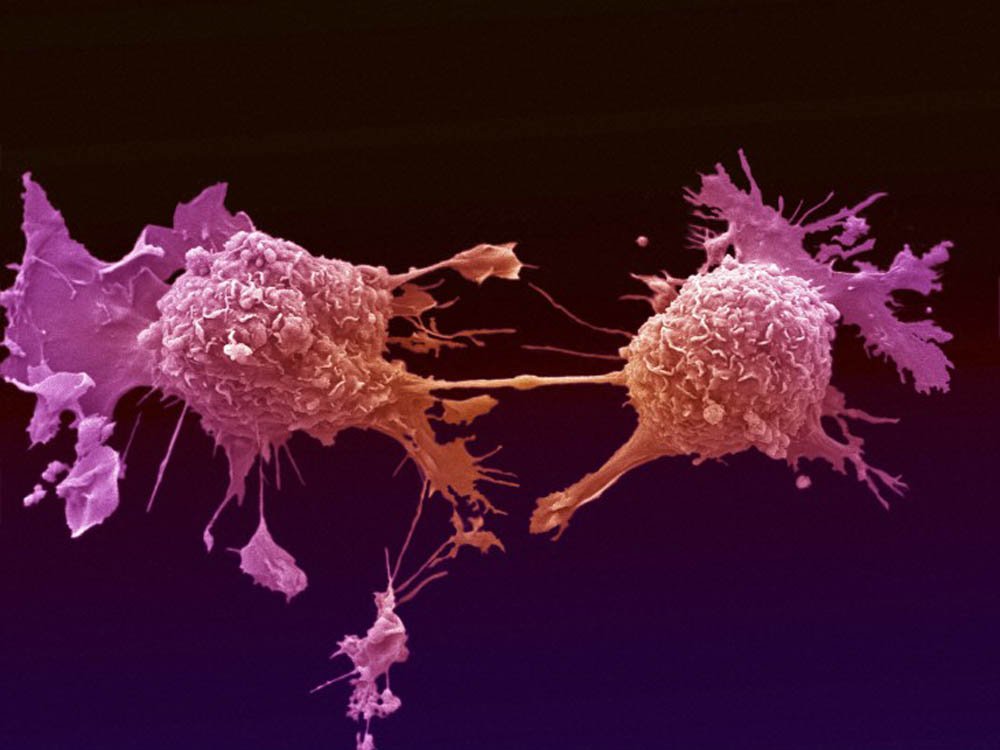 Today’s technologies allow us to completely cure several types of cancer while significantly slowing down the progression of others. Big data analysis, artificial intelligence and the development of gene therapy will allow doctors to save many more lives in the near future. It’s difficult to know whether or not humanity will manage to completely conquer cancer. However, we can already imagine which direction will be taken in science and medicine to try to solve this problem.

Gene therapy represents the main trend. Using the instruments created by nature is the most efficient method. Thanks to new, increasingly accurate equipment, we will be able to conduct a quick and comprehensive analysis of materials obtained via biopsy. Neural network algorithms will identify pathologies with much higher accuracy. The development of gene engineering will enable scientists to fine-tune immune cells, teaching them to accurately identify and destroy tumor cells.

Another important area which will soon be hit by an influx of innovations and new products from various industries is personal healthcare with various gadgets. Leading IT companies — including Apple, Samsung and Microsoft — are all investing in this area, building their own health monitoring systems. Apple CEO Tim Cook is convinced that healthcare will become one of the company’s priority areas in the near future.