Are Blockchain and Gaming Industry Made for Each Other?

Gaming projects rank fourth in popularity among projects that had ICOs in 2017 (after infrastructure, financial and data storage projects). Today, the gaming market volume totals $100 bn and continues to grow...

Gaming projects rank fourth in popularity among projects that had ICOs in 2017 (after infrastructure, financial and data storage projects). Today, the gaming market volume totals $100 bn and continues to grow...

Gaming projects rank fourth in popularity among projects that had ICOs in 2017 (after infrastructure, financial and data storage projects). Today, the gaming market volume totals $100 bn and continues to grow consistently. It has already got ahead of the film industry and is catching up with the sports one.

According to Newzoo analytical report, the market’s annual volume totals $137.9 bn. Analysts recon that there are 2.3 bn active gamers worldwide, of whom 46% or 1.1 bn spend money on games. 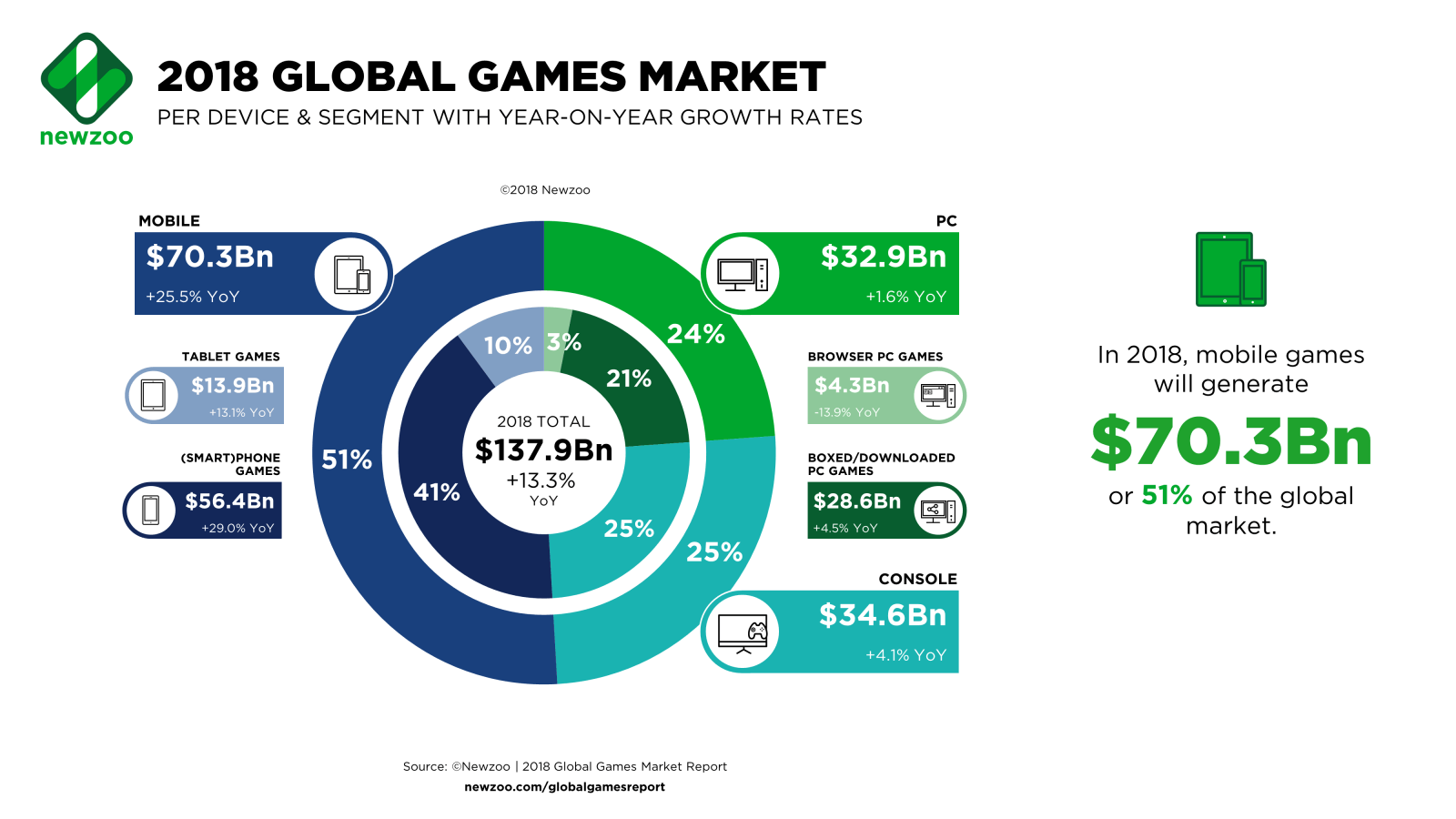 Is blockchain really something the gaming market has so long been waiting for? Let’s examine 4 gaming industry areas that can make a qualitative leap using blockchain.

Independent private publishers to get financing from gamers

Communication between gamers and publishers is not easy today and the market is largely dominated by gaming giants. If there is a decentralized game shopping platform, game publishers would be able to directly interact with product consumers and learn what would be of interest to them. And gamers, in their turn, would be able to finance the projects they find interesting.

A prototype of such space is already being created by an Israeli developer Game Tech. Its project entitled Game Protocol is a blockchain-powered game shop enabling the project founders to get financing and providing the developers with a number of tools to improve the games quality. With the platform’s tokens the gamers would be able to support their favourite projects to get in-game tokens afterwards.

Large monopolies to lose their influence

Today, the rules of the game are set by companies that own gaming platforms. For instance, Facebook can limit users exclusively to the devices produced by its own company called Oculus it has recently acquired. This way the giants restrain the interaction between game developers and users. By getting rid of corporate expansion, users and developers could interact using multiplatforms.

The relations between the developers and gamers will be controlled by smart contracts rather than corporations.

Users will finally be able to exchange game products outside a particular game providing additional income to developers. As a rule, game products can only be used within a specific game, and game universes are isolated from one another. With the emergence of a global blockchain system, developers would be able to distribute their products through such system receiving the payment to their respective crypto wallets. Game artefacts unofficial market totals about $10 bn today.

Blockchain will help to eliminate hundreds of intermediaries in the gaming world and provide better protection for gamers: users will be sure that nobody would hack their accounts and steal their characters and artefacts.

The emerging cybersports industry can be a whole separate blockchain application area. The technology will be able to eliminate intermediaries making gaming bets more transparent. In traditional betting, money is deposited in the accounts of escrow agents, who also distribute the wins. For the most part, this process is far from transparent.

With the use of blockchain technology, bets will be recorded in smart contracts, where game results will also be stored. It will rule out the probability of unfair distribution of funds by intermediaries.

Will blockchain save the free-to-play games market from cheaters?

Free-to-play are free games where you need to buy various valuable items (such as gold, crystals and other artefacts) to gain advantage over other players. Developers have to constantly fight against cheaters who unlawfully try to get one item or another. The struggle takes place at the server level, but unscrupulous players manage to find loopholes anyway.

Blockchain can make this market fully transparent and store data in decentralized systems considerably reducing the probability of spoofing. Blockchain will make it possible to monitor all the movements of game valuables. Blockchain will simplify money movements among players and allow for the recording of valuables earned by a user. Data on all the earnings of a user will be recorded in a distributed ledger.