Firefox Launches an Experiment with a Paid VPN Service

Mozilla continues to explore the possibilities of developing its products focusing primarily on user privacy. As part of its joint experiment with ProtonVPN service, Mozilla will be offering a VPN add-on for...

Mozilla continues to explore the possibilities of developing its products focusing primarily on user privacy. As part of its joint experiment with ProtonVPN service, Mozilla will be offering a VPN add-on for...

Mozilla continues to explore the possibilities of developing its products focusing primarily on user privacy.

As part of its joint experiment with ProtonVPN service, Mozilla will be offering a VPN add-on for Firefox browser to random users.

The testing will be available to users of Firefox 62 English language pack in the USA. If they use insecure networks, such as public Wi-Fi in cafes or airports, the browser will propose installation of a paid protection service against malicious sites and possible data leakage. The test service subscription costs $10 a month. 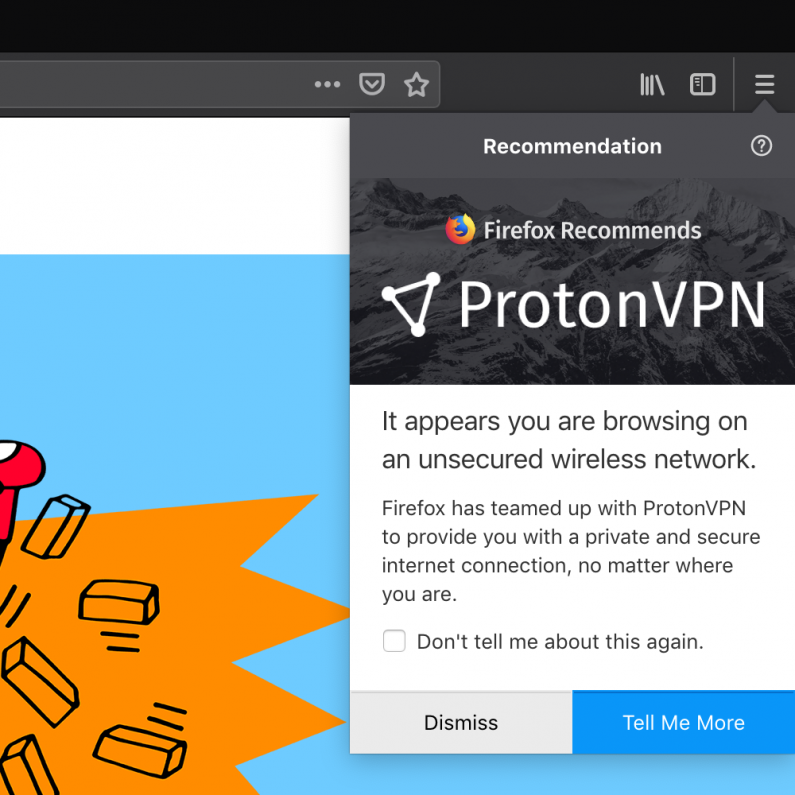 Mozilla reported in its blog post that the developers decided to implement the service after a careful study of user feedback and expectations. During several months of the experiment, the organization will try to assess whether such a function has good prospects and how much in demand it is.

Mozilla partnered with ProtonVPN, a popular service launched by the ProtonMail team. Among ProtonVPN’s advantages over other VPN providers are SecureCore technology, IKEv2 protocol support and traffic routing through Tor.

Through this collaboration, ProtonVPN is hoping to substantially expand its user base, thus improving security and confidentiality levels throughout the world.

The new partnership, however, has one aspect that may strike a warning note for open source advocates. ProtonVPN today’s customers for Windows, Mac, Android and iOS use closed-code software. The Firefox add-on will most probably be proprietary as well, which means that we have to rely of Proton team’s impeccable reputation for the time being.

It should be noted that ProtonMail had a closed code initially as well, but it eventually became open code. This may also be the case with the company’s VPN products.

Earlier, Opera developers tried to add VPN to the browser functionality, but unlike Mozilla, they chose to unroll their own VPN service, rather than use an existing one.