Engineers at the Johns Hopkins University have created a snake robot with an amazing ability to overcome obstacles.

Engineers at the Johns Hopkins University have created a snake robot with an amazing ability to overcome obstacles.

Observing the behaviour of the kingsnake, scientists at the Johns Hopkins University noted that the reptile instinctively divides its body into three parts: the front and the back ones contract synchronously, while the middle one remains motionless. Moreover, their length varies depending on the height of the obstacle: the higher it is, the longer the front part becomes, and the shorter - the back one. This simple tactic allows the animal to climb even the steepest surfaces. This unusual ability of snakes has inspired the scientists to create a similar robot.

Although there were certain problems with the first version of the crawler device (the robot wasn’t very stable), the engineers were able to fix all errors and created a machine that can overcome the stairs, the height of which is 38% of the length of the robot itself. The fact that might be interesting is that the speed of this machine is about the same as that of a real snake.

The scientists plan to continue working on their project to make the device even more adaptable. After that, it can be used in rescue operations and for other purposes. 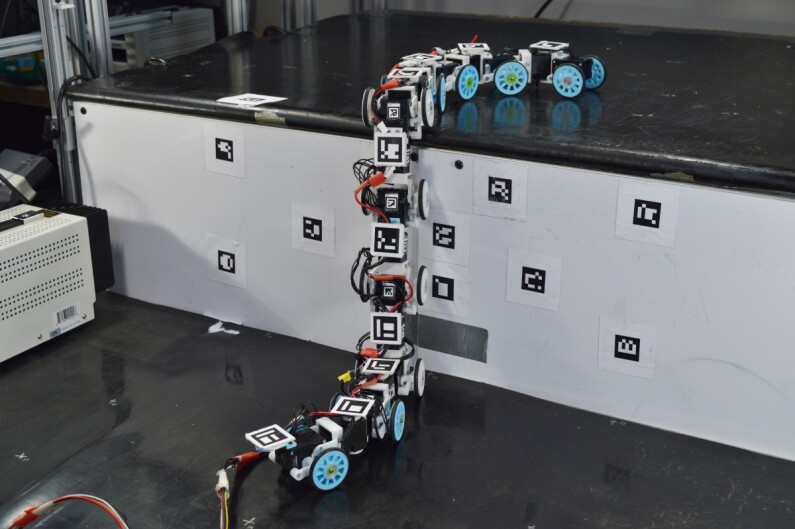