Scientists discover the giant shell of a prehistoric tortoise

It's estimated that the reptile weighed more than 1,200 kg and was more than 3 metres long. The fossil was found in South America.

It's estimated that the reptile weighed more than 1,200 kg and was more than 3 metres long. The fossil was found in South America.

Palaeontologists discovered the fossilised remains of the Stupendemys tortoise, believed to be the most substantial and the largest tortoise in history. Scientists believe that the weight of the reptile exceeded  1200 kg, which is not surprising for an animal of that size. Stupendemys is larger than any adult. The fossil was discovered in Colombia and has also been found in Venezuela.

A fascinating feature of the shell - the presence of horn formations, which, according to the researchers, served as dormant protection for the tortoise. The fossil also showed signs of breaks and cracks, indicating that the Stupendemys were often prey and lived at the mercy of more substantial and dangerous animals.

Stupendemys geographicalus inhabited the earth about 5-10 million. Years ago, which means they existed at the same time as massive prehistoric crocodiles and other deadly predators, that may have contributed to their decline. 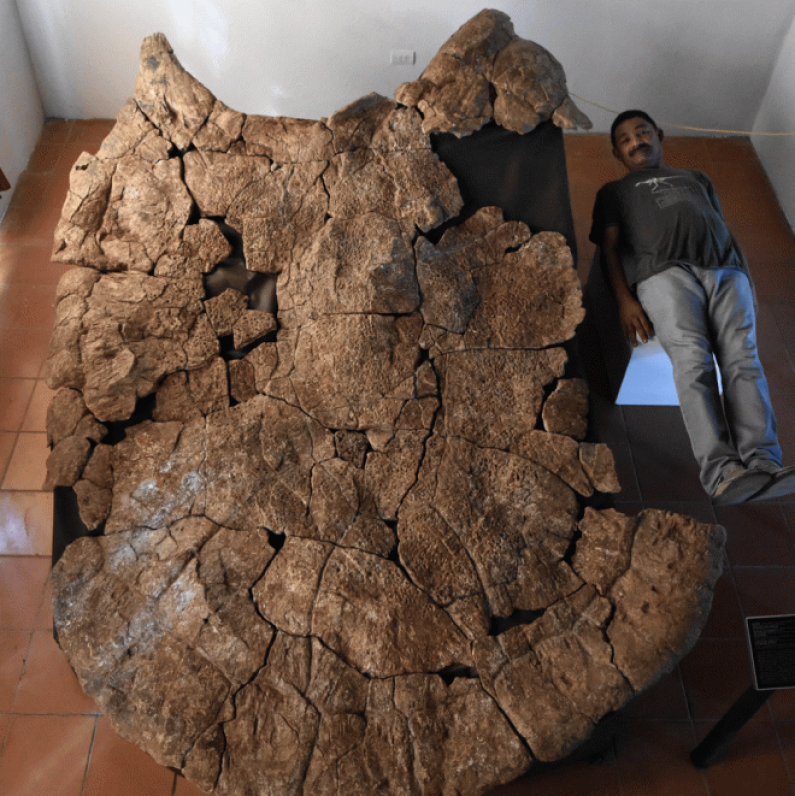