The owner of Tesla Model S told CleanTechnica that an electric car is not only convenient and fast, but also profitable

The owner of Tesla Model S told CleanTechnica that an electric car is not only convenient and fast, but also profitable

Why did you decide to purchase an electric car and why did you go with a Tesla Model S?

I was raised protecting the environment, and buying an electric car was an important part in helping to reduce pollution. Back in the ’90s, I bought my first EV, but the technology wasn’t there yet and the experience was rather disappointing. After 2 years I switched back to a normal combustion car. Almost 20 years later, when Nisan introduced the Leaf, I began to gain hope again. But because of my past experience, I wasn’t OK with too much of a compromise.

When the Model S came out, it was the first and only EV that would be capable of meeting my driving needs with very little compromise, only on long trips. Financially, it was a very big stretch for me (all cars I owned before combined were less than the price of my Model S). But I felt it was important to make the switch from oil to electric. Equally important was to support EVs and make them a success.

How long have you had it, how may miles have you driven it, and what do you like about it?

I’ve owned my Model S a little over 5 years now. I have driven 222,000 miles so far. I really enjoy the fact that I am driving on mostly clean electricity and don’t pay anything to the oil industry. This was a long time goal for me. Being a quiet car is another important aspect for me. Our cities are very noisy due to traffic. The car itself is a pure joy to drive and it has turned out to be very reliable. The Model S is a fantastic car without the fact it’s electric. The amount of space and storage is very convenient and helpful for me.

Do you charge mostly at home?

I charge approximately 70% on superchargers and 30% at home. I often drive long distances and superchargers are conveniently placed everywhere I drive.

When you charge outside of the home, has that been fairly easy?

My experience with public charging is mostly positive. Tesla’s own superchargers are as convenient as it gets. You drive up and plug in, it starts charging. No need to activate, press any buttons, no need to pay at a terminal or swipe cards. Almost all other public charging requires setting up accounts with the various networks and using membership cards or their apps. In terms of convenience, it is about the same as pumping gas. So, overall, it’s been pretty good and easy. But, frankly, between charging at home and superchargers, I don’t need anything else. I very rarely find myself needing to charge anywhere else.

About how many trips over 200 miles have you taken?

Probably several hundred. About once a week I have a very busy day where I drive more than 200 miles. A few times a month I take trips that are 300–500 miles. About 50 trips were 1,000 miles or longer.

Do you prefer driving the Model S over a gas-powered car? If so, why?

Absolutely. The way an EV drives is so much better, smoother, easier, and nicer compared to a combustion engine car. The perfectly smooth drivetrain, the lack of noise and vibration from an engine, the abundance of power, and the instant throttle response make it such a joy to drive. All three of my girls learned to drive in both the Tesla and in normal gas cars. All of them prefer to drive the Tesla and agree that it is much easier to drive. After driving an EV, a gas car feels like an outdated old machine. 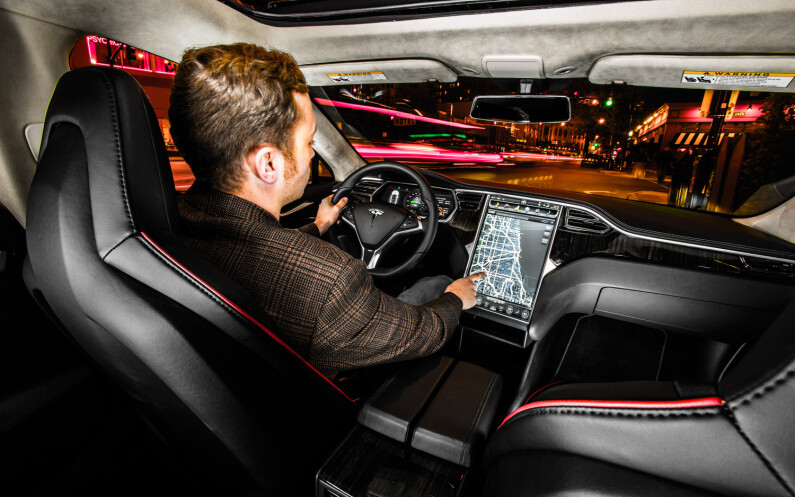 With an EV you have to plan trips a little, where you have to stop and charge, but at this point in time there are so many chargers that it’s not a worry any more. Especially superchargers are covering almost every major travel road across the US. Tesla cars will automatically plan all charging stops and estimate times spent at each. It couldn’t be more easy. Charging stops can add time to your total trip, but it depends on what your driving habits are on longer road trips. Some like to drive for many hours straight, others prefer to take breaks and get out of the car for a bit. It is important to recognize how fast EV and charging technology improves. For example, a Model 3 needs less than half the time to stop and charge compared to my 5-year-old Model S. It also has more range, allowing it to make fewer stops. I found I arrive more relaxed and feeling better having taken several charging breaks rather than driving straight for 6 hours.

Would you ever go back to driving a gas-powered car?

I would never buy another gas-powered car.

You said your battery degradation has only been about 11%? If so, how did you keep it low?

First and foremost I use the car the way I need it. Preserving the battery isn’t dictating any of my driving habits. In many ways my driving habits are not ideal for the battery. I often charge to 100%, and I drive in a rather hot environment. I use a lot of fast charging and of course just the sheer amount of driving I do. The amount of degradation seems to be about average compared to other high-mileage Teslas. Based on my experience, there is nothing you have to do as an owner to preserve the battery. Normal use of the car is perfectly fine for the battery. The only two things I recommend is to charge to 80–90% for daily driving. Keeping the battery at 100% for an extended period of time isn’t good. The second thing is avoid demanding full power when the battery is very low.

With an older battery, your charging time on the Supercharger network has increased about 25%? Does that also happen with the latest battery technology?

I can only speculate. Tesla has adjusted the charge rate down for older cars probably to be easy on the battery and make it last longer. They had no long-term experience back when they started production in 2012. Tesla has made many changes and improvements to their battery technology since then. I would assume that current battery packs will be performing better when at similar age/usage.

Based on the current condition of your Model S, would you expect it could go another 212,000 miles?

As far as the materials and components, the car is holding up very well. I’m confident it will easily go another 200,000 miles and another 5 years without any major repairs. Nothing shows extensive wear and tear. Compared to the two previous cars I owned, the Model S is holding up better. If the battery degradation continues the same way, it won’t be a concern either. But, frankly, after another 5 years I will likely be able to buy an all new EV with more than 400 miles of range for a very reasonable price.

At one point in the video you mention that you haven’t had any service work done for almost two years. Is that because of the relative mechanical simplicity of the vehicle, as in no timing belt, no catalytic converter, no muffler, no spark plugs, etc.? 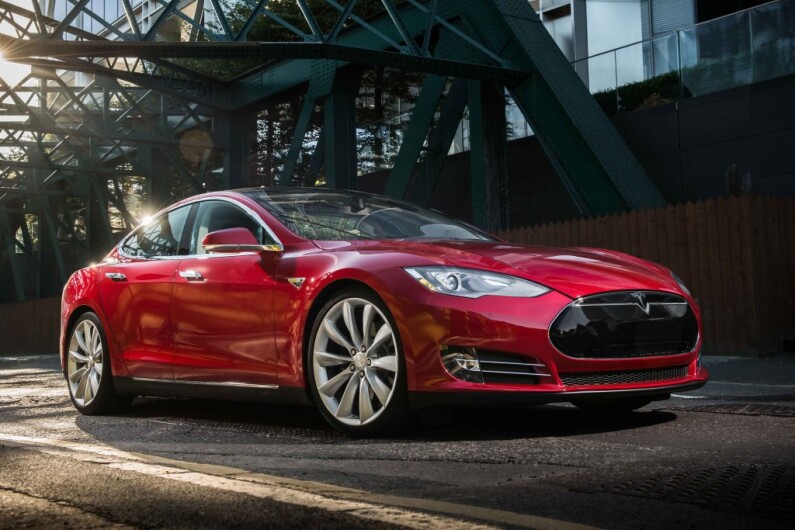 Yes, all those parts are absent in an EV. Tesla offers an annual service but since there are no parts that need regular service or replacement, that service is really not necessary. There were a few small repairs but they were easy enough to do myself. Brake pads hardly get used due to regenerative braking. Mine look almost like new after 220,000 miles. Things like tires, windshield wipers, light bulbs, and such are the same as in other cars and need to be replaced just the same.

You made some very interesting points about how the older Model S’s might be undervalued and that you have had the lowest cost of ownership of all the vehicles you have owned with the Model S. Do you think the lower cost of ownership for an EV is still one of the points some people are not understanding?

EVs are relatively new. Especially old and high mileage EVs are rare. The value of a used vehicle is traditionally measured by age and mileage. The more miles, the more the engine is worn out and brings down the value of the car. An EV drivetrain does not wear out like a gas engine, though. They last much longer. Even the batteries hold up better than expected. That’s why high mileage EVs are valued lower than they should be. Teslas seem to have a good resale value, though. The only thing that goes against older EVs is the fast advancement of technology. The number of improvements Tesla has made in just the last 6 years to almost every component of the car is unheard of in the traditional car industry. Especially battery technology is making big steps, leaving older EVs in the dust. An older EV doesn’t lose value because it is wearing out, it is outdone by the fast development in technology. If you are looking into buying a used EV, I’d go for high mileage ones. You will get those for a very good price.

Would you buy another Tesla?