Will the Ethereum be «great again»? Ethereum cryptocurrency forecast: technical and fundamental analysis

The Ethereum project continues to gain ground due to a unique ecosystem that allows creation of the decentralized applications on its base. All the ICOs with rare exceptions, collect precisely ETH tokens from...

The Ethereum project continues to gain ground due to a unique ecosystem that allows creation of the decentralized applications on its base. All the ICOs with rare exceptions, collect precisely ETH tokens from...

The Ethereum project continues to gain ground due to a unique ecosystem that allows creation of the decentralized applications on its base. All the ICOs with rare exceptions, collect precisely ETH tokens from their investors, which is undoubtedly increase the value of cryptocurrency. The project has already proven its effectiveness, as evidenced by the attention given to it both by the governments and large corporations, such as Microsoft. It is a unique ecosystem that outlines Ethereum among other projects, which allows it to be almost a market leader.

However, recently, the rate of the second-top cryptocurrency has completely ceased to please its investors. Not the first month already the cryptocurrency seeks the bottom: ETH ignores all the levels of support drawn by technical analysts. This shocks the crypto-community for sure, since at the end of 2017, many predicted Ethereum to take the first place in Coinmarketcap as the most actively functioning blockchain project in the world. Why is the project that allowed hundreds of start-ups to enter the ICO market, is undergoing the market correction so painfully?

Experts believe that, despite the enormous work of the developers, Ethereum still has some major issues — the scalability limits, high transaction fees, low transaction speeds (now the ETH transactions pass in 25 seconds, which is much more than the announced standard for Ethereum of 10 seconds). The Ethereum network can’t cope with high user loads.

What problems does Ethereum have? 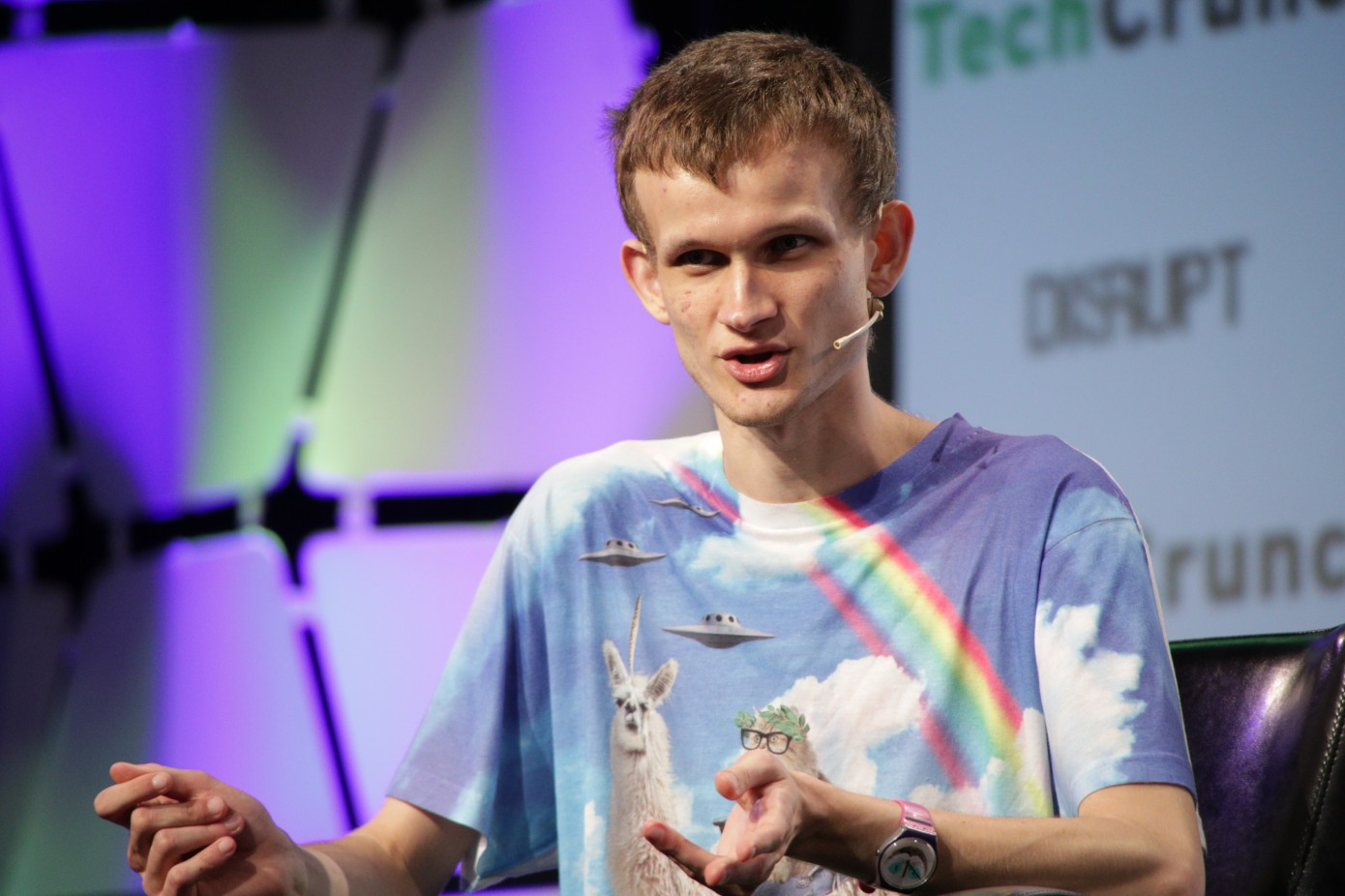 Although Ethereum is one of the few projects that have proven their usefulness with real examples, it still has many problems. We identified four main issues to be addressed by the development team.

Of course, this problem is more common for all the cryptocurrencies — users have many stories about the exchanges and crypto wallets hacks. Users also lose the private keys quite often .

Cryptocurrency and the blockchain are associated with anonymity. However, ETH, like many others, lacks real confidentiality of transactions. Therefore, those users who apply to cryptocurrencies for anonymity, choose Monero, DASH, Verge, ZCash and others. The Ethereum team has also started working on privacy.

There is a conflict in this issue: anonymous cryptocurrencies attract not only enthusiasts but also participants in various sellers of black markets (weapons, drugs, etc.), which means they will not achieve the adoption of regulators.

3. The need to switch to the Proof-of-Stake

The Proof-of-Work consensus algorithm used today is absolutely unsuitable for Ethereum: there is a severe risk of the «attack of 51%», miner hegemony and the rise in the price of mining.

The fact is that with PoW mining, the participant who receives the task first gets the reward, and the open block transaction is sent to the blockchain. In PoS mining, the reward is received by the user who owns the larger share. PoS-miners do not extract blocks literally; instead, they are engaged in transaction confirmation. This is called forging. The miner receives an amount coins, which is equivalent to his network share. All that the miner needs is to have a wallet connected to the network. Using PoS, you can mine coins without acquiring special equipment, which will reduce electricity costs. This is just the case when money makes money.

Some experts believe that the PoS algorithm will soon completely remove PoW from the market. Moreover, Vitalik Buterin promises to switch to PoS soon.

Despite all the advantages of the blockchain technology, there are still weak places present in it. Also, scalability is one of the biggest challenges. Today, Ethereum and the Bitcoin blockchains are used mainly for investments. If ever there is a question about the widespread use of the blockchains for something other than investment, you will need to take drastic measures to resolve issues with the scalability. Vitalik Buterin outlined the «blockchain trilemma,» according to which the blockchain network can simultaneously have only two of three characteristics: decentralization, scalability, or security. BTC and ETH have sacrificed scalability for decentralization and security. There are those blockchains who sacrificed decentralization or security to promote and develop the network. So far, no project has found an opportunity to combine all 3 characteristics within one network.

Zk-snarks technology as a scalability solution

The zk-SNARK zero-knowledge non-interactive argument of knowledge is a cryptographic protocol developed on the basis of zero-knowledge proof. The essence of the zk-SNARK is that the very fact of the calculation is confirmed without disclosing its data. The zk-SNARK mathematical model has the following participants: a trusted generator of an evidence key and a verification key (located outside the blockchain), as well as the approver (for example, the coins sender) and the verifier (for example, the one accepting coins). The technology will allow hiding all data in the blockchain: the initial sender address and payment destination, it’s size, and the fact of payment itself. The basics for zk-SNARK creation were developed at MIT back in the 80s. The technology itself was presented by a development team, including Eli Ben Sasson from Zcash, Inon Horesh, Iddo Bentov and Michael Ryabzev. Actually, Zcash became the first cryptocurrency working on zk-SNARK.

In 2017, zk-SNARK integrated JP Morgan Chase into its blockchain Quorum, the same year it became known that Ethereum will also introduce the technology after completing the Metropolis update. According to Vitalik Buterin, the introduction of zk-SNARK will increase the speed of transactions processing in the Ethereum network by 24 times, and for ERC-20 tokens — by 50 times.

What will the transition to Proof-of-Stake lead to?

After Ethereum transition to Proof-of-Stake, the miner’s reward will drop from 3 ETH to 2 ETH. At the moment, Ethereum mining is based on the Proof-of-Work algorithm, but developers are gradually moving to the PoS algorithm through a number of software and hard forks. So, what are the benefits of the final transition to PoS:

Will Ethereum price increase after the Metropolis hardfork?

Metropolis is another major hardfork in the Ethereum network, which will provided in 2 stages: Byzantium and Constantinople. Byzantium was held in October 2017. At this stage, the miner’s reward has dropped to 3 ETH. The result was a decrease in emissions from 14.75% to 8%. Byzantium became the 5th fork in Ethereum history. In total, the fork included 9 Ethereum enhancement protocols. As a result of the fork, the contracts received better protection, and the likelihood of re-entry attacks was also reduced.

After passing the stage of Constantinople, the reward for the found block will decrease from 3 to 2 ETH. This fact has received much criticism in the community. According to many, this is at the root of the idea of ​​decentralization: this decision was made solely by the 14th protocol developers. Such «centralization» of Ethereum and the media personality of Vitalik were criticized repeatedly. In particular, the latter is criticized for frequently referring to «saving hard forks».

«ETH has lost all the achievements along with the Bitcoin. Today Ethereum is bloated and centralized, and further plans to scale the platform are not particularly credible. In the meantime, the Bitcoin is healthy and strong as never before, and is expanding through second-order decisions and adoption by institutional investors.»

However, despite the criticism of many members of the community, the logic gives reason to believe that the course can go up. If, at Byzantium, emissions fell by almost 50%, then after Constantinople, it naturally decreases further, which will lead to a restriction of supply and price as a result. Experts believe that there is no reason to reduce Ethereum further.

Now we are witness that for the ETH / USD pair, volatility and dynamics are falling. The first goal for the upward movement will be to overcome the resistance level of $ 250, which now coincides with the moving average (MA50). Next, the pair will test the level of $ 280. The fast moving average (MA9) passes below the price at $ 227.

At the moment, the price is in uncertainty condition. The first levels of support in case of decline will be $ 204 — $ 194. A reduction to the $ 167 minimum price level set on September 12 is unlikely, and if it goes down this level will be a strong support.

On the 4-hour chart, we see that the price moves in the upward channel. The fast moving average (MA9) is above the price and tends down. Slow moving average (MA50) is located lower the price and also tends down. Thus, the price is clamped between $ 224 — $ 231 and is located at the bottom of the channel. At the same time, there are indications of a weakening of the upward movement. Despite a noticeable increase in volumes in September, we see a weakening of bears when each subsequent decline is higher than in the past.

On the hourly chart, the price is at the lower boundary of the rising channel, giving a reasonable price for buying in the medium term. However, lateral price movement from these levels is not excluded.

September showed us this year’s minimum, the so-called bottom, from which the autumn rally can start. In the current environment, we recommend buying ETH / USD for the medium term: that is, not with the goal of selling a few dollars more in a couple of days.

Does Ethereum pay for the sins of the ICO startups? What’s next?

Total euphoria on the crypto market marked the end of 2017. It was a time when market participants pardoned a growing number of fraudulent projects and fully believed in the technology. Every day another unknown project «shot Xs». It was at this time that Ethereum received its «credibility», for which it is now paying hard. It opened the way for many ICOs: developers received astronomical money amounts in Ethereum in a matter of minutes. However, paradise did not become eternal — one by one the projects went offline, selling Ethers earned on gullible investors along the way.

It turned out that most of the projects actually needed neither internal tokens nor the blockchain technology itself. Dozens of start-ups became subjects to SEC proceedings.

On the other hand, Ethereum has been targeted by the media in the context of the statement made by Gary Gensler, the former head of the Commodity Futures Trading Commission (CFTC), that Ethereum and Ripple tokens can be recognized as securities.

However, it cannot be denied that developers are continually working to improve Ethereum, and the transition to PoS could be a new milestone in the development of the crypto industry. Developers need to reconsider the place of Ethereum in the blockchain project market, propose new working solutions and then the community will believe in Ethereum again!