Why are neural networks needed in a city, and will the data be transmitted to the government?

Thus far, megacities are winning the competition: people tend to move primarily to large cities because it provides access to better education, higher salaries, improved quality of life, and new opportunities. Another significant advantage of megacities in this battle is neural networks which allow you to make life in the city as convenient as you could ever dream of!

Currently, neural networks and artificial intelligence are beginning to be introduced into small towns and sometimes even rural areas. For example, in India, artificial intelligence helps determine the best time to sow a crop. So, you can use high-tech opportunities in various conditions and solve many jobs with their assistance.

Why do we need neural networks in a city?

Neural networks frequently identify a person by their face or voice. This is what, for example, smartphones are based on. To unlock your phone, you must show your face to the camera or put your finger on the sensor for fingerprint recognition. The same facial recognition technology is used today even in banks and other institutions where maximum security or highly accurate customer identification must be guaranteed. Additionally, neural networks are used to:

Neural networks may also solve completely different problems. For example, neural networks can be used to locate those who need help. Recently, a neural network was taught to recognize individuals who suddenly get sick outside their homes and need emergency help. Facial recognition technology can make our lives easier and more enjoyable. But, will this utopia turn into a dystopia? Neural networks will gather data about each person in a city and monitor their every step.

Do neural networks transmit data about citizens to the government? 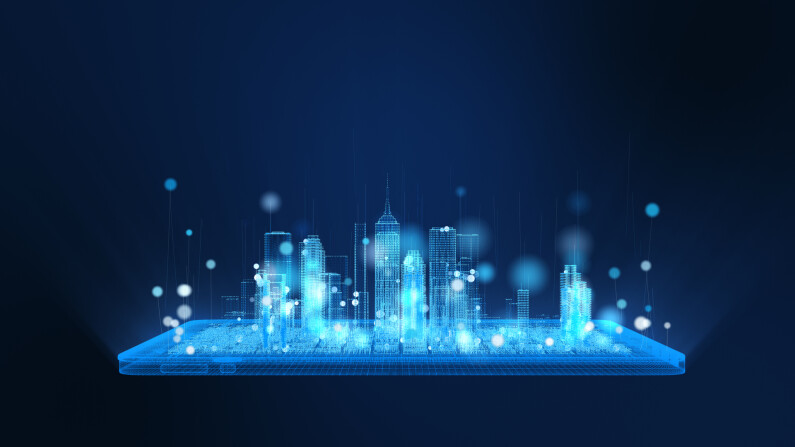 Dystopias are often described as a world where any information about human activities is available to the system. A vivid example of this kind of dystopia is demonstrated in the first episode of the third season of "Black Mirror." The main character cannot buy her dream house because her social rating is not high enough. The social rating is based on the number of likes you get for your virtuous deeds and acceptable social behavior. Therefore, anyone with a low social rating cannot qualify to buy property in upmarket areas, decent quality services, etc. Is this a dystopia? Or is this our future reality?

However, in China, these practices are already being actively implemented! One of the most exciting experiments for introducing a social rating system occurred in the Chinese city of Rongcheng. All citizens were allocated starting points, where their social rating was set up. In the future, if citizens perform socially approved actions, their social rating will grow, and they will access some benefits, such as getting an appointment with a doctor without waiting in line. On the other hand, someone with a low social rating will be deprived of access to these privileges.

All information about a person, their purchases, preferences, and behavior are already collected in a single database and processed using complex computer algorithms. So for example, social networks have long been collecting information about us and giving it to corporations so they can personalize their advertising.

In cities with neural networks that gather data about citizens, the government is more likely to have access to this information. However, it is essential to realize that this is a vast amount of data, and not everybody will receive close attention from the government. It is enough for an ordinary citizen to understand the criteria necessary for neural networks when processing data and how to behave to achieve one or another result.

Modern people cannot have the freedom from controlling authorities or large corporations our ancestors enjoyed. Modern technologies present us with a difficult choice: to give up all the benefits of civilization to protect ourselves from close surveillance or to put up with some restrictions to improve the quality of our lives?