So, it means that 20% of them are led by women. Why is that? Perhaps it is because many people are convinced that, by nature, men and women should perform separate roles. According to stereotypes and prejudices, men must be active and express themselves in the outside world. The woman, meanwhile, is meant to be the keeper of the hearth. However, is the success of men in politics and science biologically predetermined?

Researchers are increasingly pointing out that the many differences between men and women are not due to nature but are part of human fiction.

How different are women really from men?

An extensive meta-analysis was conducted at the Australian National University. Scientists analysed 204 studies which looked for the differences between females and males. The study focused on not just human primates but on 220 different animal species. The analysis revealed that practically no biological differences were found between the sexes. You can read the full version in the scientific journal Biological Reviews.

However, many of us have probably heard, more than once, about John Gray's trendy book "Men are from Mars, women are from Venus", which has become a kind of saying. The book was first published in 1992 and has gone through several reprints since then. This book has helped many to understand their soulmate or even themselves better. Although does it prove that men and women really do come from different planets?

Denying the differences in the body structure of men and women makes no sense. Still, men's and women's emotions differ considerably less than their bodies do. It used to be that men were rational, and women were emotional. Now, increasingly studies demonstrate that men are no less emotional than women. For example, recently, an article was published in the journal Nature, which indicates that during the phase of a women's menstrual cycle, the hormonal levels do not significantly affect a woman's emotionalism. However, others interpret people's emotions quite differently, depending on the gender of the one that displays them. For example, suppose a father is intensely emotional at his child's football match. In that case, others will perceive it as a manifestation of unbridled delight or anxiety. Although, suppose a woman behaves similarly. In that case, other people are more likely to perceive her emotional reactions as hysterical (even if they are joyful.)

Therefore, there are few biological prerequisites for the different behavior of men and women. However, we cannot deny that men and women behave differently in real life. And there is a more rational and scientifically proven explanation for this. 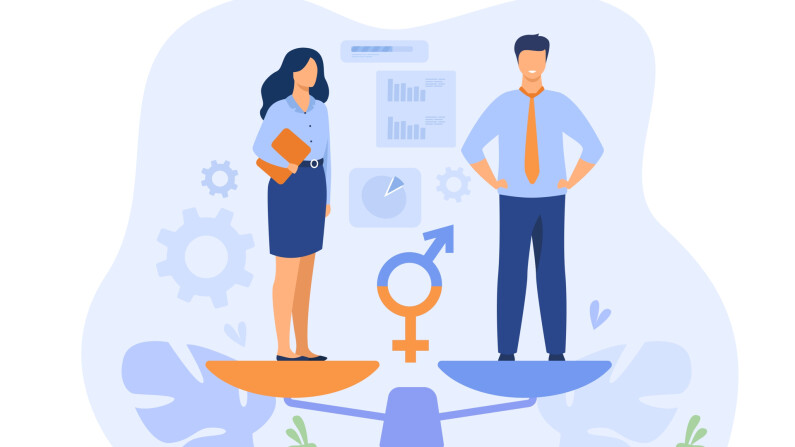 Social attitudes significantly affect the formation of female and male characters. Across many countries, including America, in the scientific community back in the 19th century, there was no question that women were intellectually inferior to men. Therefore, women were deemed not fully capable and had far fewer rights than men. Including women who were limited in their right to education; their education was ineffective and damaging. In this respect, women had no choice but to dedicate themselves to the home. They did not have the opportunity to demonstrate their intellectual abilities, so when did they refute the theory of men that women were incompetent?

For many centuries, men and women existed in different realities. Therefore, it is unsurprising that their range of interests and behaviour differed significantly from that of the other sex. Not surprisingly, women made far fewer scientific discoveries and achieved less success in science. However, modern studies conducted in conditions where women and men have equal access to education and scientific activities reveal that women's intellectual abilities, on average, are not inferior to the intellectual capabilities of men.

The misconception that men are more intelligent than women has been fuelled by another fallacy that women's brains are smaller. Although if you follow this logic, the most intelligent animals on earth should be the elephant and the whale. For example, in her book "Gender Brain," Gina Rippon reveals that modern neuroscience dispels the myth about the female brain from the point of view of contemporary neuroscience. She proves that "male" and "female" brains do not exist.

Nevertheless, to this day, some scientists still believe that male intelligence is far superior to the female brain. For example, Richard Lynn and Paul Irving published a massive meta-study in 2005. They noted that, on the Raven scale, men were, on average, almost five points ahead of women in terms of intelligence. However, the study was repeatedly criticised, and the authors of the study were caught recklessly overseeing materials and even manipulating the figures.

Not much time has passed since women were no longer restricted in their rights. However, even now, according to UNESCO, education is still out of reach for many women because of cultural and religious prejudices. Nevertheless, modern scientists continue to find increasing evidence that men and women are equal in their intellectual abilities. However, without a change in social consciousness and differences in women's societal roles, these studies risk going unnoticed and being ineffective.