When will humanity switch to eating artificial meat?

Artificial meat grown in laboratories is becoming more and more like the original product. It will probably be only a few years until we switch to an artificial diet.

Artificial meat grown in laboratories is becoming more and more like the original product. It will probably be only a few years until we switch to an artificial diet.

The idea of creating artificial meat has long occupied the minds of scientists, marketing experts, and ordinary consumers. Synthesizing, or rather growing, animal based food in a laboratory is, at the very least, an interesting scientific undertaking. Of course, there has been a demand for such a product for a long time. Food companies are seriously thinking of ways to provide consumers with a product that is as beneficial as possible.

There are several companies in the market today that have already made significant progress in creating a product that is indistinguishable from real animal meat.

What are the benefits of producing meat in the laboratory and who are the potential consumers of such food?

In the coming years test tube meat will become commonplace for all of us. The majority of the population in developed countries will become consumers of such meat products.

For manufacturing companies, the production of laboratory meat will simply be more profitable than the storage, transportation, killing, and butchering of animals. Ordinary meat is likely to be a privilege for small farms and elite gastropubs. 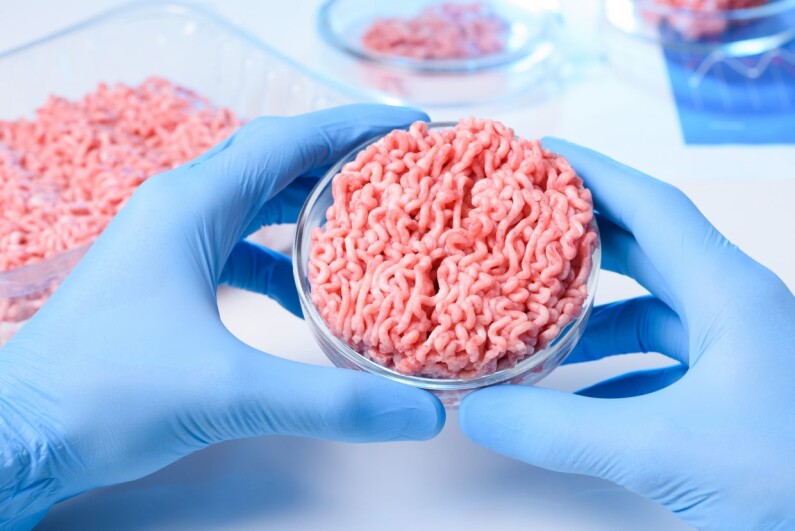 When growing artificial meat, the main problem is to create conditions for cell culture that are as similar as possible to conditions in a living organism.

The culture is grown on a nutrient medium in a Petri dish or in a specialized container. To begin with, it is necessary to obtain cellular material from which muscle tissue will subsequently be obtained. For these purposes, cells are selected that are predisposed to rapid growth and development: embryonic stem cells, adult stem cells, myosatellite cells, or myoblasts. This stage requires an animal donor, usually a pig or a cow.

After the cells are received, they are placed in a bioreactor - a unit with a thermostat, in which the culture is constantly mixed to evenly distribute nutrients and oxygen and provide an environment necessary for growth. The nutrient mixture for the culture is the blood plasma of the animal (most often the embryo) and the necessary combination of sugars, amino acids, vitamins, and minerals.

In order for the cells to grow as naturally as possible, the bioreactor provides conditions close to a living organism - pressure, temperature, and oxygen exchange.

Ordinary cell cultures grown under laboratory conditions are usually a thin layer of cells on a nutrient medium. In the case of artificial meat, a three-dimensional fabric structure is needed. An auxiliary structure is used for this that performs the roles of bones and tendons. Ideally, this skeleton should also be edible.

Another factor that needs to be reproduced is the periodic movement of muscles which stretches and develops muscle tissue.

Most scientists today are still focused on the taste of the product, but agree that they will need to work on the structure of the muscle tissue. A true connoisseur can never be convinced that he is eating meat until the product has exactly the same structure as real meat.

So far, the first stages of production require animals as cell and plasma donors for culture growth. However, in the future it will probably be possible to clone and maintain a constant supply of stem cell cultures, and the plasma can be replaced with a synthetic alternative.

Ideal conditions will allow you to get thousands of tons of product from a small culture in just a few months.

Why switch to artificial meat? 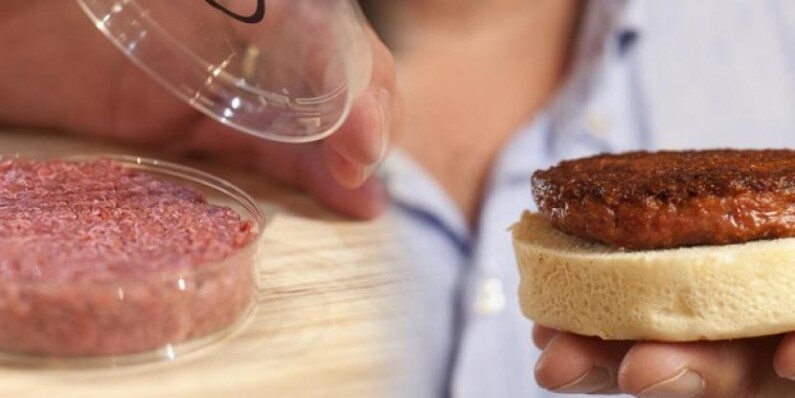 If the main motive for companies is still the same - money, and the rest is marketing, then consumers may have several reasons why they would prefer artificial meat instead of natural meat.

One of the most obvious motives is for ethical reasons. Many people become vegetarians because they do not want to be involved in the killing of animals.

Another reason is that meat produced in meat processing plants is not "eco-friendly”.

Many people limit their consumption of meat, or completely abandon it, due to the fact that antibiotics, growth hormones, and other substances are used when raising livestock and poultry on an industrial scale. At the same time, people who may not be vegetarians still prefer their meat free of chemicals.

Many believe that meat grown in laboratory conditions can be a worthy alternative. However, artificial meat is not exactly “pure”. The fact is that a number of compounds are used to stabilize the culture. For example, sodium benzoate is used to protect against fungus. This is unlikely to please fans of eco-products.

So the problem of animals being “stuffed with different chemicals” has not gone away yet.

But companies have another card up their sleeve. If you don't watch your diet, the meat they produce will at least have a balanced fat composition. For example, artificial steaks could contain more unsaturated fatty acids which improves heart function and speeds up metabolism. 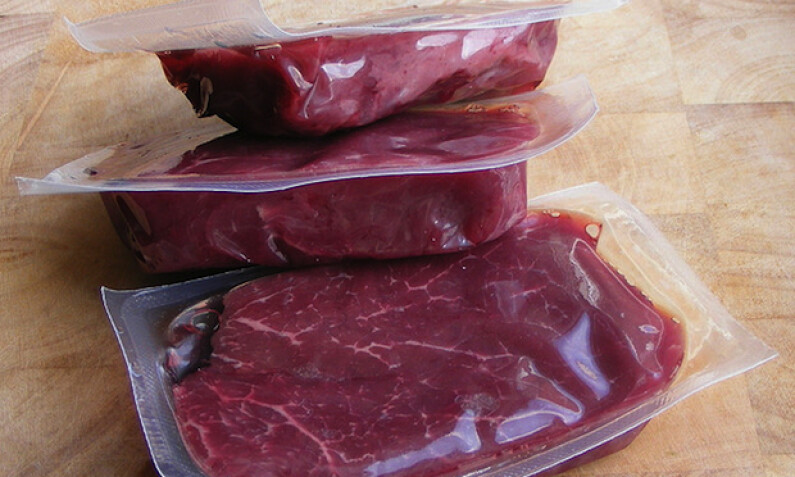 It may seem strange, but keeping livestock, among other factors, makes a significant contribution to the greenhouse effect. The fact is that more than 14% of anthropogenic emissions come from livestock production. Livestock produces a fairly large amount of methane which, like carbon dioxide, contributes to global warming. The carbon footprint from producing meat in laboratories will only depend on the power plants that produce the necessary energy.

That is why the rejection of real meat is also considered a battle against the greenhouse effect.

However, when modeling the transition to artificial meat it shows that the effect will not necessarily be positive for the Earth’s climate. The fact is that in the long term, so much electricity may be needed for meat laboratories that its generation will exceed the carbon footprint of classical animal husbandry. The simulation results were published in the magazine Frontiers in Sustainable Food Systems.

Researchers concluded that global consumption of artificial meat and its production will have less of a climatic effect than livestock, but it will ultimately overtake livestock as a larger contributor to the greenhouse effect.

In addition, estimates show that by 2050 our planet will not be able to produce enough healthy food. So scientists believe that all of humanity needs to change their diet by reducing the consumption of meat and sugar and shift their diet in favor of vegetables, fruits, and nuts. 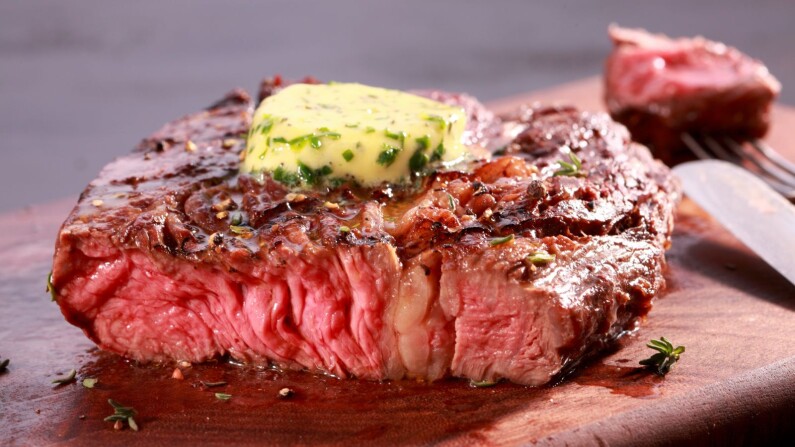 Ultimately, whether or not artificial meat will be a success depends on how affordable, and most importantly, how tasty it is. At the same time, manufacturers are faced with the task of making the taste of the product not different, but as close as possible to real meat. Even if the taste differs a little bit, people will notice it and subconsciously believe that something is wrong with the product.

The first burger with a “grown” patty was introduced in London in 2013. Its production cost was $325,000. To see how much the meat looked like real meat they invited culinary expert Hanni Rützler to test it out. She noted that, due to the lack of fat, the meat had a very strong taste and the product looked more like meat than soy products.

Today, artificial meat products are becoming more and more perfect in taste and are gradually becoming available not only to experts, but also to ordinary people. Some companies have already managed to bring the price per 1kg of product to $11.

In addition, companies are paying close attention to delicacies such as foie gras, which are very expensive due to the special process of feeding the birds. This process is also considered by many to be inhumane. Making a cheaper alternative of foie gras is much easier due to the high price of the original product. And the fact that animals were not tortured during the production process will further increase the attractiveness of the artificial delicacy in the eyes of connoisseurs.

Not only is the price expected to gradually be reduced, but also the distrust of the food grown in a laboratory. It will be tasty and inexpensive and so we will get used to it.