What is cryptocurrency mining?

The process of creating new blocks on a blockchain is called mining. It allows crypto platforms to operate. The creation of a new block is rewarded with newly issued cryptocurrency units. In this article we will look at the different types and techniques of mining, understand what a crypto farm is, and how an ASIC works.

What is the essence of Mining?

Most often, cryptocurrency mining is a process in which powerful computers perform calculations in search of a hash with the necessary properties. Finding an acceptable option usually takes a long time, while verification is quite fast. Some people think that mining is the only way to create new cryptocurrencies. But this is not entirely true - there are alternative methods: ICO and forging (minting). An ICO is the process of selling tokens to investors obtained through an accelerated or one-time emission. And minting coins creates new shares in the blockchain based on proof of ownership. Some blockchains can combine their emissions in different ways, but mostly they use only one type. So, in the Bitcoin network there is only one way of emission: a miner who generates a new block receives a reward in the form of tokens. To receive a reward, you need to receive 120 confirmations. They are given by network members. 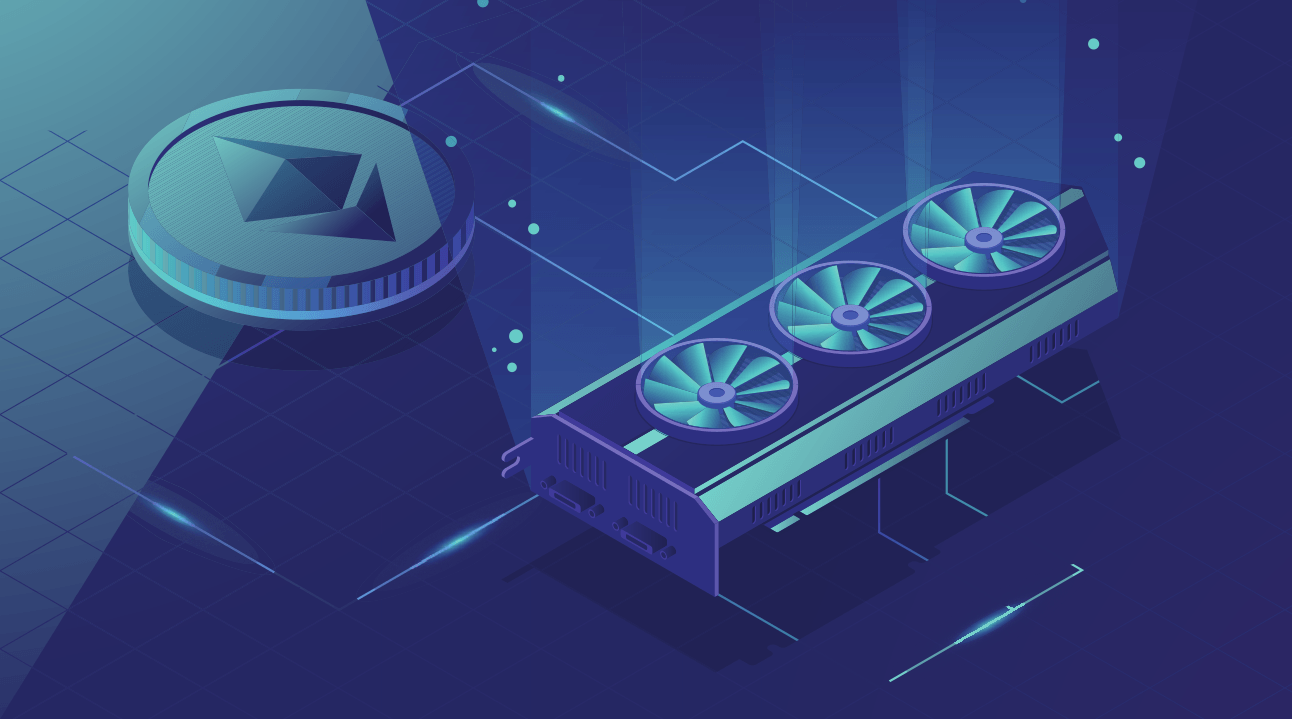 To make money mining Bitcoin it is better to unite in pools. The probability of receiving a reward for a solo miner is determined by the ratio of the computing power of his computer to that of the network. With a low ratio the chances of receiving an award are almost minimal. At the same time, the complexity of mining is constantly increasing - the conditions for a mined block are reviewed approximately once every two weeks. It used to be possible to extract Bitcoins on any computer using only a CPU in just a few months. But mining soon became so difficult that even powerful processors couldn't handle the load. Then powerful video cards began to be used and miners began to make "farms", which we will discuss below.

In English, the word "mining" means to extract minerals. In simple terms, mining is the process of generating new tokens. When computers solve complex mathematical problems newly mined blocks with information inside are created. These new blocks enter the blockchain (public "ledger"). Transactions are checked and added to the blocks. The first miner who solves the problem receives the reward. This technique was created to reward those who provide the computing power of their computers. The Bitcoin network used this method for the first time, and it is still the most widespread.

There are several things to keep in mind when talking about mining. The first and most important one we have already touched on above: the complexity is constantly growing. Let's talk about this in more detail now.

So, the first miners received 50 BTC for one mined block. From 2013 to mid-2016 - 25 BTC each. At the moment the reward is only 12.5 BTC and the reward will drop to 6.25 BTC in 2020. This trend reduces the profitability of mining. The problem of reducing profitability is partially solved by pools - combining computers into a single network increases the efficiency of mining cryptocurrencies. Pool members share the profit among themselves according to the power of their computers.

In the context of mining, there is the concept of the "socket rule" - this means that the profitability must exceed the electricity bill .

It is almost impossible to engage in solo mining in 2018 (this is the extraction of cryptocurrency without the help of other miners, using only your own capacities): this method of earning cryptocurrency has long outlived its usefulness. Mining pools are more relevant today (they have a lot of users and equipment and distribute the extracted cryptocurrency according to the power of the equipment), as well as cloud-mining (mining that takes place on remote equipment).

This article was written at the end of October 2018. At the moment, the BTC rate fluctuates between $6,000 and $7,000. BTC has dropped by 15% since September. Ethereum has done even worse: it fell by almost 50%. To calculate the profitability in 2018, we will open the official website of the ASIC manufacturer - https://www.bitmain.com/. In order to make our calculations, we took prices from this site + $100 for delivery, and $95 for a power supply. You can calculate the profitability on Whattomine (this is a mining calculator program).

At the time you are reading this article the numbers may have changed. We analyzed 8 miners, all of them are in the table below. The yield will be calculated in months based on the price of electricity. The base currency is the US dollar.

In the top table, the cost of electricity was not taken into account. Now let's calculate the profitability at the rate of 1 ruble/ kW h.

Now let's calculate how much mining will pay off at a rate of 3 rubles/ kW h:

As you can see, income is completely dependent on electricity rates. Unfortunately, in some countries there is no way to earn crypto using farms. Residents of these countries need to rely on cloud mining. We will discuss this in more detail below.

Let's now consider mining on video cards, or as the people say, on a farm.

Now that we have figured out what mining is, let's talk about hardware. As we already wrote above, initially it was possible to mine cryptocurrency on a conventional processor. But the complexity of mining has grown. The investment now required to start is comparable to investing in a medium-sized business.

The choice of equipment depends on the coin you plan to mine. In this article we will focus on mining Bitcoin and Ethereum. Today, ASIC miners (ASICs) are most often used to mine this digital gold. They look like this: 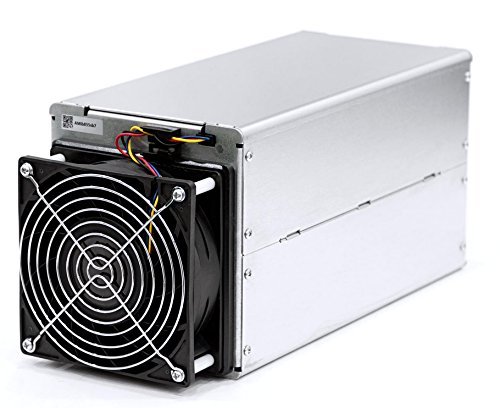 This is currently the most efficient equipment; everything else is unprofitable.

The following ASIC models are suitable for Bitcoin mining:

In 2018, GPU mining was still profitable. However, the amount of income directly depends on the capacity of the equipment. Below we will look at some important characteristics of video cards.

Below we will discuss AMD and NVIDIA video cards.

PROS AND CONS OF NVIDIA AND AMD

NVIDIA cards are better at cooling and they're easy to set up, but they consume more power. Another obvious plus - after mining, they are easy to sell because they are popular with gamers. AMD is more difficult to customize, but they have the ability to fine-tune the voltage in the firmware, which allows you to save on energy consumption. They are not so popular with gamers, so they don't sell as well.

Before choosing a video card you need to decide which cryptocurrency you are interested in. GTX video cards are ideal for mining cryptocurrencies using the Equihash algorithm (Zcash or Bitcoin Private).

HOW TO ASSEMBLE A FARM WITH VIDEOCARDS

First, consider what a farm is. In fact, it is a simple computer that video cards are connected to. With the help of a special program, the farm uses its computing power for the blockchain of the mined cryptocurrency. In principle it can be assembled at home. Below we will look at the basic building blocks for farms.

What does a farm consist of?

In order to calculate this we took a farm assembled from two types of cards: 1060 3GB (2) and AMD RX 470 4GB (2). Such a farm will pay off faster. Approximate calculations are in the table:

Remember, the more video cards installed in the farm, the faster it will pay off. Current productivity allows the farm to pay off in 8-9 months.

Let's take a look at the best mining programs. Since many antivirus programs protect computers from such programs, we recommend running them on special computers.

Ethereum remains a popular cryptocurrency for mining. The most profitable program is Claymore's Dual Ethereum Miner. It is quite simple to operate and gives a good hash rate. The program can simultaneously mine 2 cryptos of your choice. The first must be Ethereum, but the second can be chosen from Siacoin, Lbry, Pascal, or Decred. They will be mined at almost the same speed as ETH. There are versions of the program for Windows and Linux.

Conveniently, Dual Ethereum Miner helps you use different types of video cards in the same farm and gives statistics on their operation. This helps identify problems and effectively set the parameters. The program has a commission: 1% for mining one coin, 2% for 2 coins. The Decred coin can still be mined without commission.

Cloud Mining produces cryptocurrency using a single remote information processing center and joint computing power. This option is great for people in countries with expensive electricity where farms are not viable.

You can use different types of hosting for cloud mining. The first (and most popular) option is to rent equipment from a supplier. In this case, the owner is also involved in the maintenance of the equipment. The second option is to rent a virtual private server where the software is installed.

WHO IS A GOOD FIT FOR CLOUD MINING

In 2018, making money on browser mining is possible. It is performed with the help of an integrated programs browser. They use the free power of a computer. Before analyzing these programs, let's focus on the main criteria for choosing a program. The following is important: reputation, how long the company has been working in the market, the minimum amount of payments, the availability of an affiliate program, and the format of payments.

This program has been on the market since September of 2017 and the minimum payment is 0.05 rubles. You can earn up to 10% through the affiliate program. At WebMining.co the mining process starts immediately after registering on the site. It is adjusted with a special slider. The program has a 5-level affiliate program.

This program has been on the market since February of 2017 and has an average reputation. The minimum payout is 0.0004 BTC. With the help of an affiliate program you can earn up to 15%. The base cryptocurrency for the service is BTC. GetCryptoTab mines Monero - you can even use a processor to generate it. Productivity and, accordingly, earnings from GetCryptoTab are relatively low.

They have been on the market since mid-2017. It has a very good reputation and allows you to withdraw any amount. It is a survivor in its segment. In early 2018, the startup held an ICO to raise additional funding. The site has several sections: in the Publishers section you can add your site or blog to the database and generate a script for mining cryptocurrency on visitors' computers. In the Mining section, mining takes place at the users' own facilities. In the Referral section you can work with partners. You can connect multiple devices to your account to increase profitability.

IS IT WORTH IT?

Of course, mining is no longer as profitable as it was a few years ago. But this does not mean that you cannot make money doing it. It still remains a safer way of earning money when compared to trading.