Logically, the market and the rates are influenced by technical and fundamental reasons. To understand the first ones, we look at charts: we analyze the volumes, prices, graphic patterns, price levels, and other technical indicators. To perform fundamental analyses, we review media publications, legislative changes in different countries, the factors leading to the declining trust in fiat currencies, measures taken by banks and other large financial institutions with regard to cryptocurrencies, etc. But there is a third reason for changes in the rates — manipulation.

Hitecher reviewed some widespread «conspiracy theories» explaining the rise and fall of digital currencies. In this article we will discuss secret cartels, trading bots and crypto paging.

Theory 1. «A secret bitcoin manipulation cartel» or the invisible hand of the cryptocurrency market

A blog post describing in detail the cartel’s operations was published on Medium, but it has already been removed. We found the translation of the original post here.

«Cartel» is understood as an association of several businesses that got together to set uniform prices for goods or eliminate competitors. According to this theory, the cartel sets gradual decrease in the price of certain assets as its goal. The followers of conspiracy theories believe in the existence of a cartel that manages global economy. The cartel has mostly been interested gold, silver and uranium. Bitcoin was added to its list in December 2017.

The cartel started its operations after the launch of futures on the Chicago Mercantile Exchange (CME). Everything that has been happening to BTC rates from that time onwards and the current correction of more than 50% is the result of the cartel’s operations.

According to the aforesaid theory, the cartel’s main tool is futures contracts. Once they have been introduced, gold, silver and uranium prices have plummeted never coming back to their formers highs. 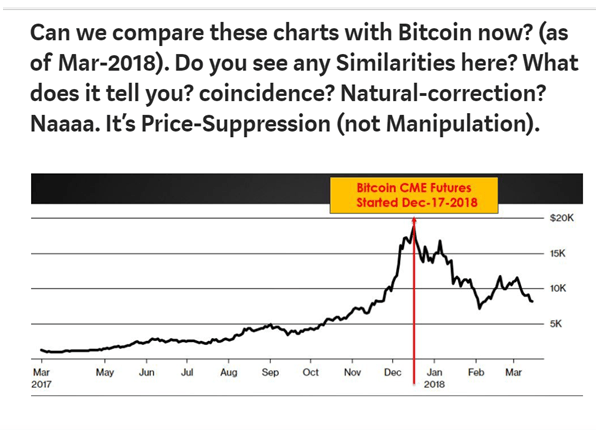 Another tool employed by the mysterious cartel, according to the theory author, is news, which are often times fake. Therefore, most of the news items appearing in the media are not accidental, all of them are accompanied by massive dumps organized by the «cartel». On March 30, 2018, suspicious activities were recorded on OKEx exchange: someone was deliberately putting up orders to sell. Thereafter, the exchange administration published a notice of suspected price manipulation.

The cartel members include traders, agencies, financial institutions, mass media. One of the proofs that the cartel actually exists is intentionally late media coverage of the event, where asset prices respond to news published, rather than the event itself. The spreading of fake news can be illustrated by the attack on the e-mail system of the People’s Bank of China and the sending out of «warnings» to the effect that Hong Kong’s state financial authorities and the People’s Bank of China are going to take new measures to ban Bitcoin trade both in China and Hong Kong. The news hit all the media dealing a severe blow to the bitcoin rate.

The theory author explains the actions being taken by the elite by its desire to gain control over money, since the global circulation of cruptocurrencies threatens to devaluate fiat (the faster bitcoin would have grown, the faster people would have converted all their money to bitcoin). In response to a natural question of why not just ban the unwanted financial instruments, the author says that a sophisticated game is being played to form a negative attitude towards the constantly falling bitcoin among ordinary people and at the same time make good money on the rate jumps. Direct bans would only turn the society against the ban initiators.

Big money, conspiracies, fake news in major media — all this is certainly very intriguing. However, the author’s ranting does nothing, but cover the lack of facts. For example, the article provides no evidence as to cartel’s ties with large financial institutions. It carries only two media publications, the most recent of which goes back to March of this year. As of this writing, the price was $ 5,900, and it is $ 6,500 now. Does it mean that the cartel is not doing its job properly and we will not see prices hitting the psychological threshold the author is setting at $ 1,000?

Early June, the Russian-speaking crypto community circulated an article about curious coincidences between the transactions made from «whale» wallets and rate movements. The investigation was released in three parts you can find here. 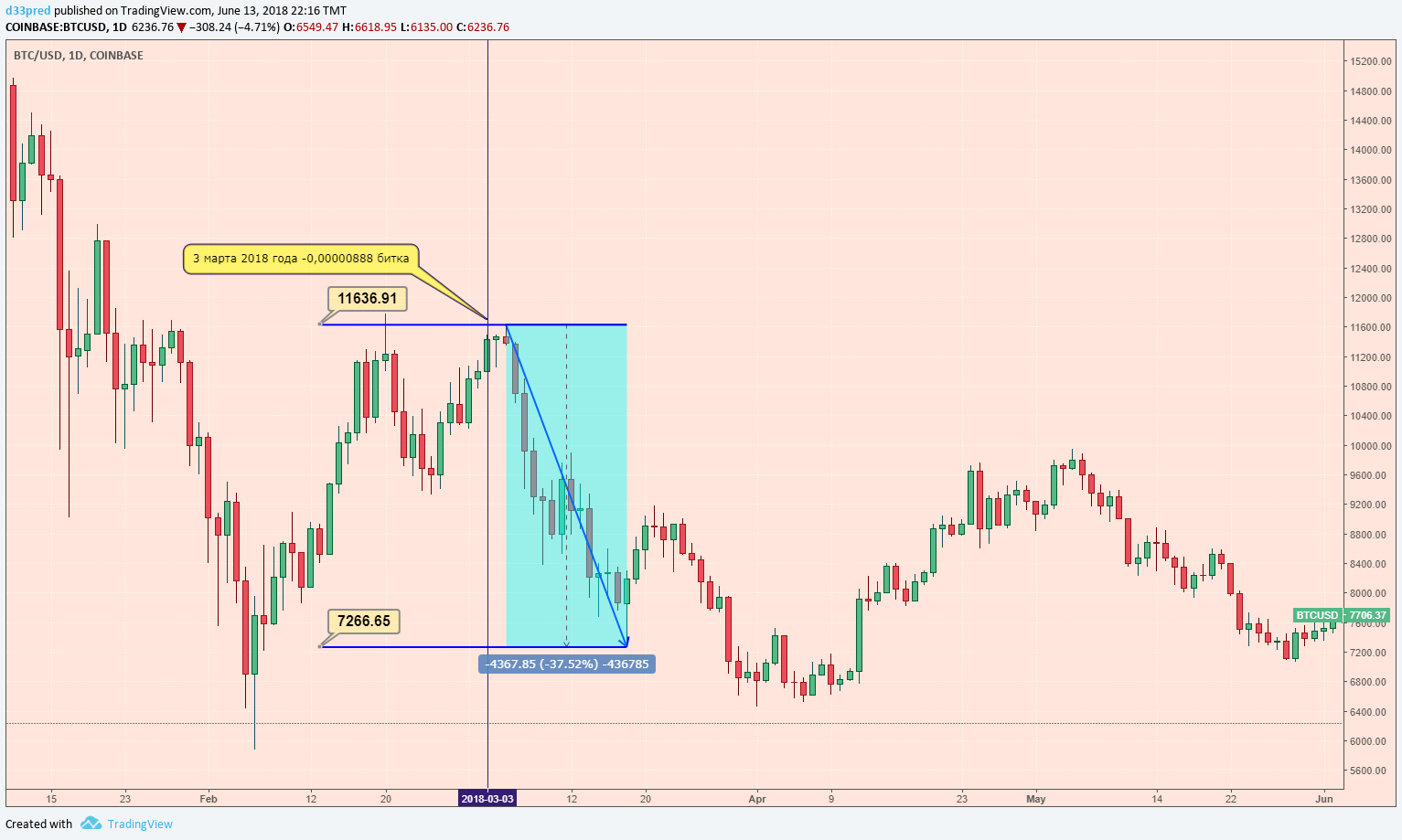 The author classifies this wallet as a kind of hub that receives a great deal of small amounts. 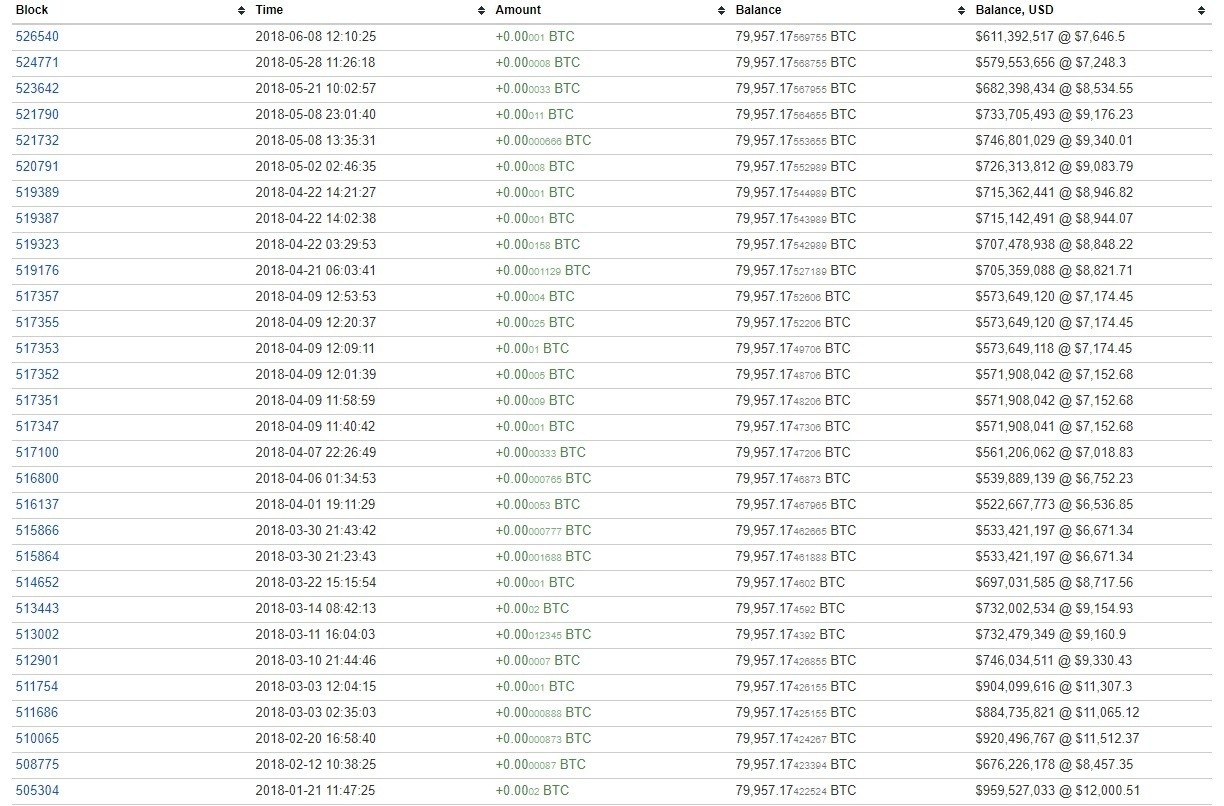 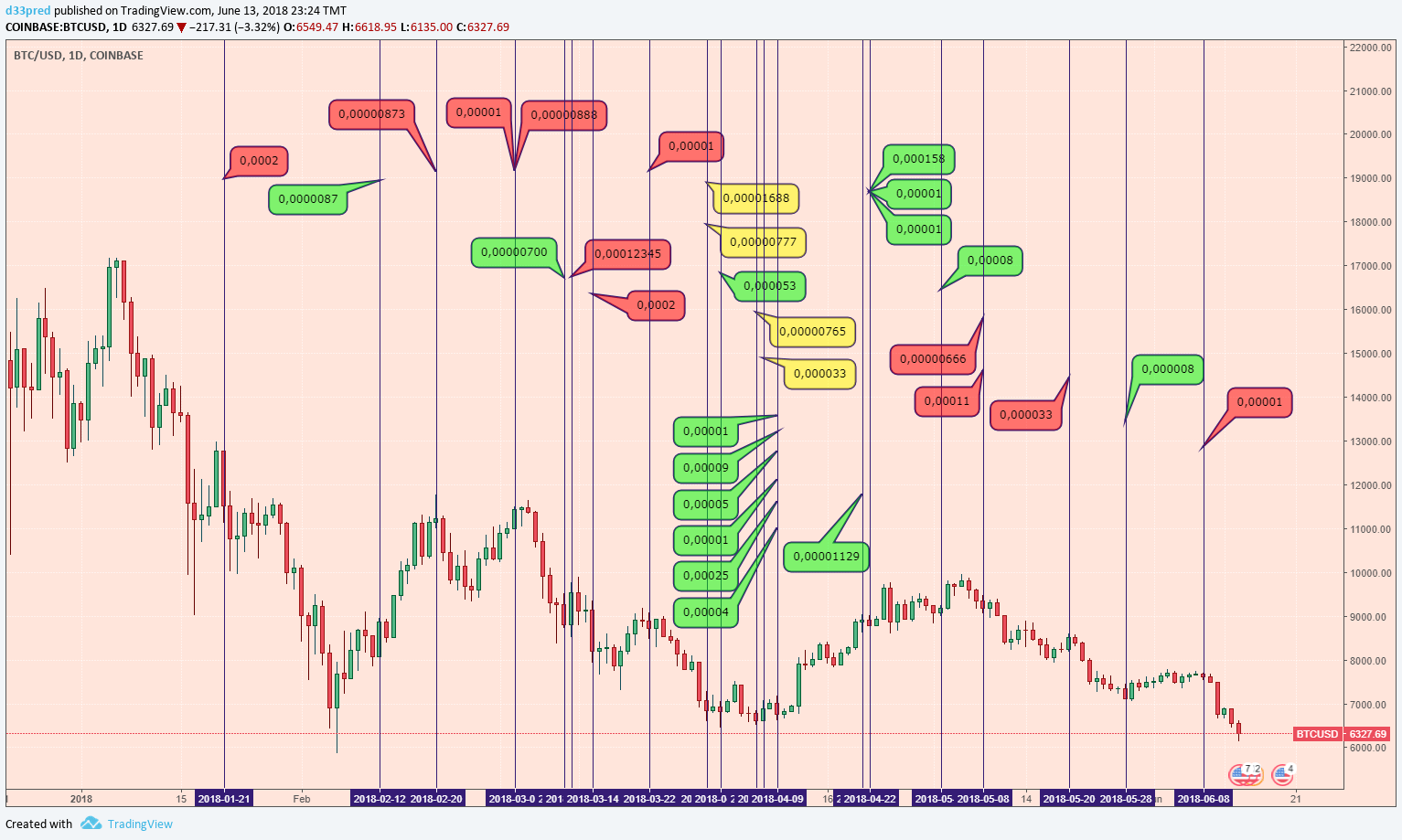 The author of the study came up with a very interesting theory of crypto message exchanges among major market players. These signals may be a tool used to control trading bots — another manipulation theory we are going to discuss.

The Wall Street Journal recently published the findings of its study, according to which the activity of trading bots had led to Bitcoin-ETF rejection and even become an obstacle to the regulation of the entire industry. Researchers say that trading has long turned into the war of bots. The strategy commonly used by bots is to post orders to sell at lower rates forcing market participants to put up orders to buy at those rates. Just before the purchase is completed, the bot suddenly cancels the sell order, whereupon the buyer’s order remains unexecuted. It gives the impression that the asset price is higher than it really is resulting in the rise in the asset price. This tactic is called spoofing. US futures and stock markets closely watch and suppress spoofing, but it still holds in the cryptocurrency market.

Another tool that is being used is «ping — pong», where buy and sell orders can be executed to oneself helping at the same time to increase trading volumes. This tactic is also prohibited in futures and stock markets.

It is not only cryptocurrency exchanges that are using bots: artificial intelligence recently accused Goldman Sachs of BTC rate manipulation. It recorded that just before the publication of the fake news that Goldman Sachs was suspending the development of its cryptocurrency trading desk, a 10,000 BTC short position had been opened against the generally bullish mood in the market. 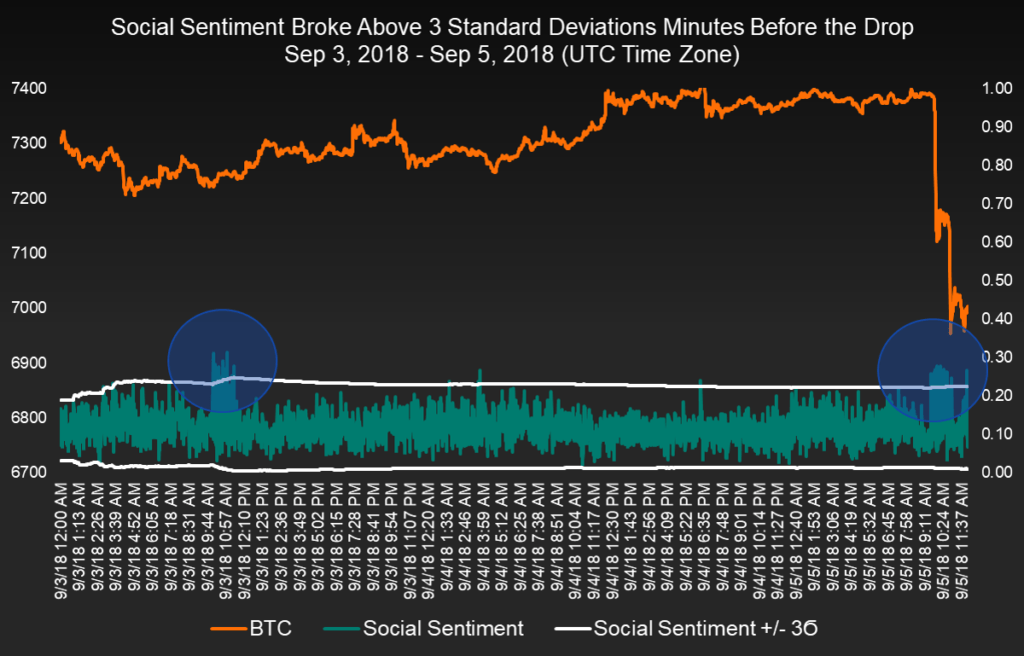 At that moment, the social sentiment index showed a sharp 3 point downwards change against its average value.

Such spontaneous changes are unnatural before a drastic fall, and RoninAI analysts attribute such unusual behaviour to manipulation and insider trading.

Any manipulations require a control tool on the part of the authorities. Comprehensive countering of large-scale manipulations will only be possible after the adoption of cryptocurrency regulations. It is one of the most important challenges all countries of the world are trying to find a solution for. However, the US continues to be the main newsmaker in regulatory matters . With the development of the legislative framework and the solution of other organizational issues, there will be less room for market manipulation. The amount of news coming from regulators in 2018 clearly indicates that the development of laws is underway. What will the outcome of that be? Time will tell.