CRISPR/Cas is one of the most promising technologies developed in the field of genetic engineering in the past few years. Scientists have managed to transform bacterial immune systems, allowing them to make precise modifications to any organism’s genome. Some of the potential applications of this technology are treatment of hereditary diseases, creation of next-level antibiotics, and genetic modification of animals and plants.

CRISPR/Cas is one of the most promising technologies developed in the field of genetic engineering in the past few years. Scientists have managed to transform bacterial immune systems, allowing them to make precise modifications to any organism’s genome. Some of the potential applications of this technology are treatment of hereditary diseases, creation of next-level antibiotics, and genetic modification of animals and plants.

Genomes are complex, intricately tuned systems containing all the information about the organisms they represent. All attributes are coded within DNA as a long sequence containing the four letters A, G, T, C, which correspond to the nucleotides adenine, guanine, thymine and cytosine. For example, the human genome contains over six billion symbols.

This nucleotide sequence can often contain errors. Many of them are caused by harmful effects that impact the organism throughout its lifetime. But some of these errors might be hereditary, passed on along with a faulty DNA molecule from a parent.

Built-in repair systems can successfully correct most errors by comparing damaged areas with healthy DNA copies. However, in the case of hereditary diseases, the problem is that the damaged DNA forms the basis for the entire organism.

Treatment for hereditary diseases usually only compensates for adverse effects, without correcting the underlying genetic code. And yet most genetic diseases are caused by just one incorrect letter in the code.

The CRISPR/Cas system is based on the bacterial immune system that protects bacteria from viruses. Scientists have managed to improve and supplement the natural defense mechanism with a toolkit that provides them with a quick and inexpensive way of correcting DNA in plants, animals and humans. These changes occur only in specific parts of the genome without affecting other areas. 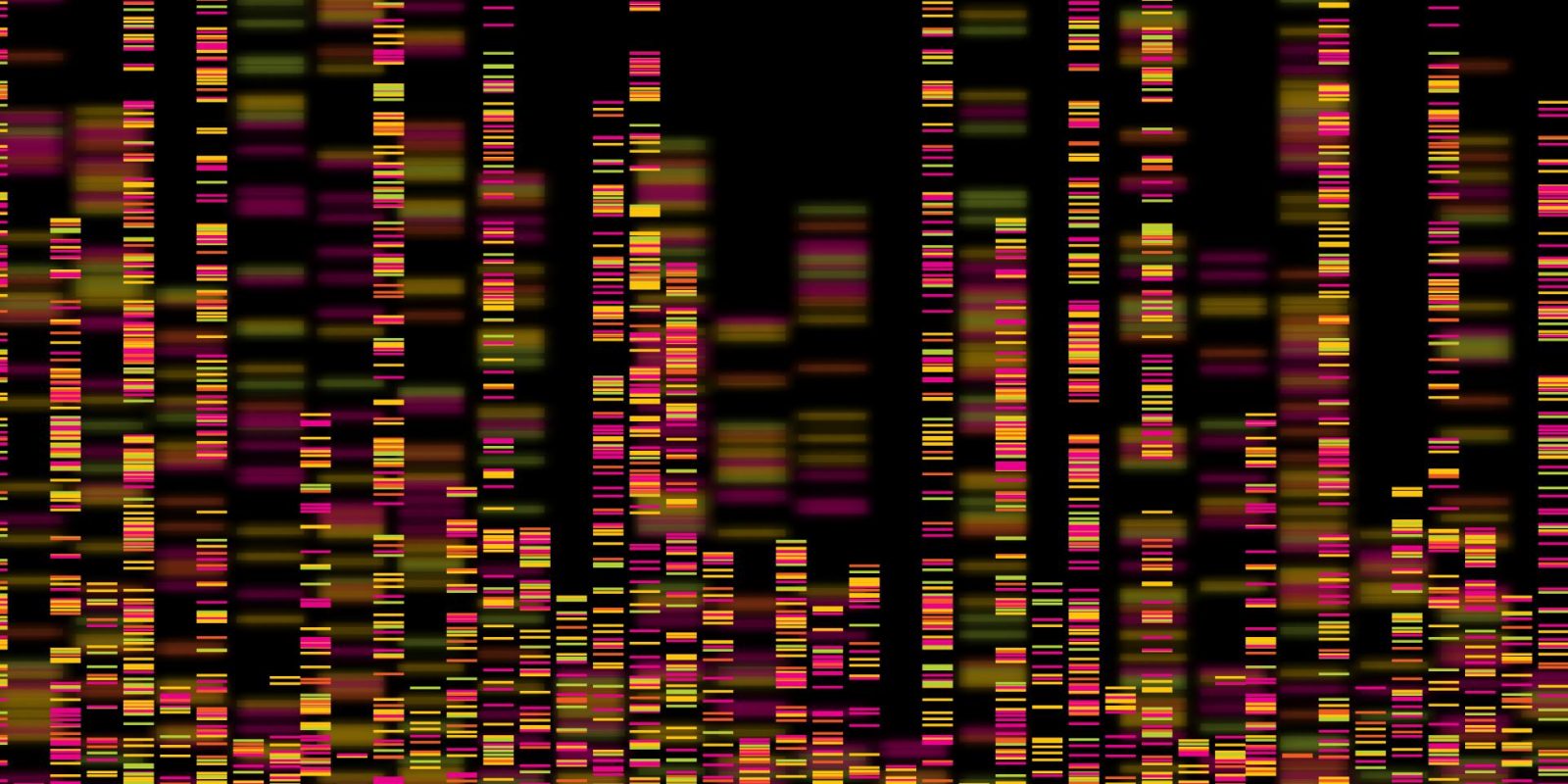 A special area of the DNA, containing fragments of viral genomes separated by identical nucleotide sequences, is an important part of the system. Based on these fragments, the cell synthesizes short sequences called CRISPR-RNA, or RNA-guides, which operate similarly to human antibodies and can identify viruses contained in the DNA.

These repeating sequences, later named CRISPR, were first discovered by Japanese scientists in 1987. But the purpose of these unusual DNA segments was unknown until 2007, when microbiologists working in the dairy industry identified them as part of the bacterial immune system. They also identified the key role of Cas proteins — protection from viruses.

When a viral DNA molecule penetrates the cell, Cas9 proteins with attached RNA-guides identify foreign genetic material and cut it into fragments, some of which are integrated between CRISPR sequences, with others processed in their entirety.

Until 2011, this discovery had only fundamental value within the science community. But research done by Jennifer Doudna and Emmanuelle Charpentier showed that RNA-guides can be replaced by a sequence corresponding to a specific part of the genome where the chain needs to be broken.

The beginning of 2013 saw the invention of a technology that not only broke up these DNA chains, but allowed scientists to fully edit them. Scientists complemented prior findings with a system of enzymes to restore DNA.

This new technology opened a wide avenue for practical applications of the system. The number of research papers focused on the CRISPR/Cas system has been growing exponentially in the past couple of years.

Other enzymes were discovered in addition to the original Cas9: for example, Cas13 offers the opportunity to edit RNA, rather than DNA.

Gene modification methods existed before the invention of CRISPR, but their low level of accuracy, lengthy and difficult process, as well as their high cost all prevented them from reaching large-scale implementation. The cost of modifying one gene using CRISPR is just several dozen dollars, and the result is ready in a matter of hours. Another advantage of this technology is its total versatility for all types of organisms. 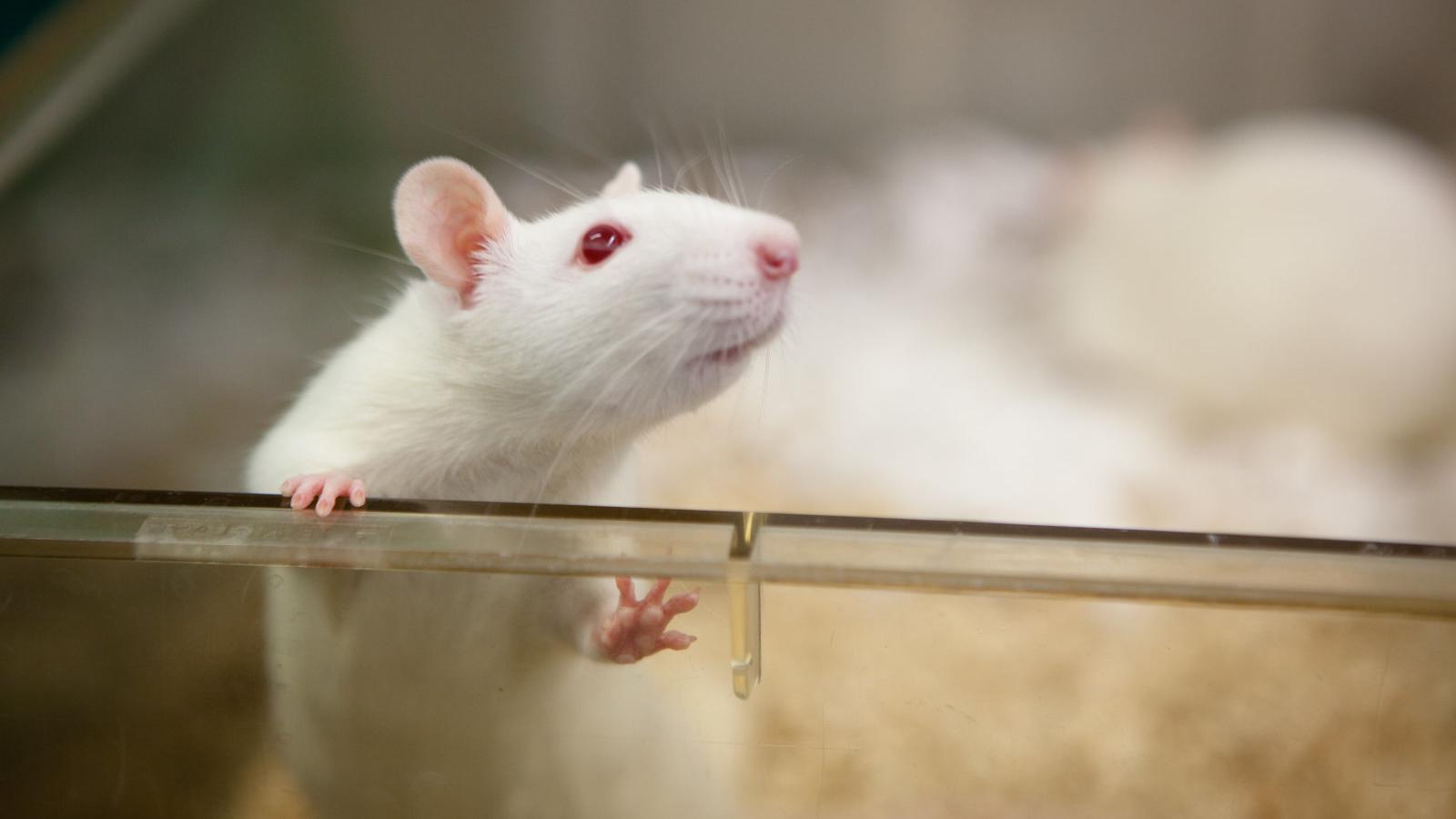 Muscular dystrophy is caused by defects in the gene that provides instructions for making a protein called dystrophin. Without dystrophin, muscle cells can’t develop normally, which is why patients suffering from this disease start losing their mobility at a young age. People with this illness rarely live longer than 20-30 years.

A group from Duke University was responsible for one of the research studies. Localized modification of mutations found in mice suffering from DMD helped restore muscle tissue to 8% of the norm. This is an encouraging result, as restoring even 4% results in increased life expectancy.

Meanwhile, a group from the University of Michigan managed to reduce manifestation of DMD by editing sex cells in mice. 80% of baby mice born to cured parents did not exhibit the most severe cases of this disease.

Researchers from China followed their American colleagues’ suit by repeating the experiment. The scientists noted that even some of the muscle cells far from the injection site were successfully restored. 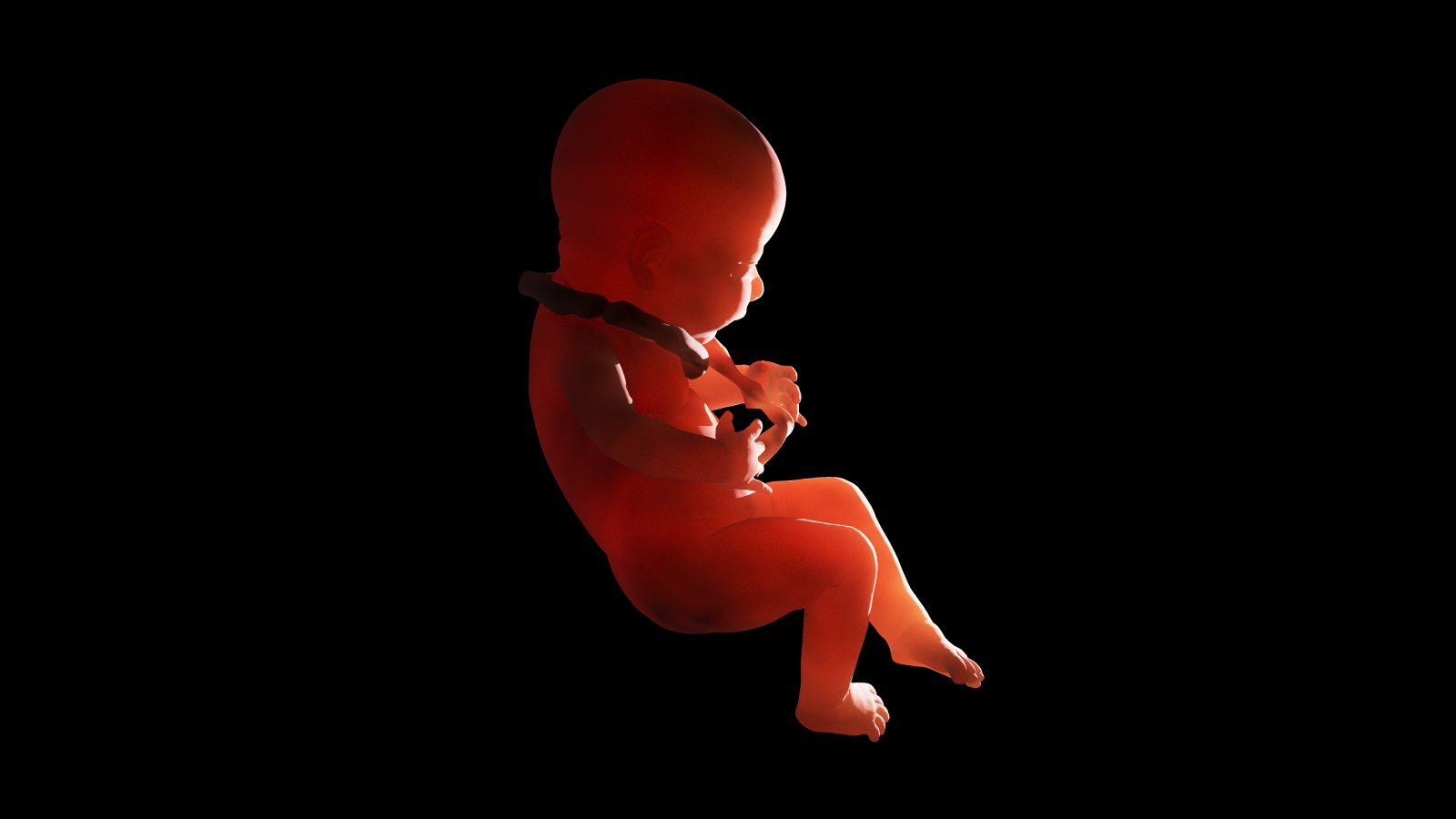 The technology was first used on human embryos in 2015, in an experiment conducted by Chinese researchers. Using the protein Cas9 and a special RNA-guide, they tried to correct a defect responsible for beta-thalassemia in a fertilized human egg.

At the time, the technology was not yet sufficiently advanced to perform such operations. The mutation was reversed in 5-10% of embryos. However, all embryos mutated in other parts of the genome because of the RNA-guide’s low precision or low protein specificity.

In the beginning of 2016, genetic modification of human embryos for research purposes was legalized in the United Kingdom. Only one group of researchers from the Francis Crick University was allowed to perform this experiment, under the condition that their experiment would be performed in under 14 days and all embryos would be destroyed in the end.

In 2017, American scientists united with their Korean and Chinese colleagues to correct a mistake discovered in embryo genes, which was linked to hypertrophic cardiomyopathy. The experiment turned out to be more successful than the one conducted in 2015 by their Chinese colleagues: the genome was restored in approximately 25% of the cases.

In fall 2018, the world was shocked by a scandalous experiment carried out by Chinese scientist He Jiankui, whose efforts resulted in the birth of the first children with edited genes. According to the researcher, he managed to disable the CCR5 gene and make the embryos resistant to HIV. 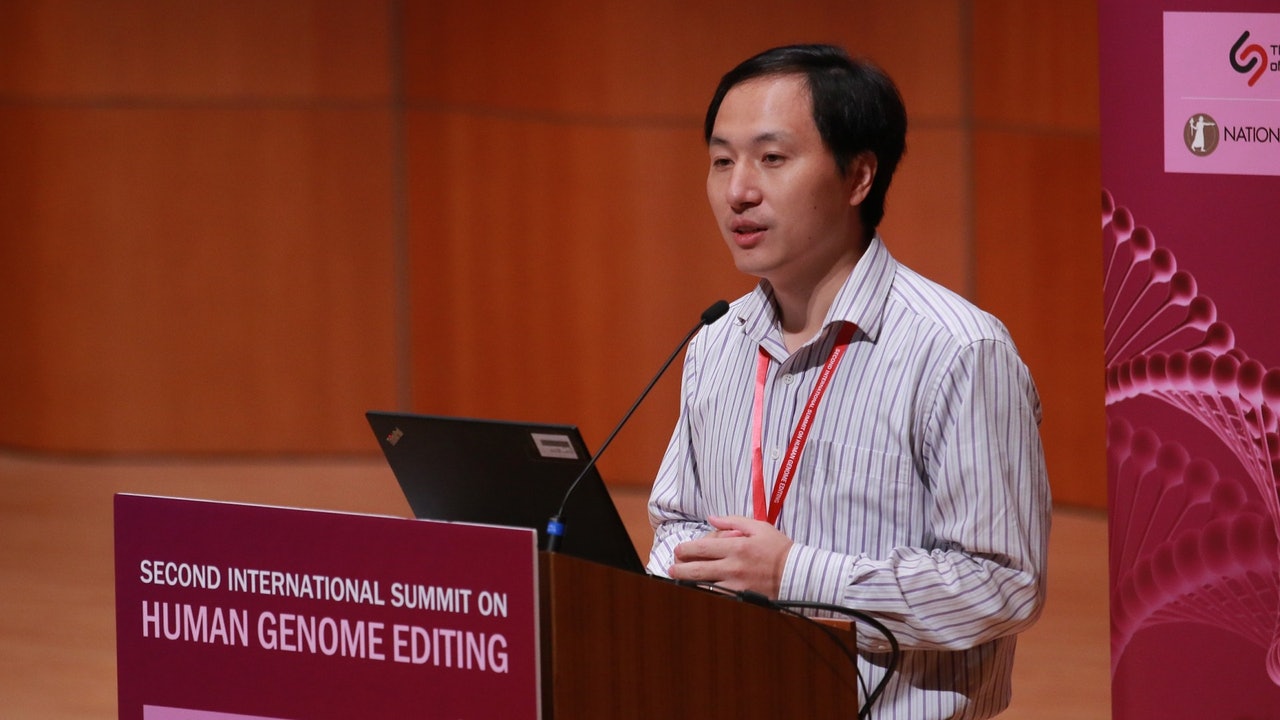 Following the interview where He Jiankui presented his experiment, there was a torrent of criticism for his violation of Chinese ethical norms and laws. The Southern University of Science and Technology (He Jiankui’s employer) denied any involvement. The administration stated that the scientist’s experiment was conducted during an unpaid leave, outside the territory of the university.

After a wave of public outrage, mass media reported that He Jiankai had disappeared. In January 2019 it was officially confirmed that genetically modified twin girls Lulu and Nana had indeed been born, and that He Jiankai was under investigation.

In 2016, Chinese researchers performed a revolutionary procedure, editing the genome of an adult patient diagnosed with lung cancer. The procedure was performed by taking the patient’s T lymphocytes, replacing their genome, and re-introducing them into the patient’s body.

The new lymphocytes did not contain the protein PD-1 gene responsible for suppressing the immune system. Thanks to this improvement, the malignant cells lost their lymphocyte resistance.

The CRISPR method essentially serves as a replacement for treatments based on antibodies, which work in a similar way, but lack in precision and predictability.

The future of CRISPR systems 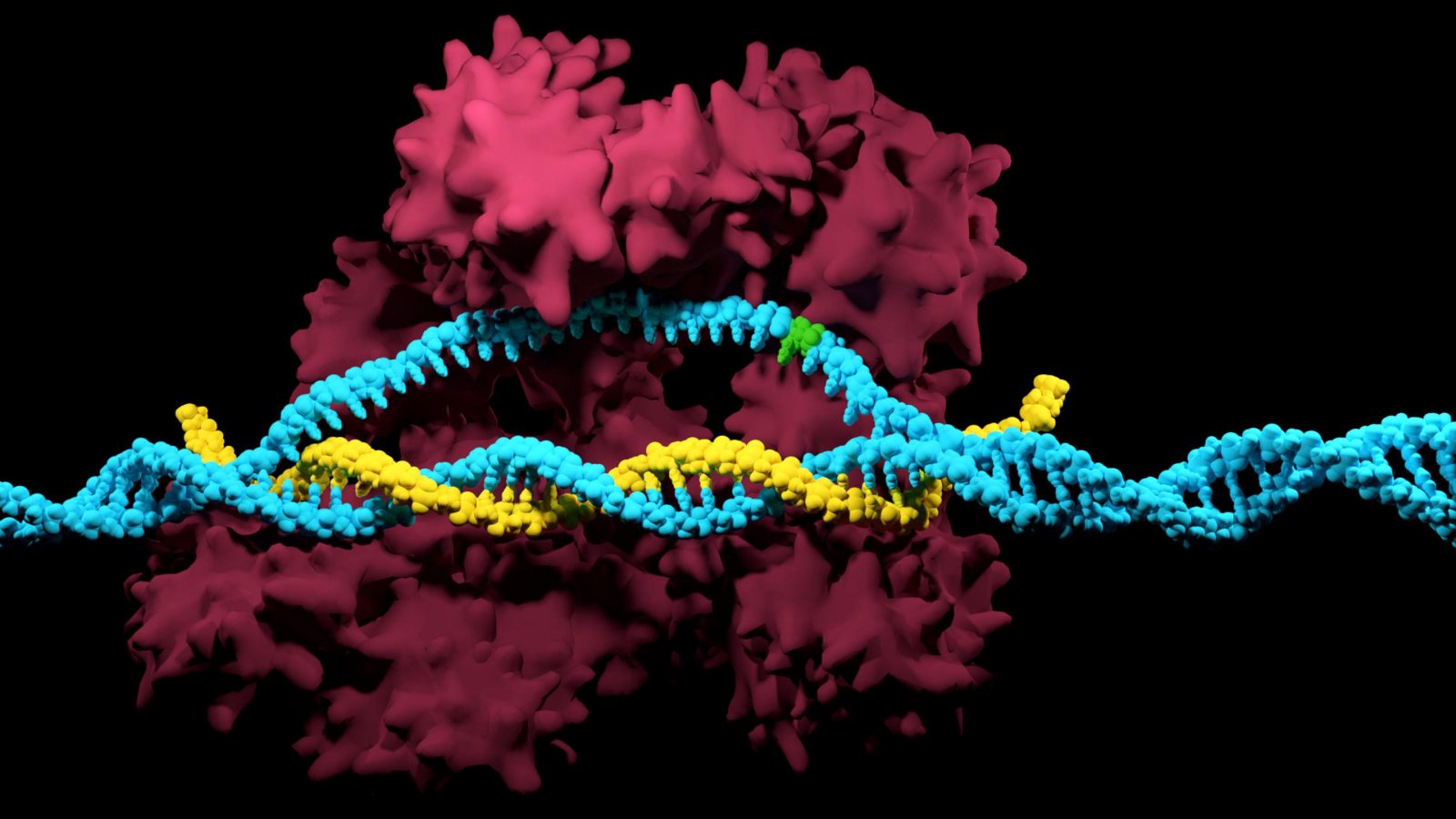 CRISPR has become a highly demanded and popular research topic. In just a few years the number of experts working on this topic has increased exponentially, meaning that we can expect continuous refinement of the way this technology is used. The ability to modify separate nucleotides contained in a genome brings humanity closer to developing effective treatments for serious illnesses and achieving a higher level of control over our own bodies.

In addition to applications in healthcare, CRISPR has enormous potential in agriculture and developing new antibiotics.

Considering the results of experiments performed on human embryos, the idea of creating a human with certain defined characteristics seems much closer to reality. Naturally, these methods will create discord in society and in the scientific community. However, at present, the technology isn’t precise enough to completely exclude the possibility incidental mutations, so it’s too early to worry about its implications for humanity. According to some researchers, the likelihood of creating malignant mutations when using CRISPR can be as high as 15%.