BTC price analysis in October: is the outcome close?

BITCOIN price movement last week After the reaching the maximum on October 6 ($ 6741), the price formed a local downward channel, in which it moved during the last days (see hourly chart). Tonight, October 8,...

BITCOIN price movement last week After the reaching the maximum on October 6 ($ 6741), the price formed a local downward channel, in which it moved during the last days (see hourly chart). Tonight, October 8,...

After the reaching the maximum on October 6 ($ 6741), the price formed a local downward channel, in which it moved during the last days (see hourly chart).

Tonight, October 8, the price reached the level of $ 6640 by the very same scenario. In this case, you can see exactly the same price movement BTC / USD before the upward breakthrough on October 6 and today. The time and nature of today's candlestick (opening and long shadow up) are also identical to the candle of October 6th. At the time of writing, the BTC is trading at $ 6,603, the very same level of important resistance that we wrote about earlier.

Fast moving average (MA9) crossed the slow (MA50) from the bottom up. The MACD indicator in the trading area - all this indicates a price increase, but it’s essential to gain a foothold above the current level for this to work.

On the 4-hour timeframe, the price reduction on October 2 expanded the uplink from September 11. The price continues flat in the record-breaking narrow range at the lower channel boundary. Sliding averages are located lower than the prices. MACD indicator is also in the trading area.

On the daily chart, everything is much more interesting. The price is moving closely to the verge of a triangle, more and more market participants take a waiting position. The fast MA9 is below the price, the slow MA50 is above the price and above the slow MA9, thereby acting as resistance at $ 6625, which is the same as HI at the time of review writing. The MACD indicator tends to enter the trading area, but without volumes, it is too early to talk about the upward movement.

Positive news had been all around in media during the last month (we wrote about it here), while actual volumes remain low. Overall capitalization is not growing as well and current market stands at $ 218,512,483,005. It is impossible to speak about a positive upward movement. Those who understand the psychology of the market know: if everyone around anticipates the growth, you need to be on the alert and hold your ground. We have repeatedly written about this in our reviews.

What happened with the cryptocurrencies in the first week of October?

However, nothing new: SEC postponed the decision on 9 Bitcoin-ETFs again (from ProShares, GraniteShares and Direxion companies) to a new deadline on October 26. “But after all the last time the decision was postponed until December,” you probably think. So you will be right: on September 20, the regulator announced the launch of the official application review process and determined the deadline on December 29. However, on October 6, the SEC ren August. You can read about what the Bitcoin-ETF are and why they are so important for the cryptomarket here. It is worth noting that the statements of the SEC have absolutely no effect on the BTC price. Therefore, the probability of a rally at the end of December or at the end of October remains questionable ...

In Venezuela, the Petro cryptocurrency has officially been launched. The website went online (petro.gob.ve), where Venezuelans can purchase tokens for the Venezuelan fiat, as well as get themselves crypto wallets. 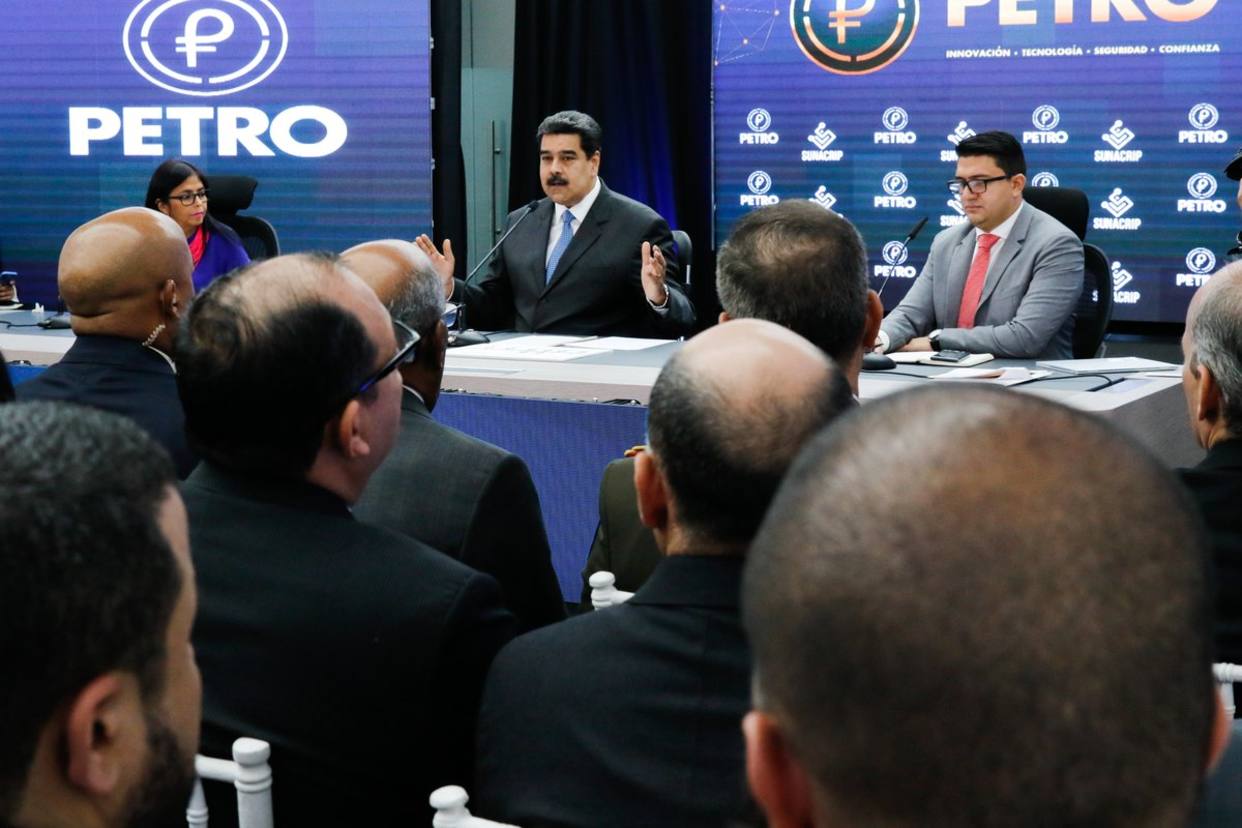 President Nicolas Maduro made an official statement about it on the air of state TV. One Petro costs $ 60. Since August, wages in the country are tied to cryptocurrency. Venezuela became the first country in the world to launch a national cryptocurrency to cope with a severe economic crisis. Thus, in June, inflation reached 46,000%, and according to forecasts, by the end of the year it can reach up to 1,000,000%. However, Petro's cryptocurrency is still not recognized by the world community. The only international bank that supported the Venezuelan cryptocurrency was the Russian Eurofinance Mosnarbank.

As we said before, the news is extremely positive lately. Thus, many media outlets passed the opinion of Spencer Bogart (Blockchain Capital's adviser), who was confident that the price of BTC had reached its bottom, and events over the past 7 days would guarantee rapid growth of the main cryptocurrency in the market and market capitalization in general. He is echoed by Tom Lee, who said that, according to a Fundstrat survey, more than 54% of institutional investors believe that the market has already hit bottom. The news picture clearly is about market growth. However, is it worth succumbing to universal optimism? Read our recommendations for the current week below.

At the moment, all our open positions for the purchase bring profit. Our readers opened them either manually or with pending orders ranging from $ 6100 to $ 6450. Soon, the calm before the storm may end: a sharp puncture is likely down to the lower limit of the triangle - the level of $ 6300. You can place pending orders above the support levels with a stop behind them.

Once again we remind you: be cool and do not give in to emotions, filter the incoming information. This will give you maximum profit. Have a great week!