The streaming video sites market continues to grow. Netflix, Amazon, Apple and other corporations are extensively working to create their own content. However, the monopolists’ classical approach to creating...

The streaming video sites market continues to grow. Netflix, Amazon, Apple and other corporations are extensively working to create their own content. However, the monopolists’ classical approach to creating...

The streaming video sites market continues to grow. Netflix, Amazon, Apple and other corporations are extensively working to create their own content.

However, the monopolists’ classical approach to creating VOD-services imposes significant limitations: either a user gets the system of recommendations set by the company or tries to find his way amid a huge number of movies and TV shows. Moreover, large services offer mainly what is profitable in terms of sales.

Cinezen, a Swedish startup, is developing a blockchain-based solution to combine movies and TV shows of different genres and trends, as well as classical and modern works on one platform.

Cinezen’s platform will allow film lovers to put together their own film libraries and promote them among their friends and subscribers. The platform will help to overcome geographic restrictions and give independent producers a chance to monetize and promote their films

Smart contracts underlying the system will simplify copyright control and funds distribution within the chain comprising producers, owners, distributors and end users. Rightholders will be able to raise more money for the industry and make their distribution more transparent. For everyday users, Cinezen provides a comfortable way to watch any film and TV series, where supporting producers directly is faster and easier than trying to find a way to download content for free. 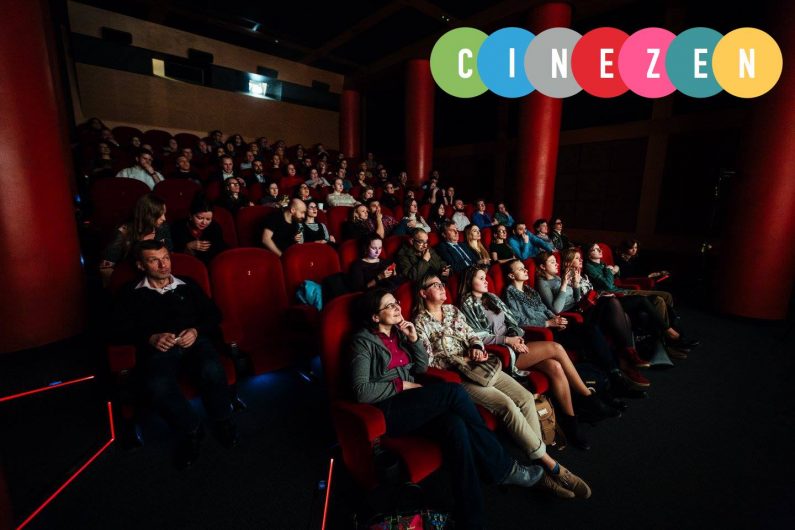 The company was founded in September 2017 by Sam Klebanov, producer and film distributor. The project was supported by AltaIR venture fund.

In the spring of 2018, the first presentation of the Cinezen product took place in Cannes. The beta version of the platform has already launched with several dozen films uploaded and made available.

Cinezen uses Ethereum’s network. Smart contracts helped the founders to reduce administrative costs and paperwork. Complex interactions among market participants are now controlled by the decentralized system automatically: when a user buys a film to watch, the smart contract instantly transfers to the rightholder its share of revenue directly, without any third party involved. The price is fixed in US dollars and converted to the appropriate amount of ETH at the current exchange rate. In future, the company is planning to issue its CNZ tokens and add the bank card payment option.

One of the Cinezen’s objectives is to create an alternative to VOD-services that impose their priorities on users and in the first place promote the offers that are most profitable for them, rather than those meeting a user’s preferences. Companies are forced to do so because they cannot combine on offers catering for all possible tastes on one platform — it is too costly and difficult from the legal viewpoint.

The new approach — Blockchain Video-On-Demand, BVOD — brings right holders and viewers much closer together. All legal details are resolved in a transparent manner using blockchain entries with Cinezen essentially providing a tool for direct interaction among market participants.

Among the issues faced by today’s film market the most challenging one is distribution, in other words, the delivery of content to end users — the viewers.

The idea proposed by Klebamov is a platform for virtual video stores which can be opened by any user or company. A viewer can easily get lost amid thousands of films and simply miss what could have been of interest to him. Instead of choosing individual films, Cinezen allows you to choose stores that offer collections of works representing particulars genres or trends, or matching the seller’s taste. Cinezen is a platform for those who love cinema more than money.

"Those days video stores acted as intermediaries You’d go to your favourite store, and there would be this guy there named Quentin, who would tell you to watch this Hong Kong thriller or that spaghetti western which you would otherwise have never learnt about. And it was your favourite store because of that Quentin. Such people don’t exist any more: there are just a few platforms that determine what to put on the main page. We, as creators, waive this viewers control function and return it to the community. Any third party can create and curate its own library."

How does it work?

To test Cinezen’s beta version, you need to register at beta.cinezen.io using the plagin MetaMask. The plagin is available for Firefox, Chrome and Opera allows you to attach a Conbase ShapeShift to your Ethereum account or get a separate address.

The site has access to the complete list of movies and stores. Three are only three stores available so far, but the developers promise that very soon any user will be able to create his own store.

Films can be rented for 48 hours for 1 Ethereum. Cashback accures on all the films paid for in PCNZ tokens, which can be exchanged during the token sale for CNZ. One PCNZ costs 10 cents.

As of now, videos are played using the built-in browser player, and the video stream is automatically adjusted to the highest possible quality level. In future, the platform will be equipped with a full-fledged HTML-player with quality selection functions and more user friendly control system.

The CDN network distributes optimal images traffic depending on the region and user network capabilities.

To protect the content, the developers use DRM encryption technology integrated into smart contracts.

The complete platform release is scheduled for the first quarter of 2019.

Next year, Cinezen will have TV series available, as well as the option to download content by making a one-time payment. Works purchase prices for permanent use will be determined by the rightholders.

Enthusiasts will be able to add their own film translations subject to the agreement with rightholders.

Cinezen’s representative told us that company may start producing its own content, when it «become as big as at least 5% of Netflix».