Hello everybody. Let’s have a look at the market developments. We wrote about a possible decline earlier, and our readers were ready for such a turn of events. On 10 January the price went down to $3,700 where...

Hello everybody. Let’s have a look at the market developments. We wrote about a possible decline earlier, and our readers were ready for such a turn of events. On 10 January the price went down to $3,700 where...

Let’s have a look at the market developments. We wrote about a possible decline earlier, and our readers were ready for such a turn of events. On 10 January the price went down to $3,700 where it spent some time. On 13 January it continued on the way down to $3,570 where it found support. The moving averages are above the price. The EMA50 crossed the EMA100 from top down, forming a sell signal. The EMA50 at $3,670 acts as a local resistance — very close to $3,700, which will also be a resistance if there is an attempt to go up. The MACD indicator is in the sell zone. 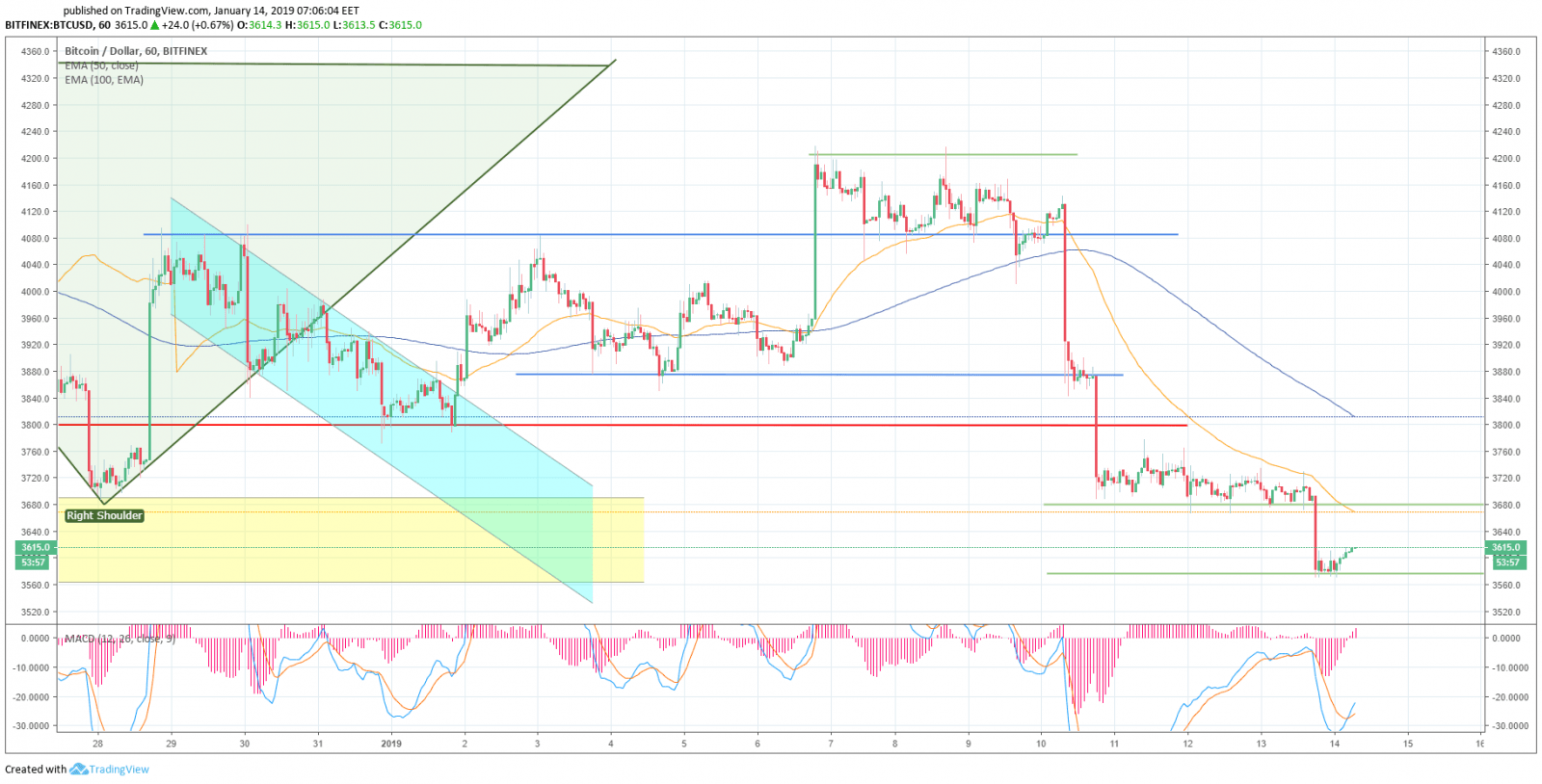 On the 4-hour timeframe the moving averages are above the price. The EMA50 crossed the EMA100 from top down, helping the continued bearish trend. The MACD indicator is in the sell zone. The price has currently found support at the $ 3,570 level, from which it is trying to go up, but there are clearly no volumes to drive growth and after a short consolidation the price may drop lower. To post growth, it is essential to overcome resistance at the approaches to $3,700. The EMA50 at $3,823 will also pose resistance to growth.

On the daily timeframe, the positive trends have changed to negative ones. The MACD indicator, reaching the neutral zone, reversed down. The moving averages are above the price and tend to go down. The support and resistance levels are clearly visible on the chart. Many market players are confident that the current decline is a great opportunity to buy long positions. This may be true; however, no signals currently suggest a market reversal.

What will this market week be remembered by?

Ethereum Classic suffered a 51% attack last week, but the developers later called the event ‘mercenary mining’ as no cases of coin double spending were recorded. By the way, dues to these events, users of the Augur prediction platform began to bet on ETC delisting from the Coinbase Cryptocurrency Exchange.

Are the exchanges’ balances shrinking?

Analysts have noted that the Bitcoin exchanges’ balances have dwindled last month and 6% BTC and ETH kept on a variety of platforms have been withdrawn over the last few months.

Launch of the NASDAQ-based platform

Last week saw the launch of the DX.Exchange, a cryptocurrency exchange based on the NASDAQ infrastructure. Some time after the launch, a major security bug was discovered that was quickly removed. 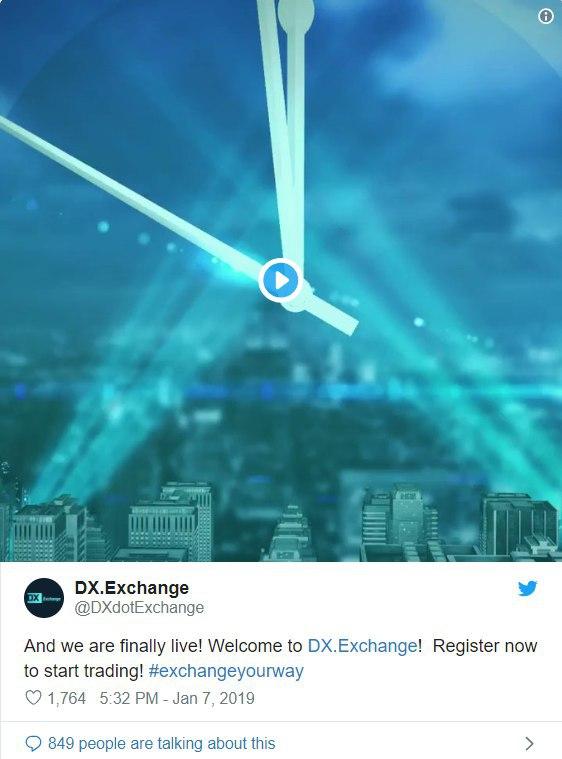 Sometimes not trading is the best recommendation and, if you are not willing to take risks, it is better to refrain from trading. Thinking long-term, we are still not closing our long positions, given a continued down trend. The search for a reversal is increasingly burning individual traders whose patience has run out.

There is still a probability of hitting the 2018 minimum. It is the expectation of finding the coveted reversal point that forces many players to buy positions. But the positions are closed at the stop points. And what happens if you miss the reversal point?

Will the market cease to exist? Or is it just greed and desire to earn an extra 1% of profit that drives traders to do rash things? The latter is more likely, in our opinion.

We wish you all good profits.