Scientists Reveal Impact of Cigarette Butts on the Environment

Researchers from Anglia Ruskin University (UK) have identified the damage caused to the environment by such type of waste as cigarette butts.

Researchers from Anglia Ruskin University (UK) have identified the damage caused to the environment by such type of waste as cigarette butts.

The number of smokers is declining, but millions of cigarette butts are still thrown away every day. Each of them appears to be harmless, but together they severely damage the environment.

To conduct their study, the scientists planted lawns with ryegrass and white clover, the both of which are traditional British plants. They also used non-menthol and menthol cigarette butts of various sizes for their research.

Cigarette butts were randomly scattered all over the lawns, and within 3 weeks, clover root weight decreased by 58% and its germination success by 28%. In the case of ryegrass, these figures came to 10% and 13%, respectively. What is important is that filters from unsmoked cigarettes caused as much damage to the environment as used filters.

It turned out that it is not tobacco, but mostly the cellulose acetate fibre contained in cigarette filters that caused most damage to the environment. 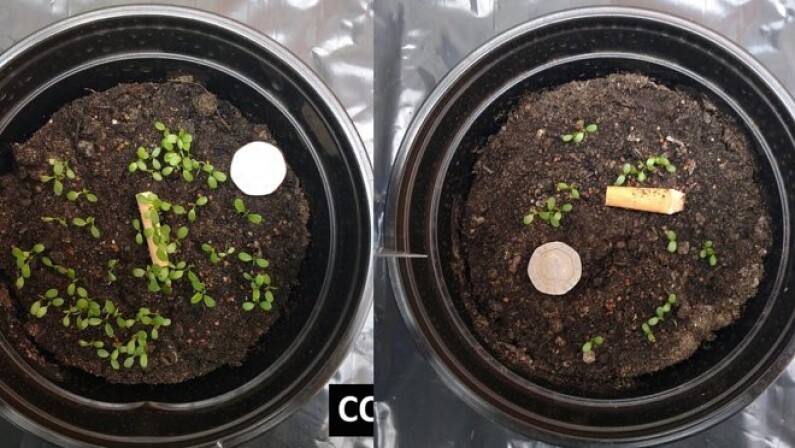