Looking for a Violin Teacher? Take a Couple of Lessons from this AI

Spanish scientists from Pompeu Fabra University have created artificial intelligence that can play the violin. The developers have not yet decided whether the programme should teach music or engage in concert activity.

Spanish scientists from Pompeu Fabra University have created artificial intelligence that can play the violin. The developers have not yet decided whether the programme should teach music or engage in concert activity.

In order to teach the machine to play the musical instrument, the scientists asked a violinist to demonstrate classical playing styles one by one. The positions of the musician’s hands while he was playing the instrument were recorded by a special bandage that recognizes gestures. It enabled the programme to remember how the instrument should sound, and what kind of actions were required to achieve specific effects characteristic of various genres of music. 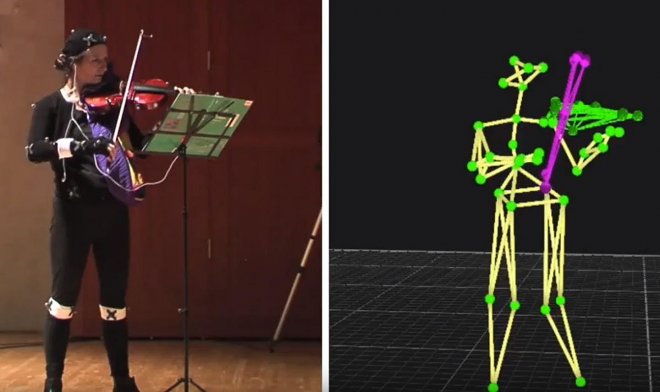 Artificial intelligence copied the playing technique with an accuracy of up to 94%. The machine could play something by itself, but it needs special equipment to do that. The programme that has the skills of several musicians of different levels and instantly notices mistakes in the performance could be used as a music teacher, but it requires further work.