Due to investigations of american magazines it became known about the leakage of personal data of almost 50 million facebook users. Cambridge Analytica claiming to conduct a sociological survey has collected...

Due to investigations of american magazines it became known about the leakage of personal data of almost 50 million facebook users. Cambridge Analytica claiming to conduct a sociological survey has collected...

Due to investigations of american magazines it became known about the leakage of personal data of almost 50 million facebook users. Cambridge Analytica claiming to conduct a sociological survey has collected information about user activity in the social network in order to simulate their preferences and create targeted advertising. It is possible that the company has influenced the opinion of American voters with help of the data collected.

Ordinary users and large companies are massively deleting now their Facebook profiles. Interesting fact is that Brian Acton, the WhatsApp co-founder was one of the action initiators. In early 2018 Acton left WhatsApp to create a new startup.

It is time. #deletefacebook

Elon Musk has joined the protest against illegal collection of personal data and deleted Tesla and SpaceX Facebook Pages but decided to keep his companies Instagram accounts.

As a result Facebook has lost over $70 billions within 10 days. Mark Zuckerberg promised to make safer personal data protection and told it in his personal note. Moreover Facebook purchased advertising in several big UK magazines in order to apologize to users on behalf of Zuckerberg. In particular the text with his apologies was published in The Observer, which was the first to publish an investigation into the leakage of data. The same issue showed the caricature of Zuckerberg, where the entrepreneur regrets that he "had to stop ignoring data leaks." 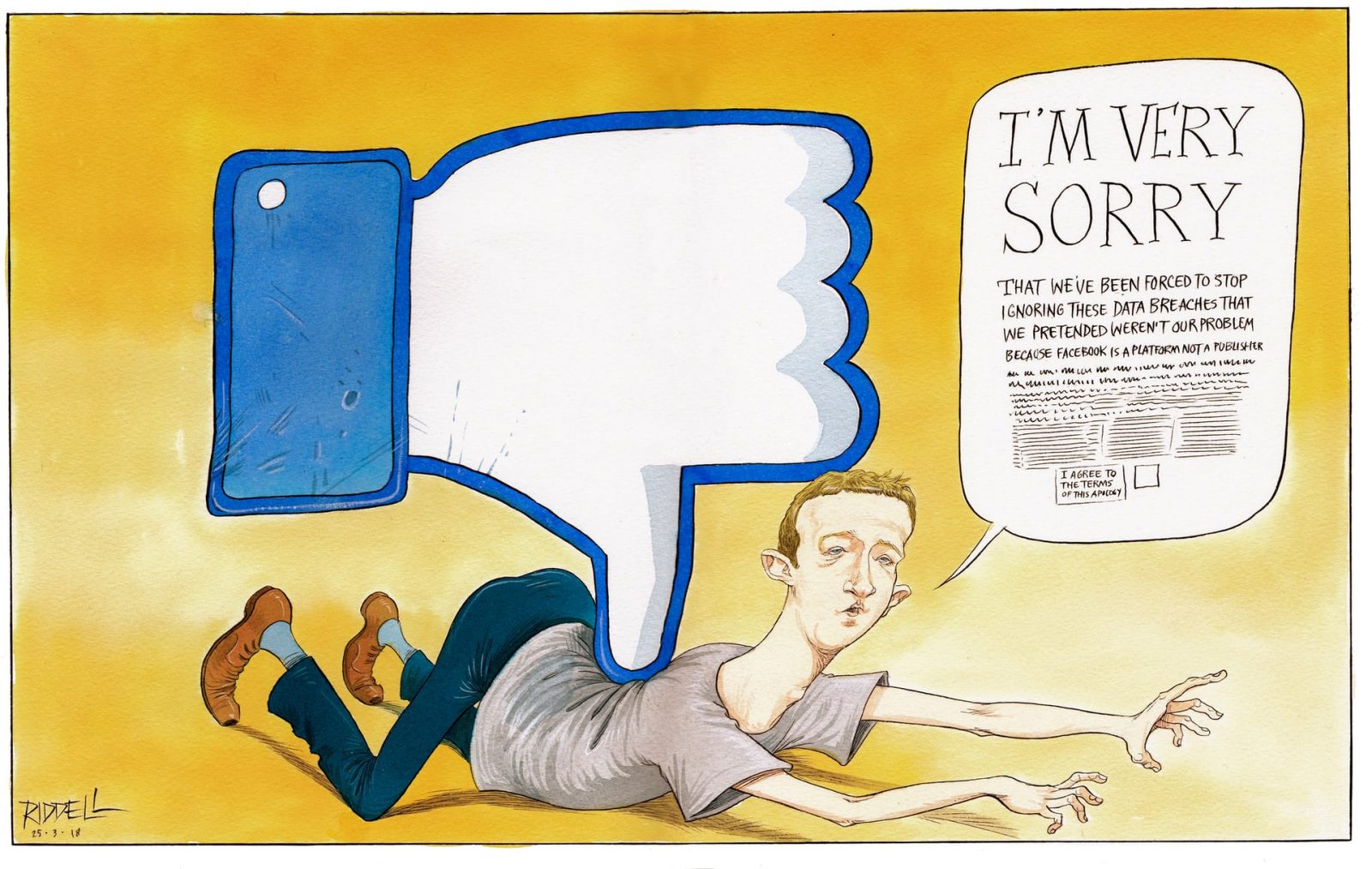 Despite the scale of the scandal and its consequences, this is not a deadly blow for the company. Facebook has too big user base (about 2 billion) and a huge number of customers. So far, there are not enough strong competitors, and the social network will remain popular. However the company will have to make a lot of efforts in order to restore lost billions, the audience and reputation.