A spider-like device can move on vertical surfaces, like a real arthropod.

A spider-like device can move on vertical surfaces, like a real arthropod.

Most people imagine robots as bipedal people-like devices, but the diversity of the modern world forces scientists to create devices that are far from this image. One of these is the spider robot, developed by Americans Sin Lee and Kaiji Shi from the Institute of Physics in Maryland.

The machine has several limbs with vacuum suction cups, which allow it to move even on vertical surfaces. The know-how of the invention is a zero difference method that allows the robot to create a vacuum even when in contact with uneven surfaces.

The vacuum is created with the help of a rotating water ring, which is located between the suction cup of the robot and the wall and prevents air leakage. This technology requires a large amount of liquid, but in the future, the developers plan to reduce its usage, so that the robot could work just with a built-in tank. 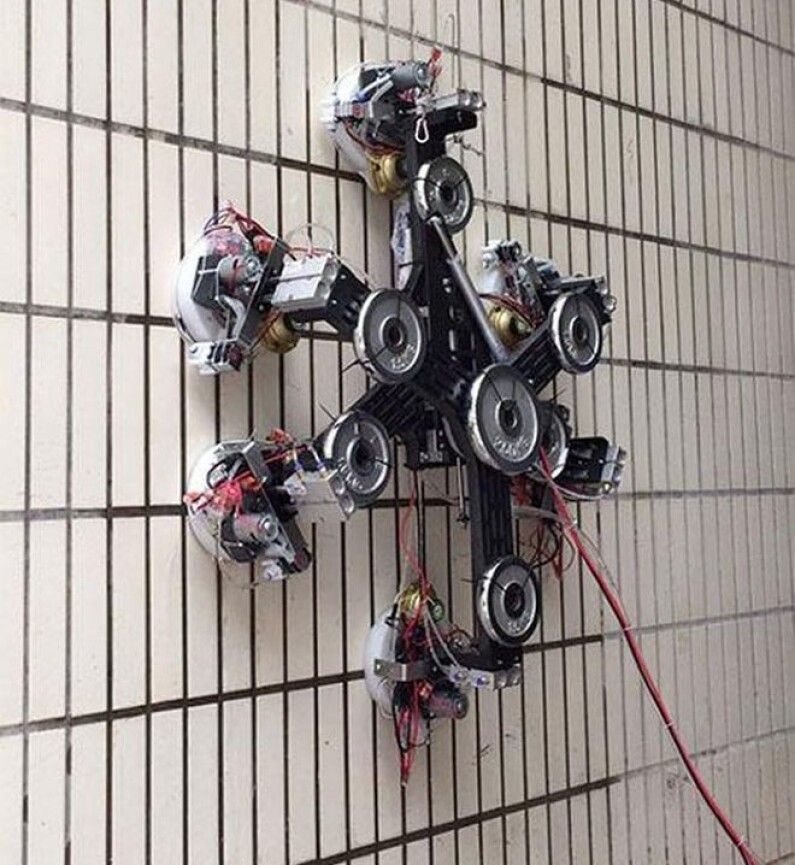