An overview of the crypto-currency exchange BitForex: how to make money and trade

At the time of writing this article, the BitForex crypto-currency exchange is the leader in terms of daily trading volume. BitForex is headquartered in Singapore and the company is registered in the...

At the time of writing this article, the BitForex crypto-currency exchange is the leader in terms of daily trading volume. BitForex is headquartered in Singapore and the company is registered in the...

At the time of writing this article, the BitForex crypto-currency exchange is the leader in terms of daily trading volume. BitForex is headquartered in Singapore and the company is registered in the Seychelles. The exchange also has offices located in Germany, Estonia, Hong Kong, Malaysia, the Philippines, and other countries. The most popular trading pair on the exchange is BTC/USDT. The project’s team consists of graduates of Cambridge University, National University of Singapore, as well as graduates of other prestigious universities. The exchange appeared around the time when there was a lot of hype about exchanges that were offering the fundamentally new «trans-fee mining» method.

What do you need to know about mining through the «trans-fee mining» method?

A new kind of mining appeared in early summer of 2018. The first to offer this new technology was FCoin exchange, founded by the technical director of Huobi. It was followed by CoinBene, Bit-Z, BitForex, DigiFinex, BKEX, BigONE, and CoinPark. All of these exchanges have their own tokens, which you can get by simply trading in crypto-currency on the exchange. The commission for the transactions are returned to the users in the form of tokens. So, users receive up to 80% of trade commissions on their account in the form of exchange tokens. The logic is simple: the more transactions — the more reward. In addition, exchanges compete among themselves in affiliate programs that offer bonuses for referrals.

The holders of the BitForex exchange token (BF) will not only profit, but will also be able to subsequently participate in voting on the exchange and in making key decisions on the platform. 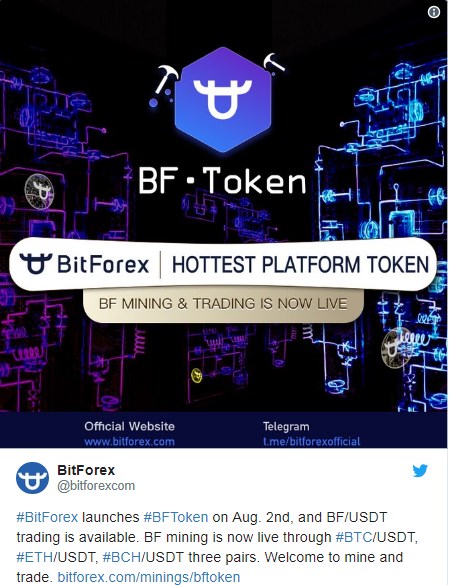 How to register on the BitForex exchange?

To start trading on the BitForex.com exchange you need to register. Go to the registration page and select "Register". Unfortunately, at the moment the exchange supports only English and Chinese. So you might need to use Google Chrome's browser translator. We recommend creating a unique password that you do not use on any of your accounts on other exchanges or services. 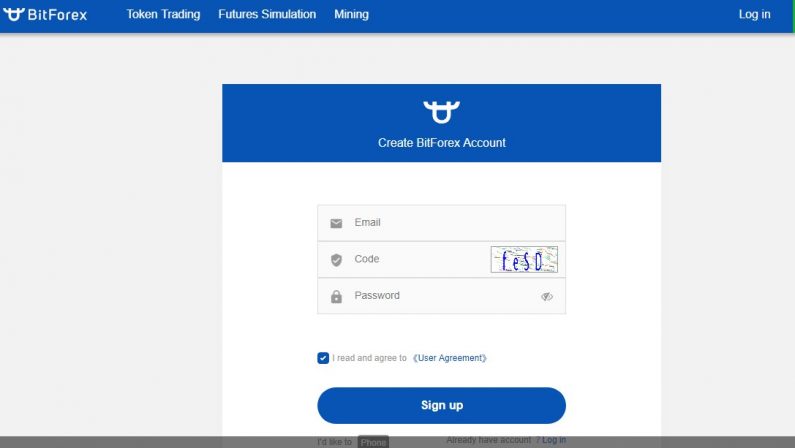 After completing all the fields, a verification code will be sent to you via e-mail. You will need to enter it in the window that opens: 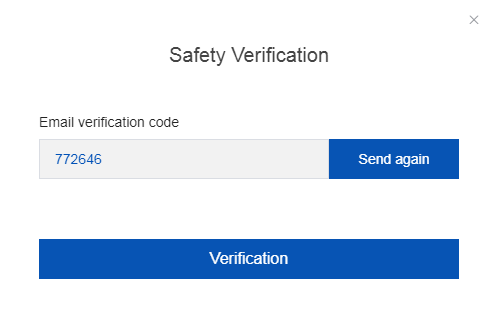 After you enter the verification code your registration on the exchange will be completed and you will be able to start trading. Verification is not required in order to trade, it is only needed for the withdrawal of fiat money. Users are unlikely to be interested in this possiblility because only the withdrawal of the Chinese Yuan (CNY) is available so far. 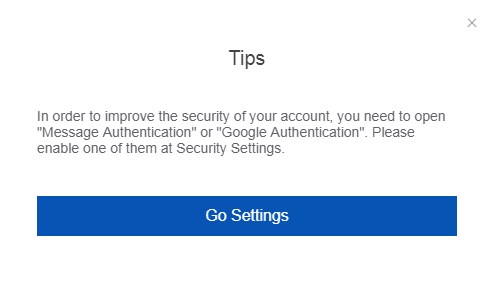 Setting up security on BitForex exchange

After registration is completed you must go to the security settings. Choose “Asset Management - Security Settings”. In this tab you need to enter your telephone number and wait for the code to link your trading account with your mobile phone number: 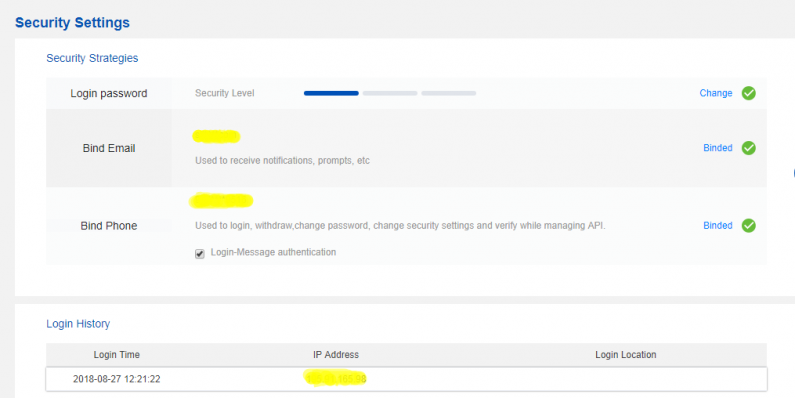 How to deposit and withdraw funds on BitForex?

Once you've completed all your account settings you can start trading. First you need to have money. Go to the “Deposit” tab and select a token to replenish the balance: 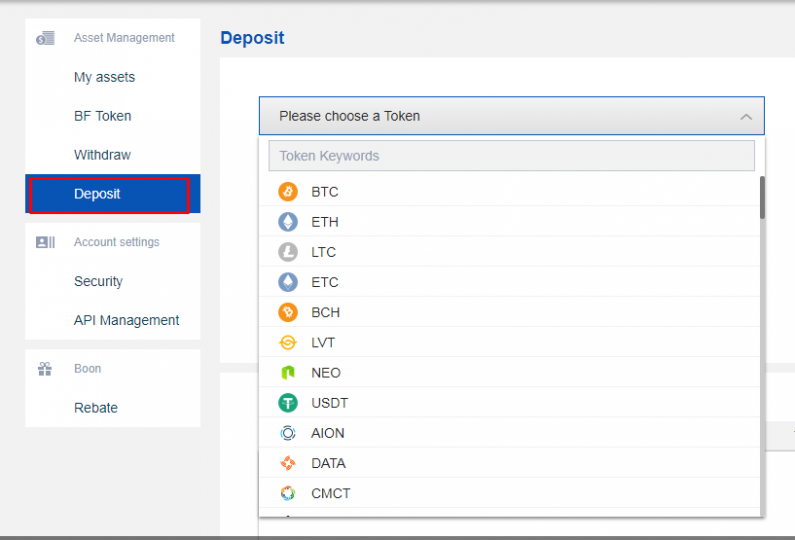 After you select a token the exchange will generate a wallet address to replenish your account. The withdrawal of funds is made on the “Withdraw” tab, just the same as on other crypto-exchanges.

How to trade on the BitForex exchange?

To start trading on the exchange you need to go to the “Token Trading” tab on the main page. Clicking on the button will take you to the trading terminal at bitforex.com. The terminal opens in full screen mode. The trading pair chart has a number of settings: you can change the timeframe, switch the type of candles, and the chart location of the technical analysis indicators. To the right of the chart, we can see a market depth display, which helps to analyze and understand the current situation on the market and form a trading strategy. Next to the display we see the current transactions.

The order can be filled directly under the exchange's display: 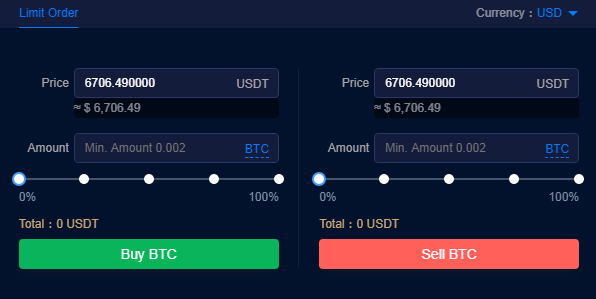 The exchange supports only limit orders. After specifying the purchase price the user can choose, with the help of the slider, how much of his funds he is willing to spend. The system calculates the amount of tokens which can be purchased for this amount. You can change the trading pair in the left corner of the trading terminal window: 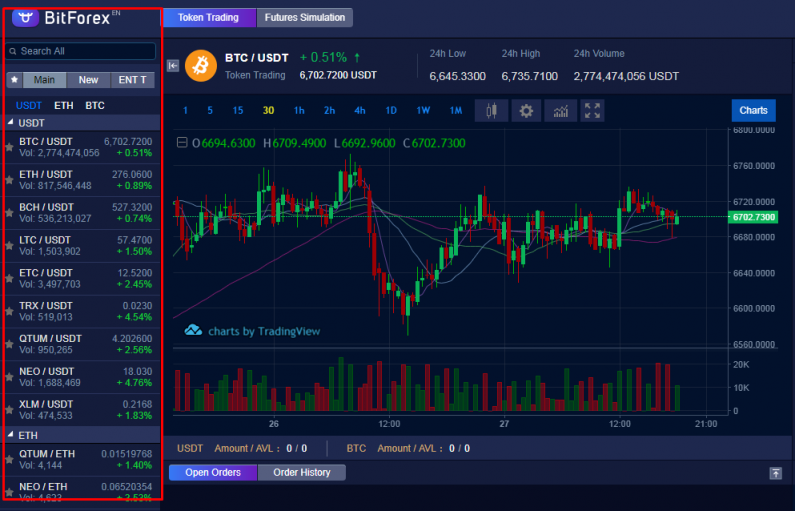 BitForex offers very fair terms to its users. First, you can deposit funds without commission. There is a “maker fee” of 0%, and a “taker fee” of only 0.05%. The fee for withdrawing money depends on the crypto-currency pair: 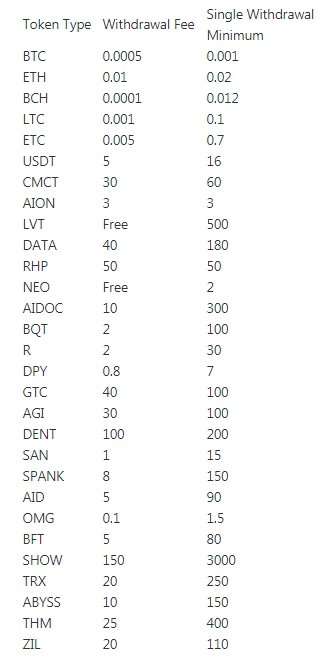 Scandals associated with the BitForex exchange. Should I trust BitForex?

On their blog, CoinMarketCap claimed that all the data presented to them was transparent and there was no fraud. According to them, they receive all information about trading volume through an API: 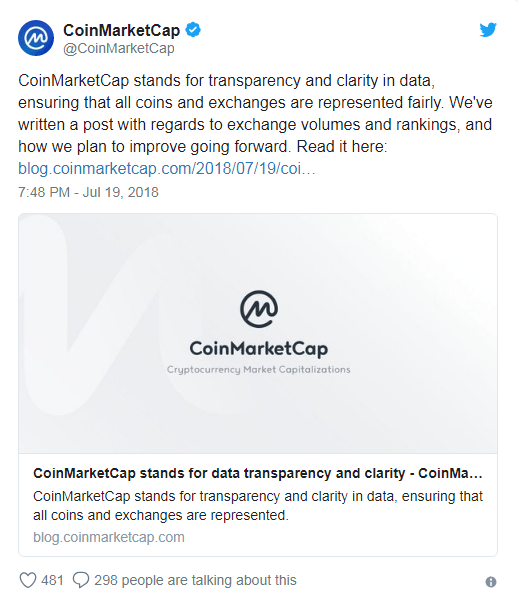 And yet, despite the talk, there is no direct evidence of the exchange committing any fraud.

The BitForex exchange followed the example of many other exchanges and launched its own BF token. There are a number of reasons why the BF token has an investment appeal:

How can I get BF tokens?

There are several options for obtaining the exchange's tokens:

It should be noted that the token has not been added to CoinMarketCap yet. However, you can find it on the Chinese equivalent of CoinMarketCap - block.cc:

BitForex is a young and promising project which is primarily aimed at users from China. A good security system, coupled with attractive marketing campaigns and a successfully implemented mining system, allows the exchange to be in the top of CoinMarketCap, despite all the scandals around the exchange. The project is a team of IT professionals of the highest class. Also, the exchange has a number of competitive advantages that show that it is not a fly-by-night project, but a promising product with a great future: