The Nobel Peace prize results for 2020

For over a century, the Nobel Peace Prize is one of the most prestigious awards in the world. It is awarded annually to scientists, individuals and organisations for their significant scientific achievements and meaningful contribution to the expansion of social and cultural development.

For over a century, the Nobel Peace Prize is one of the most prestigious awards in the world. It is awarded annually to scientists, individuals and organisations for their significant scientific achievements and meaningful contribution to the expansion of social and cultural development.

Of course, scandals, and controversial decisions by the Nobel Committee are also, sometimes averted. Nevertheless, the award is one of the main annual events for the entire scientific community. We will look at which scientists, researchers and cultural figures won the award this year.

In 2020, the Nobel Peace Prize was awarded to the World Food Programme, which since 1961 has been a UN humanitarian organisation, intended to fight hunger and poverty in more than eighty countries worldwide. According to the official statement from the Nobel Committee, the prize was awarded "for its efforts to fight hunger, contributing to improving the conditions for peace in regions affected by conflict. Acting as a driving force which is preventing the use of hunger as a weapon of war and conflict."

Andrey Kortunov, General Director of the Russian Council on Foreign Affairs, reminds us that it is not the first time that the Nobel Prize has been awarded to an organisation rather than to individuals. In his view, the presentation of the UN award could be support for their activities. Especially in the light of recent criticism from the United States of the UN and WHO. The Nobel Prize underlines the importance of the work of the UN, which, because of COVID-19 and the growing problem of food shortages. Mean they have mobilised all their powers to fight hunger and poverty.

MS Reiss-Andersen, a member of the Nobel Committee, argues that until we have a Coronavirus vaccine ready, the best escape from chaos and panic is food. 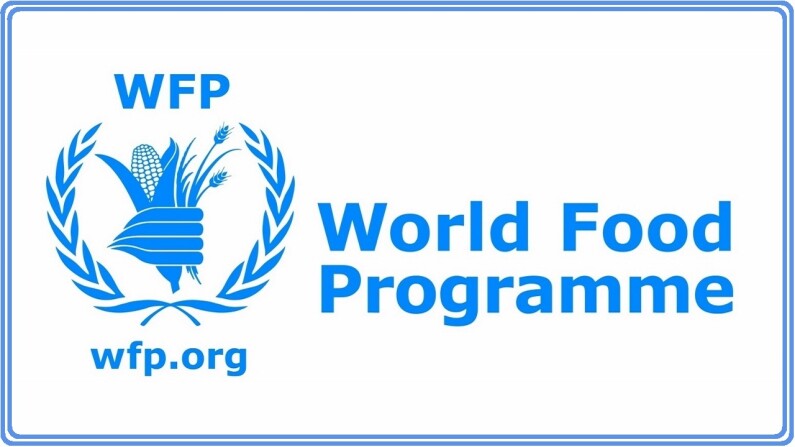 The prize for literature

The Nobel prize for literature was awarded to one of the most famous and frequently awarded poets, Louise Gluck. A Collection of her poetry "the triumph of Achilles" and "Ararat" are published worldwide, and one of her most famous collections of poetry "Wild iris" was awarded the Pulitzer prize in the United States.

The Committee awarded Gluck "for her unmistakable poetic voice that makes individual existence universal with its austere beauty", while at the same time showing her unwillingness to participate in the world's political, social and economic conflicts. It is also thought that there were other worthy winners of the award too, for example, Maryse Condé, a black feminist who advocates for the rights of black women living in colonial conditions. J. K. Rowling, to compensate for the global scandal over her transphobic remarks, as well as Lyudmila Ulitskaya, a Russian writer who has actively opposed the Russian political regime through-out her work.

Louise Gluck is undoubtedly an outstanding poet, literary critic, and adept at classical literature, who has received many awards. But the fact that she won the prize in 2020 shows that the Royal Swedish Academy of Sciences decided not to take sides and remain neutral, preventing political and social factors from influencing the Committee's decisions.

The prize for chemistry

In 2011, Emmanuel Charpentier and Jennifer Doudna, two biochemists and specialists in Microbiology, discovered a new tool for genetic engineering. In 2020, they received the Nobel Peace Prize " for the development of a engome-editing technique." The discovery of Charpentier and Doudna, and their so-called "genetic scissors", makes it possible to modify DNA at a cellular level, which could solve the problems of many hereditary diseases and even simplify the treatment of cancer. Director of the DNCOM laboratory Andrey Isaev believes that "it is possible to take samples of a patient's hematopoietic organ tissue, correct defective stem cells, rid them of any cancer mutation, and then transplant them back." This will undoubtedly help cancer patients and reduce the number of deaths.

Despite the outstanding achievements of the scientists, there is no consensus on the situation where genetic scissors can be used ethically, or whether our natural code should be interfered with at all? For example, in 2018, genetically modified children were born in China using this technology, which caused a massive scandal around the world. Many scientists believe that if an embryo has a high risk of being born with severe disease, you could turn a blind eye to outside interference. However, clinical trials in China were carried out with a genome from entirely healthy embryos, which caused a public outcry.

It is possible that for this reason, the achievement of Charpentier and Dubna belongs to the field of chemistry, and not to physiology or medicine. If the Committee awarded them the prize for medicine, it would be deemed as recognition of the ethics and legality of the use of "genetic scissors", which would invariably lead to a public reaction (including scientific). 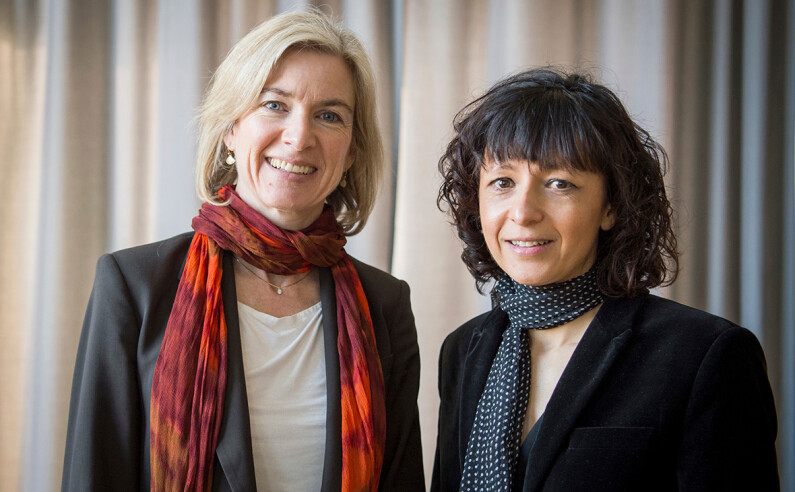 The prize for physics

This year's Nobel Prize for physics was awarded to Roger Penrose "for discovering that the formation of a black hole is a reliable prediction of the general theory of relativity", as well as to Reinhard Genzel and Andrea Ghez "for discovering a supermassive compact object at the centre of our galaxy". 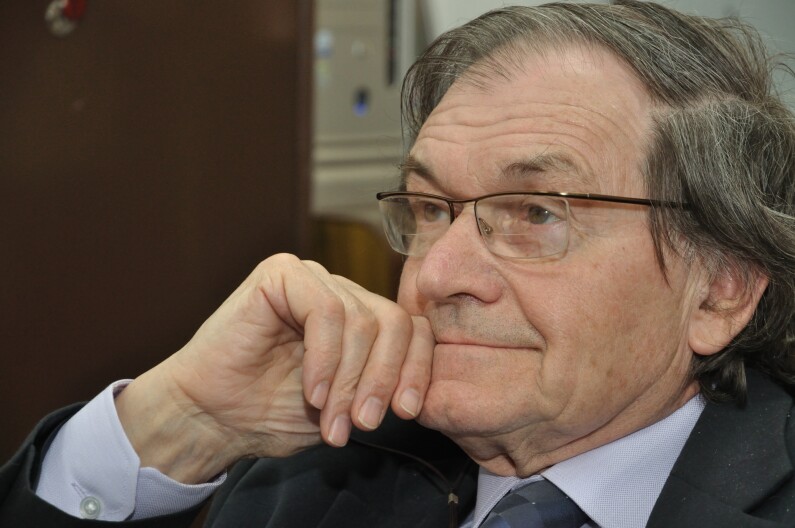 Reinhard Hansel and Andrea Ghez have discovered the existence of an unidentified and weighty object in the centre of the Milky Way, which controls the rest of the galaxy and the orbit of stars. That is, the Earth, the Sun, and all the other planets with stars orbiting around them. True, it is difficult to say what kind of object it is, but presumably, only a supermassive black hole could have this kind of force. 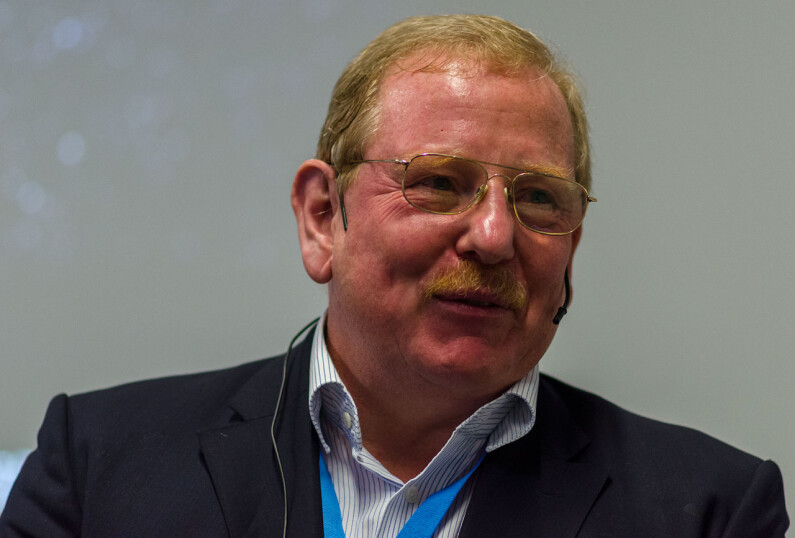 However, we must bear in mind that in both cases, we are not dealing with confirmed facts, but with robust hypotheses that do not yet have a clear evidence base. More precise and finite mathematical and physical calculations concerning space, as well as the observation of these distant objects, are not yet possible. 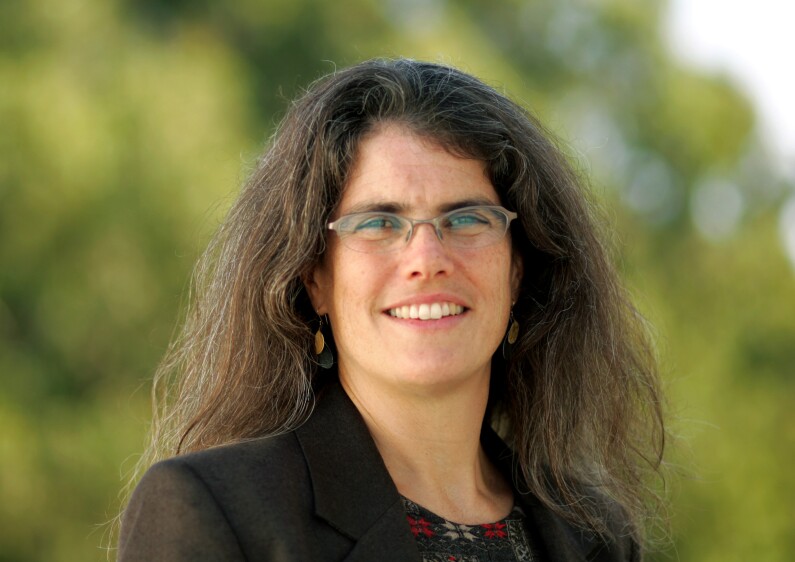 The prize for medicine

Scientists have long understood the origin and causes of hepatitis A, which is transmitted through water and food, and hepatitis B, which is shared by blood. However, as for the hepatitis C virus, it has remained unknown to science for many years and was only discovered in the late 1980s thanks to the contributions of Harvey Olter, Charles Rice and Michael Houtan.

It was for the discovery of the causative agent of hepatitis C, which turned out to be a previously unknown virus from the flavivirus group, the scientists were awarded the Nobel Prize for medicine in 2020. The developments of Walter, Rice and Houtan have made it possible to create highly effective drugs and treatment programmes for hepatitis C, which today can guarantee the full recovery of 95% of those affected.

Igor Nikitin, Director of the Health Ministry's Treatment and Rehabilitation Centre, sees the development as a real breakthrough, because "the hepatitis C virus is one of the main causes of hepatocellular liver cancer and cirrhosis in Europe and the United States."

The prize for economics

American scientists Paul Milgrom and Robert Wilson improved their existing auction theory and won the Swedish State Bank's Alfred Nobel Memorial Prize in Economic Sciences. This is also informally known as the Nobel Prize in Economics (originally this discipline was not included in the list of A. Nobel's will). The Committee of the Royal Swedish Academy of Sciences awarded Milgrom and Wilson an award "They have improved auction theory and invented new auction formats, benefiting sellers, buyers and taxpayers around the world ". Auction theory is necessary to predict the behaviour of auction participants and to form bidding rules. 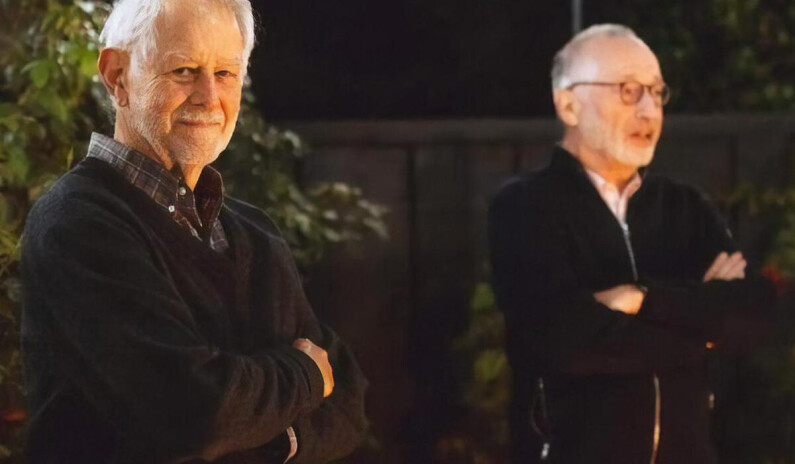 Previously, auction theory considered only the overall value of the product and practically ignored individual cases. By drawing attention to this problem, scientists began to take into account the unique value of the product, making it an easier task for those auction participants who for some reason were not traditionally selling goods or services (for example, by selling radio spectra, fishing quotas, aircraft landing slots or emissions allowances). Thanks to the work of Milgrom and Wilson, new auction formats have emerged that consider the needs and specifics of all parties.