The first transport by electric power appeared in the middle of the 19th century - before cars with an internal combustion engine (ICE). But despite this, the competitive market for electric vehicles has only...

The first transport by electric power appeared in the middle of the 19th century - before cars with an internal combustion engine (ICE). But despite this, the competitive market for electric vehicles has only...

The first transport by electric power appeared in the middle of the 19th century - before cars with an internal combustion engine (ICE). But despite this, the competitive market for electric vehicles has only formed in the last few decades.

Startups and large automakers are now developing their own designs and are trying to acquire positions in the emerging electric vehicle market.

Why do electric cars last for so long? 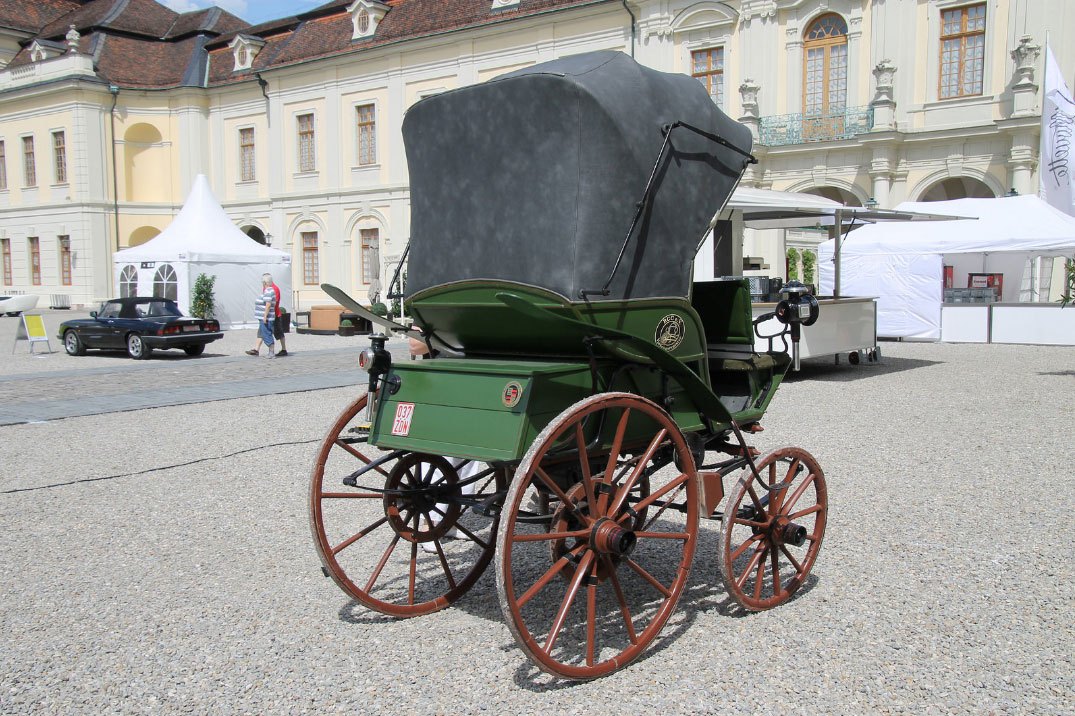 One of the main advantages of an electric motor is its efficiency. The efficiency is more than 90% - compared to an internal combustion engine's 20-30%.

In addition, electric vehicles have a simpler design and the simplicity of this design ensures greater durability.

Among other advantages is “regenerative braking” which allows the electric motor to work as an electric generator and accumulate energy. This principle allows you to increase the range and reduce the wear of brake pads, or even to completely abandon them.

At the beginning of the 20th century electric motors were seen as the most promising technology. Contemporaries of the first models noted their noiselessness and absence of exhaust. The main problem was the design of their batteries which are still holding back production.

Despite the advantages of electric motors becoming immediately apparent, the complexity of charging them, the heavy weight of the battery, and subsequently the loss in range did not allow electric vehicles to seriously compete with diesel and gasoline vehicles in the first half of the 20th century. Alternatives using combustible fuel were able to develop a much higher speed and became more convenient to operate. Before the 1960's electric vehicles were almost forgotten.

With the development of technology and the improvement of production, it became possible to create electric vehicles that are not inferior in terms of utilitarian characteristics and with a competitive price.

Oil companies and lobbyists associated with the industry resisted the development of the electric vehicle market for a long time. However the necessary technologies already existed and consumers were ready to create demand. 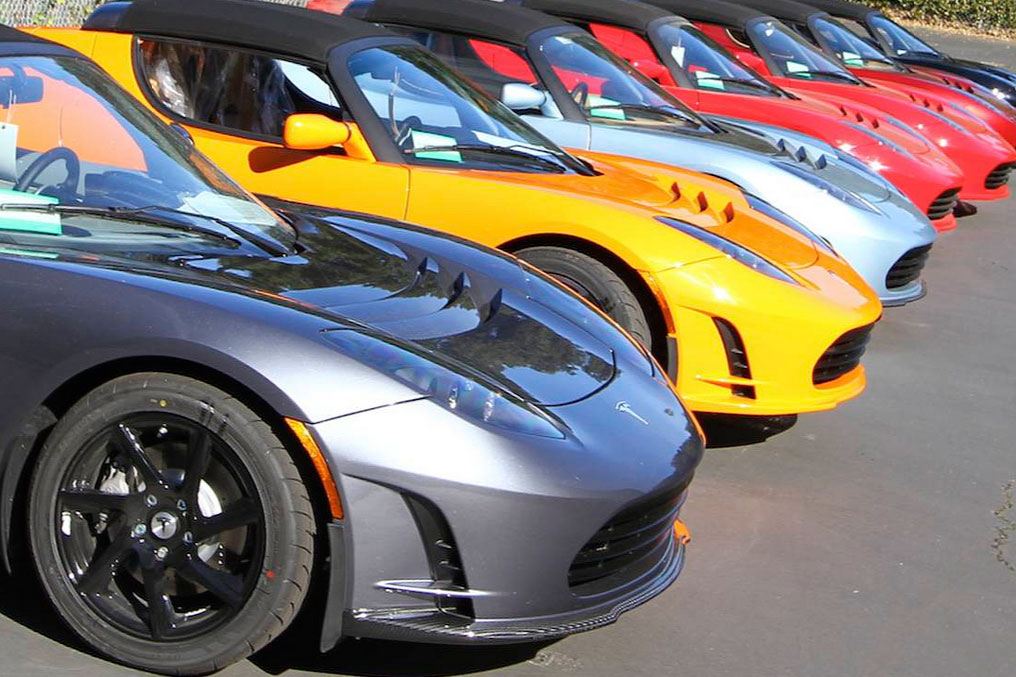 In the 21st century, electrification affected not only the passenger car market. There are electric models of sports cars, trucks, and even airplanes.

Against the backdrop of a general concern about the environmental situation in the 1980's and 1990's, General Motors Corporation began developing an EV1 electric vehicle. The model was produced from 1997 to 2003 and was in demand among wealthy people. A total of 1,117 EV1 were produced. 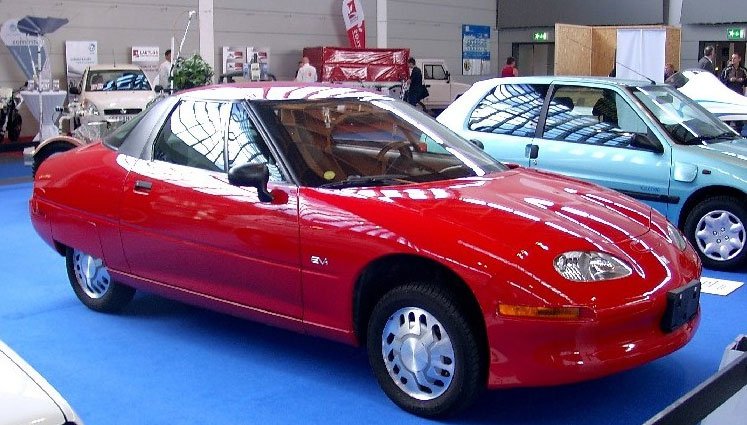 In 2006, the documentary "Who Killed the Electric Car?" was released which described the development and failure of electric vehicles, in particular the EV1 project in the United States. The major theme of the film reveals the influence of the oil industry, politics, and corporate forces on the new industry.

However, the loss was temporary. After the bankruptcy and decay of General Motors, the corporation continued to develop electric models and recently set a record for sales of the Chevrolet model Bolt EV - more than 2.5 thousand per month. 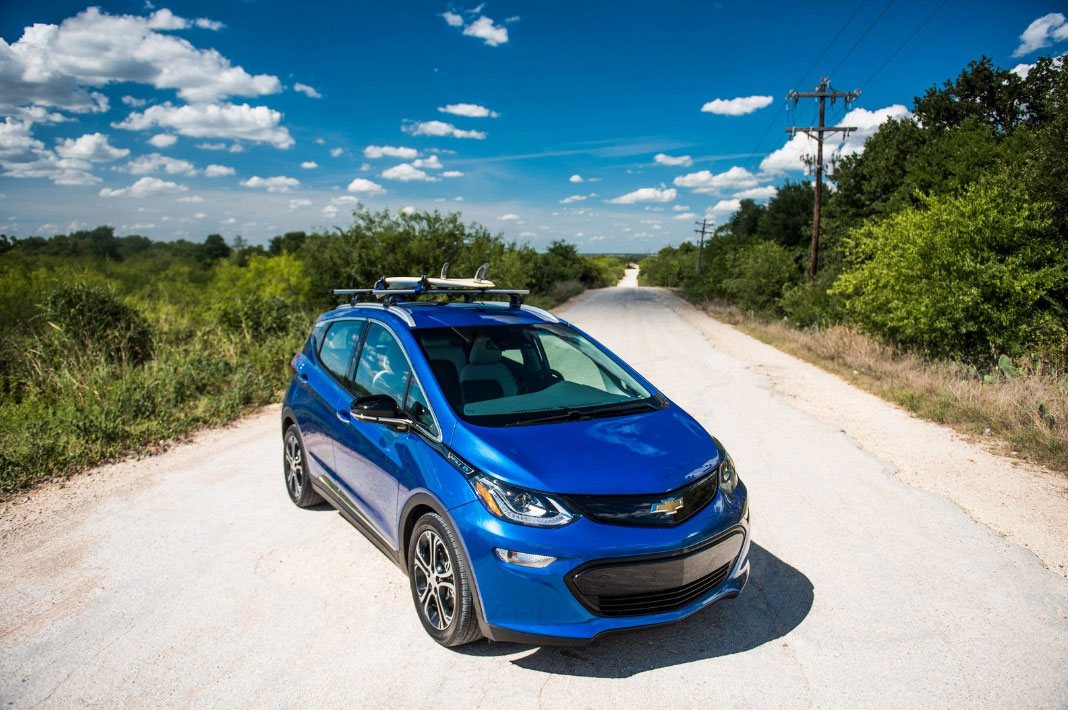 The company promises to release two updated models of Chevrolet Bolt EV within the next 18 months, and by 2023 to develop 20 new models of electric cars.

Another automotive giant, Ford, created a whole department called the Edison Team which will develop electric vehicles in the company. In addition Ford, together with the Chinese Zotye, are investing in the production of a line of small fully electric cars that will be sold under the new brand Zotye Ford. 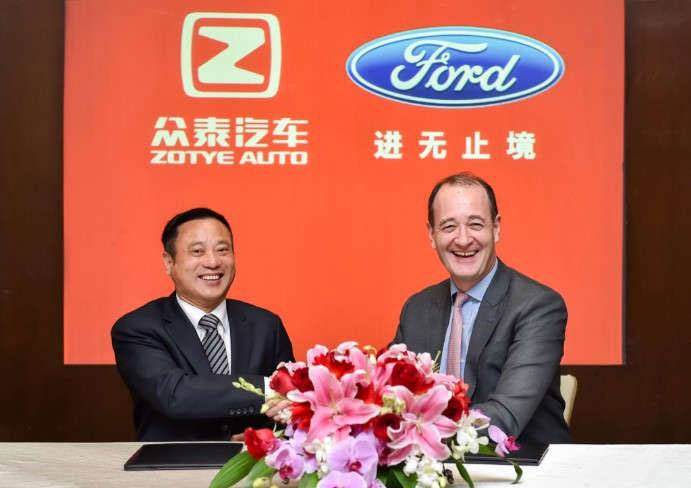 The investment policy of Volkswagen has still had a strong bias in the production of cars with ICE. But now they have become interested and are going to invest $84 billion and produce up to 300 electric models by 2030.

Other well-known manufacturers will also try to succeed in the growing electric vehicle market. By 2024, Opel will only produce electric cars and hybrids and in 2022, 8 new electric vehicles from Renault should appear.

Toyota has joined forces with Mazda and Denso, which supply electric vehicles.

The alliance will cover the production of cars, SUV's, and small trucks. Mazda will be do the computer modeling and Denso will develop the electronics. By 2020, the two companies will enter the market of fully electric cars. Recently, Toyota has already demonstrated an electric Lexus.

Volvo launched a line of hybrid cars under the brand Polestar.

Still, the average man in the street imagines Tesla models when it comes to electric cars. 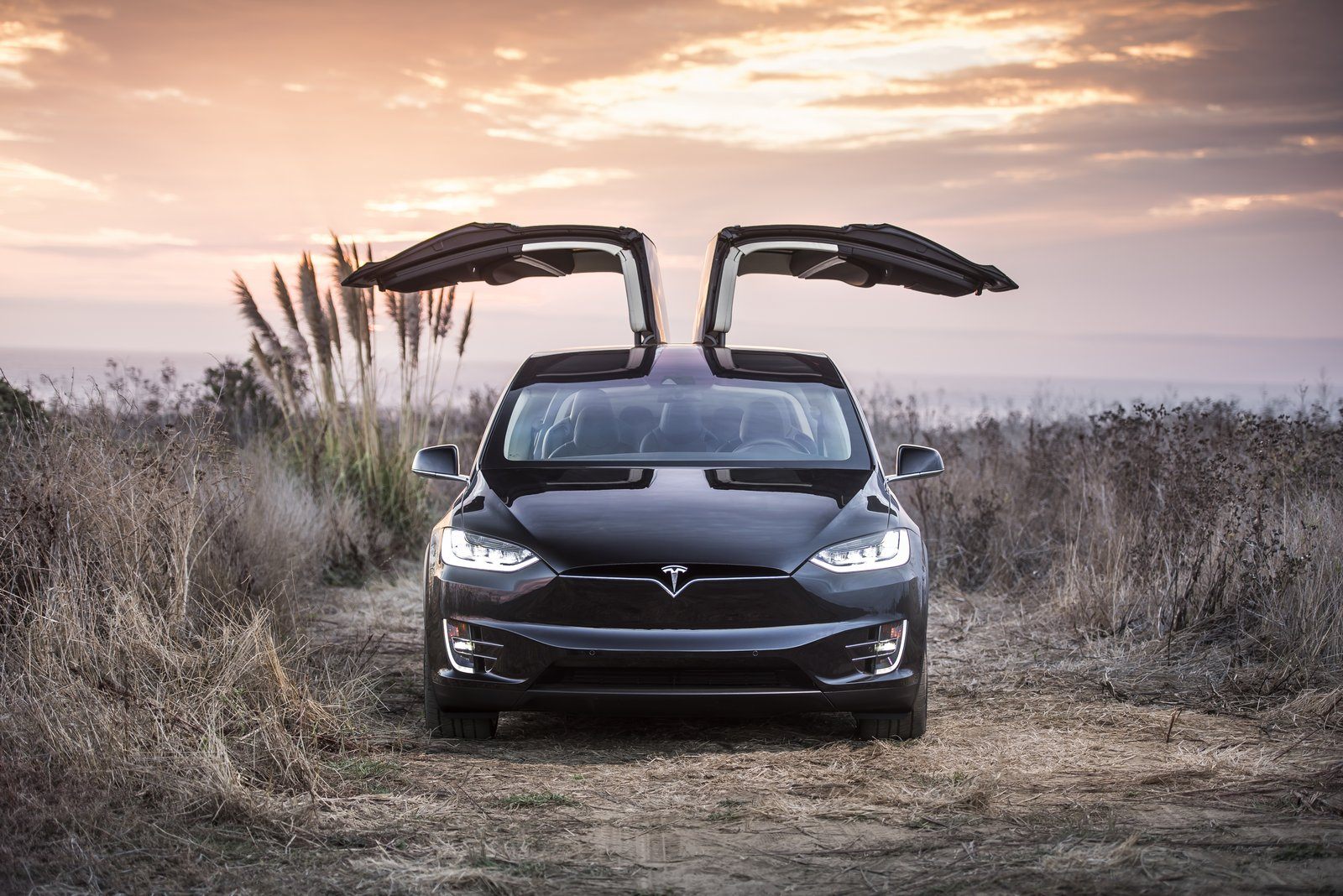 The company Tesla Motors was founded in 2003 and in the following years it was able to show that electric vehicles time had come. Among the investors were the founders of Google, Toyota, and of course Elon Musk.

All Tesla patents are publicly available and everyone can use them in their own designs. The open patents of Elona Musk's designs should help to form an ecosystem in which healthy competition will take place.

Perhaps this step will be dangerous for the company itself if it can not compete with its competitors who will use its advancements against them. For example, in China they have already developed Xpeng - a clone of Tesla Model X.

Despite technical advances, there are more and more critical statements about Tesla related to the fact that the company is still unprofitable and relies on state subsidies and the charisma of Musk. 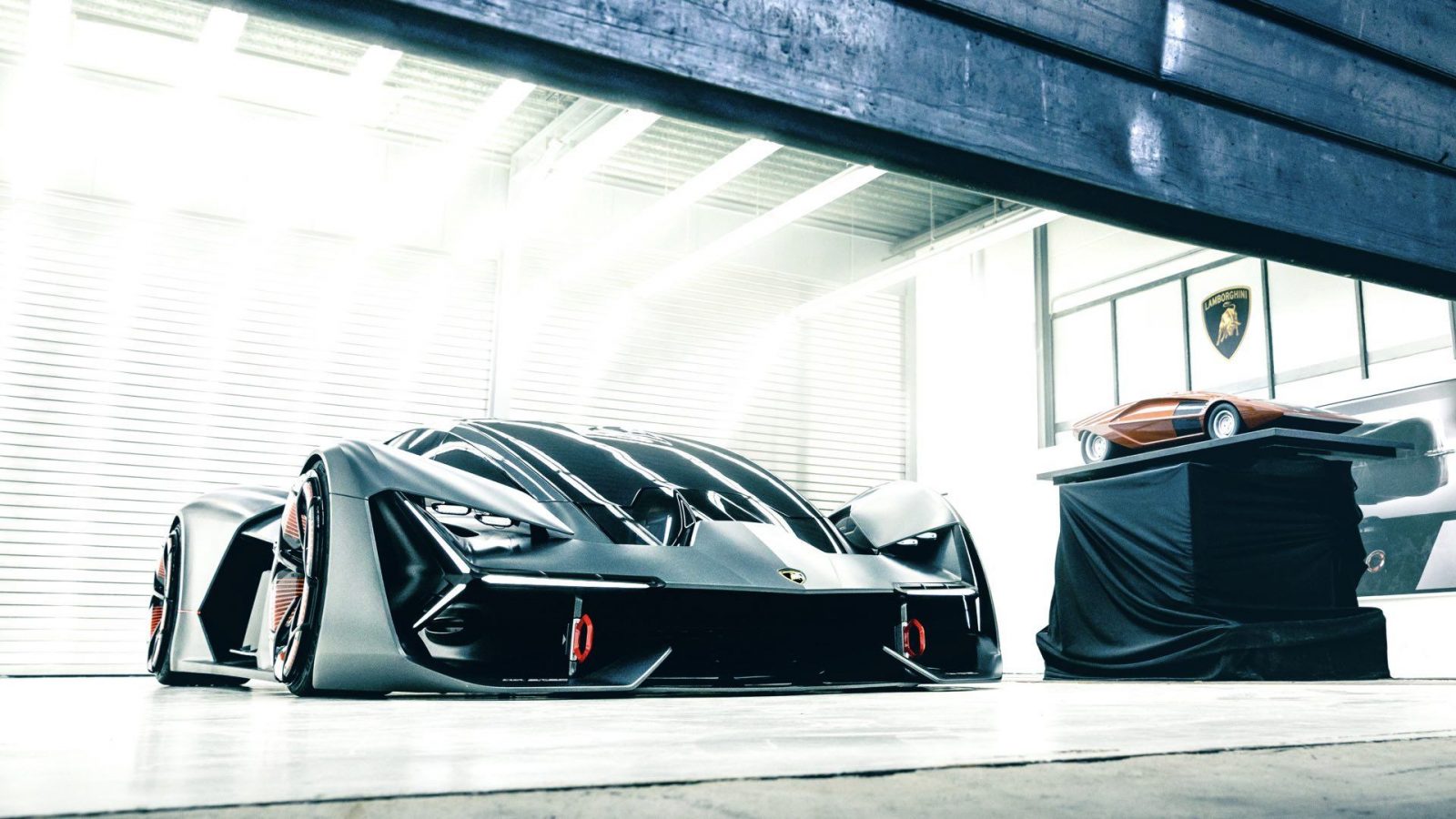 Terzo Millennio is a concept car from Lamborghini. Each wheel on the very powerful electric car has a separate electric motor. The manufacturers abandoned traditional lithium-ion batteries in favor of supercapacitors. The company is cooperating with MIT. However, the production of Terzo Millennio is unlikely to begin in the near future - the concept is still very new. 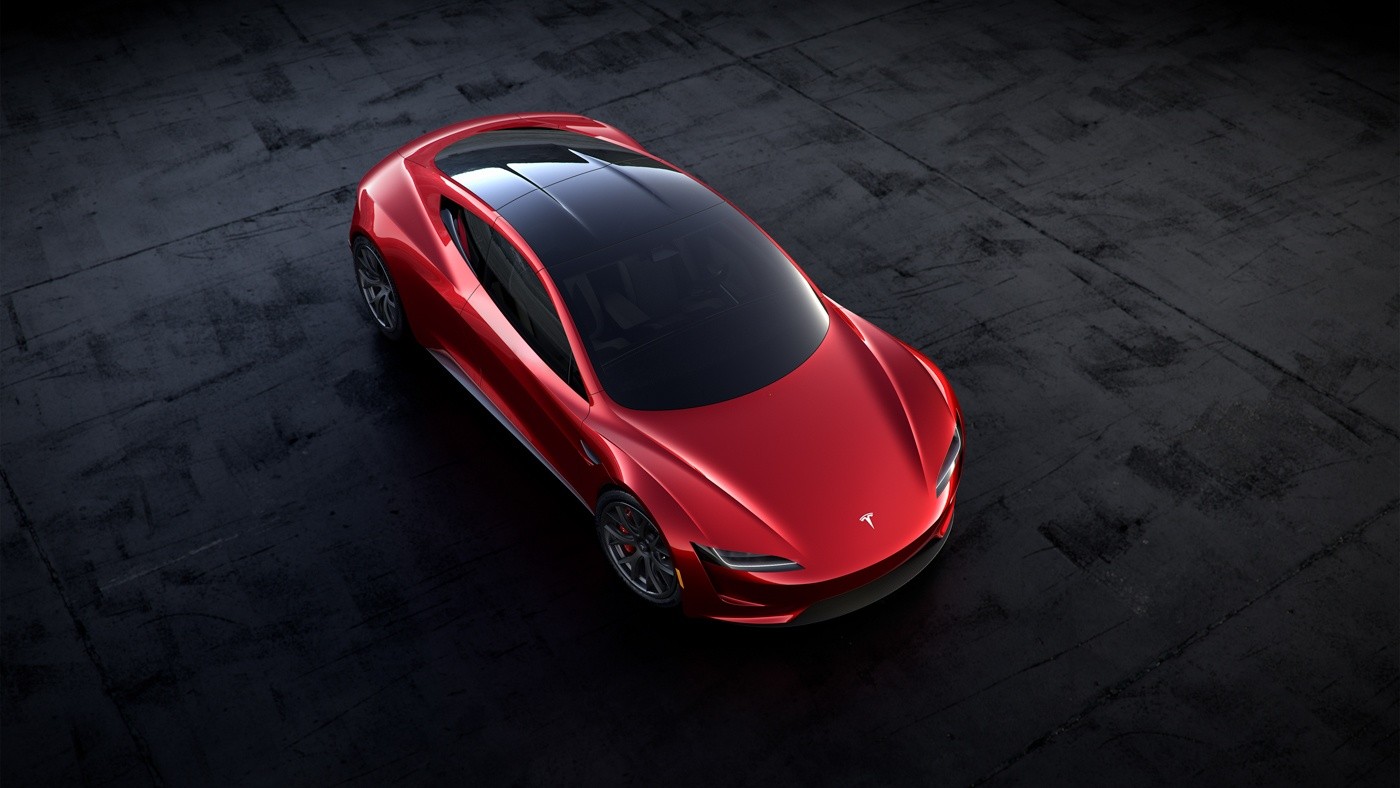 The updated Roadster 2 from Tesla, which reaches speeds of 100 km/hour in 1.9 seconds and goes over 400 kilometers per hour, can also be considered a supercar. Especially considering it's cost.

The electric vehicle revolution has also affected freight traffic. Recently, Tesla and Elon Musk presented the electric Semi Truck which has a futuristic design and impressive driving characteristics. Cargo transportation can become more profitable due to the efficiency of electric motors and greater durability of electric trucks. 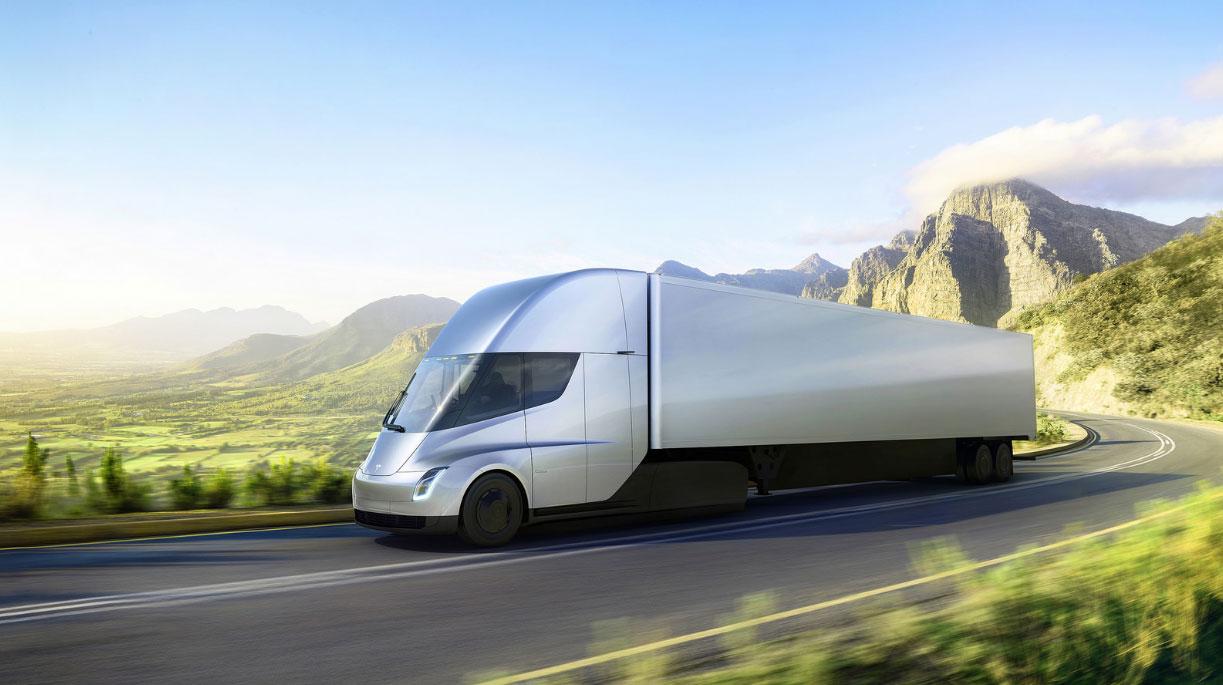 Volkswagen and Navistar International have started joint development of electric trucks. The first model should appear by 2019. The companies also intend to develop a specialized cloud platform and software that will unite the carriers into one network.

Concern Daimler has introduced the completely electric truck Mercedes-Benz Urban eTruck with a range of 200 km and a carrying capacity of 26 tons. Regular production of the Urban eTruck will begin in the early 2020s. 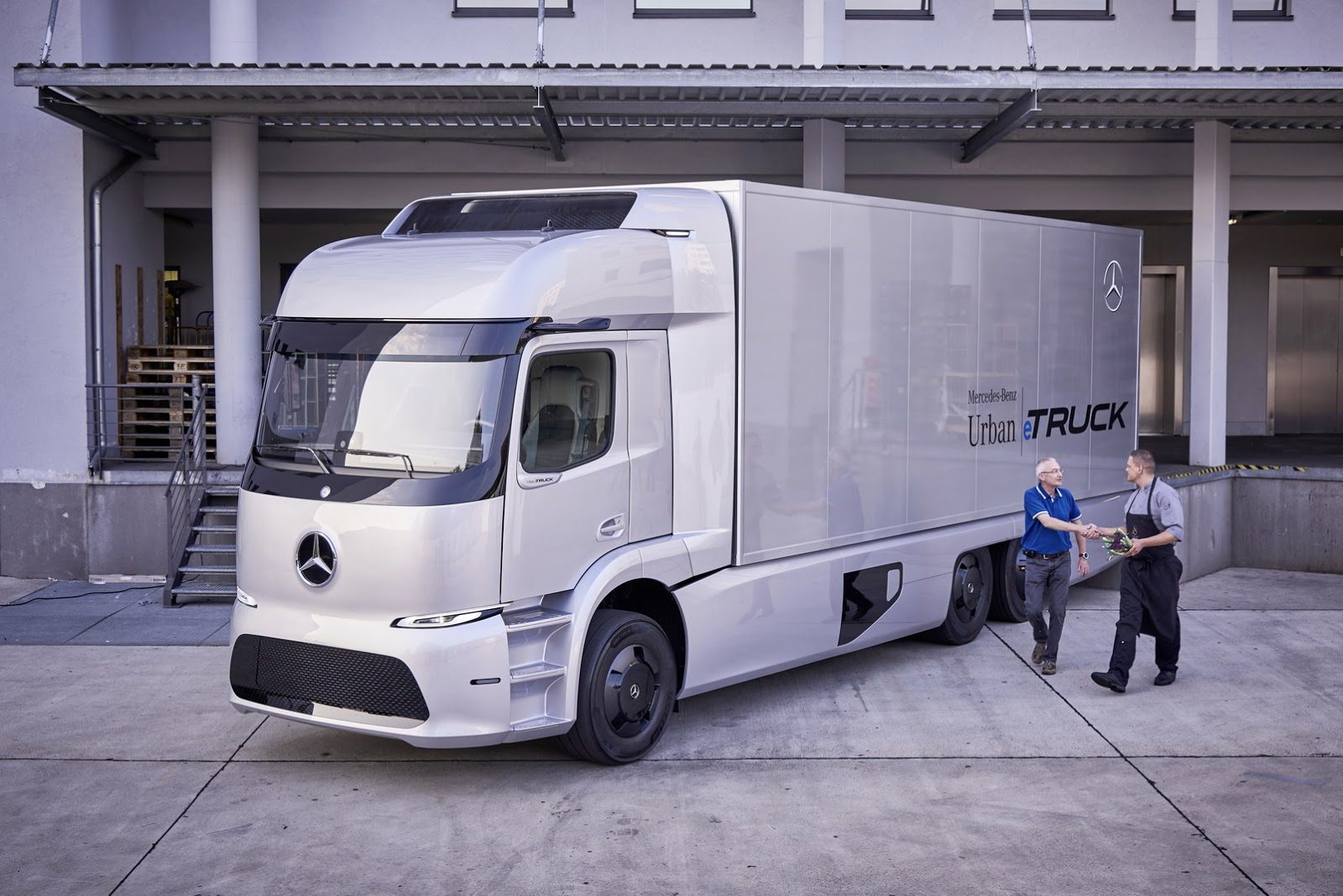 Nikola Motors has developed the Nikola One hybrid truck and has already received 7,000 pre-orders worth $2.3 billion. The truck is half as cheap to operate as compared to a conventional diesel truck, and the battery draws a charge from the hybrid engine while driving. 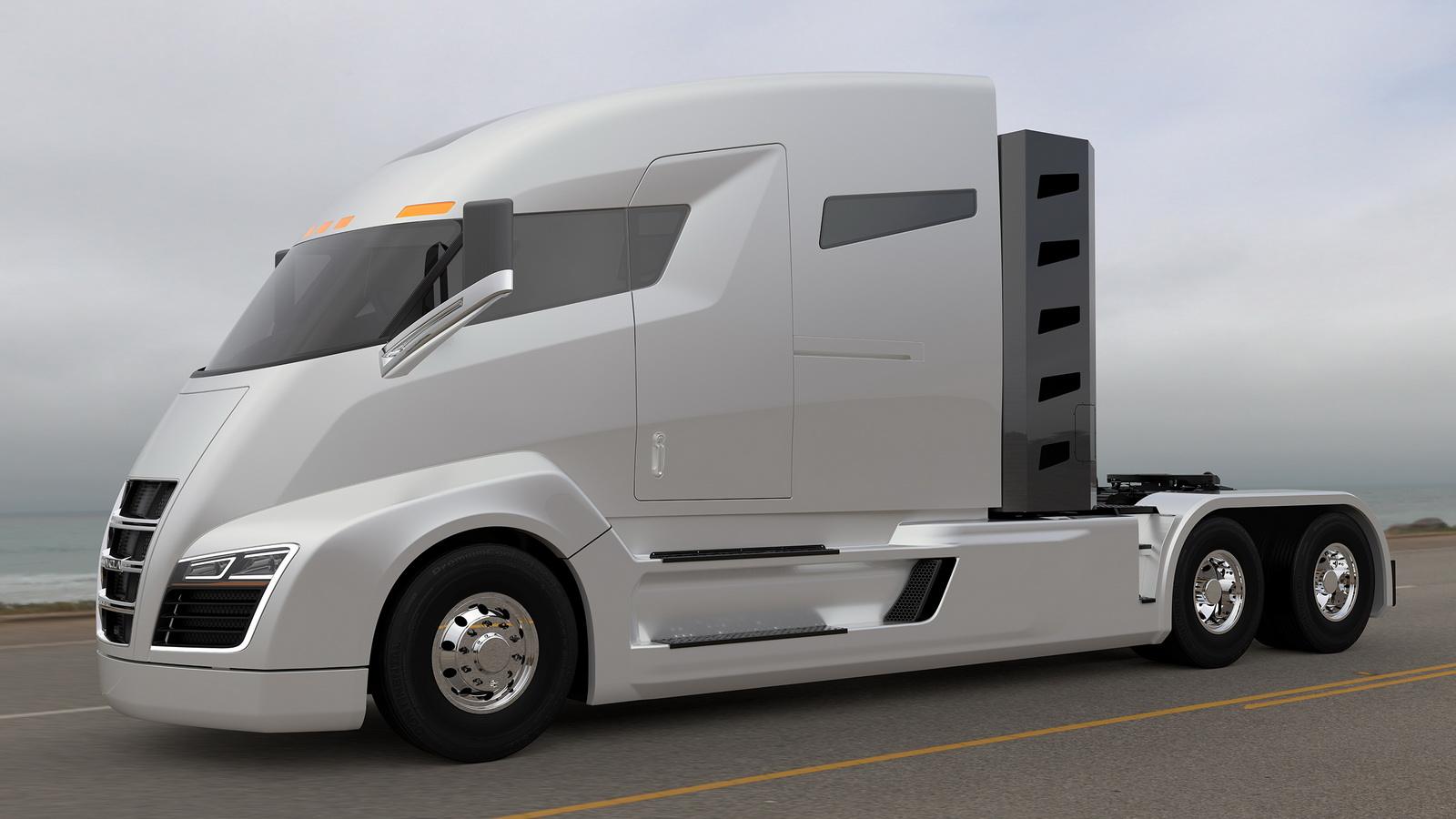 Harley-Davidson introduced the concept of the world's first electric motorcycle back in 2014. At the time, everyone discussed the speed of the new "Harley" and its noiselessness which fans of growling iron monsters might not like. In May of 2017, Harley-Davidson said that they saw a great future for electric motorcycles. In the next ten years, there will be 100 new models, among which there will be many on electric power. Electric models will simulate the sound of a jet engine instead of the usual roar of a two-cylinder V-shaped petrol engine. 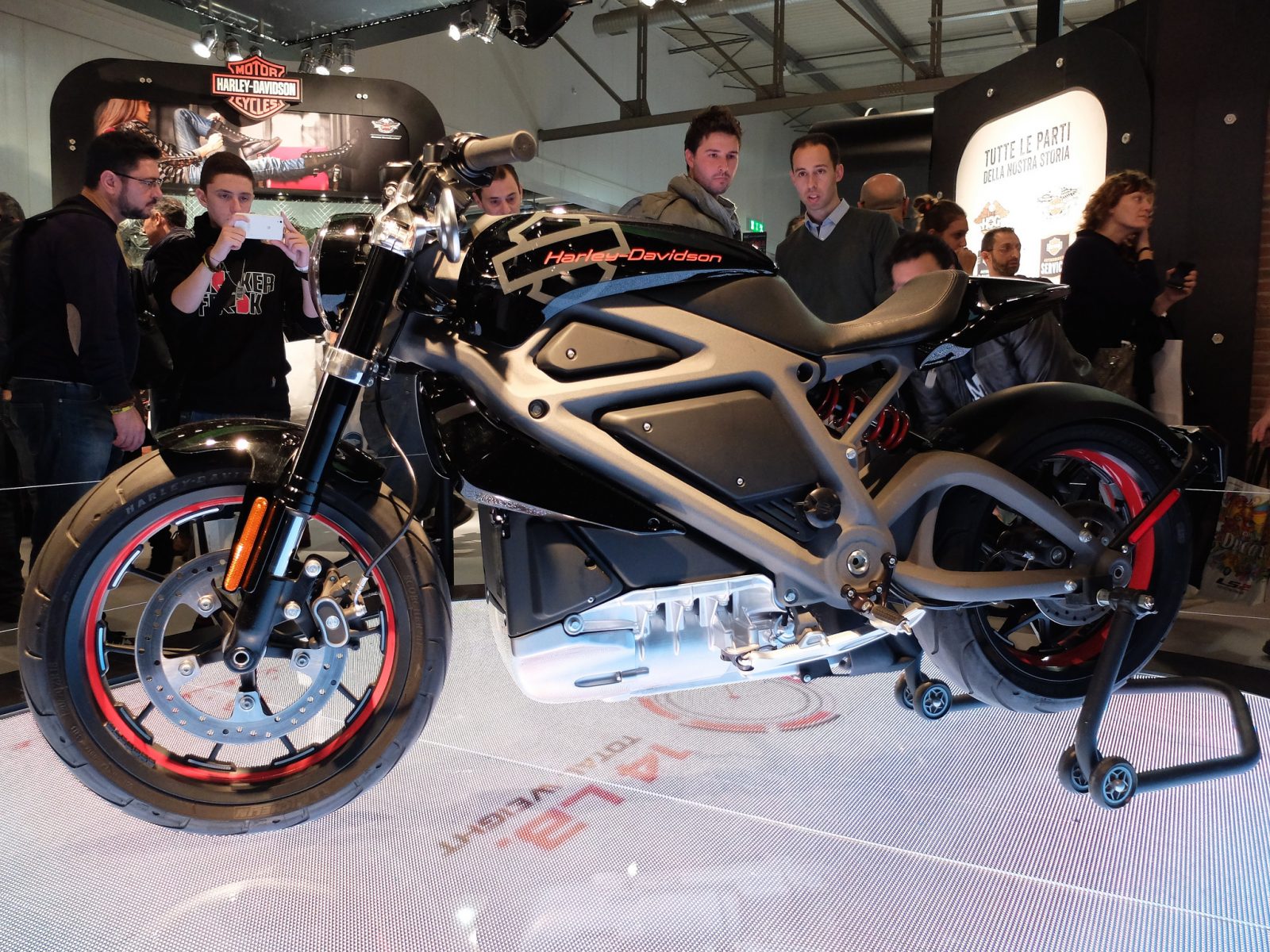 The Italian company Energica has developed the electric motorcycle Eva EsseEsse9 , made in the classical design. The motorcycle can reach speeds of up to 200 km/hour. The battery charges 85% in 30 minutes and can travel up to 200km without recharging the battery. 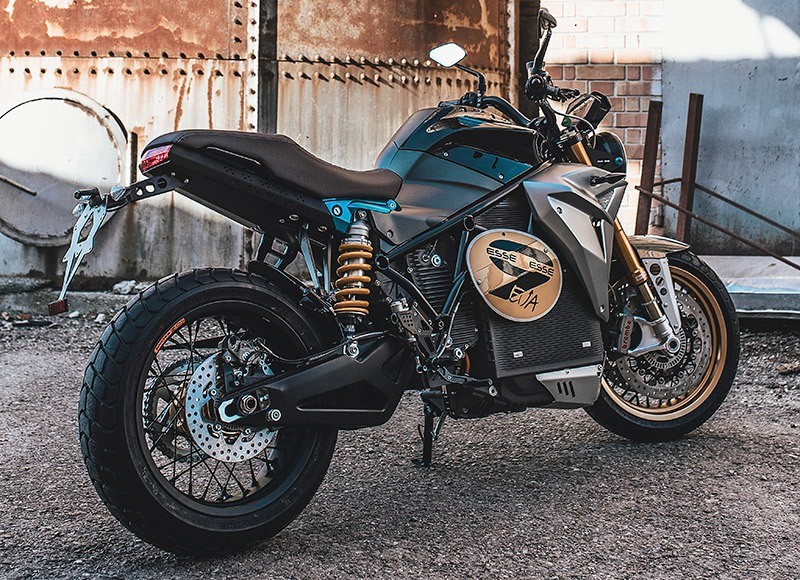 Another Italian manufacturer, Tacita, produces a T-Cruise motorcycle with a range of 270km. The city cruiser is similar to the Harley-Davidson model and is more focused on the American market. 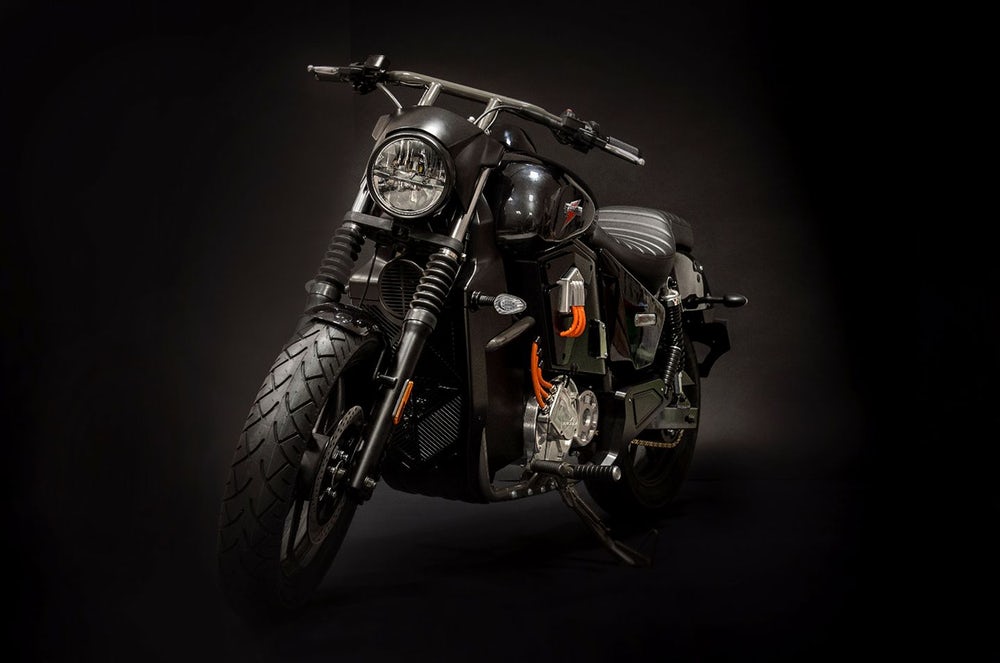 BMW has developed an electroscooter, Motorrad, which is intended for urban conditions. The location of the batteries at the bottom makes the scooter more stable and compact and also allows you to allocate additional space for the transport of small loads.

The introduction of electric vehicles is particularly relevant for public transport in cities that have a high concentration of cars.

Serious steps are being taken in China. For example, in Beijing, taxis will be replaced with electric models. 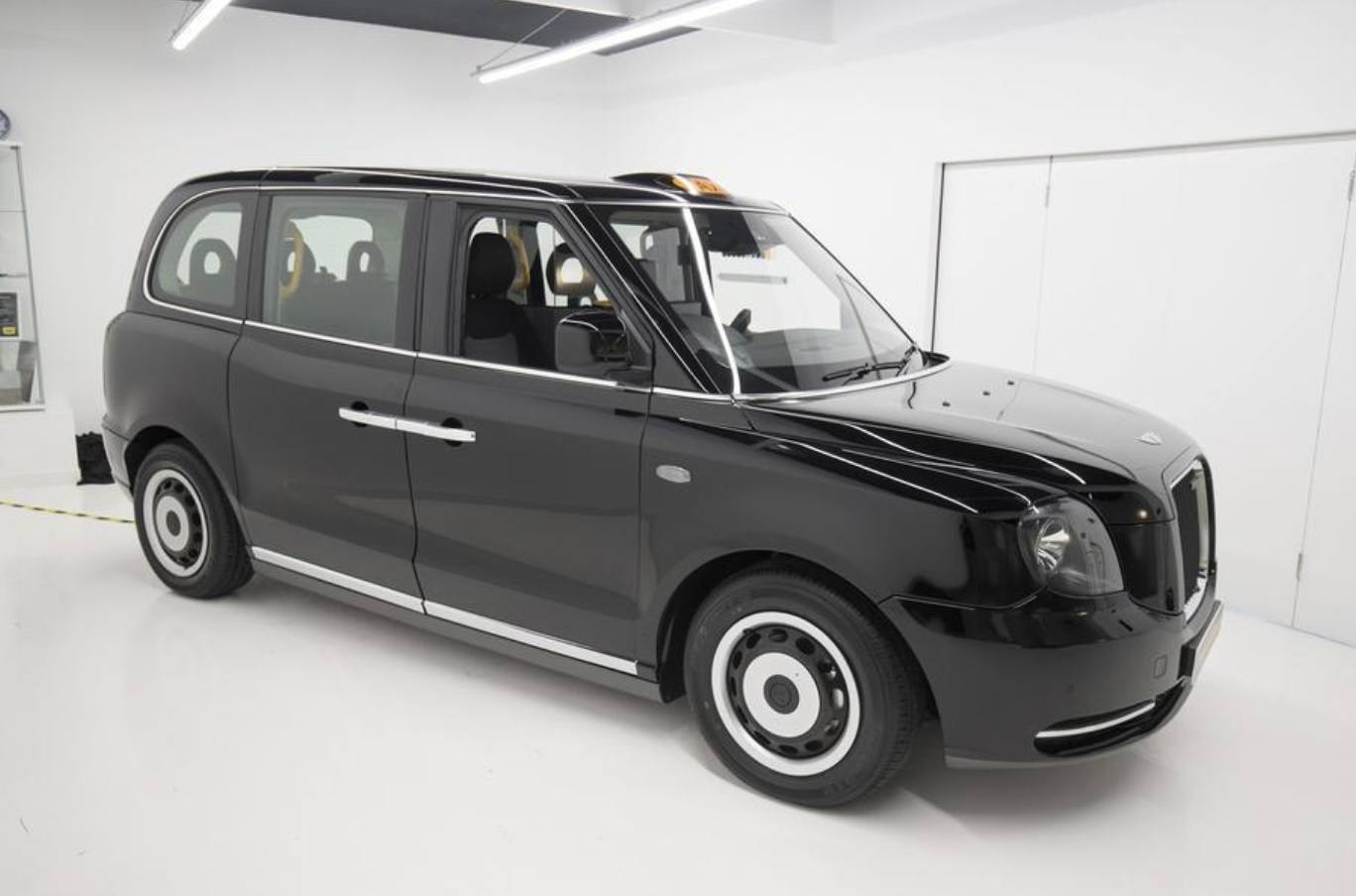 In London, new cabs have appeared which look like usual black taxis but work on electricity. 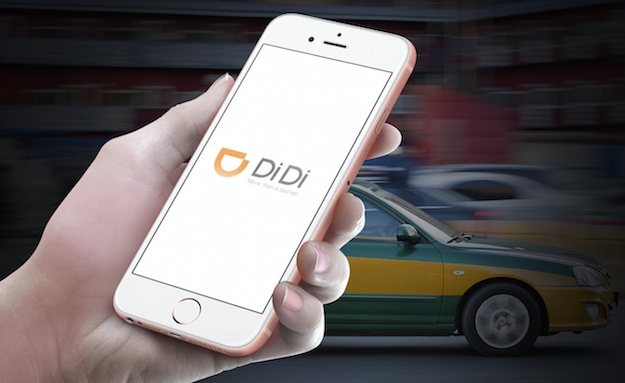 Didi Chuxing, China's largest card-service company, will create its own network of charging stations. The company has a huge fleet of electric vehicles. Of the 2 million electric vehicles that are currently in operation around the world, 260,000 are in the hands of Didi Chuxing. By 2020, the company plans that of the 21 million drivers who use the service, one million will drive electric vehicles.

Among the main problems of big cities are air pollutants and traffic. The use of electric vehicles will probably improve the ecological situation. In order to solve the second problem, Uber and NASA will launch the Elevate project - a network of flying taxicabs operating on the same principle as conventional Uber cars. 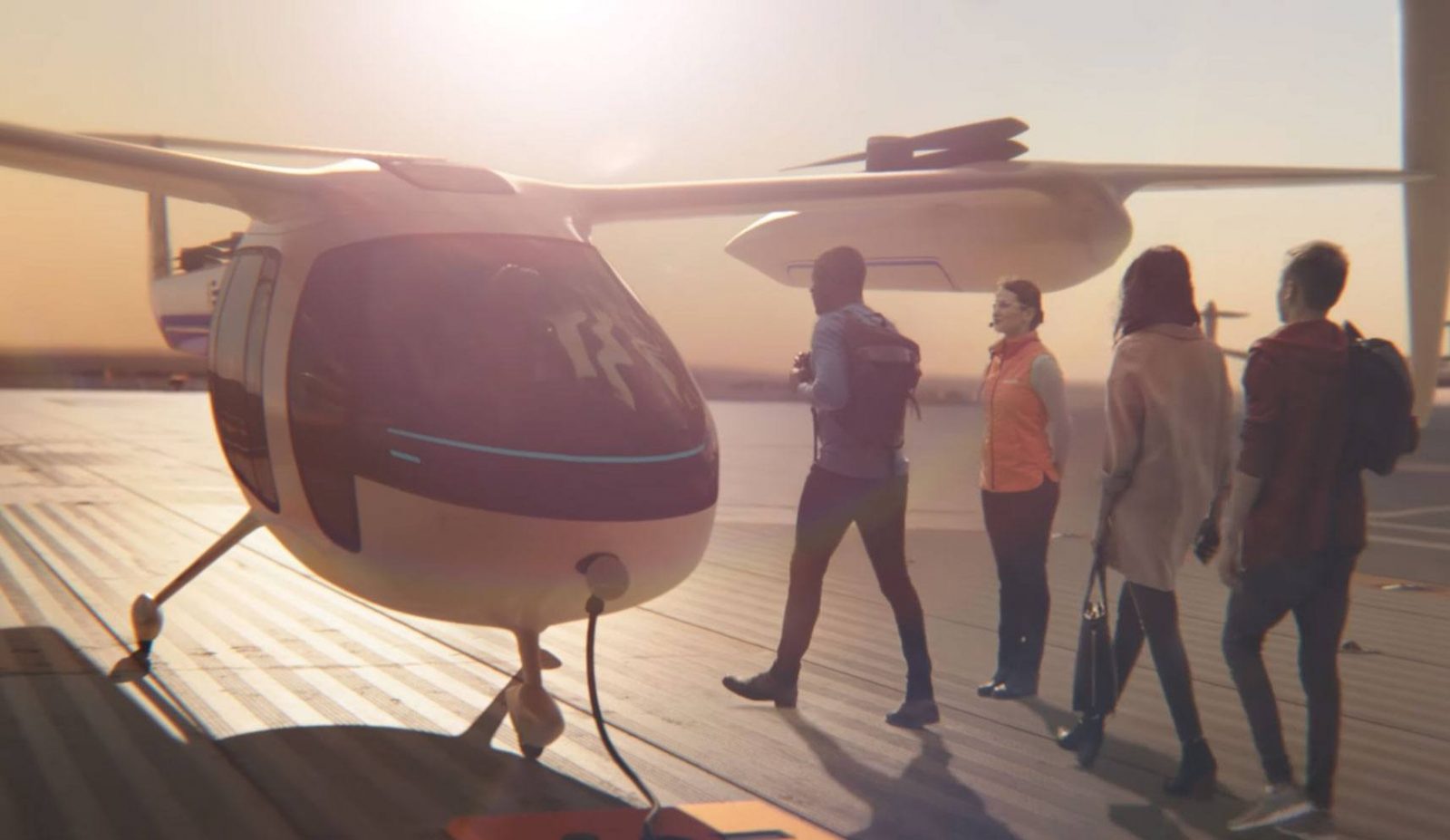 Hoversurf has also developed electric air vehicles. The flying bike, Scorpion 3 Hoverbike, has already been adopted by the policemen of Dubai. The company's website lists its cost at $60,000. 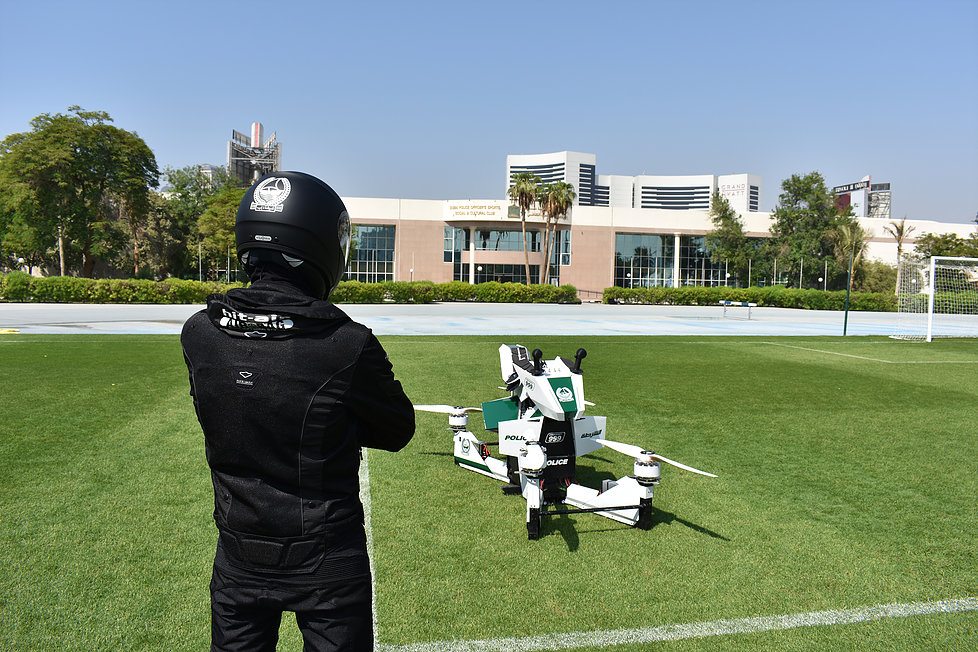 Another Hoversurf development is the flying taxi Formula, which has the properties of an aircraft with vertical take-off. Formula will have the dimensions of a conventional car which will facilitate the integration of the new transport into the urban infrastructure. 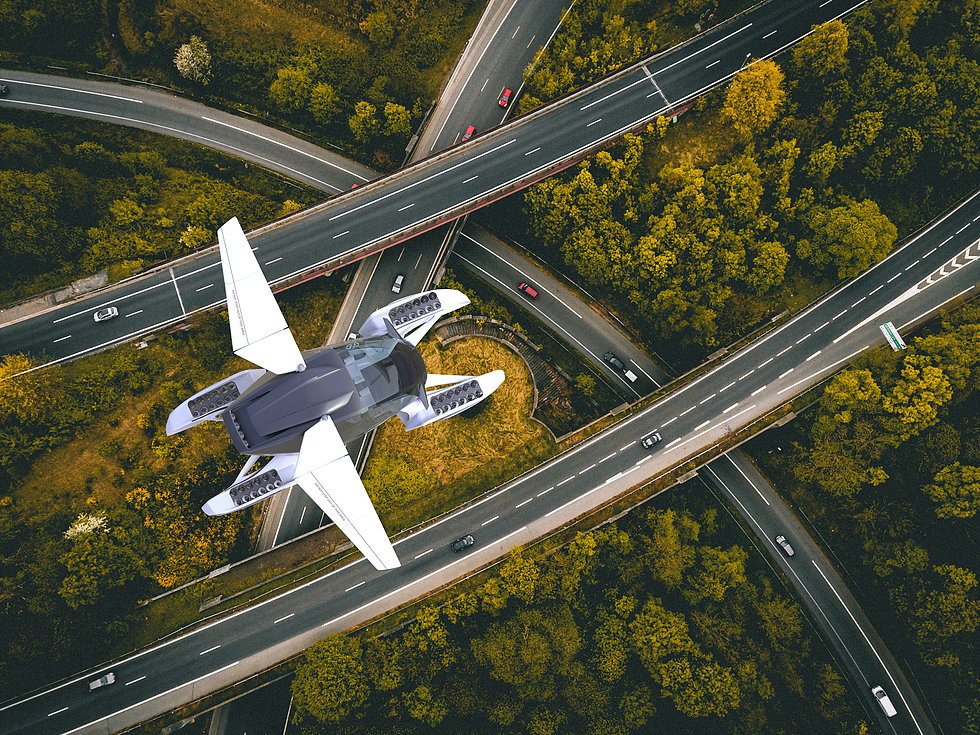 As you can see, practically all of the most powerful automobile corporations have already joined the transport of the future. Even more new solutions will be offered and new models will come down the best pipelines ever more often.

Looking at the big picture, it's easy to see that electric cars are gradually gaining inroads. By 2020, we will probably see the vicory of the electric motor over the internal combustion engine.

We can already say that the fruits of this victory will first of all go to those countries in which favorable conditions for the development of new electric vehicles and friendly legislation are being created. Today it is Scandinavian countries and China.