The market has been showing slow growth over the past few weeks. Some saw it as the beginning of the long-awaited growth, while more pessimistic traders were expecting a new dip. And it did happen: September 5...

The market has been showing slow growth over the past few weeks. Some saw it as the beginning of the long-awaited growth, while more pessimistic traders were expecting a new dip. And it did happen: September 5...

The market has been showing slow growth over the past few weeks. Some saw it as the beginning of the long-awaited growth, while more pessimistic traders were expecting a new dip. And it did happen: September 5 has become a “red letter day” for the crypto market. Coinmarketcap top cryptocurrencies are showing a steady downward movement. Bitcoin has fallen down to $6,440 and Ethereum has hit its September 2017 values. At press time, Ethereum is trading at $228. The market lost $20 billion in capitalization in one day. 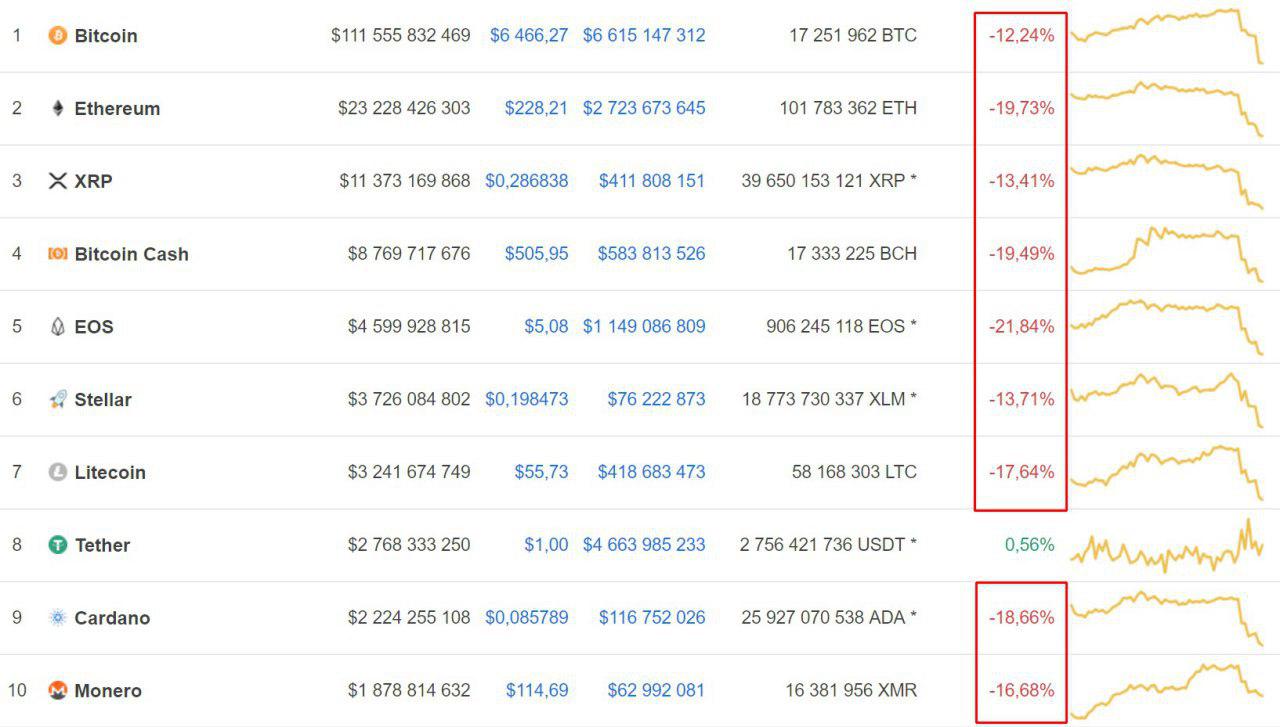 The pair was unable to hold gains above $7,400, which we wrote about earlier, and Bitcoin slumped down. 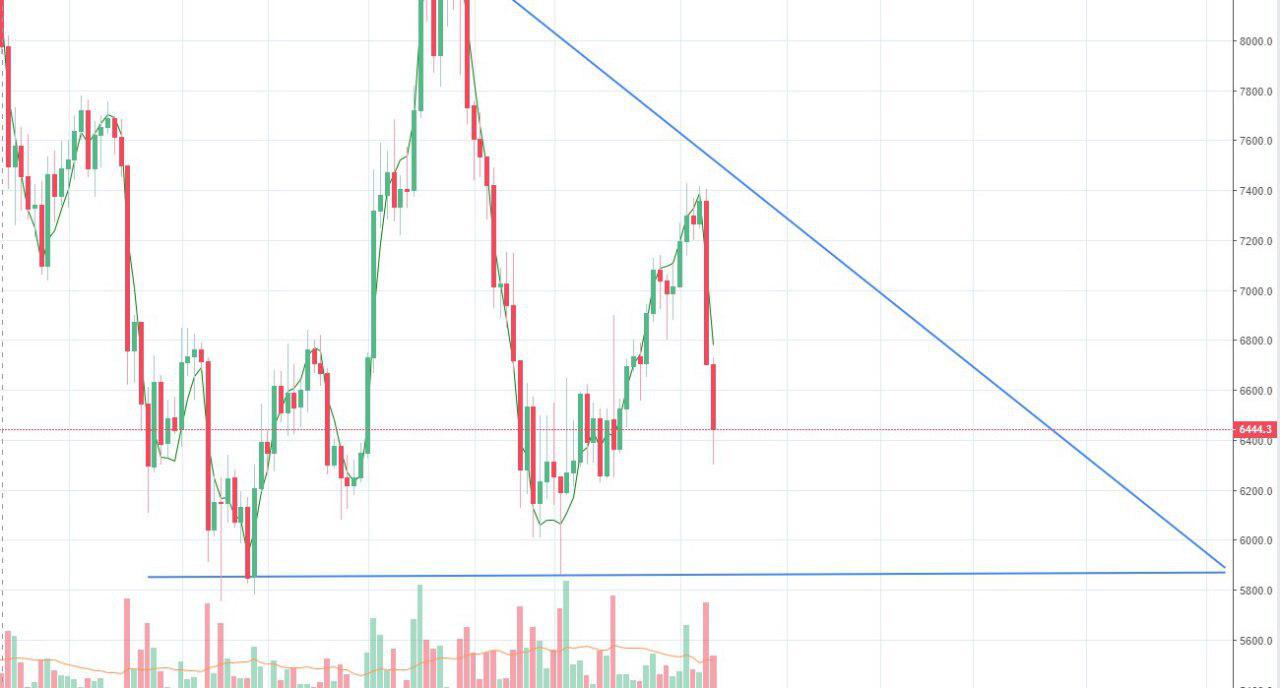 As of now, BTC/USD, having risen over the $6,800 support level, fell down to $6,302 whence it corrected upwards to $6,440. In the current situation, the pair may well be trading flat to straighten the indicators and go to the lower triangle border reaching the $ 5800 level (see the chart), and there is always a probability of market manipulation.

Such a fall could not but affect altcoins that reacted to the BTC drop by a 20% slump. The worst affected were the forks BTC: BTG (Bitcoin Gold) and BCD (Bitcoin Diamond). They lost 20% and 86% respectively with reports of their being delisted from major exсhanges coming in.

Some experts attribute the fall to Goldman Sachs halting its plans to set up a crypto-focused unit. However, this information is nothing but rumours so far. Business Insider is citing unnamed “sources that are familiar with the situation”. According such source, Goldman Sachs representatives are not fully rejecting the idea, they are waiting for a more favourable regulatory environment to set in.

Another possible reason for negative market trends is the proposed introduction of a mandatory KYC system on ShapeShift exchange platform. The service is positioning it as a major loyalty program and promising lots of benefits to those who authenticate. Since 2013, the platform has been providing instant cryptocurrencies exchange facility to its users without requesting them to provide their personal data.

That is exactly why it was well liked by crypto enthusiasts who are known to value their privacy. On Tuesday, September 4, ShapeShift launched a "membership program" providing for the collection of personal data which will soon be mandatory for all. It is not ruled out by experts that the decision was not made solely by the platform, the situation must have involved regulators and law enforcement agencies. 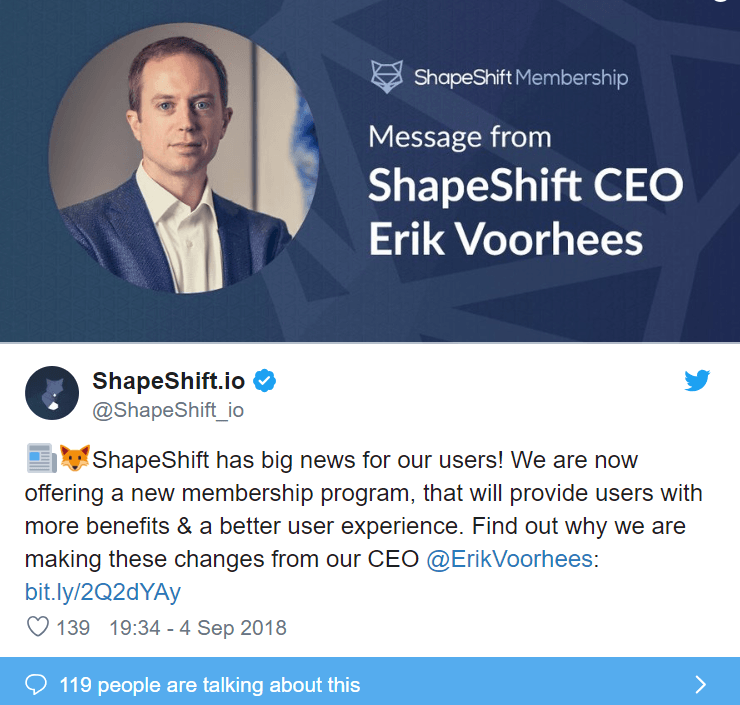 We, on our part, would not advise you to trade right now until the picture has become clearer. We will continue monitoring the market to inform you of new developments.

At the moment (for a few hours now), the BTC/USD pair has found support around the $6,400 level.