It is difficult to imagine a world without the Internet in 2019. We are so accustomed to the capabilities and amenities of the World Wide Web that sometimes we forget that the Internet became part of the general public’s life relatively recently.

It is difficult to imagine a world without the Internet in 2019. We are so accustomed to the capabilities and amenities of the World Wide Web that sometimes we forget that the Internet became part of the general public’s life relatively recently.

Some 20 years ago people could only dream about having the Internet at home, not to mention connecting to a mobile network with a mobile phone.

And interestingly we now see the Internet as something indispensable. And like everything indispensable, the Internet has a certain constant and stable status in our mind. It seems to us now that nothing new can be invented. That this is the way it was, it is, and always will be. And it is even less possible to believe that a person could be unable to access the web.

However, right now the era of the Internet, with the help of the main visionary of the planet Elon Musk, is entering a new period thanks to his brainchild called «Starlink». The Starlink project was created so that broadband Internet access will be available anywhere in the world for all people on the planet. In order to provide «Internet for all», SpaceX plans to launch more than 12,000 satellites into Earth’s orbit. They must create a completely new network. 60 Starlink satellites have already been launched as of May 2019.

Elon Musk voiced this idea for the first time in 2015 and, together with his colleagues, is engaged in its active development to this day. The final deployment of the «Starlink» SpaceX network is planned no later than the mid 2020’s.

The cost of such an ambitious project as «Starlink» is estimated at more than $10 billion, with another $30 to $50 billion that will have to be spent to maintain the satellites and their replacement in the event of damage. According to Elona Musk, general director of SpaceX, the service life of the satellites will be 3-5 years. This could be a significant problem for near-Earth space. Theoretically, in just 3 years after the start of using this network a huge amount of space debris could accumulate in orbit, which already has quite a bit. However, the company has offered a solution: it is assumed that the «Starlink» satellites will burn up if they enter the Earth’s atmosphere. This would solve the debris problem.

According to analysts, satellite Internet will fundamentally change the current situation in the network economy with as few as 4,500 satellites available. It is difficult to imagine what global changes will be discussed when all of the planned 12,000 satellites are in orbit.

What is SpaceX’s «Starlink» satellite internet? 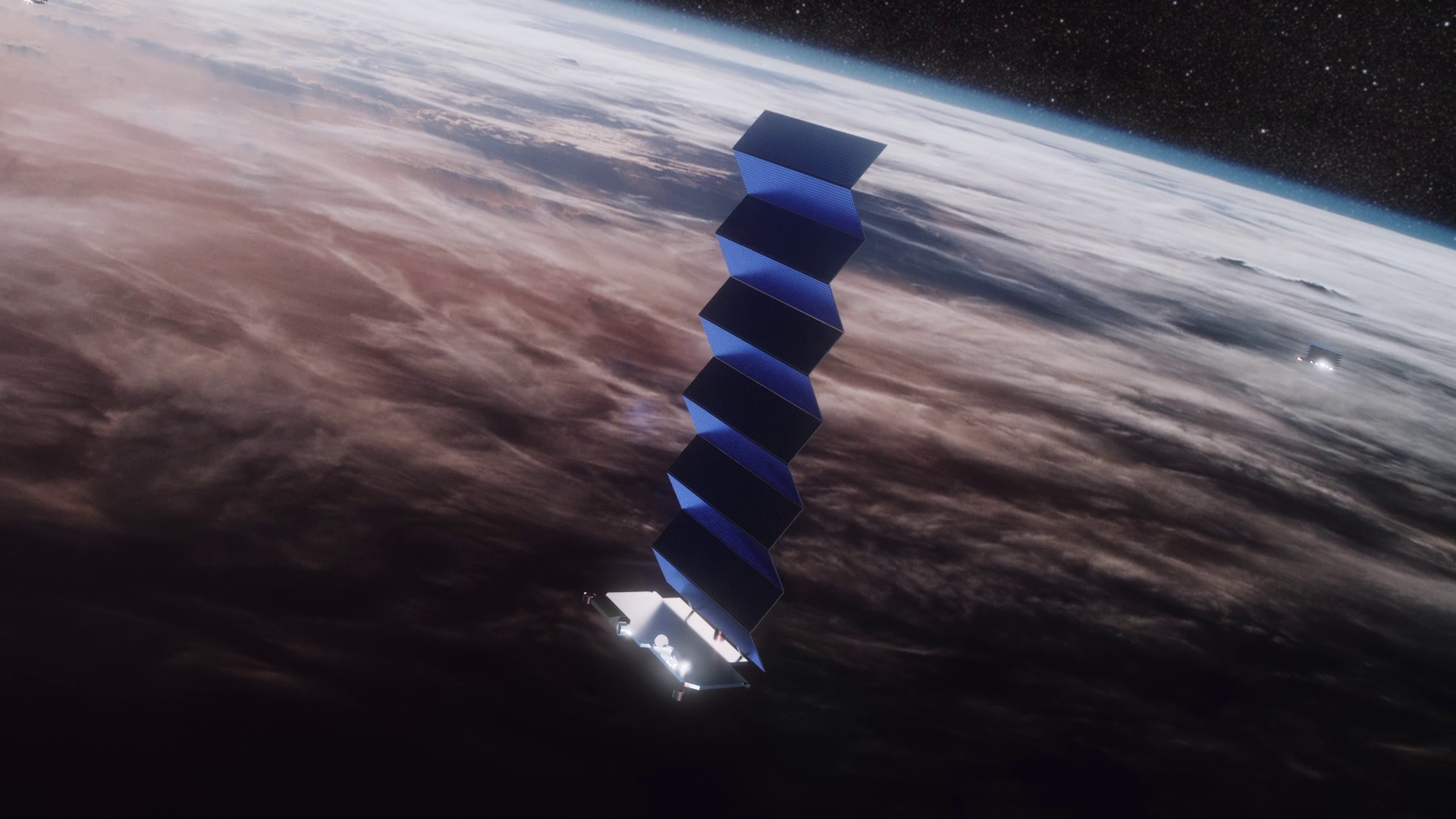 As information technology evolves, data transfer technologies are changing. Satellite data transmission itself is not something new. We have been using it for more than a decade, since the 1990’s. It can be either one-way, when data is received via satellite and transmitted through some other channel, or two-way, when the process of receiving and transmitting information is entirely through satellites. VSAT technology (very small aperture terminal), which is a small station with an antenna diameter of no more than 2.5 meters, is mainly used to provide satellite Internet.

Despite the small size of the station it requires a lot of equipment. So the station price is quite high. The set includes both high-frequency data transmission and reception units and a terminal to which the network is connected directly through an antenna. Signal transmission occurs on three bands: C, Ku, and Ka. The first is used less often than others, mostly for one-way transmission which requires large antennas with powerful transmitters. Classic two-way Internet is transmitted on the Ku band, which is the best compromise of the three. Data transmission does not require large antennas (up to 2 meters in diameter) and the transmitters themselves can be small, compact and, therefore, inexpensive.

What then is Starlink’s innovation? The fact that the new satellites developed by Musk’s company will transmit information on the Ka band, which is currently not used as widely as we would like. An antenna for data transmission in this range is even smaller (less than a meter) in diameter, while the transfer rate ranges from 3 to 6 Mb/s, which is a perfect match for modern requirements of the Internet. Humanity wants more, more convenient and many times faster — and «Starlink» satellites in the sky will give it to us.

Test prototypes of TINTIN A, TINTIN B, and the first launches

At the end of February in 2018, SpaceX presented the first test prototypes of the new satellites — the ancestors of future satellites, designed to provide affordable and cheap Internet around the world even in the most remote parts of the planet. 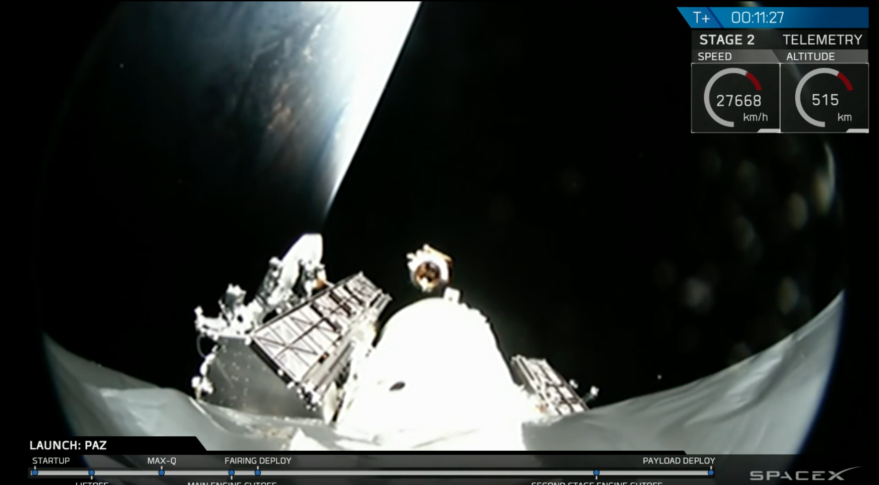 TINTIN A and TINTIN B were launched one after another and practically flew along the same trajectory, but put in different orbits. 3 mobile and 5 fixed stations are watching them from the ground. The former act as a kind of ordinary user moving across the terrain and using the Internet, while the latter act as operators. Thus, the company keeps track of all of the shortcomings in data transmission so that there will be no significant problems when the mass launch of the next generation of satellites occurs.

There are no exact dates and details of the launch of the second and third batches of satellites into orbit, but we do know that they are scheduled for 2019.

Why does the company need it? 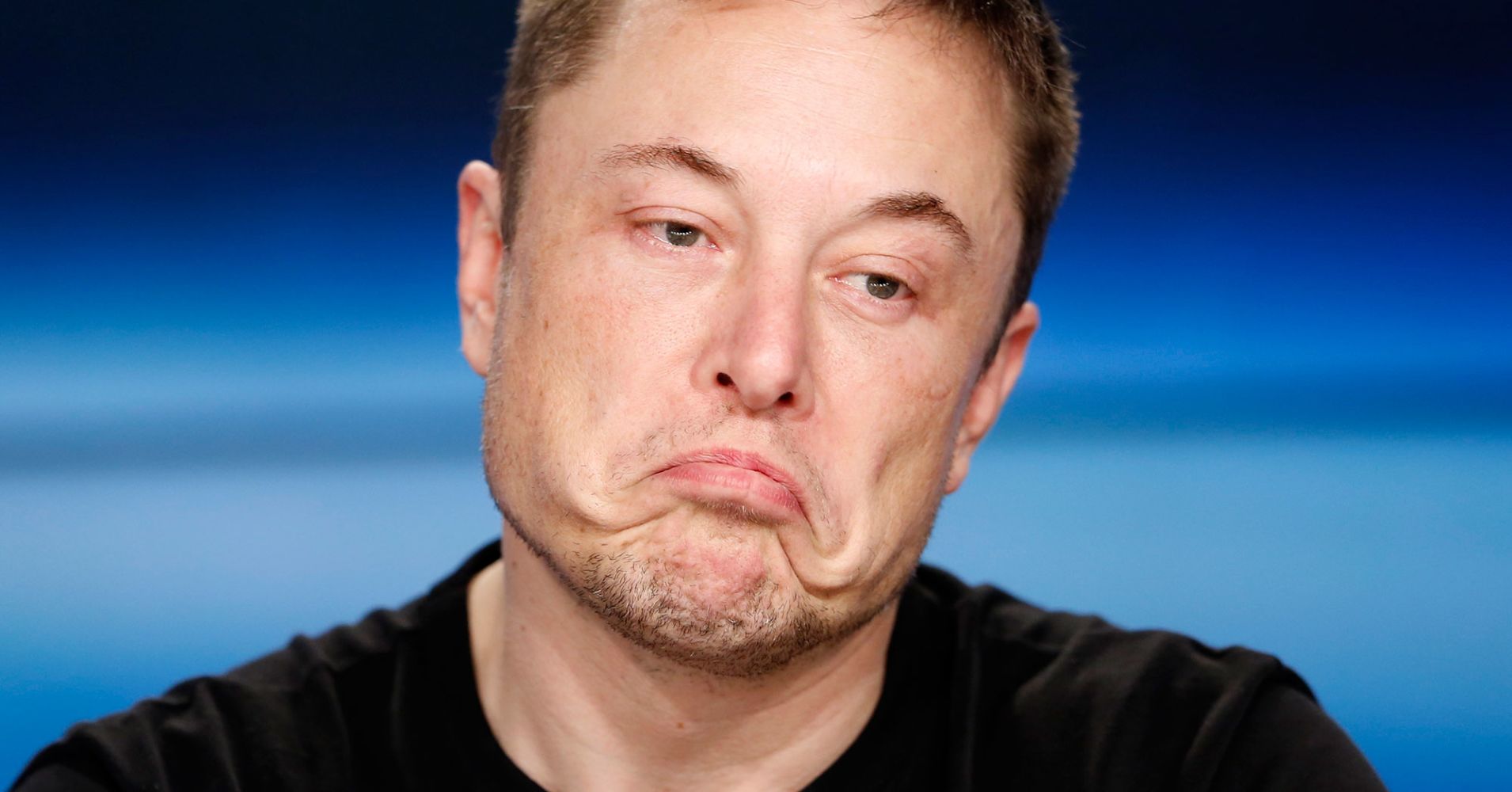 Elon Musk openly admitted in an interview that the «Starlink» project to distribute the Internet is very beneficial for his company, despite the up-front expenses for creating and launching it. According to analysts, the company’s net profit will be $30 billion if only 40 million people connect to the network by 2025. However, the price for users has not yet been openly discussed. There was also no information on how to connect to «Starlink» or about the subscription fee. We have yet to learn exactly how the world will get access to super-fast Internet and how this satellite network will work if it is implemented according to Musk’s plans.

At the moment, we can only imagine how well «Starlink» will work based on the available facts. We can assume that such an Internet will be impossible to turn off and it will be relatively inexpensive. This is the only way that the company can turn a profit while providing value to those who don’t have access to the Internet. We used to think that everyone has access to the Internet, but the reality is that a huge number of people in the U.S. alone, especially in rural areas, still do not have access to the web. It may seem strange, but the truth is that all additional infrastructure like laying cable in remote areas costs more and creates more problems for Internet companies than any real benefits or profit. Since Elon Musk’s internet doesn’t need any wires or a full-scale ground network — just plug in and use — and has a relatively low fixed cost, it will attract several million potential users which other network operators couldn’t profit from. «Starlink» will also definitely make life easier for crews of sea vessels that still have a serious problem with regular communication with the land.

Too good to be true 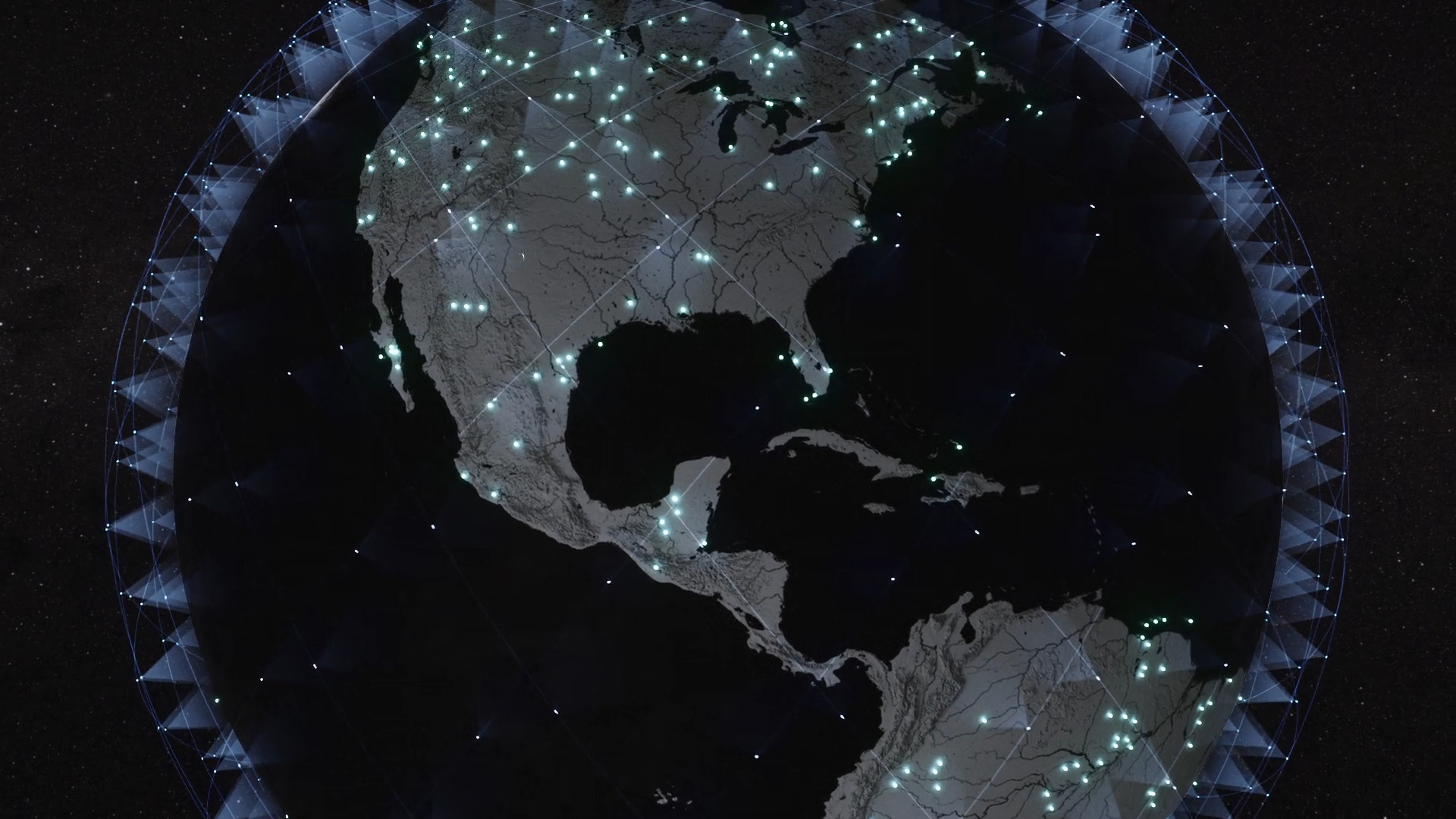 The advantages of satellite internet include speed and ease of connection. In the past, the maximum speed was 6Mb/s. But Elon Musk promises to increase it significantly. In addition, satellite internet is not tied to a power supply or the usual providers and gives residents of remote regions a unique opportunity to always be in touch with the outside world and live in the same way the rest of world lives with affordable Internet service.

However, despite the fact that all of this sounds like a fabulous dream that is about to become a reality, there are quite a few pitfalls in «Starlink Mission» — there are too many parts of the project that are on the edge of what modern technology can offer. And, in order to solve these difficulties, SpaceX needs to go beyond the current limits and come up with completely new solutions.

What difficulties is «Starlink» likely to face?

The future of the Internet 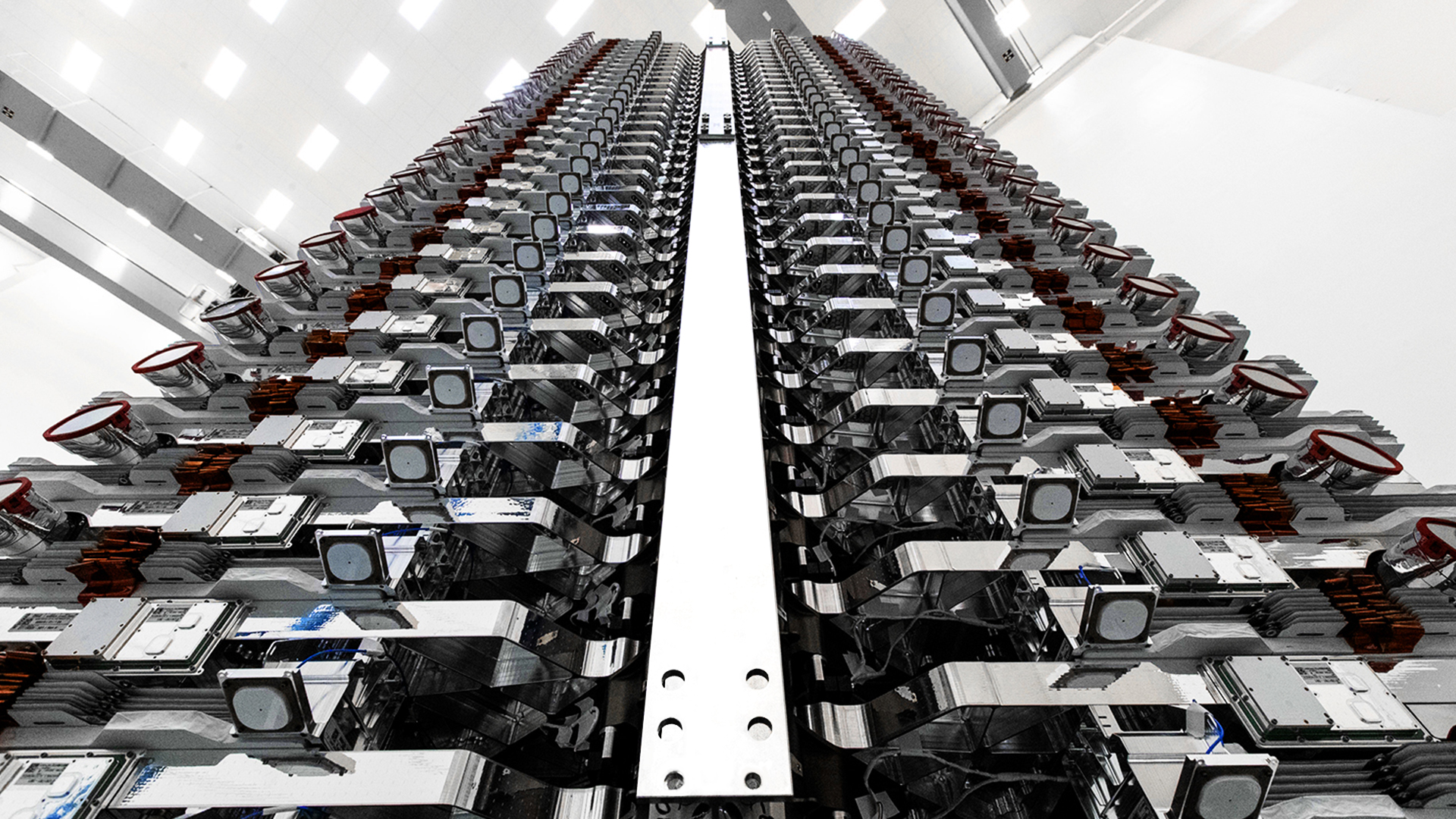 At least technically, the satellite network will put an end to any «sovereign» Internet, such as in China for example. The Musk network will also create some problems for the Ministry of Digital Development, Communications, and Mass Media of the Russian Federation about their plans to create an isolated internet system. We do not want to go into politics and give any assessment to this phenomenon, let us only say that «Starlink» will provide access to the network bypassing providers, thereby making it impossible for them to filter internal and external traffic. You can look at this as you please, but sooner or later there will be broadband internet access «from space». Will any other company take the lead and innovate or will it be SpaceX that will finance the construction of Martian bases with profit from their Internet. We will probably find out very soon. It is hard to believe, but the future of science fiction books is already becoming a reality, and sometimes we even live inside it without noticing. What this future will be — either connecting us or separating us even more — only time will tell.

HiTecher writer since 2019, editor, teacher. Achieved a Bachelor’s Degree with Honours in English Literature, a PGCE in PCET Teaching Qualification. An Englishman originally from Southampton in the United Kingdom.

All posts by Thomas Acland