Quantum computers are increasingly gaining traction — not just among scientists, but also with journalists excited about the upcoming computing technology revolution set to completely transform our world....

Quantum computers are increasingly gaining traction — not just among scientists, but also with journalists excited about the upcoming computing technology revolution set to completely transform our world....

Quantum computers are increasingly gaining traction — not just among scientists, but also with journalists excited about the upcoming computing technology revolution set to completely transform our world. Processors capable of handling — in a matter of seconds — such a large amount of data that even the most advanced quartz chips couldn’t handle in a billion years, will allow us to model physical processes with an unprecedented degree of accuracy and solve incredibly complex applied tasks, thus rendering all modern security systems obsolete.

Every year, tech giants announce new quantum computers with increasing computing power. Evidently, the idea that was originally imagined in the early 1980s, is closer than ever to being put into practice. But when will this new approach to data processing really start changing the lives of regular people? Will we get gadgets equipped with quantum chips — or will these technologies remain exclusive to corporations and governments? And how soon will quantum computers completely replace modern processors? 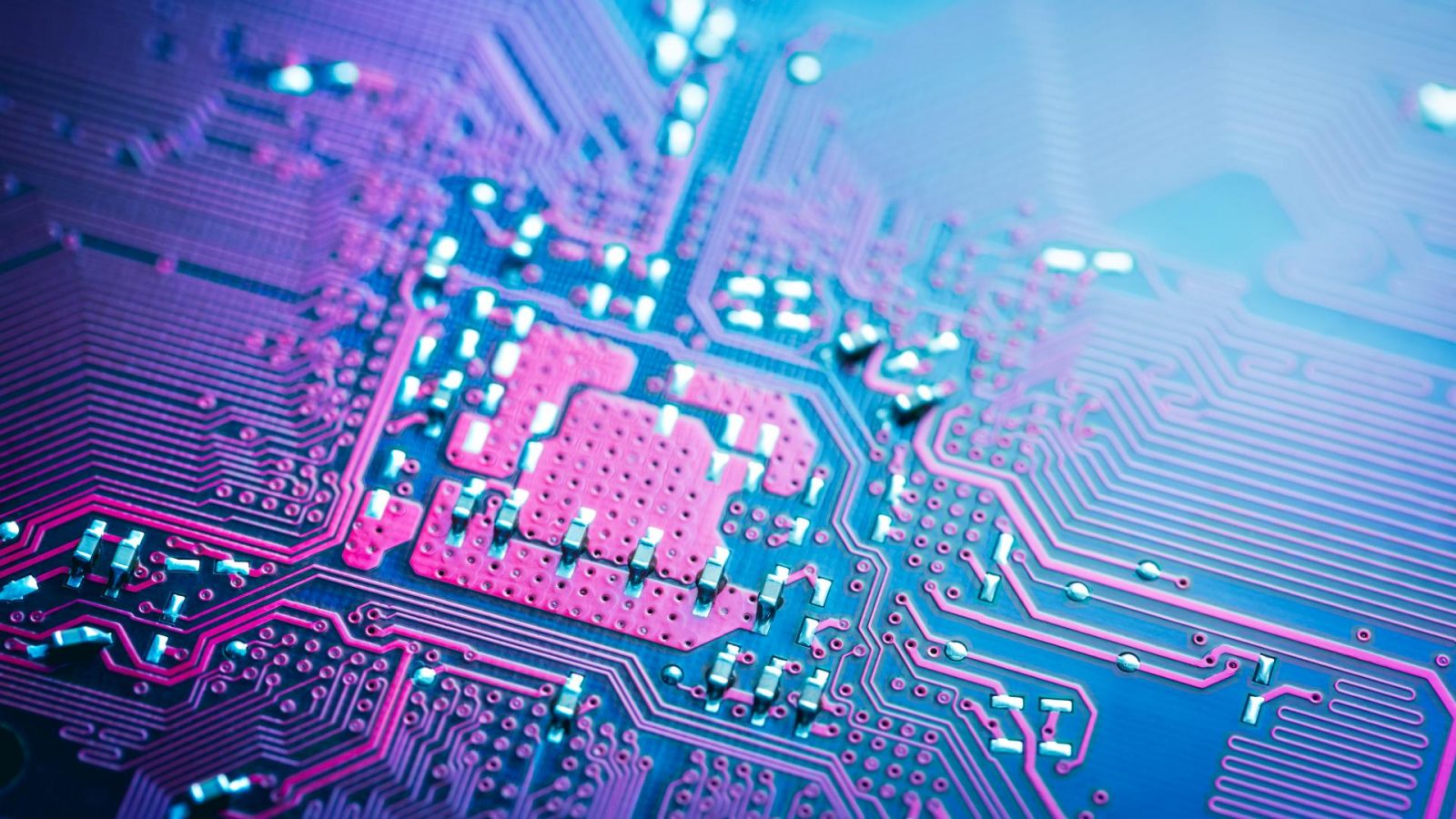 Intel founder Gordon Moore identified a pattern showing that the number of computing elements in advanced processors doubles every two years. This observation was dubbed Moore’s Law. Thanks to the rapid development of electronics, engineers are capable of making increasingly smaller transistors, which means that a single chip can hold more elements, enabling them to process a higher volume of information in a single unit of time.

The essential computing elements in modern computers are just a few nanometers long. However, miniaturization of quartz electronics is unfortunately constrained by the size of an atom.

Optical electronics — which use photons instead of electrons to transmit information — present an alternative way of building computers. But this one is also constrained — by the physical properties of light. 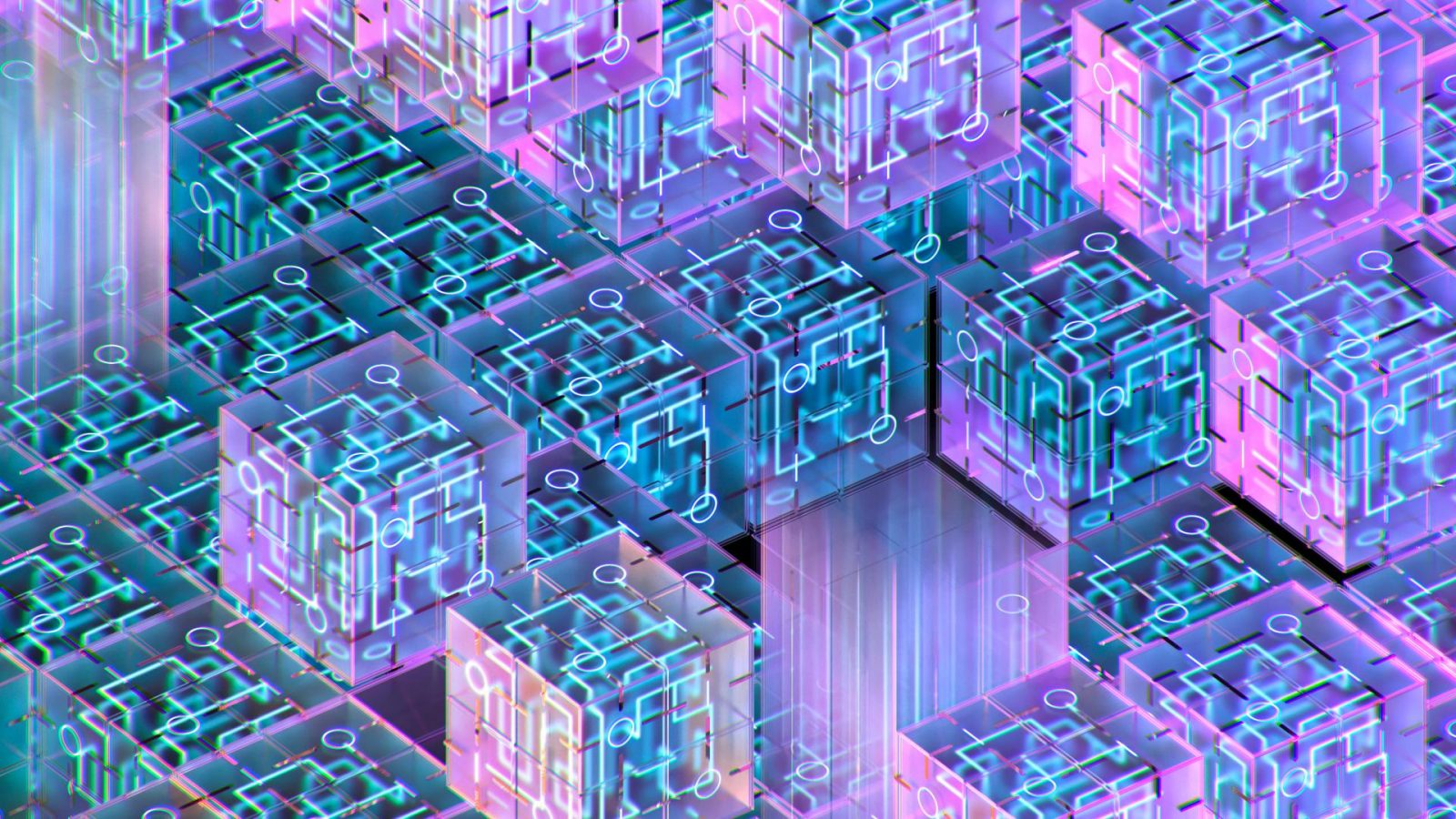 In regular computers with silicon chips, information is stored in binary code, in bits. This means that a computing element can give one of two values — 1 or 0, ‘true’ or ‘false’.

A quantum processor made up of qubits can be simultaneously in all possible states, but in each one — with a certain probability. This phenomenon — called quantum superposition — allows simultaneous processing of large volumes of data and can solve tasks that are too complex for regular computers.

The computing process is a system-wide transition, taking a predefined set of data into some new state, which is considered the solution.

Due to their quantum nature these computing elements are relatively unstable, and one of the main engineering tasks is creating qubits that will last as long as possible. There should be no influence on the quantum system while it is operating, as this could potentially affect the results.

The way a quantum computer works can be compared with the famous ‘Schrodinger’s Cat’ thought experiment. It’s impossible to say if a cat inside a box is dead or alive, which means that initially the cat is both dead and alive for the person conducting the experiment — with equal probability.

Another phenomenon at the core of quantum computing is quantum entanglement. Several objects can ‘synchronize’ their quantum states: when the state of one object changes, the elements connected to it instantly react by changing their states. This effect does not depend on the distance between objects, which means that quantum computers will have no limitations in information processing speed. What’s more, it’s possible to create a perfectly encrypted communication channel without any delays.

From theory to practice 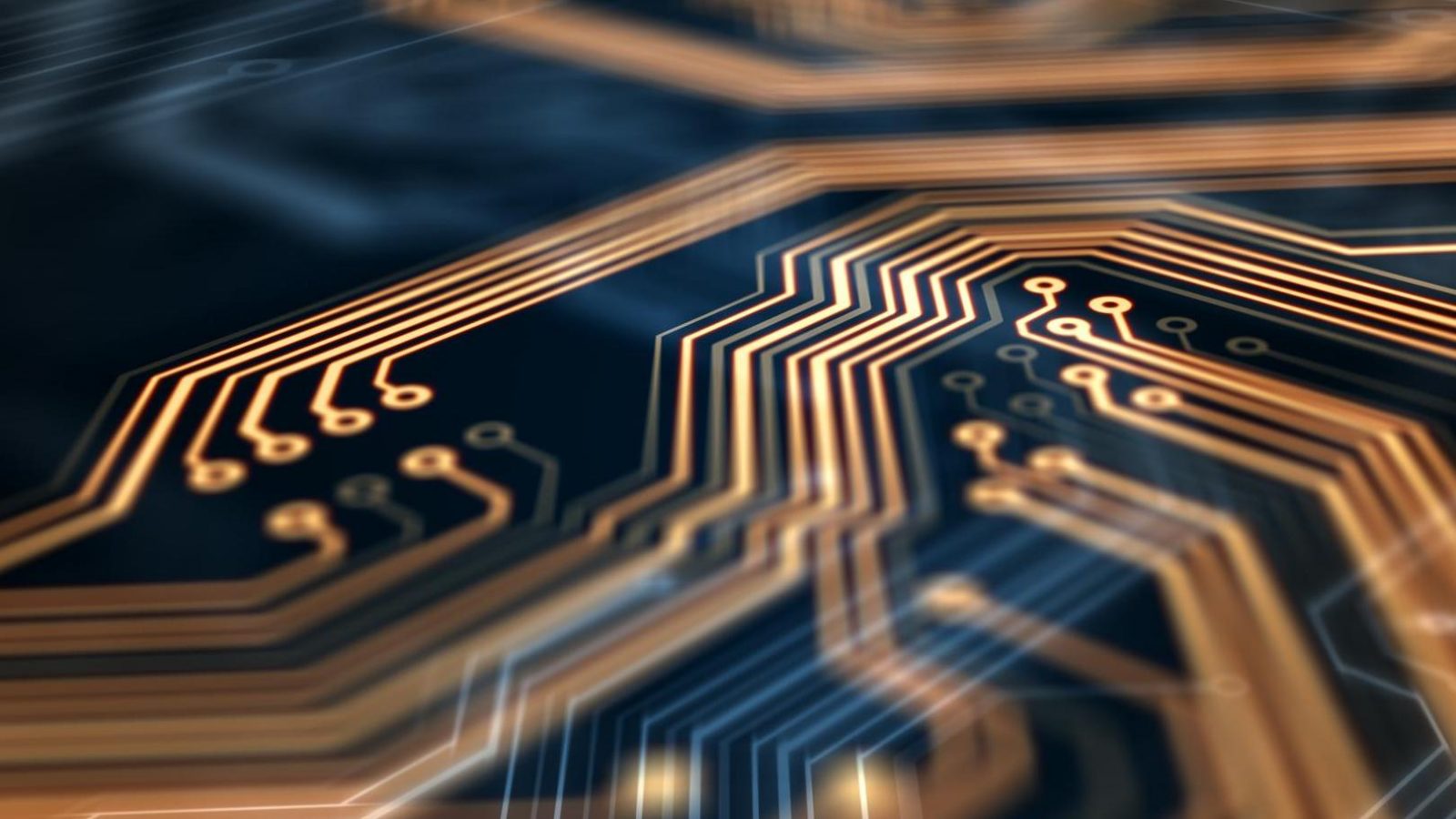 In 1980, Soviet mathematician Yuri Manin was the first to propose the idea of quantum computing.

In 1981 — independently from Manin — famous American physicist Richard Feynman held a lecture at MIT, where he stated that classical computers are unfit for modeling quantum systems and proposed a new theoretical model of a quantum computer.

In 1991, Polish physicist Artur Ekert proposed the concept of safe communication, based on the phenomenon of quantum entanglement — the interconnectedness between the states of several particles.

In 1994, American mathematician Peter Shor developed a quantum algorithm for instantly factoring numbers into primes. At first glance it might seem that there’s nothing interesting in equations like 21 = 7 × 3 or 42 = 2 × 3 × 7. However, these factorizations are the basis for the most common encryption method used by the RSA, except larger numbers are used in practice. Even the average modern laptop can quickly multiply several numbers with a few dozen symbols each — but factorization is another story, and the average computer might not manage this task in the entire lifespan of our universe.

Thus, Shor’s algorithm can render all methods of transmitting data, which are currently considered safe, obsolete — from HTTPS website encryption to bank transfers and cryptocurrency transactions. At present, existing working prototypes of quantum computers lack the necessary computing power to be a real threat, so it’s too soon to tell.

In the mid 1990s, quantum computing became a hot topic at the government level. In February 1995, the Defense Ministry of the United States of America organized a massive seminar dedicated to quantum computing and cryptography, with presentations from leading physicists.

In 1996, Lov Grover, a Bell Labs employee, invented an algorithm that could effectively solve problems that required the use of the exhaustive search method.

During that same year, David P. DiVincenzo from IBM listed the minimum requirements needed to create a quantum computer.

Several quantum computer prototypes were proposed in the late 1990s, and the first working prototype (based on nuclear magnetic resonance, with computing power of 2 qubits) appeared in 1998.

The first 5- and 7-qubit computers were created in the 2000s, and Shor’s algorithm was also successfully demonstrated.

The 2010s marked the start of the ‘quantum race’, which was quickly joined by major tech companies IBM, Intel, Google, and Microsoft. 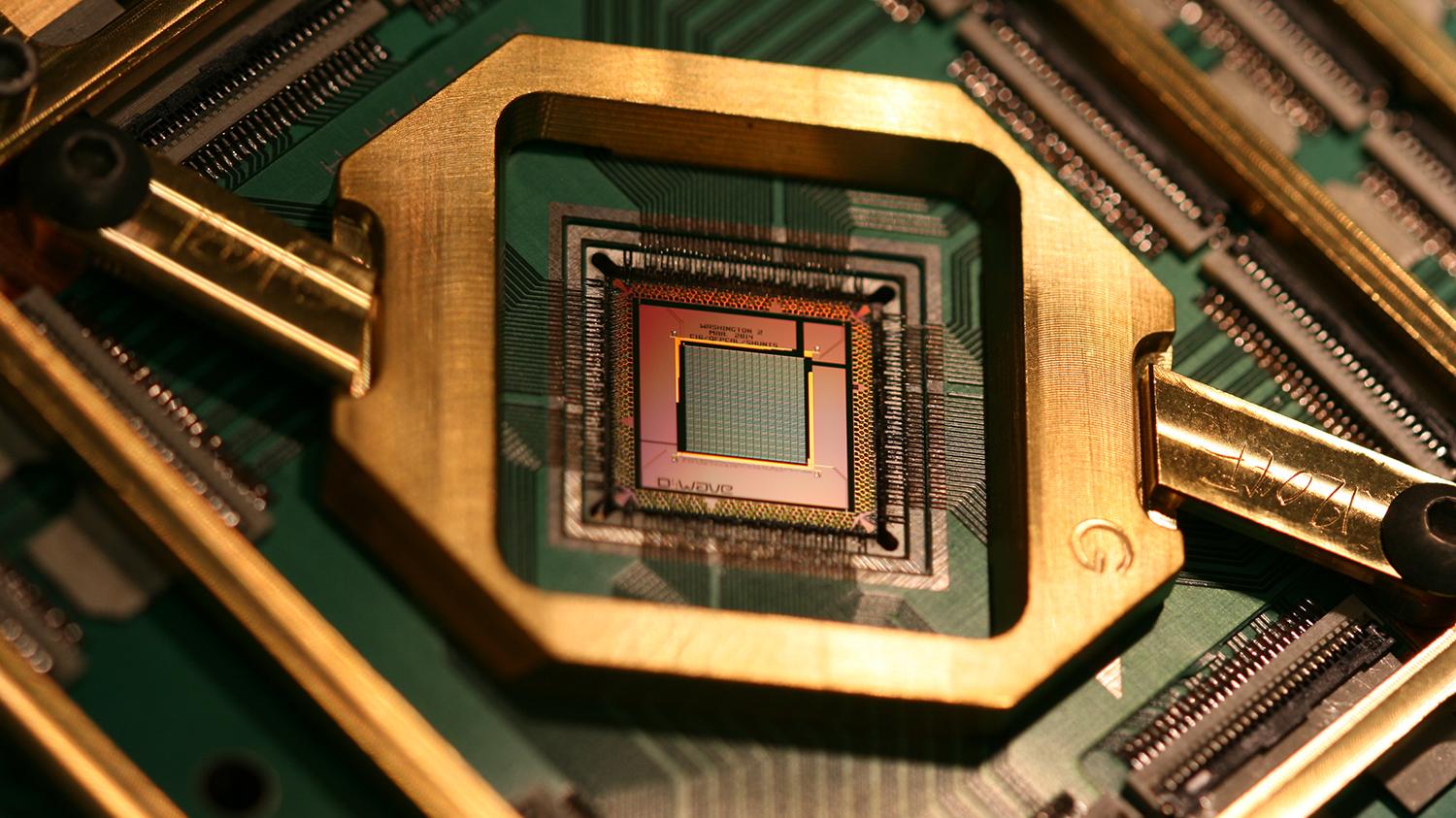 IBM is serious about becoming a leader in this race, hoping to achieve profitability in their quantum computing cloud service offering by 2021.

In early 2018, IBM presented a 50-qubit quantum computer. A year later, they released their first commercial model — Q System One.

The company is primarily interested in working with commercial partners in the finance, automotive and chemical industries.

IBM’s main competitor in quantum computing is definitely Google. According to an official statement released by the company in March 2018, they managed to create a 72-qubit quantum processor (called Bristlecone), with a low probability of error. Detailed technical characteristics are currently kept secret, but Google claims that Bristlecone is extremely close to achieving ‘quantum supremacy’.

Another famous quantum computer manufacturer is Canada-based company D-Wave Systems. However, even though the latest D-Wave computer models contain up to 2000 qubits, they are not universal and are only fit to solve certain specific problems. Even then, the speed of some algorithms can still be increased by 100 million times.

Some experts doubted that the company was actually manufacturing quantum computers, but in 2015 Google confirmed that D-Wave was indeed operating based on the principles of quantum computing.

In 2017, experts from the Russian Quantum Center managed to build a 51-qubit computer using laser-cooled atoms of rubidium. The center is a non-governmental research organization largely funded by Skolkovo Foundation.

Intel presented their development in early 2018. Tangle Lake, a 49-qubit quantum chip, is slated to be used for medical modeling as well as financial and meteorological forecasting.

At the end of 2017, Yale professor Robert Schoelkopf joined forces with his colleagues to found Quantum Circuits, with the goal of creating a fully functional quantum computer. Schoelkopf’s developments are used by IBM, Intel and Google, but what sets Quantum Circuits apart from competitors is their plan to create a network made up of mini computers, instead of building a single large chip. This approach is believed to contribute to the system’s scalability.

How quantum computers will change life as we know it 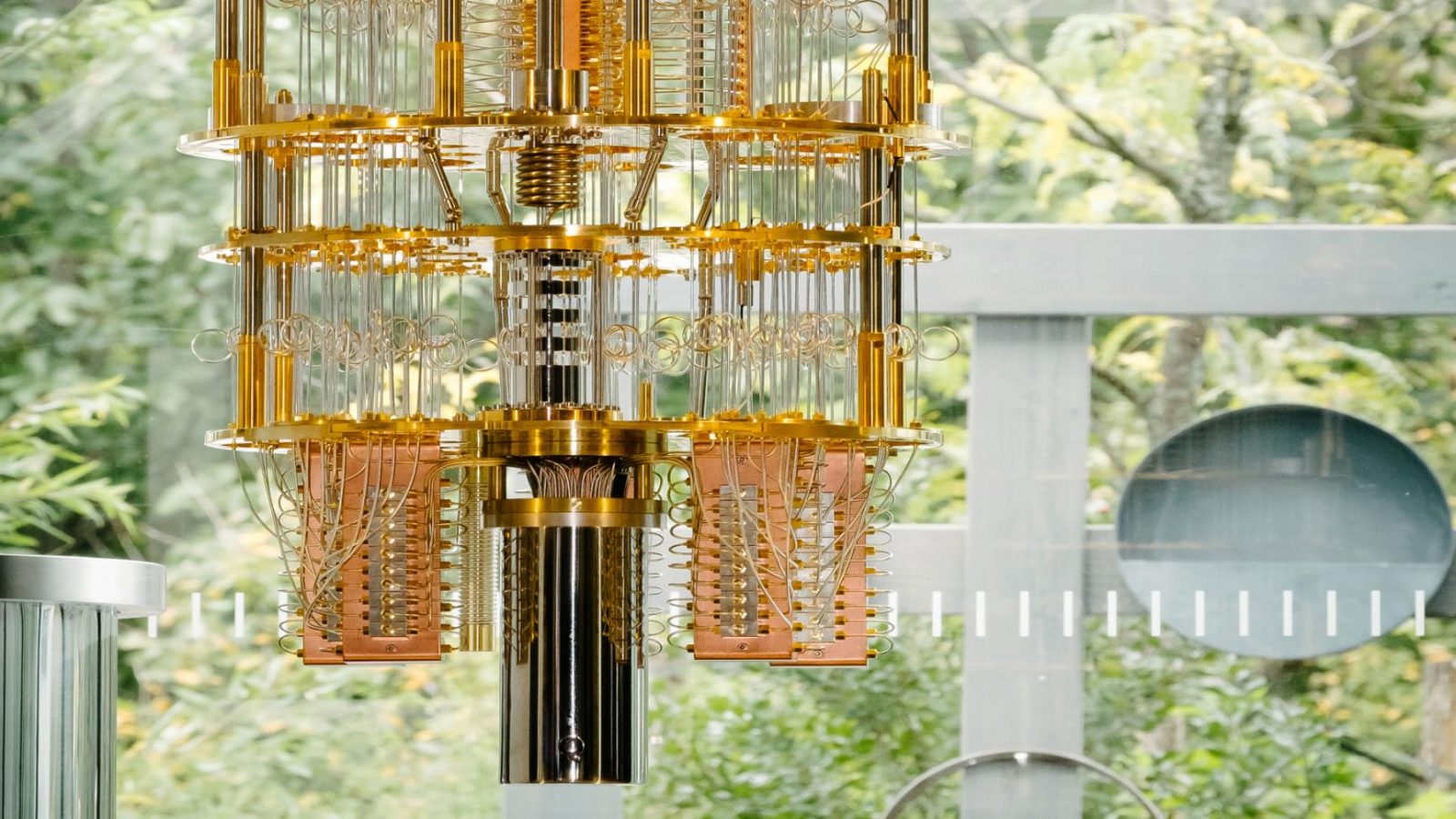 Quantum computers offer a completely novel approach to working with information, unconstrained by the speed of light or the size of an atom.

The current level of technological progress allows us to collect a great deal of information about the world around us. However, the current level of computing power can only process a fraction of the data received from, say, the Large Hadron Collider, astronomical observatories or genetic laboratories.

In the field of fundamental and applied sciences, quantum computing can undoubtedly balance out the amount of raw data received with their processing speed.

Nevertheless, despite the amazing opportunities they present, quantum technologies present a number of challenges which are mostly caused by fundamentally different laws of nature and difficulties in transition to quantum mechanics.

Basically, quantum computers render almost all modern approaches to data programming, processing and protection obsolete. Humanity will not only have to harness a new technology, but also focus on building brand new data transfer protocols and infrastructure.

For major players in the IT market, quantum computers present both amazing potential and enormous risks. Because modern corporations like Google or Facebook receive a large portion of their income from advertising and selling user data, they will be forced to completely rebuild their business models, because their existing technologies will simply stop working.

Quantum computing also sparks significant interest at the government level. The new computing revolution will drastically reduce individual politicians’ influence, since solutions to most governmental problems will be easy to compute. At the same time, quantum technology regulation issues will also be resolved at the political level. Issues related to coordination and legislation of quantum computers might arise in the near future — as soon as we see the first machine with enough computing power to threaten personal, corporate or government data confidentiality or disrupt financial systems.

Today’s quantum computing systems are enormous, complex machines that are extremely expensive to develop and maintain. Only corporations or universities can afford them. But the same thing happened to regular computers, that went from taking up entire rooms to fitting on our desks — and even in our pockets.

Full-fledged quantum computers will probably appear in the next couple of decades, but because of high costs, private users will only be able to rent out computing capacity and cloud services like those currently offered by IBM.

Will we ever witness the creation of miniature quantum smartphones with power surpassing all modern computers, allowing us to transfer any information to any point in the Universe? It’s hard to say for sure. But practical application of laws operating at the quantum level — completely different from the ones used in our macro world governed by Newton’s mechanical laws — already seems to be within our reach.