Open government: what data the state is ready to disclose?

Governments of different countries are increasingly coming to the practice of more open management and providing more and more data on the work of departments. Nevertheless, to what extent are the authorities really ready to share information with the public? Moreover, where is the boundary between security, data protection, freedom of information and the interests of citizens?

Governments of different countries are increasingly coming to the practice of more open management and providing more and more data on the work of departments. Nevertheless, to what extent are the authorities really ready to share information with the public? Moreover, where is the boundary between security, data protection, freedom of information and the interests of citizens?

The issues of personal privacy and data security often collide with government interests, the fight against terrorism, and simply the unwillingness of politicians to share access to information.

Politicians in many countries still hold the opinion that a monopoly on access to data and closed methods of working with them are the key to state security. Full control in the hands of the state, means that private individuals, and most importantly other countries, will not be able to use the information to their advantage.

However, this approach is outdated and in fact vulnerable due to the lack of public auditing and civilian control over the nature of the data collected and their processing.

In many ways, the problem of data disclosure is associated with the development of computing technologies and widespread digitalization. In recent decades, the concept of an open state has become increasingly popular. An open state proposes improving the management model through more transparent work of all departments and the publication in open access of data on the actions of civil servants and the results of their work.

An open state is a good state 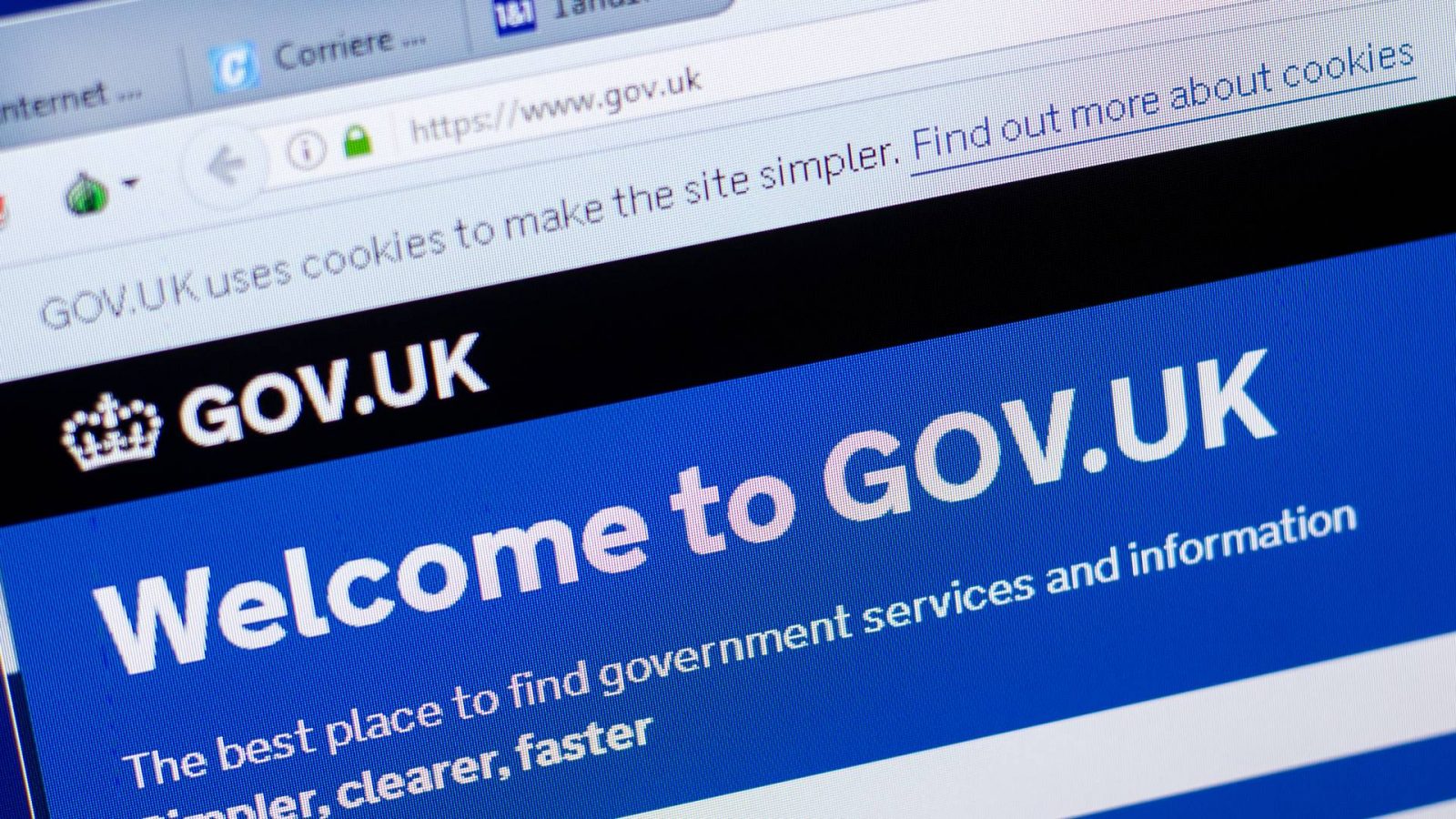 One of the first official definitions of the principles of openness in public administration appeared in the UK in 1993. The authors of the Open Government document said that citizens need access to information with which the state works. Actions and decisions of public servants should be transparent and accountable to the public. At the same time, of course, there is a place for state secrets, which ensures the security of both an individual’s right to privacy and acts in the national interest.

Among other things, the document sets forth the principles of how officials work with data. In order to hide any information, you need a clear list of conditions. It is also necessary to stipulate the principles on which this or that information will be available. This requires independent and authoritative control.

In 2000, Welsh authorities passed the Freedom of Information Act: allowing the public to request data held by government agencies, including the government itself; with the exception of ‘issues of national security’. Each time unpublished information is requested, a separate decision is made about whether to publish it or not.

In general, British politicians have a positive, but cautious attitude towards an open state. For example, in 2007, Information Commissioner Richard Thomas said that «an open state is certainly a good state,» but then he noted that some restrictions are inevitable. 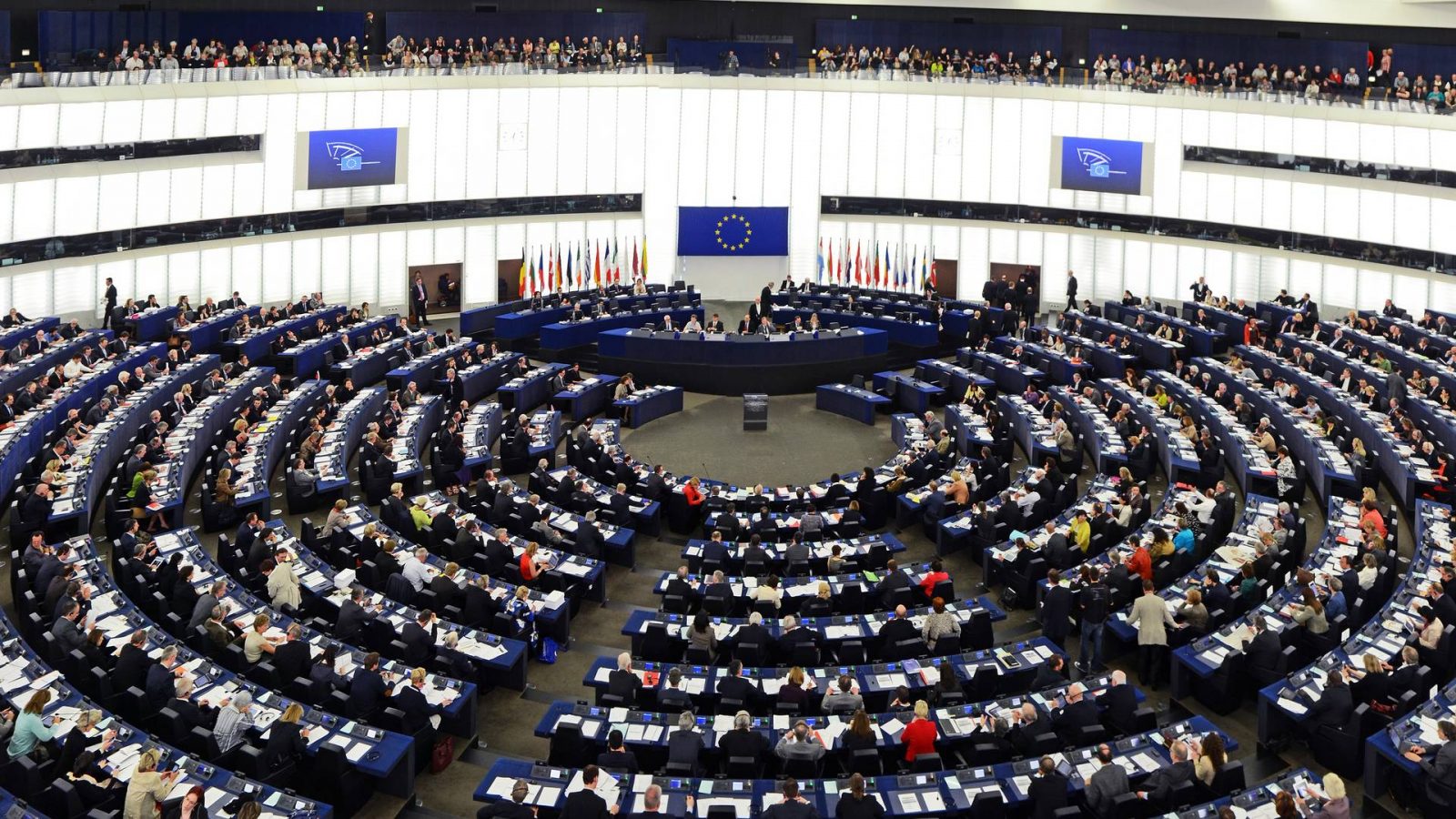 In the European Union, the principles of building an open state were formulated in 2001 in the European Governance document. Among other things, politicians introduced the new term «Good Governance», denoting the most effective method of governance, which is based on the transparency and accountability of state institutions, and therefore in the public trust.

The fundamental principle of the new model of European governance is openness. This seemingly simple idea requires a serious and high-quality practical implementation. Offices should provide as complete and detailed data as possible. Simultaneously, public figures should be used to explain specific decisions and actions, and not just dry numbers in jargon and bureaucratic terms.

The following principle noted in the document concerns the participation of society in all stages of decision-making — from the discussion of the concept to the legislative norms. It depends on the involvement of citizens on how effective and transparent political decisions will be in the EU. «Good governance» means the strict accountability of all state institutions.

Another requirement for politicians and officials is efficiency. To successfully introduce the practice of open government, each of the public servants must provide the necessary data in a timely manner. Accordingly, it is necessary to know what data needs to be released and to whom and when and data to disclosure is prohibited.

The effectiveness of management depends on the coherence of the entire system. In order to successfully solve complex problems, the actions of politicians and society must be simultaneously coordinated and understandable for all. The more tasks, the more such coherence is needed.

In 2011, the US government launched the Open Government Platform project to develop a portal for publishing data by municipal departments, ministries and other government organizations.

The source code of the platform was published under an open license, so any state can use it.

Today, most countries have their own websites where government departments publish tens of thousands of data sets.

The US platform is located at data.gov. The Russian equivalent is available on data.gov.ru Similar sites are in the UK, India, France, Canada and many other countries. 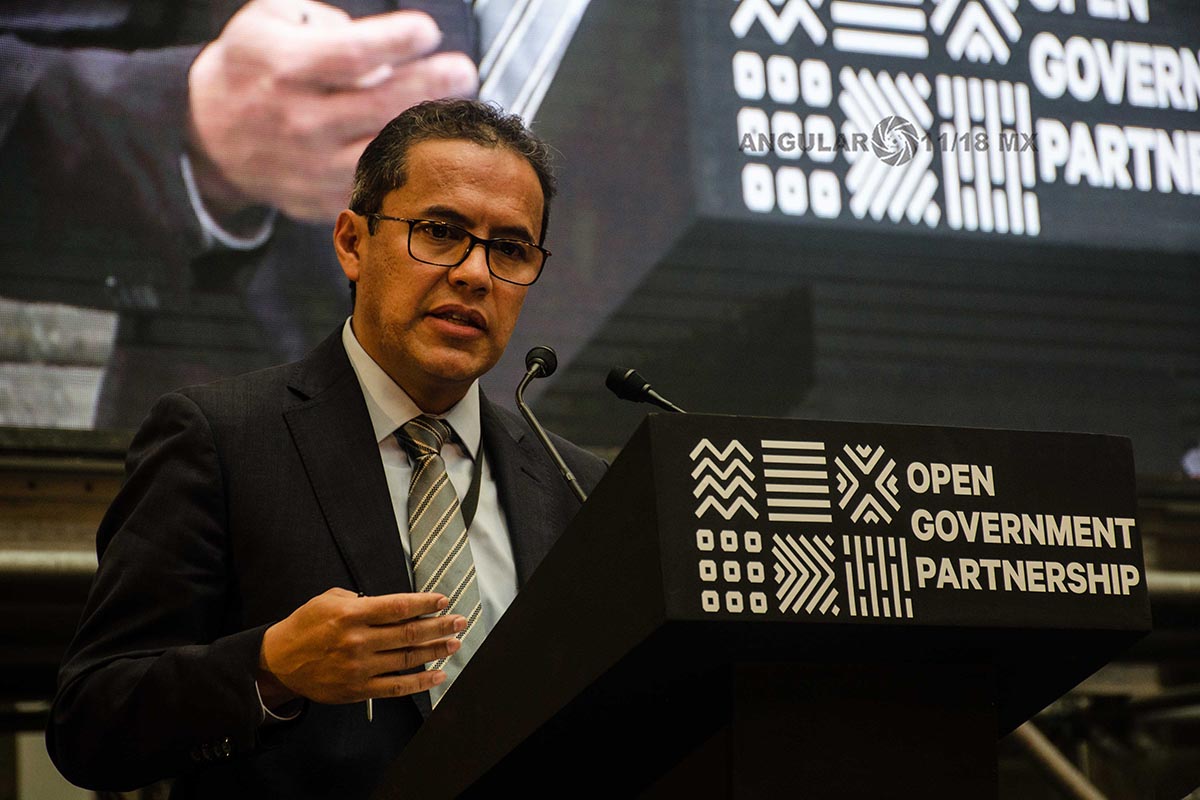 In its declaration, the OGP recognizes the relevance of an open form of government around the world. Residents of different countries want their governments to be more accountable and efficient. However, the level of implementation of open principles and efforts to implement them vary in different countries.

OGP aims to support a global transition to a more transparent governance that will help create a better and safer global community.

The willingness of a country to join the OGP is determined by several criteria.

First, the organization assesses financial transparency. Reporting on government spending should be strictly accountable to the public. All budget documents must be publicly available on time.

Of course, it is necessary to provide access to information. Data should be available to everyone. In addition, modern requirements include the publication of data in a machine-readable format, that is, the files must be suitable for automated processing on a computer. The most commonly used format for such purposes is JSON.

Another important requirement for the formation of an open state is the disclosure of information about important political figures. The data on the income and property of state persons and their immediate relatives should be publicly available. Anti-corruption in the state sphere is based on this principle.

Among other things, Open Government requires countries to involve citizens in the management and development of regulatory documents. This principle ensures the protection of civil rights and public audit of the entire state system. 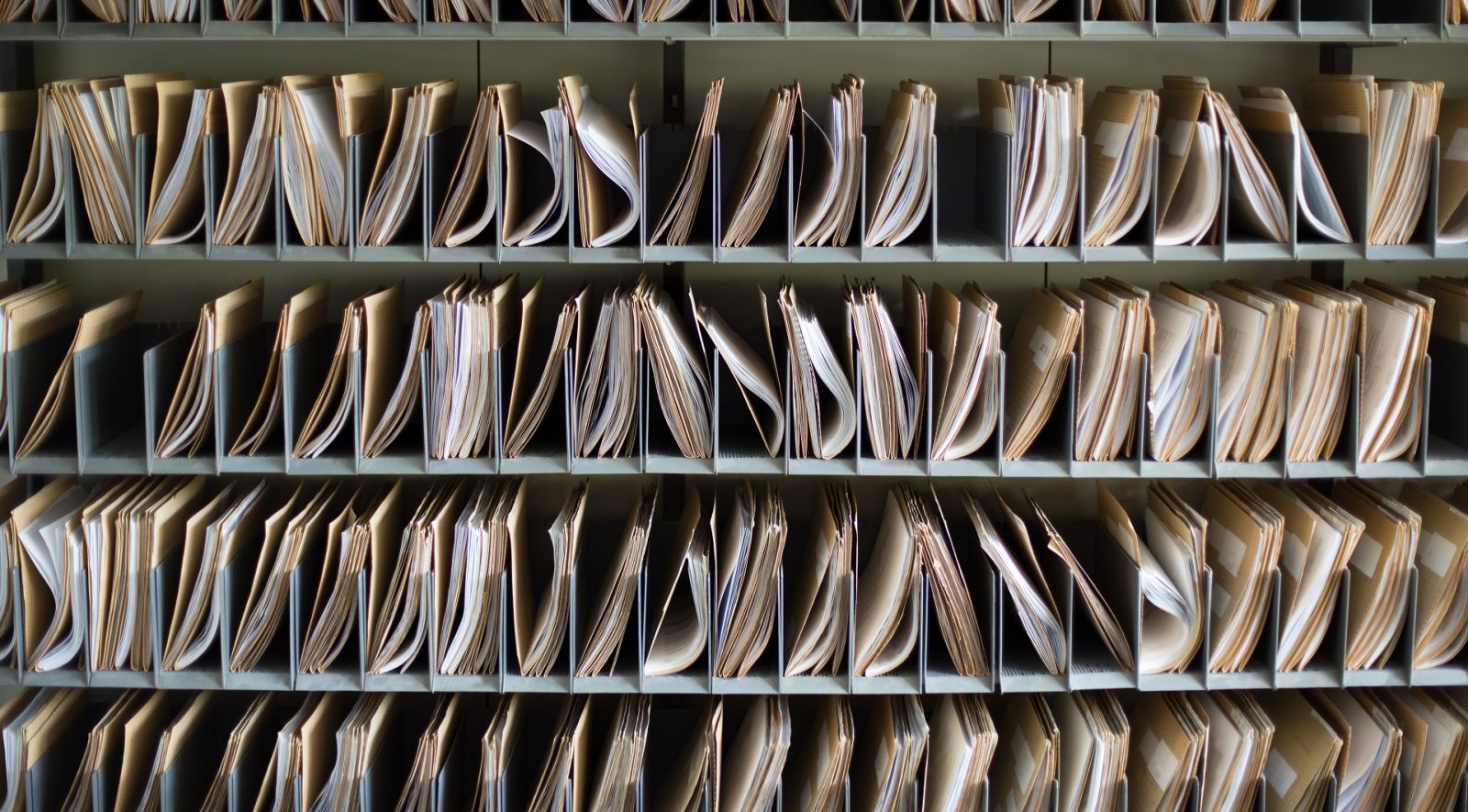 Even though most politicians publicly approve and welcome the idea of a general trend for openness, in fact, the reality is that in practice things are not so good.

Among the main obstacles to openness are corruption and the lobbying of large corporations.

Any corrupt connections make it impossible to fully implement open management. However, such problems are generally political and do not depend on how developed the concept of open government is. Even the most advanced model will not work in a state where there is an opportunity to enjoy an official position with impunity: although an open approach can help identify such problems.

More significantly is the problem of lobbying. Corporations work according to the laws of the market, their goal is to maximise both their profits, promote a good reputational. Therefore, they are subject to the legal laws that regulate this market. In spite of that, when the opportunity is given to take advantage of a loophole in the law, or to use leverage to influence politicians and it is not visible to the public, most companies use this.

Formally, such actions are often not illegal (as opposed to corruption), but they cause outrage from the public if they become known. At the same time, they harm not only the development of a competitive market, but also the formation of a truly open state. Lobbying for commercial interests is often promoted secretly in areas such as the arms industry or national security.

Another problem that may hinder the creation of an open state is the wrong initial approach to its implementation.

The essence of open management is in the independent view of society on the processes occurring in the political and economic sphere. Therefore, if subgroups or expert councils under the government are created for the development and implementation of new management mechanisms, implementation becomes significantly difficult, and sometimes impossible. After all, such a structure should be independently controlled by a state body, to which it is itself accountable.

An open state is an initiative that aims to create a trusting relationship between society and state management.

New principles of governance appear in response to the demand of civil society for systemic political changes, which concern not a change of leaders, but a new approach.

Independent control by citizens and participation in all levels of political life contribute to the most effective development of the state, the economy and society itself.