Mars is a promising object for future colonizers, as well as a possible refuge in the event of a global catastrophe on Earth. So far, there are too many difficulties for relocation, but companies working in this area promise to solve them

Mars is a promising object for future colonizers, as well as a possible refuge in the event of a global catastrophe on Earth. So far, there are too many difficulties for relocation, but companies working in this area promise to solve them

What is the driving force that inspires people to dream about a future where humankind is living on other planets? It might be a desire to learn something that is still beyond our comprehension. Or maybe it’s the realisation that the Earth is simply the cradle of humanity that we will have to leave sooner or later… For as long as we’ve been on this planet, we have been looking at the stars and all this time, we have thought about the life that might be present there. Or maybe the life that we could bring to the other planets ourselves.

It’s no wonder that after discovering all the continents and oceans on our own planet, we started dreaming about conquering new territories - namely, setting our sights on Mars.

The issue of colonizing the fourth planet in the Solar System has been on scientists’ minds for a long time. Sure, ‘the relocation of humankind’ is a big statement: at the present level of technological development, even a small group of people can’t spend too much time living on Mars. There is no oxygen, no protection from meteors or space radiation, and practically no atmosphere. But even though the red plains and hills of Mars are hostile to humans, this is not enough for us to abandon the idea of living on other planets altogether.

Why Mars? It’s simple: because of its proximity and the fact that, despite its drawbacks, Mars has some qualities that make it similar to the Earth. There is a small amount of water on the planet, and its elemental structure and axis-tilt are similar to those on Earth. Mounting scientific evidence suggests that there was life on Mars at some point, too.

According to certain theories, Mars was the birthplace of life on Earth, which was then forced to move to a different planet due to various space catastrophes. Naturally, we’re not talking about any kind of developed civilisation that traveled to Earth and completely removed all signs of being on our planet. According to a more realistic version, some elements were transported from Mars to the Earth, for example, on meteors, later laying the foundation for the development of life on our planet.

In any event, our desire to explore Mars does not seem too unusual in light of this theory. What if we’re just homesick?

The problems with the colonisation of Mars 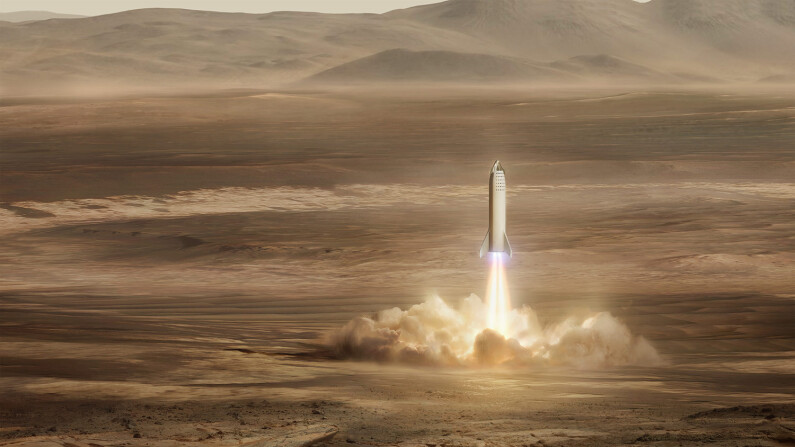 But let’s take a look at the facts instead: despite the appeal of the theory of returning to Mars, the planet is not exactly welcoming us with open arms. The main difficulties of colonisation are related to the elemental composition, properties and atmosphere on the planet. 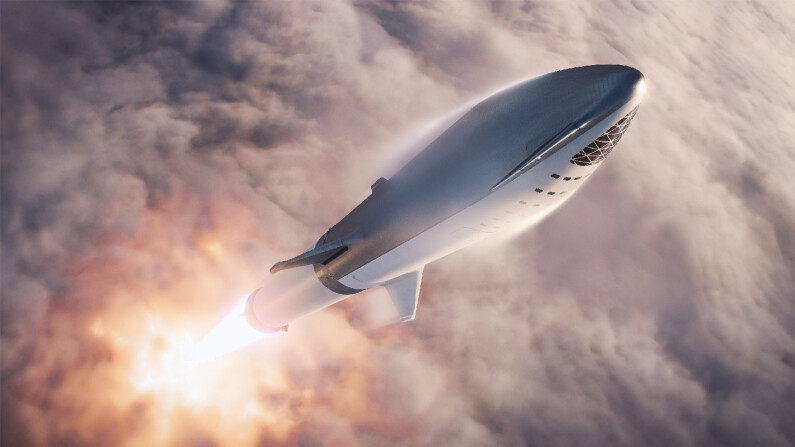 Considering all the above facts, the obvious conclusion is that life on another planet will force us to adapt our bodies to new conditions. And who knows - maybe this will become a new rung in our evolution? On the other hand, it is still unclear whether there is any point in this kind of life, and what can really incentivise us to overcome all these difficulties.

Some people believe that the colonisation of Mars is necessary to increase our chances of survival. The Earth does not have unlimited resources, and we should still be prepared for a space catastrophe. In any case, we would be better off with a backup plan: a planet where we can continue our existence as a species in case some irreversible event happens.

Other reasons for conquering Mars are more down-to-earth: it’s all about resources that can be extracted on the Red Planet. If the Earth offers a limited supply of resources, why not start on Mars, turning it into a remote area for extracting useful elements for humankind?

However, given the current level of technological advancement, it will not be easy to ship them back to Earth. To get to Mars, we will need to send a group of astronauts to the planet when it is closest to the Earth, which happens once every 15-17 years. Using all of our current scientific potential, experts from the Mars exploration program Mars One predict that it will take 210 days to travel to Mars. Sure, it seems like nothing compared to 100 years in an anabolic state, and not even 3 years, but it’s still 7-8 months that astronauts will have to spend in transit.

Mars One is a non-government program from the Netherlands raising funding to launch a test group of astronauts to live on Mars in 2022, with real-time broadcasting on TV (sounds like an interesting idea for a reality show). According to the program, a satellite for communications and broadcasting will be launched to Mars orbit by 2024; in 2026 a Mars rover will be sent to identify the best location for a future colony; in 2031, future colonists will travel to the planet with all the necessary supplies and equipment. Unfortunately, the colonists will not be allowed to ever return to the Earth.

These plans may seem appealing, but they are also highly questionable, as the existing technology, data and instruments are insufficient for their successful implementation. What’s more, in February 2019, Mars One and project manager Interplanetary Media Group both declared bankruptcy, so the program has been temporarily suspended. Despite this fact, the company founder has promised to solve the problem, and there are quite a few volunteer astronauts who are not afraid of staying on Mars forever. It’s almost frightening to consider the number of people who feel like outsiders on Earth and are prepared to move to a cold, scary and unfriendly unknown planet with much higher risks - even if it comes with a chance to go down in the history of humankind... 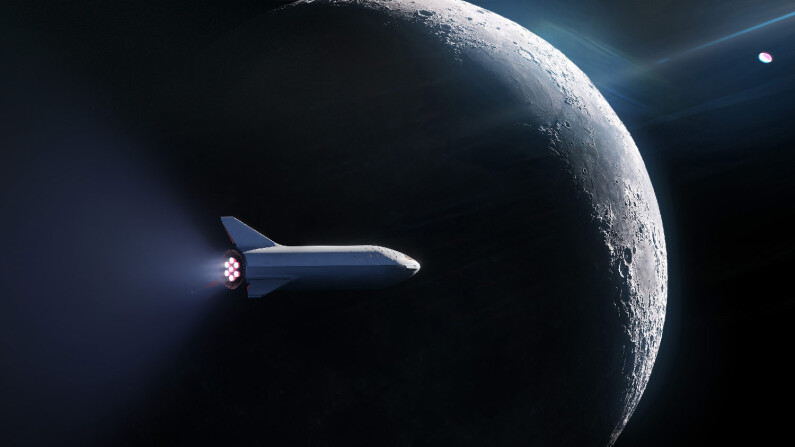 Anyway, lack of funding is not the main reason for our inability to fly to Mars. What then? Let’s start from the beginning!

Not a luxury, but a regular method of transportation

Although the general public has been aware of the Mars One program for several years already, the most popular Mars colonization program is the one offered by SpaceX. Elon Musk plans to build an interplanetary transportation system which will allow people to easily travel to Mars with the goal of creating a self-sufficient colony. A special reusable rocket will be built to safely transport people - a spaceship with 40 cabins with 2-3 seats in each one, capable of transporting up to 100 people per flight. The rocket is already in development, with the first launch planned for 2022. Although this sounds promising, it’s not very realistic.

There is a major issue at the core of Musk’s plans, and at present it does not have any solutions, which is unlikely to change in the next three years). We do not know how to brake a spaceship in a rarefied atmosphere, which is the case on Mars. Although this sounds simple, it’s a very complex issue, because if the spaceship does not make a safe landing, all the passengers will die.

Books, movies, games and pop culture in general have all contributed to our expectations towards space colonisation instruments and technologies. Terraforming? Yes! Enormous domes where settlers can walk without space suits and grow potatoes in a comfortable environment? Yes!

However, unfortunately, none of these technologies exist in reality. The theory is there, along with ideas and prototypes… No wonder we feel like we already have the required knowledge, capabilities and skills, when in reality we have no idea, no understanding, and we are still learning. At present, a Mars colony will only be able to survive with some help from Earth, and considering all the potential difficulties with transportation, life on Mars will have little in common with a paradise far from the big city. It will be a huge survival challenge forcing settlers to overcome some serious limitations, which will take enormous sacrifices.

The best of the best are selected to become astronauts, and ideally the members of the Mars colonization team should be selected based on the results of psychological testing. Team members should be comfortable with each other, remaining calm even in the most extreme and surreal environments. They should also receive timely psychological support. Otherwise we might run into real human dramas that could end badly and put the entire mission at risk.

What is left for us? 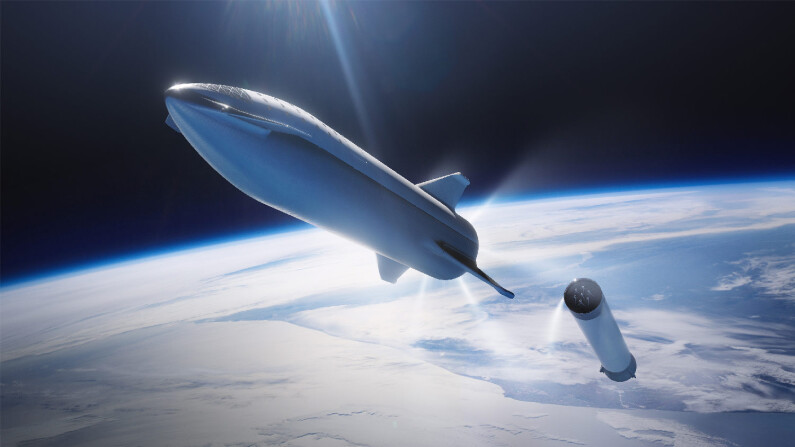 When talking about the colonization of Mars, we end up thinking that we have much more knowledge and capabilities to tackle the situation than we actually do. Why is this the case? Pop culture has played a significant part in creating this misunderstanding. It’s simple - the topic of Mars colonization is one of the most popular ones in literature, cinema and gaming. It is second only to the general topic of extraterrestrial life.

Inventor Mstislav Los and Red Army officer Alexei Gusev went to Mars back in 1922 as characters in Soviet writer Alexei Tolstoy’s novel ‘Aelita’. Arthur Clarke, author of ‘The Sands of Mars’ (1951), introduced characters who were the first settlers on Mars tasked with increasing the temperature on the planet to make it suitable for life. The same topic was raised in Kim Robinson’s trilogy: ‘Red Mars’ (1993), ‘Green Mars’ (1994), ‘Blue Mars’ (1996), as well as in the 1984 novel by Lovelock and Allaby ‘The Greening of Mars’. One of the latest books on this topic, Brian Aldiss’ ‘The Finches of Mars’ (2013), is centered around the issue of the human factor in the colonization of the planet: people become the main problem, not a lack of technologies or resources.

When talking about cinema, Ridley Scott’s ‘The Martian’ (2015) comes to mind, where the plot centers around an astronaut left alone on this lifeless planet. His desperate desire to live coupled with his quick wit help him to survive until the rescue operation comes for him. Although ‘The Martian’ comes to mind first, this was not the first film on this topic: for example, the 1990 science fiction film ‘Total Recall’ takes place on Mars. And after a keyword search, you will find a wide range of movies on this topic: ‘Red Planet’ (2000), ‘Robinson Crusoe on Mars’ (1964), ‘Red Faction: Origins’ (2011), ‘Mission To Mars’ (2000) and many more.

The topic of Mars colonization has been a topic of interest mainly for scientists, engineers, businessmen as well as science fiction writers and directors.  Yet, while topic of Mars has been on everyone’s minds during the past five years, humankind is no closer to its colonization. What is left for us to do? We should continue planning, theorising, and applying the theory in practice, finding solutions to the currently unresolved issues. Either way, we have made the first step, and there is no point in retreating.

All posts by Alex Vetrov