Hi everyone! After BTC’s major nose dive on September 5 almost all the resources wrote about manipulations and fake news. In fact, there is every reason to consider the current situation a classical example of...

Hi everyone! After BTC’s major nose dive on September 5 almost all the resources wrote about manipulations and fake news. In fact, there is every reason to consider the current situation a classical example of...

Hi everyone! After BTC’s major nose dive on September 5 almost all the resources wrote about manipulations and fake news. In fact, there is every reason to consider the current situation a classical example of FUD (intentional creation of fear using fake manipulative news). 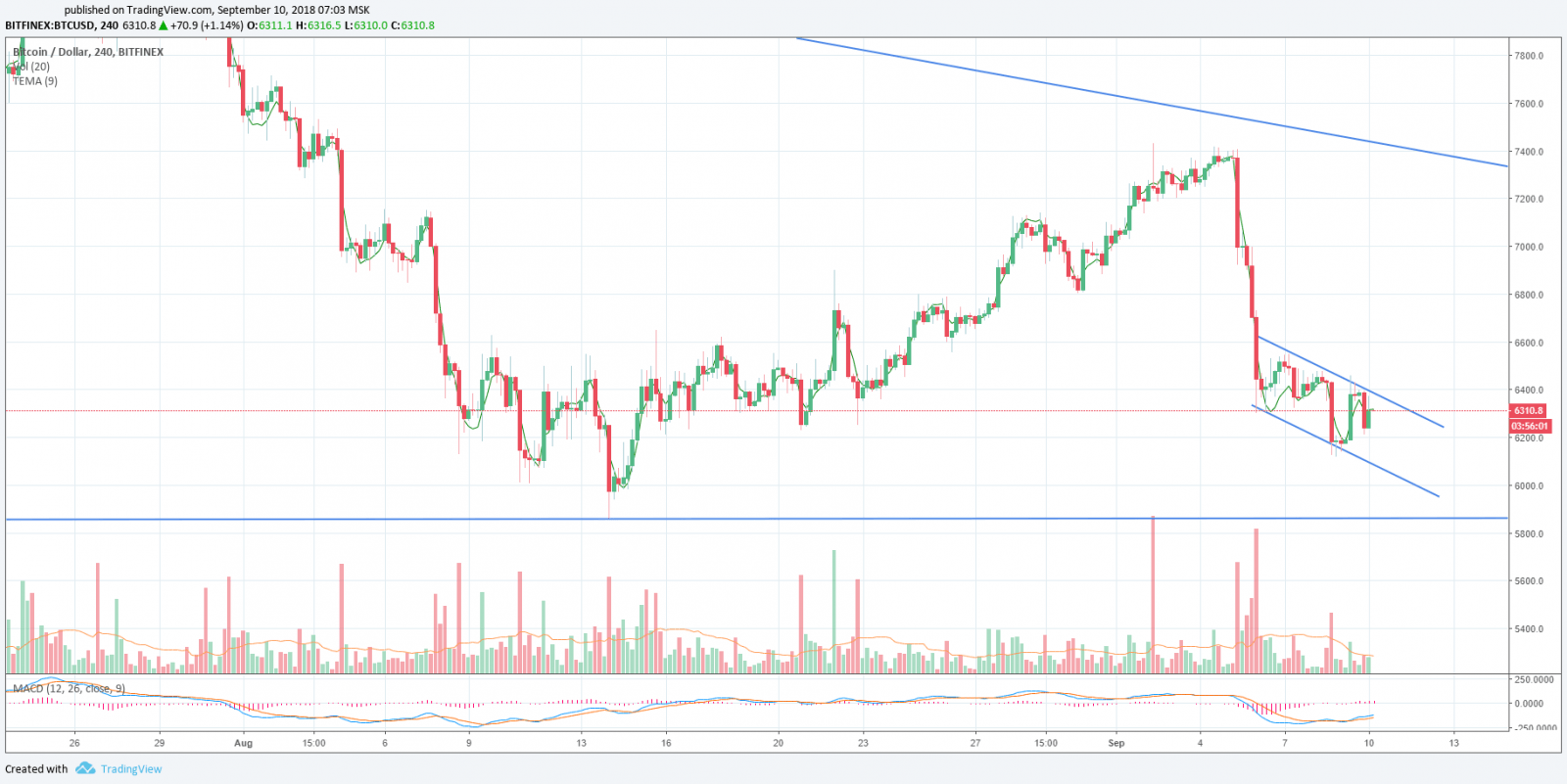 We  covered the news picture earlier, describing how the largest ShapeShift exchanger introduced a mandatory KYC system disguising it as a “beneficial loyalty program”, and how Goldman Sachs suddenly backtracked. Apart from the aforementioned news, there were rumors of the 51% attack on bitcoin’s blockchain. The main chain took an upper hand quite quickly, and the transaction made in the now orphaned chain “disappeared”. All that happened against the background of a sudden network hash rate fall. Moreover, it is known that large mining pools have switched from BTC to Bitcoin Cash resulting in the increase in the latter’s network hash rate.

The past week was heaven for those holding short positions. However, inexperienced players may have to pay dearly for their attempts to take advantage of such decrease, therefore we would advise them to take a “wait and see” position.

The BTC/USD pair traded flat within the narrow $6,350 - $6,500 range and continued its decrease on September 8. With a powerful impulse the price went down to $6,126, throwing out all long position holders’ stops on its way. After a short consolidation, there was an attempt to get over the $6400 level.

At the moment, the pair is traded at $6,300 within an obviously downwards channel (see the chart). To start moving up, it first needs settle at the $6,400.

With the rumours about the transfer of large amounts of BTC to stock exchanges, the price may break through the $6,200 level. Over the weekend, everyone was happy to hear the news about the appointment of Elad Roizman to the US Securities and Exchange Commission (SEC).  Elad Roizman is known as a supporter of cryptocurrences, and crypto enthusiasts are counting on him to lobby the issues of crypto industry legalization. He emphasized on a number of occasions that SEC should exercise special care with respect to data protection and cybersecurity, as well as new phenomena and technologies, such as ICO and blockchain. There is certainly a chance that an old market rule saying that “the more people talk about a piece of news, the less effect it will have in the long run” will play its trick here.

From the mechanics viewpoint, the achievement of the psychologically comforting $6,000 level will be an important support. If the price goes down, the next important point may be $ 5,800, from which many market players expect it to turn around and start going upwards.