This can be explained by a dramatic increase in the acidity of the water which absorbs CO2 from the atmosphere.

This can be explained by a dramatic increase in the acidity of the water which absorbs CO2 from the atmosphere.

As the atmospheric concentration of carbon dioxide increases, its concentration in the water also grows, as oceans tend to absorb CO2 from the air. Thus, the acidity levels of the world’s oceans continue to increase, which cannot be without consequences.

Studies show that the acidity of the Pacific Ocean has already reached a level endangering certain species of animals. Metacarcinus magister crabs living north-west of the United States are most under threat.

A recent expedition organized by the National Oceanic and Atmospheric Administration (NOAA) revealed that the current composition of the ocean has a negative effect on crabs’ shells. The animals are especially at high risk during the larval stage when they are most vulnerable.

It is still too early to talk about the species’ total extinction, but it’s worth noting that the population of Metacarcinus magister will continue to decline as acidity levels increase. This will lead to losses in the crab fishing industry which is popular in that region, affecting many people. 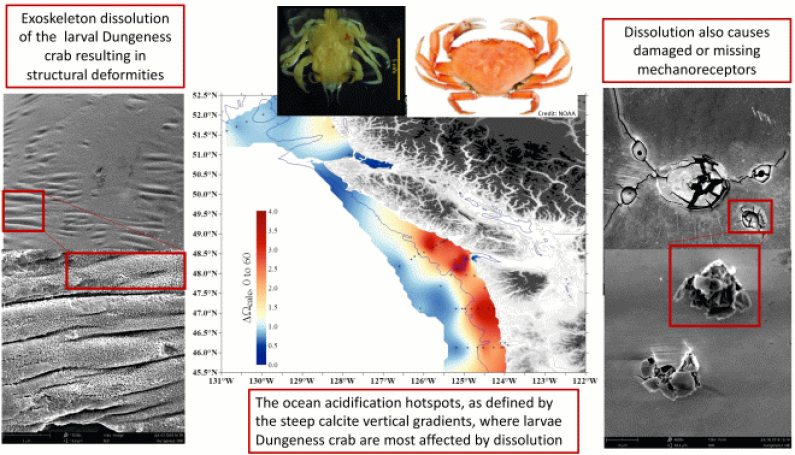