The remains are 98 million years old, according to paleontologists. The leg was discovered inside a piece of amber that had been purchased in Myanmar.

The remains are 98 million years old, according to paleontologists. The leg was discovered inside a piece of amber that had been purchased in Myanmar.

Reputable Chinese scientist Lida Xing has been tasked with studying the mysterious piece of amber. According to the paleontologist, the leg belonged to a bird from the Enantiornithes subclass. This subclass of animals inhabited our planet in the Cretaceous Age and disappeared at the same time as dinosaurs did. 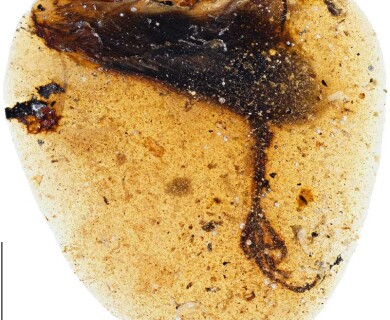 The discovery is only 4 cm long. It’s worth noting that the middle toe is much longer than the others and even 20% longer than the bird’s tibia. This is a unique phenomenon both among living and extinct birds. Due to this fact, scientists have concluded that the leg belongs to a previously unknown species that was now given the name Elektorornis chenguangi. 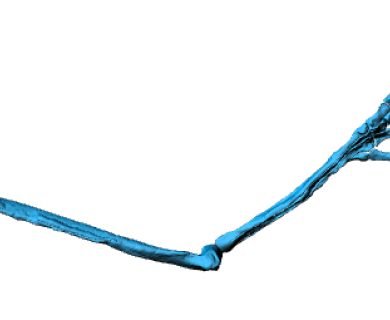 The functions of the enlarged middle toe are still unclear, but scientists believe that it might have helped the birds extract insects from cracks in the tree bark. This is true for aye-aye - primates with enlarged toes living in Madagascar.