Remains of a giant penguin found in New Zealand

The animal's bones were found in a place called Waipara Greensand. The bird was about 1.6 meters tall and weighed 80 kg. The penguin was called Crossvallia waiparensis.

The animal's bones were found in a place called Waipara Greensand. The bird was about 1.6 meters tall and weighed 80 kg. The penguin was called Crossvallia waiparensis.

We know penguins as cute and small creatures, but the bones recently found in New Zealand make us look at them in a different way. The new species got the name of Crossvallia waiparensis. With a height of 1.6 meters, the animal’s weight reached 80 kg.

Crossvallia waiparensis inhabited our planet tens of millions of years ago, when Australia, Antarctica and New Zealand were much closer to each other, or even formed one big continent. The favorable climate and abundance of food allowed birds to grow that big.

There were other species apart from Crossvallia waiparensis. For example, Kumimanu biceae was about 1.6 m tall and weighed 100 kg. Even more impressive is Palaeeudyptes klekowskii, which grew to 2 meters and weighed over 115 kg. These amazing creatures apparently disappeared because of a sudden cool snap. 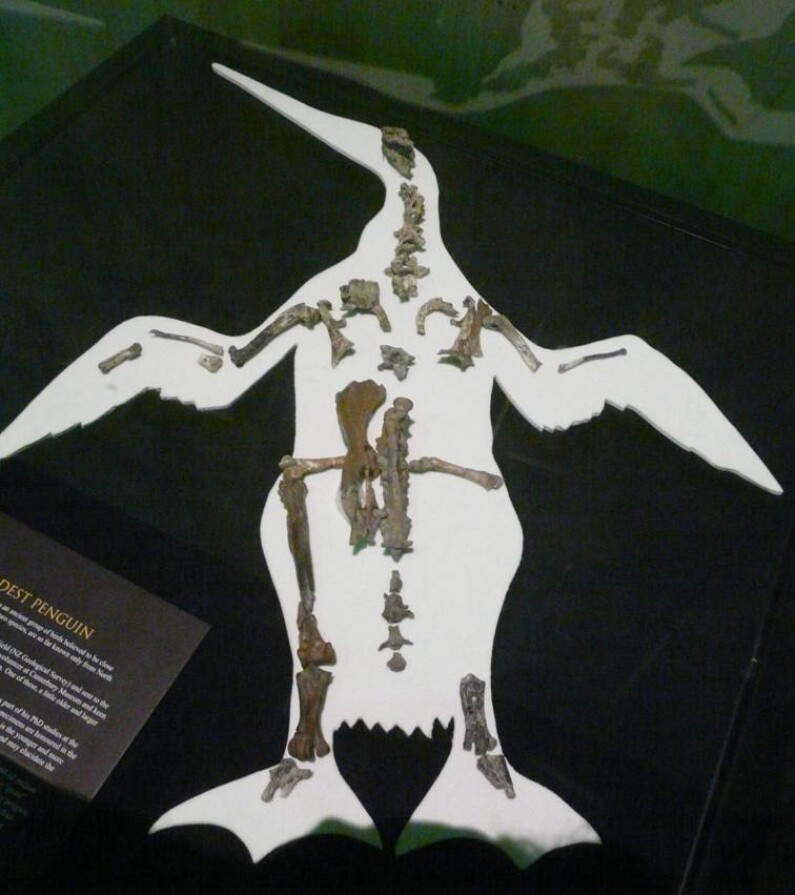