According to the creator of the project, an engineer named Razvan Sabie, his device represents today’s shifting paradigm in aircraft construction. The invention is called ‘ADIFO’. \n

According to the creator of the project, an engineer named Razvan Sabie, his device represents today’s shifting paradigm in aircraft construction. The invention is called ‘ADIFO’. \n

Romanian inventor Razvan Sabie collaborated with scientist Iosif Taposu to build a flying device that is essentially a hybrid of a quadcopter and an ultrasonic fighter plane. This bizarre creation looks exactly like the ‘flying saucer’ we know so well from science fiction films. 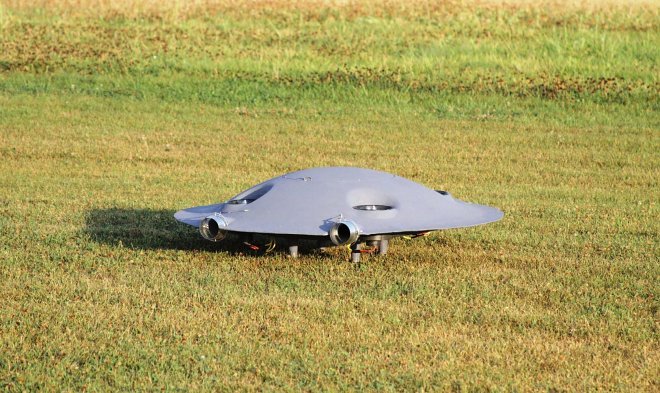 ADIFO is shaped like a disc with a 1.2-meter diameter and practically flat edges to minimize air resistance. The ‘saucer’ relies on two lateral thrust engines for flight, which enable rapid acceleration. 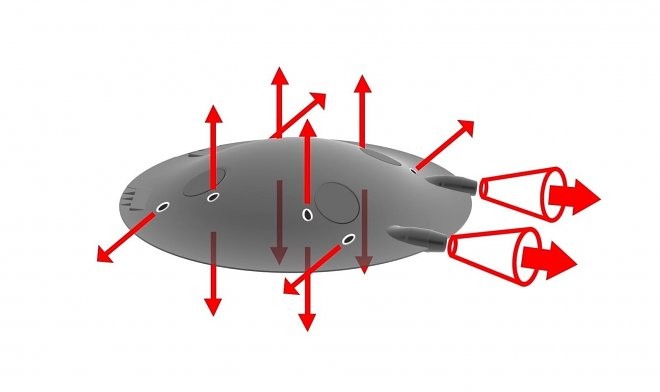 The development can hover in place, rotate and perform amusing tricks in the air — just like a real UFO. These maneuvers are made possible by four ducted fans and eight nozzles that create reactive thrust.

It’s worth noting that the demonstrated drone is just a prototype with limited functionality, and we will only get a chance to evaluate the vehicle’s real potential when the final version is released. There is also a manned flying saucer in the works, but development on this model won’t start anytime soon.