The photos were taken by the European Space Agency’s Mars Express interplanetary station.

The photos were taken by the European Space Agency’s Mars Express interplanetary station.

The photos below feature the north pole of the Red Planet. Just like is peer on Earth, it is covered with ice. However, in the case of Mars, it consists of frozen carbon dioxide hiding, according to scientists, regular liquid water under it. The studying of the surface hiding beneath Martian ice can tell a lot about the planet’s past including the likely existence of microorganisms. 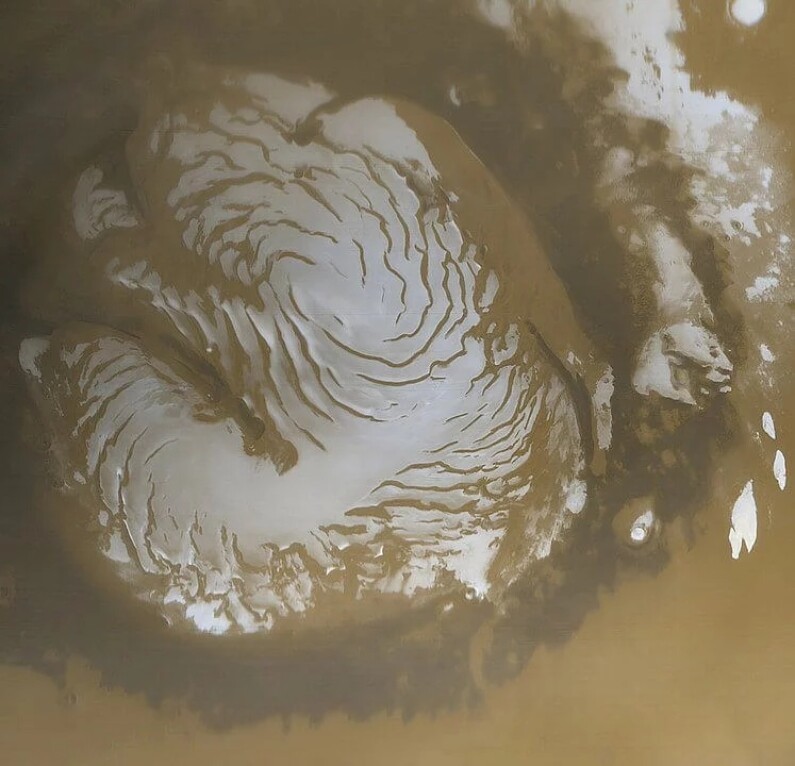 Due to its thin atmosphere and greater (compared to Earth) distance from the Sun, winter temperatures on Mars average -143 ° C, which is much more severe than the Earth’s Antarctic figures. The images obtained by Mars Express suggest that the fourth planet is swept by cold wings during winters. It is evidenced, in the first place, by the varying extent of its ice cover.

The photos were taken using a full-color HRSC camera, which is powerful enough to capture distant objects with high resolution. 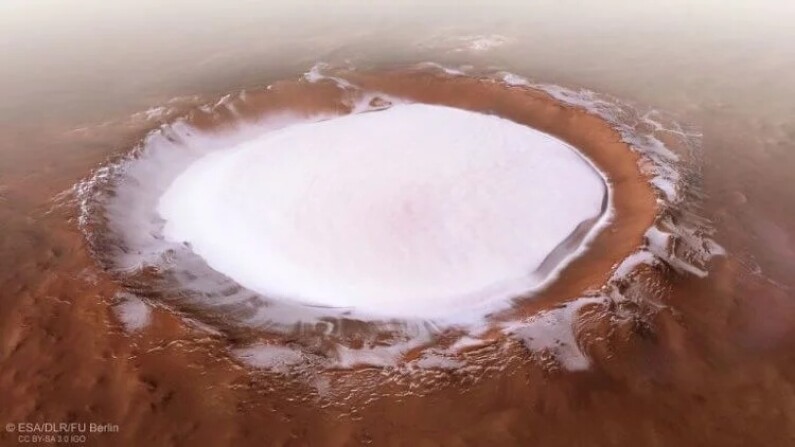