Pictures of Samsung’s new flagship have seeped into the Internet. One of its new features is a cryptocurrency storage application.\n

Pictures of Samsung’s new flagship have seeped into the Internet. One of its new features is a cryptocurrency storage application.\n

Samsung’s new line has not yet been announced, but it is already being discussed full blast on the Internet. The reason is new smartphone photos that got leaked out on the Internet. This time, an insider camera captured the brand new Galaxy S10 in its basic version.

The picture shows the smartphone screen running Samsung Blockchain KeyStore application designed to store digital money. It is clearly seen from the image that the progamme works only with Ethereum so far, but in future it may be able to work with other cryptocurrencies as well. The software will allow users to make fast and secure transactions and monitor rates.

Samsung’s new models are priced from $ 908 to $ 1,818. The final price will depend on the amount of memory and several other parameters. It is not yet clear whether Blockchain KeyStore will be installed on all Samsung’s new models or only on Galaxy S10. The new smartphone will be unveiled on February 20. 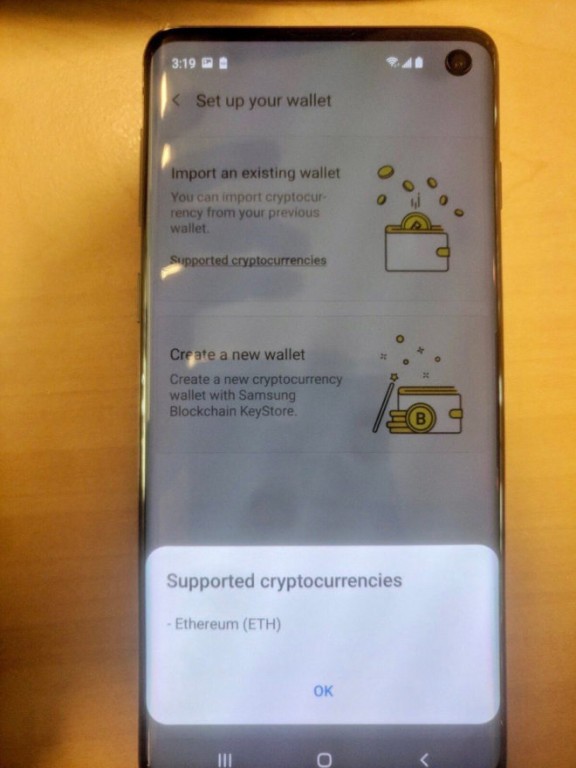