The diagnostic method developed by scientists at Duke University (USA) enables the detection of the disease at an early stage. Their methodology is based on monitoring a patient's retina.

The diagnostic method developed by scientists at Duke University (USA) enables the detection of the disease at an early stage. Their methodology is based on monitoring a patient's retina.

The results of the study were published in Ophthalmology Retina medical journal.

According to Duke University scientists, Alzheimer’s disease is accompanied by severe retinal pathologies that occur even before the first symptoms of the disease can be detected. Therefore, by observing the retina, the disease can be diagnosed at a very early stage, which will have a beneficial effect on the treatment.

Their method was called «optical coherence tomography». It essentially enables the tracking of the blood circulation process in eye capillaries. People affected by the disease have a reduced vascular perfusion and density making it possible to detect the disease with high accuracy.

The method has already been tested and has proven to be highly effective. It’s time to start using it in practice. 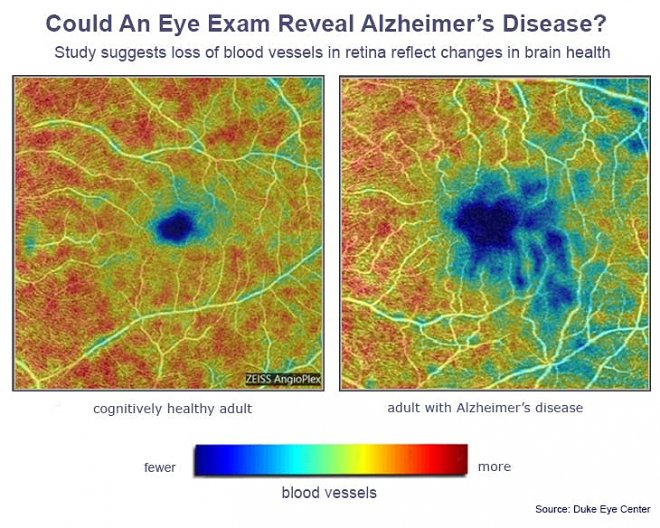