And that’s just in 2018 alone! This was the conclusion reached by scientists studying the recently erupted Kilauea volcano. \n

And that’s just in 2018 alone! This was the conclusion reached by scientists studying the recently erupted Kilauea volcano. \n

The natural disaster took place between May and September last year. As a result, Big Island experienced massive destruction because of the lava. But once the smoke cleared and the lava cooled down, a group of scientists finally decided to visit the island. It turned out that not only did Hawaii experience great changes, it also increased in size. 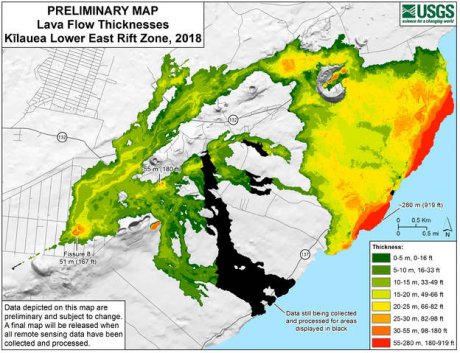 The island experienced such enormous changes largely because the eruption was the most powerful one in recent US history. The lava covered almost 40 square kilometers of the island and destroyed over 700 homes and other structures. But perhaps even more surprisingly, when the magma landed in the sea, it hardened to form a 3.5-kilometer territory attached to the island. After the eruption, the island became much larger in size.

Now, this new territory looks rather bleak: dark rock formations with no sign of life. But it’s worth noting that lava is incredibly rich in minerals and other beneficial substances, so we can expect new plant growth in the next couple of years.

This event has led to growing scientific interest in Hawaii, and experts are currently hard at work studying the island.