Glasses of the future with autofocus are created

Researchers from Stanford University have created a technology that will replace the traditional glasses. The system can automatically change the focus by following the user's eyes.

Researchers from Stanford University have created a technology that will replace the traditional glasses. The system can automatically change the focus by following the user's eyes.

Conventional lenses can adjust the user’s vision only within a strictly defined range. According to the researchers from Stanford University, this drawback will make the conventional glasses a thing of the past with universal devices that can adapt to their users coming to replace them. One such device has already been created.

These glasses can automatically change the focus by tracking the wearer’s eyes. So, they actually solve the issue of reduced eye lens’ mobility called presbyopia. People with this condition do not see close objects well.

The centerpiece of the device is fluid-filled lenses expanding under the influence of electric current. The glasses also feature a camera measuring the distance to the object and a gaze tracking sensor. The system automatically adjusts the focus when the user’s gaze changes.

Unfortunately, the system is energy-intensive and its design is rather cumbersome. But the technology will be streamlined in future with such devices eventually replacing conventional glasses. 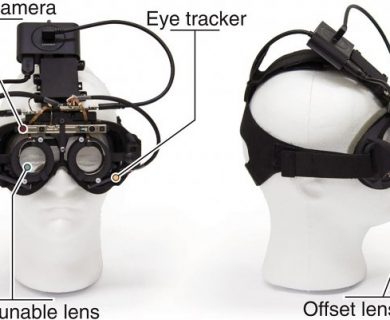