According to ESET, the malware is relatively harmless as it was created by inexperienced hackers.

According to ESET, the malware is relatively harmless as it was created by inexperienced hackers.

Cyber security experts from ESET told us about the new Android ransomware virus. It is a simplified clone of the famous WannaCry one, so, in all likelihood, it was produced by amateurs. Getting in a smartphone, the virus creates problems for the user, which can be eliminated without any ransom, so that the extortionist does not pose a great threat.

Fans of X-rated films risk getting this virus on the phone for it is disguised as pornographic content and works in a background mode. Using contact lists, it sends itself to other users via SMS, encrypts files and demands a ransom.

The user can still operate the phone, and, given certain skills, even decipher the virus’s private key. So, it is not necessary to pay a ransom – ranging from $98 to $198 - to get rid of the software. 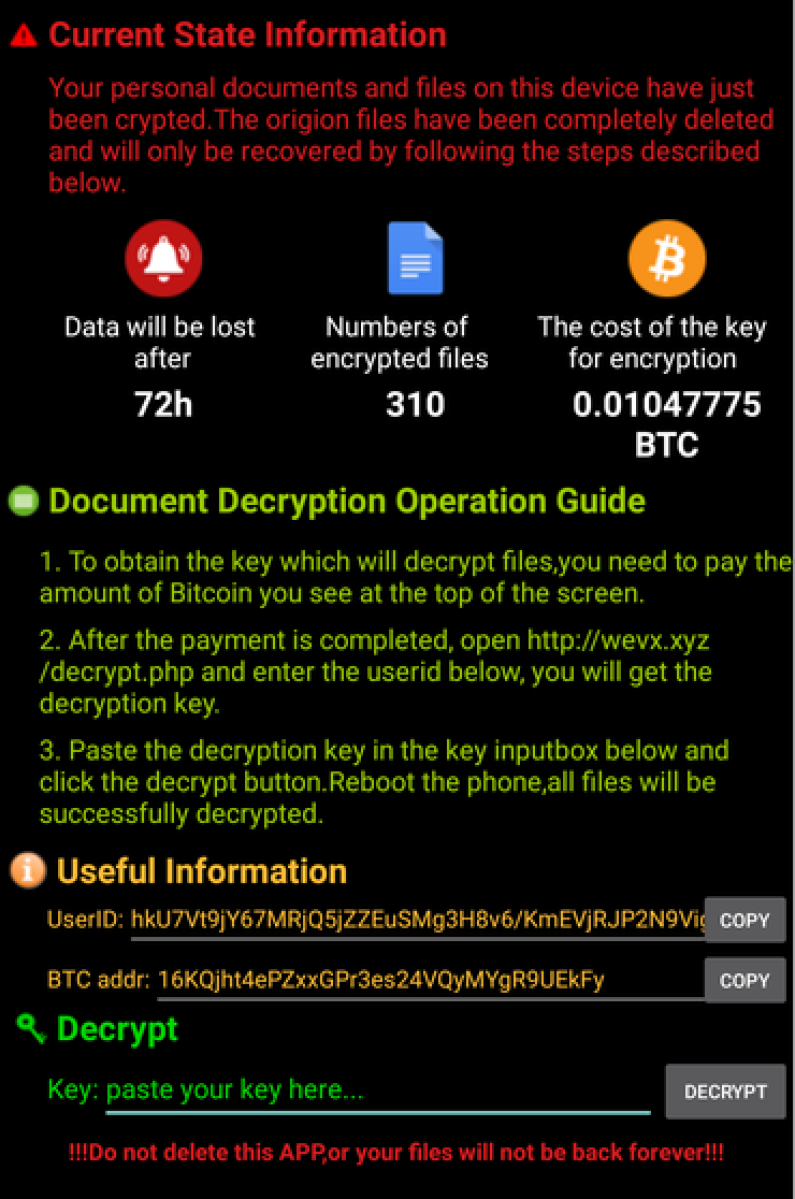