Astronomers have discovered an exoplanet that might be made ofliquid water

A new exoplanet, discovered with the TESS telescope , has been named system HD21749b. Several research teams participated in its discovery. The results can be found in an article on ArXiv.org.

HD21749b rotates around a yellow dwarf that is 53 light-years from Earth. The planet is more than 23 times heavier than the Earth and its radius is 2.84 times the Earth’s radius. The planet apparently has a dense atmosphere. Scientists have also estimated the equilibrium temperature of the planet at 423 Kelvin (149.85 °C). Using the equilibrium they can understand the theoretical temperature that the planet warms up under the influence of its star. Thermal processes inside the planet are not taken into account.

Based on the known characteristics of the planet, scientists believe that liquid water may be on its surface.

HD21749b belongs to the class of sub-Neptunes. They are planets that have a mass less than that of Neptune, but are more Earth-like. 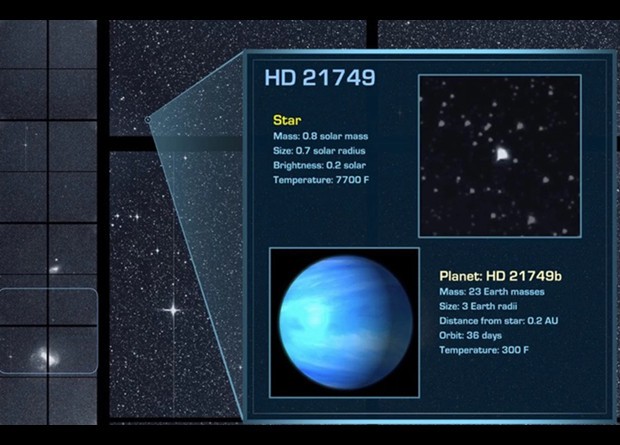 This is the third planet that the TESS space telescope has helped to detect.

The data from TESS was confirmed by Chilean researchers from the Las Campanas Observatory, where the Magellan telescopes are located.