What will happen to Bitcoin in September?

In this article we will illustrate how our subscribers followed our recommendations from August 25th and received 12% profit and give new recommendations for opening a trade. On August 24th we wrote that the...

In this article we will illustrate how our subscribers followed our recommendations from August 25th and received 12% profit and give new recommendations for opening a trade. On August 24th we wrote that the...

On August 24th we wrote that the BTC/USD pair was showing the beginning signs of movement in the upward channel (the blue line on the chart). The support line ran in the range of $6,220 - $6,270 (the green line on the chart). The closest targets for intra-day trading were set at the levels: $6,600, $6,800, and $7,100. Stop-loss was recommended to be set at $6,260. The breakout of the triangle on August 17th did not receive any further impulse, as it drifted along the longists' ”stop” level. The situation was explained by the SEC's negative response to Bitcoin-ETF's from Direxion and GraniteShares, in cooperation with CBOE and ProShares, and further manipulation by the SEC's head who promised to reconsider their previous decision.

This week (27/8 - 21/8) followed the goals of the previous forecast. The BTC/USD pair moved in the upward channel (see chart): 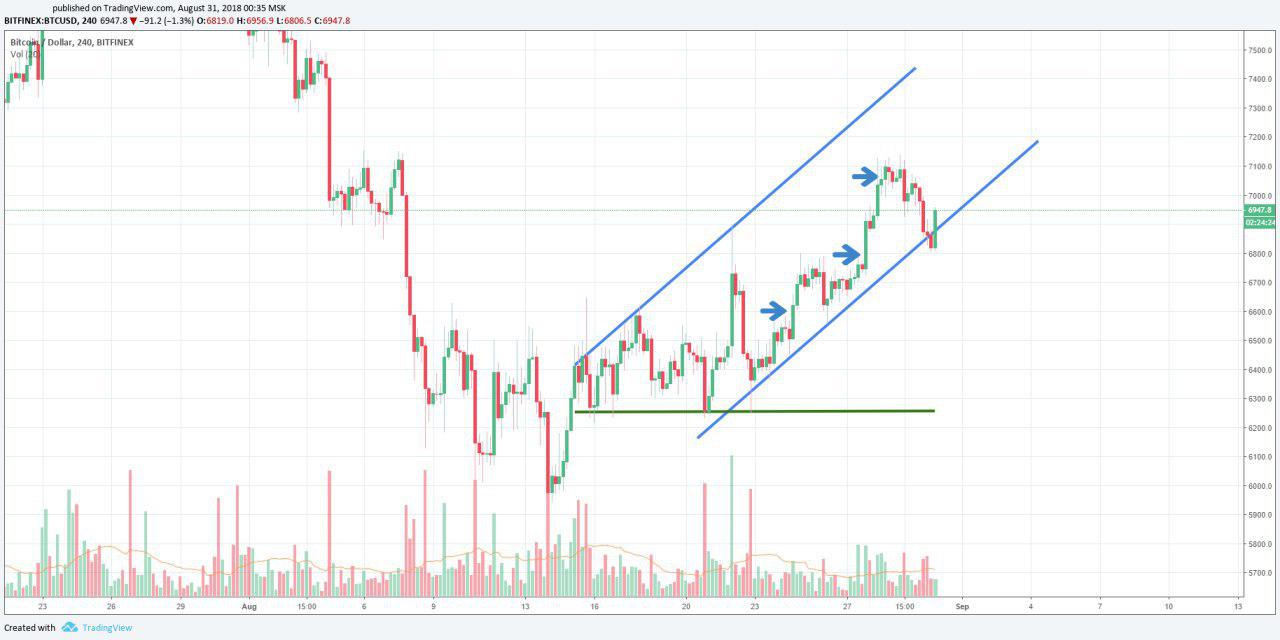 Having reached the last goal, the pair stopped its upward movement and, after a short consolidation, it began to correct. Subscribers who had followed the recommendations from the forecast of 24/8 could have earned a profit of 12%.

We rode the whole upward wave and made an excellent profit.

At the moment, the daily timeframe is continuing an upward movement but we do not recommend actively trading it. Let's wait until Monday.

The first level of a Fibonacci correction is always weak, so in our forecasts we do not focus much attention on it. At the moment, the pair turned around just around the 0.382 Fibonacci level (see chart) and rebounded from the $6,800 level and quickly reached the $6,950 level. From here, perhaps, it will continue its upward movement beyond $7,200. 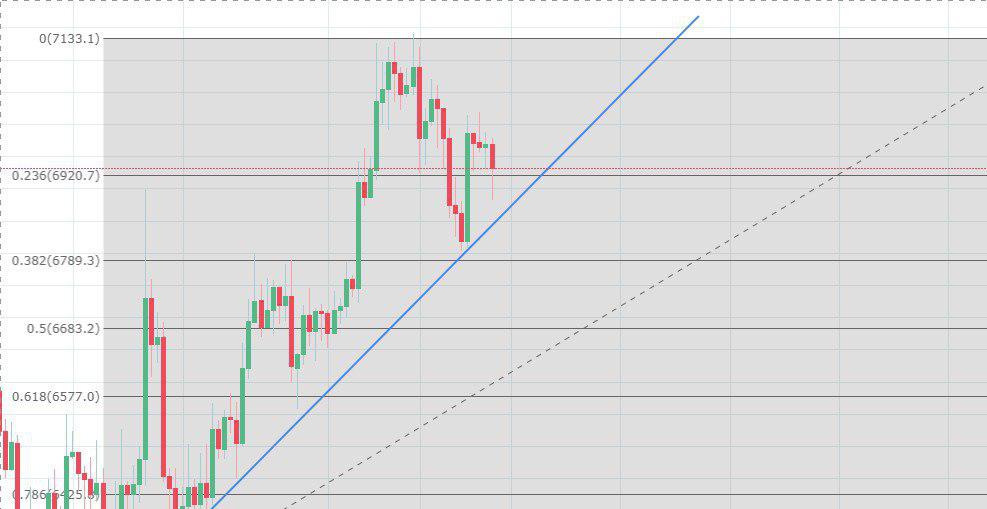 The overall picture also speaks in favor of an ascending movement. Yesterday the crypto-community received new hope to go "to the moon": the CBOE announced that it is likely to launch Ethereum futures. According to the president of the CBOE, they can only do so after they get a decision from the U.S. Commodity Futures Trading Commission. Their hopes are not entirely unfounded: a year ago, the same news about Bitcoin futures pushed the main cryptocurrency to a record rate of $20,000. However, there is another side of the coin: after the start of trading Bitcoin, the cryptocurrency began a long descending trend.

This week there were also rumors that Nasdaq,  the largest stock exchange, will start trading cryptocurrencies. This was the first time such information has appeared in the crypto mass media but, except for references to "people close to the company", journalists have not provided any evidence. Crypto-enthusiasts were pleased by it and also Yahoo Finance announced that it will add the ability to buy crypto-currencies directly on their site for users from America. As you can see, the news picture is very favorable, and everything began in autumn - traditionally a good time to trade in any markets.