Has you mood improved? The market has grown by more than 20% over the last few days since December 15 (assuming it’s the bottom level of $3,215). And if you opened transactions based on the levels in our...

Has you mood improved? The market has grown by more than 20% over the last few days since December 15 (assuming it’s the bottom level of $3,215). And if you opened transactions based on the levels in our...

Has you mood improved? The market has grown by more than 20% over the last few days since December 15 (assuming it’s the bottom level of $3,215). And if you opened transactions based on the levels in our reviews, we congratulate you, for you have made a profit. Growth is good, but let’s not get into euphoria and figure out what the charts tell us.

On the 1-hour timeframe the EMA50 crossed the EMA100 bottom up from the level we expected in our previous review forming a buy signal which is currently being worked through. The MACD indicator is in the buy zone.

The indicators suggest a resumption of growth, but a 20% growth within a few days without a correction make us cautious. The price has punctured the resistance at the $3,800 level and we are likely to see a sideways intraday trend within the $3,828 — $3,940 range. 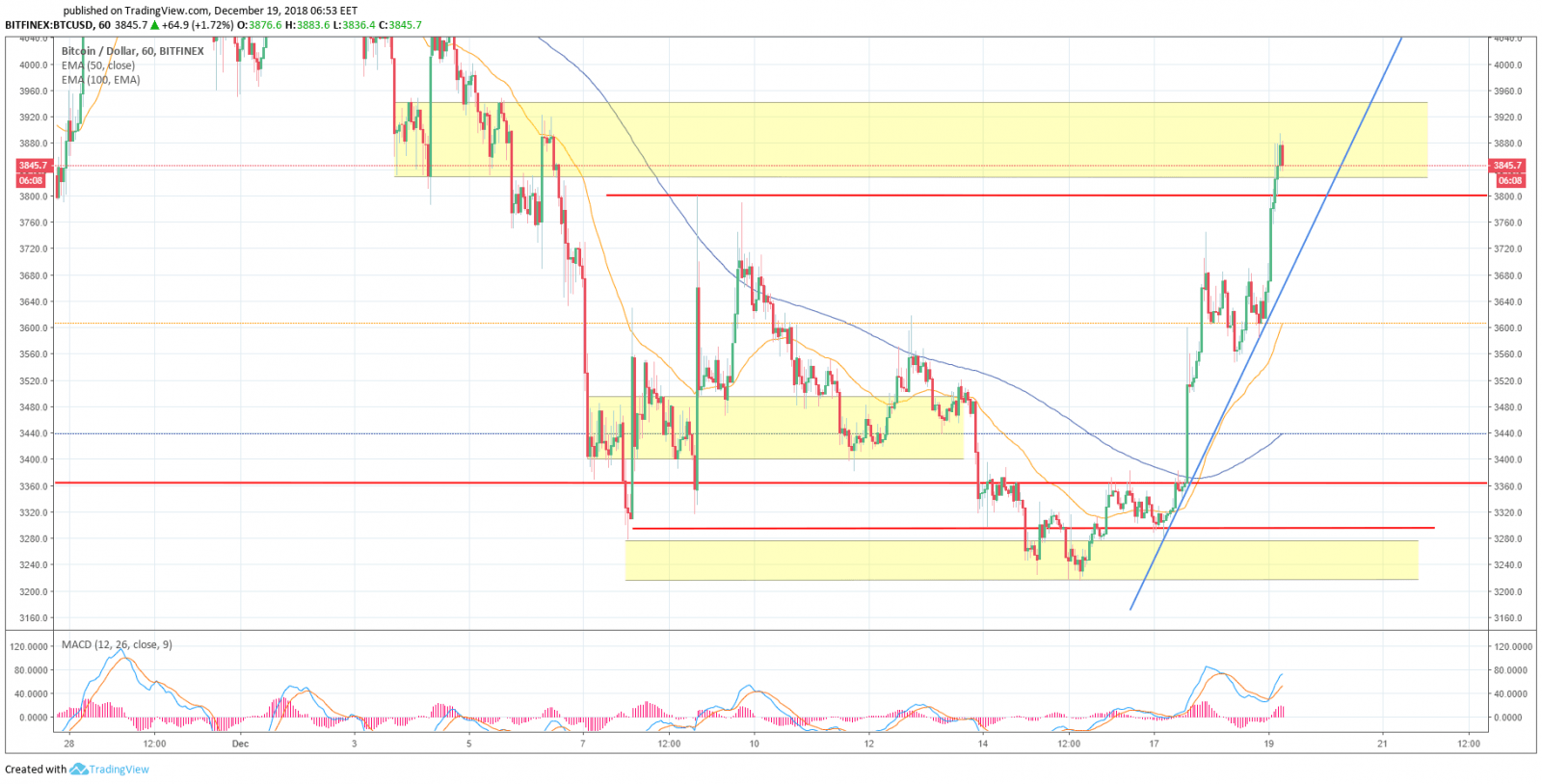 On the 4-hour timeframe the moving averages are under the price, the EMA100 at the $3,812 serves as the local support. The EMA50 has reversed upwards at $3,525 and also acts as a support. For a clear-cut buy signal we are waiting for it to cross the EMA100 from the bottom up. The MACD indicator is in the buy zone which is still one more signal of continued growth. But we keep our emotions in check for euphoria is as dangerous as panic. That’s why we cannot rule out a correction and a potential decline to the EMA50.

But the situation in the intraday timeframe is more interesting. The moving averages are above the price and looking down, which suggests a continued decline. The MACD indicator in the sell area but has reversed upwards trying to move to the buy zone. The EMA50 at the $4,525 level acts as a resistance.

Now, we cannot rule out our ‘inverted head and shoulders’ theory: at the moment of writing, the price is exactly in the neck area and growth to the $4,400 and the EMA50 will allow to draw the second shoulder (a drop from the base at the $4.500 level to the current range around $3,800) for a stable reversal and a rise signal.

Yesterday, Reddit user with the nickname sotashi suggested withdrawing bitcoins from all exchanges on 3 January in honor of the 10th anniversary of the genesis block generation. This unusual flash mob is intended to check Bitcoin’s liquidity on crypto exchanges. Sotashi claims that users are not going to lose anything and will be able to return to the market with full confidence the next day. People commented that this might result in chaos in the digital currencies world. 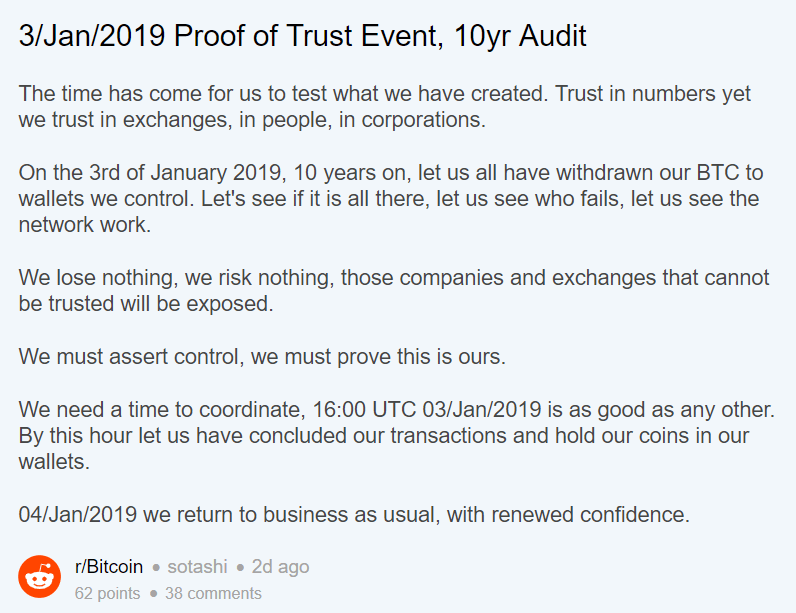 By the way, most exchanges store only 5-10% of their assets on hot wallets, the rest is on cold wallets. So, this initiative is likely to face significant challenges.

Meanwhile, a few days ago we witnessed a record number of Ethereum new addresses registered with their total reaching 50 million. Such registration activity was last recorded in early 2018.

By the way, the cryptocurrency price has gone up 16% over the previous four days. The main cryptocurrency went up from $3,700 for the first time since early December. Large altcoins are also gaining value. Total market cap also has gone up by 19.6%. Since 15 December the trading volume has also increased by 73% to the current $19 billion.

Mark Doe, a former IMF employee, closed his short BTS position yesterday which he had opened when the price was $20,000. Having opened the position he stated that the price could not grow for ever and would drop as the coin faced many unresolved issues. A Bloomberg expert stated in an interview that he had twice made money on short positions. It is not specified whether the current closing of positions is linked to the expert’s predictions for BTC growth.

But, theories aside, what can we do now? In the run up to the New Year holidays, the market can come up with true ‘miracles", so we should act with utmost caution in this period.

We still tend towards a positive scenario and keep open positions on the market’ s main coin. The current levels are very attractive for medium- and long-term trading. If you trade intraday, keep your risks and emotions in check.

Trade from the channel boundaries and support/resistance levels, but remember that there are no clear-cut boundaries in the market and a margin of error of few percentage points still holds.

Ladies and gentlemen, I wish you good profits.