Bitcoin exchange rate and cryptomarket overview for the next week of October: 15-21. Game over for Tether?

Hello! Those who have a cat in the house are perfectly familiar with the situation when a pet is breaking into a closed door. So when the door is opened, he does not know what to do and is standing on the...

Hello! Those who have a cat in the house are perfectly familiar with the situation when a pet is breaking into a closed door. So when the door is opened, he does not know what to do and is standing on the...

Hello! Those who have a cat in the house are perfectly familiar with the situation when a pet is breaking into a closed door. So when the door is opened, he does not know what to do and is standing on the threshold. This is just the situation on the current market. Well, time to look at the charts.

Until this morning, our levels indicated in the latest review clearly had worked out clearly — the price was moving in the uplink under the level of $ 6400. On the morning of October 15, it received a powerful impulse and rushed up. At the time of this writing, HI index was $ 7,250. Congratulations to all the readers who followed our recommendations: the level of $ 6800 and $ 7100 brought a great profit !!!

The daily chart shows how close the end of the lingering flat trade is. So it is quite likely that today we exited the triangle — just as we wrote earlier, and the patient reader is now enjoying the excellent profit.

Moving averages pass below the price and turn up. The MACD indicator is in the sales area but tends to go into the trading area, giving a signal of upward movement.

Why is the market green?

It is rumoured (for now only rumoured, right) that Binance is going to remove all Tether trading pairs. Because of this, everyone sells Tether for the Bitcoin and other altcoins. However, the information has not yet been confirmed. The chart shows the Tether collapse to the real US dollar. 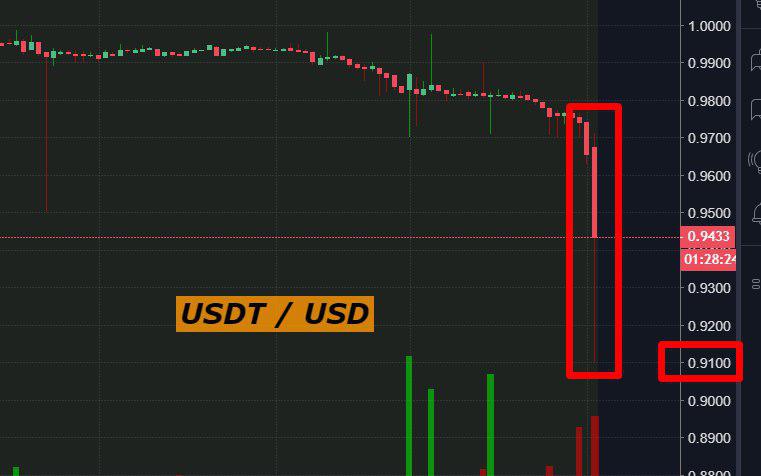 There are already rumours about Tether to get delisted from major exchanges. However, it is likely to be a fake, but certain unrest in the community is already present. 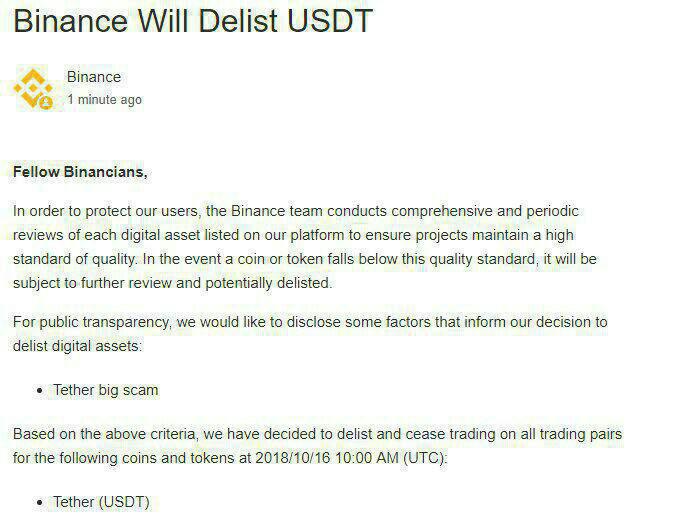 Meanwhile, KuCoin has officially announced that USDT deposits withdrawal are temporarily closed. The reasons behind the decisions are not explained. 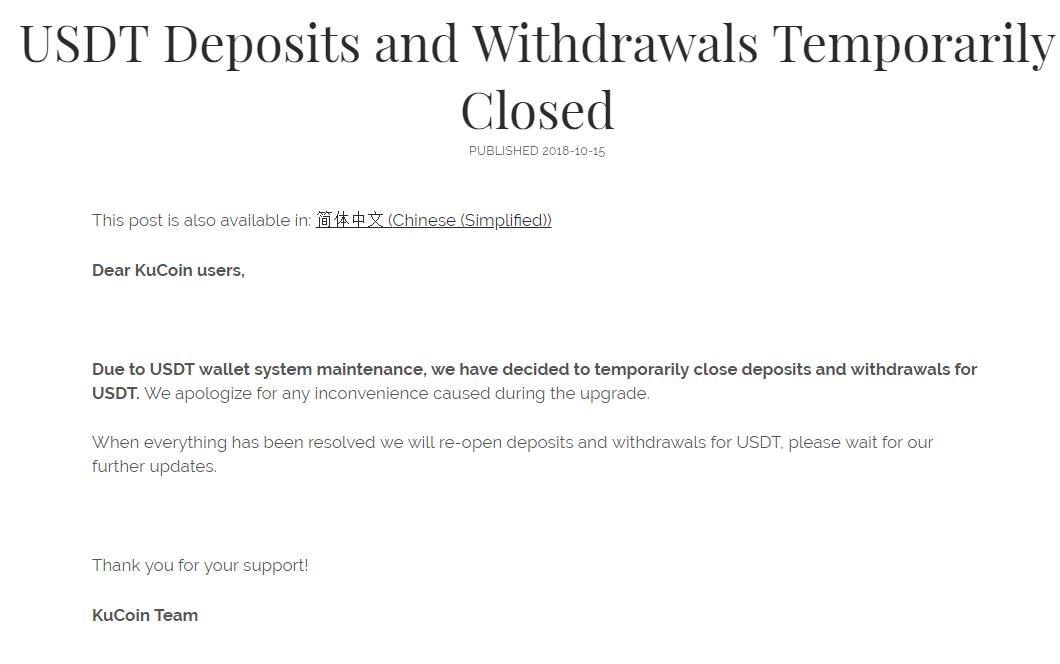 Also this week, Bitfinex announced the suspension of withdrawal of fiat deposits due to problems with the bank servicing the exchange accounts. Besides, today the price of BTC on Bitfinex has exceeded $ 7,200. Exchange LiveCoin also suspended the withdrawal of funds this week.

Regarding the regulation of the crypto market, the past week was definetly marked by ICO. For example, the European securities organization have promised to provide the regulation of the cryptographic market. Earlier, the organization allocated € 1 million for research activity in the field of cryptocurrencies. For example, in the UAE, Initial Coin Offering has already been equated to issue securities. South Korea also promised to revise the ban on ICO, and the government may recognize the crypto market as a separate industry. Meanwhile, the SEC continues to send agendas to startups.

Results and recommendations for the upcoming week

We do not recommend to open positions on the impulse — do not succumb to the mass market euphoria. We recommend to close a part of positions and move the stops on the opened ones to the break even. After a sharp upward impulse, the same downward occur. Moreover, do not forget about the false breakdowns of the levels of support and resistance. The price moves on emotions and the longer the flat, the more emotions the market participants have. Also, we do remember that trading on emotions does not lead to profit at all.

The next target on the way of the upward movement is the $ 7,400 level, but before its assault, the price can be adjusted (after an upward impulse) to the level of $ 6,800, which will now act as a support where you can make purchases.