Wallace’s bee was last sighted back in 1981. Now, almost 40 years after its disappearance, multiple sightings of the mysterious animal have been reported by scientists from several countries. This event can be considered a real miracle.

Wallace’s bee was last sighted back in 1981. Now, almost 40 years after its disappearance, multiple sightings of the mysterious animal have been reported by scientists from several countries. This event can be considered a real miracle.

It’s worth noting that 1981 wasn’t the first time Wallace’s bee had ‘disappeared’. After its discovery in 1958, made by scientist Alfred Wallace (the animal’s namesake), the bee disappeared for many years, almost like it wanted to keep a low profile. It was next spotted by naturalist Adam Messer in 1981, but the mysterious insect disappeared once again, this time for a much longer time. 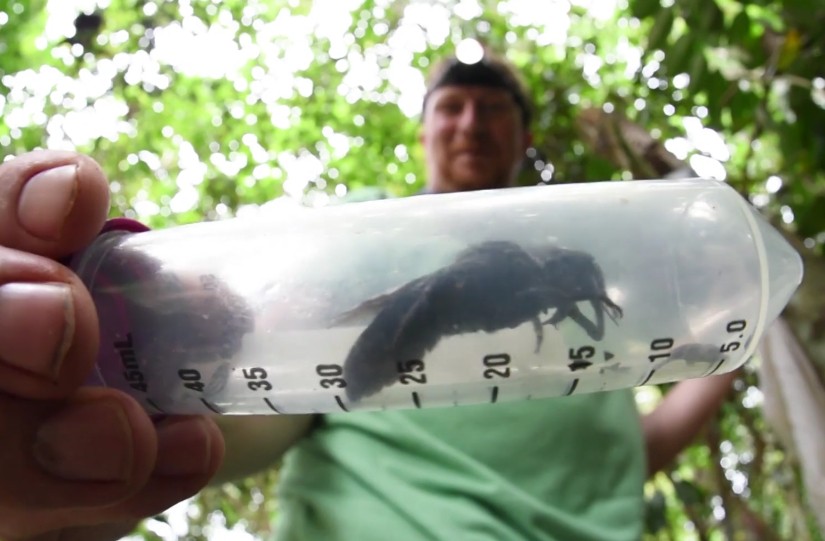 The ‘missing’ insect was discovered in Indonesia. The insect can reach up to 4 cm in length, with wingspan over 6 cm. The average bee is several times smaller than this giant. The discovered specimen is female. Scientists and animal rights activists from around the globe are currently discussing measures to save this unique insect from extinction. To achieve this, they need to find as many insects from this species as possible.