The device was developed by scientists at the University of Texas. It is much more reliable and convenient than the electrodes which were previously used to track patient health.

The device was developed by scientists at the University of Texas. It is much more reliable and convenient than the electrodes which were previously used to track patient health.

An electronic tattoo is made up of a pair of sensors made of a thin film, which track the patient’s heart using two methods: ECG and SCG.

The first method is based on recording electric heartbeat activity, while the second one measures vibrations within the rib cage. The combination of these two methods allows for more precise conclusions about the patient’s condition.

The first sensor is made of gold and polyethylene terephthalate, the second one is made of a piezoelectric polymer called polyvinylidene fluoride. This means that with each mechanical impact on the sensor, it creates an electrical charge.

The tattoo is attached to a transparent bandage which is then glued to the patient’s chest. When he moves, it easily stretches, thus avoiding any discomfort for the patient. The device currently works with a computer, but future versions will be synchronized with a smartphone. 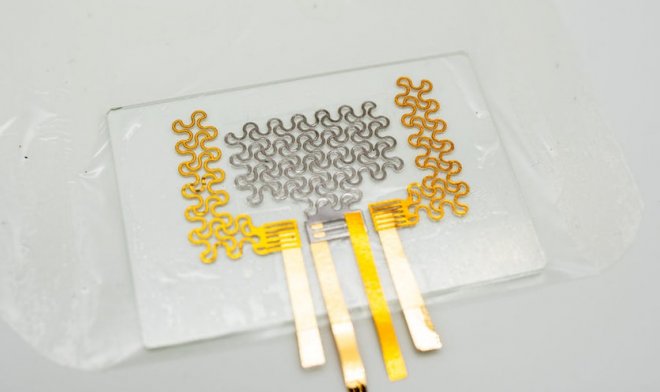