How many fantastic films are devoted to aliens, intergalactic travel, and other planets? As children, many of us watched them with fascination.

How many fantastic films are devoted to aliens, intergalactic travel, and other planets? As children, many of us watched them with fascination.

Still, as we have grown older, we realize that not everything shown in the movies will probably never (or anytime soon) come true. Space is not as attractive as movies and video games portray it, although it is incredible nonetheless! Each year, scientists discover dozens of new planets - and in this article, we have gathered together the most extraordinary, interesting, and amazing planets of them all. Perhaps some of them will make you wonder: are we really alone in this Universe?

Exoplanet HD 189733b is a terrifying world located 64 light-years from Earth. It looks like an expensive dark blue marble, remotely similar to Earth. However, if one day you have the opportunity to visit it (well, you never know!) - do not go!

In addition, on this planet, you will be greeted with a mighty wind speed of 8700 km/h. Moreover, you will also have to endure glass rain constantly. This is because of the silicate in its atmosphere, forming glass flakes when strongly heated (the planet's natural temperature can reach more than 900°C.) To give you an idea of ​​how destructive this rain becomes coupled with the wind, let us show you an example. If this storm happened anywhere on Earth, it would circle the entire planet in just 5.5 hours. And destroy it completely. 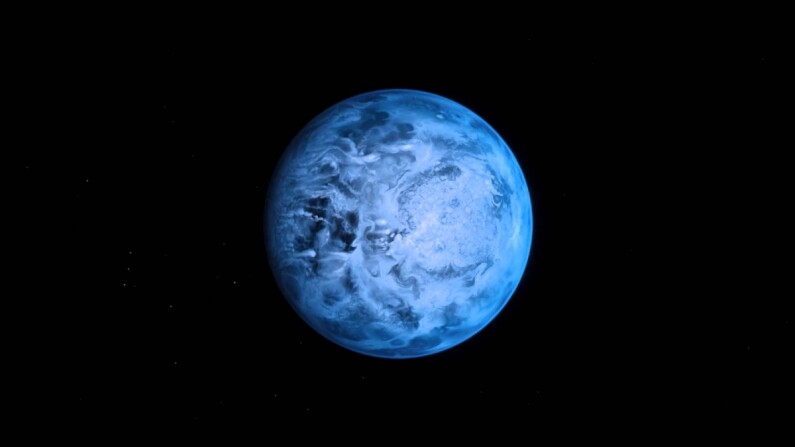 Science buffs jokingly refer to J1407b as "Maximum Saturn" because it has a massive system of multiple rings that orbit a single planet and has rings 640 times the size of Saturn's.

This exoplanet is located 434 light-years from Earth and found in the constellation Centaurus. It is the only exoplanet we are aware of that resembles Saturn. If it suddenly swapped places with Saturn, we could see its rings even during the day because they would appear much bigger than the moon! Another interesting fact about J1407b: halfway around its rings is a small and strange gap where the moon might be located. It appears to be the size of Mars and orbits J1407b exactly within that gap. From this, the sky must look incredible when viewed from the surface of J1407b! 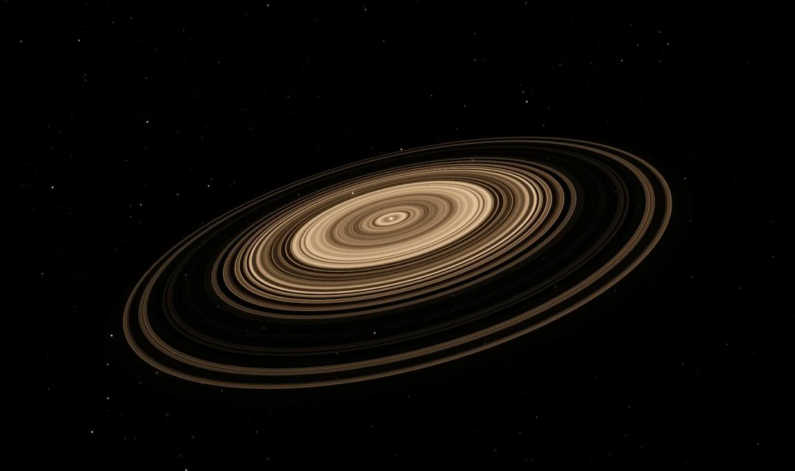 Gliese 581c is located just 20 light-years from Earth in the constellation of Libra. The planet orbits around its star and is ten times closer than when the Earth orbits the Sun. Due to its proximity to its star, 581c constantly has one side facing it, causing the temperatures on that side to rise above 70°C, while on the other side, it falls below -35°C. However, on the surface, the conditions are theoretically suitable for life between those sides.

A few tabloid newspapers have written articles about the mysterious light and radio signals that supposedly have come down to Earth from Gliese 581c, which gives them information about the inhabitants of our planet. Of course, they are jokes and stories; however, a radio message was sent from Earth to Gliese 581c in 2008 and will not reach the planet until 2029. 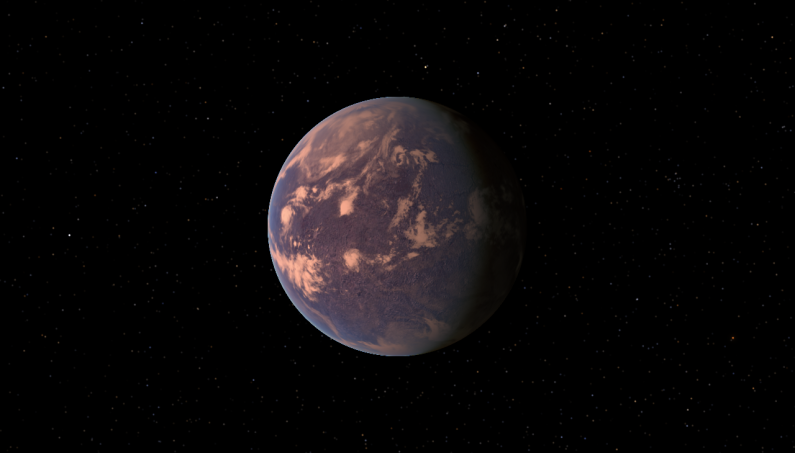 This is the most famous contender for an entirely oceanic planet. There is not a single island of land on GJ 1214b, and only one ocean stretches over its entire surface.

Based on the mass of GJ 1214b, which goes beyond that of our planet, scientists identified it as a super-Earth. The planet is also shrouded in dense water vapor containing at least helium and hydrogen. According to scientists, the planet is uninhabited because its surface temperature reaches 280 ºС. The only thing that stops the water from boiling is the high atmospheric pressure. Otherwise, GJ 1214b would literally turn into soup. 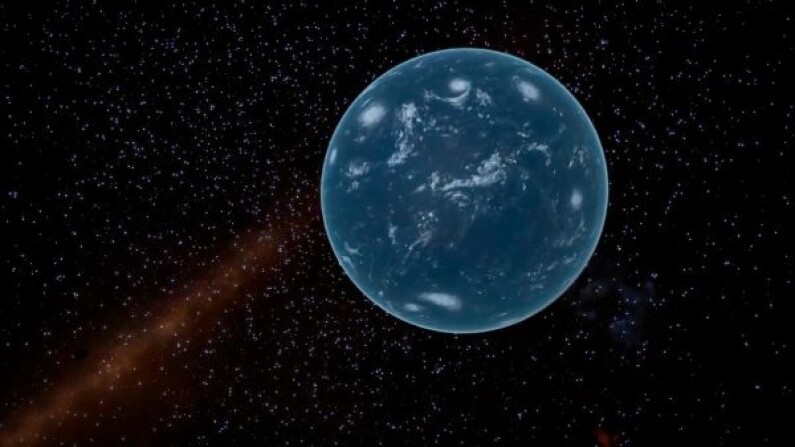 55 Cancri e contains 7.8 times the mass of Earth and orbits its star. However, that is not what makes it so unique. It is a fact that almost half of 55 Cancri e consists of diamonds! Thanks to having an incredible temperature, reaching 2000 ºС. Likewise, given the planet's size, it must have three times more diamonds than Earth. Too bad it is hard to get them.

Some scientists, however, have been trying to dispute the "diamond" nature of 55 Cancri e. Still, they have not been able to do this (as well as confirm the "diamond" nature.) This is because modern telescopes, including Hubble, do not give a complete picture of its atmosphere. All they can accurately determine is that the planet’s year lasts only 18 hours, and because of its incredible heat, it glows red. 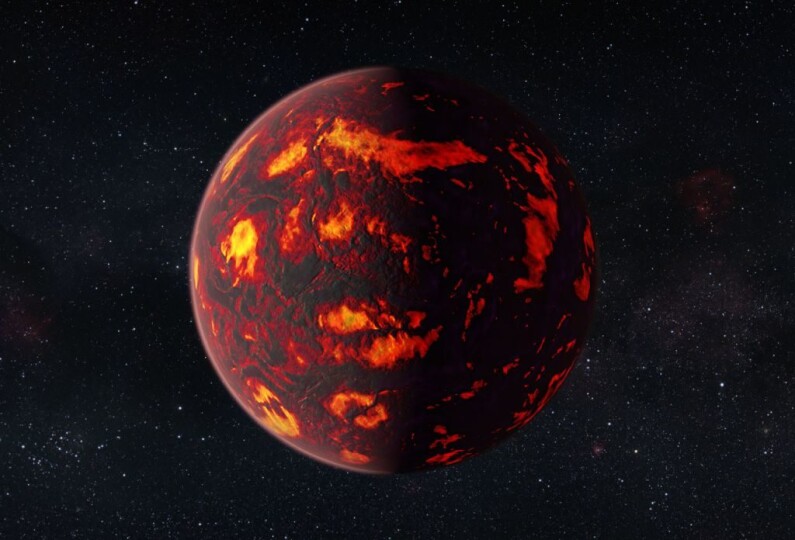 Up to this point, it is the darkest exoplanet known to humankind, reflecting less than 1% of any light that falls on it. TrES-2b is located 750 light-years from Earth in the direction of the constellation Draco. As lead researcher David Kipping of the Harvard-Smithsonian Centre for Astrophysics described it, "the planet as darker than the blackest piece of coal or acrylic paint. Nevertheless, looking at it from a satellite view is spectacular!" 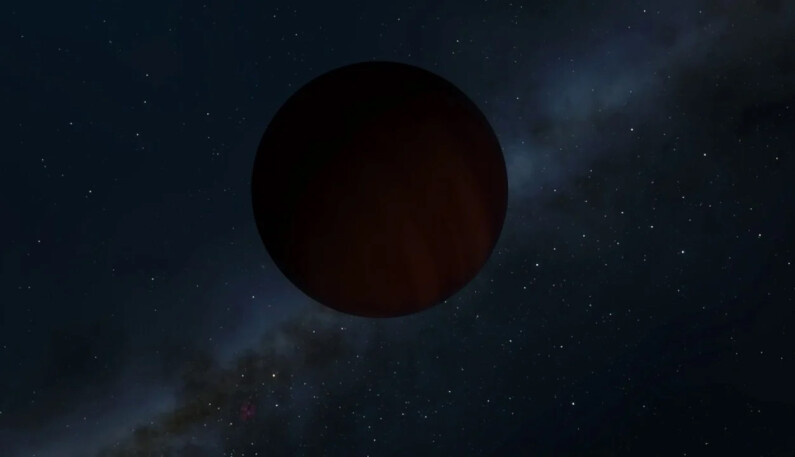 The super-hot exoplanet KELT-9b is so near its Sun that its surface can warm to a temperature of 4300 ° C! Its atmosphere also contains titanium and atomic iron. The planet's year lasts only 1.5 days, which is as fast as it spins.

Using the Spitzer Space Telescope, a team of researchers discovered that extreme temperatures on the planet's surface constantly face the Sun (KELT-9b is also frozen, like Gliese 581c), causing hydrogen molecules in the atmosphere to break apart. The molecules subsequently combine, fall on the darkest part of the planet, and break apart again, turning the planet into a red-hot furnace. 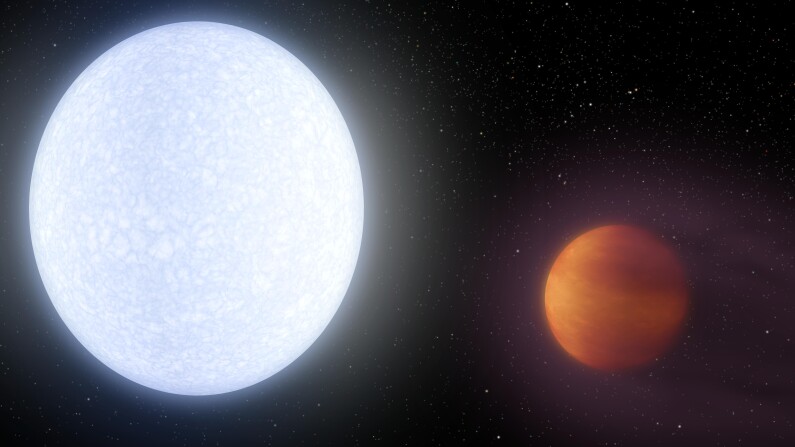 This planet is three times larger than Jupiter and orbits its star every 45-100 years. That is because the planet's orbit is expansive and is not circular. So, if it were in our solar system, HR 5183 b would first approach the Sun, reach the asteroid belt, and then move away beyond Neptune.

Frequently, HR 5183 b can be found in the outer part of the system, at which point it gradually accelerates, approaching its star, and makes a jump. Consequently, the planet also has a potentially devastating effect on any planets in the system, which, unlike HR 5183 b, moves in a circular orbit that we know. 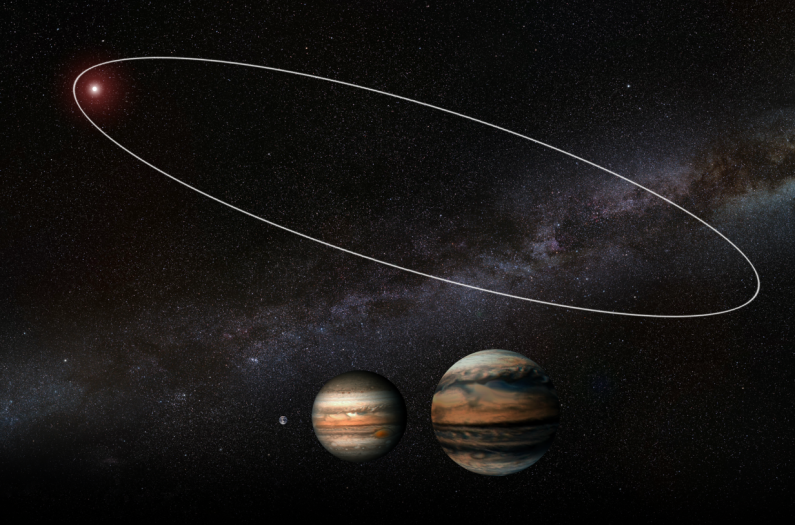 The planet is beautiful, purple in color, and looks like a jewelry bead. GJ 504b is located in the constellation Virgo and is 9 times further away from its star than Jupiter is from our Sun. As a result, the planet rotates in the "uninhabited zone." So, unfortunately, life on it is impossible.

Besides its color, GJ 504b is also in the first stage of its formation and radiates heat. As a result of this, its surface has a bright pink hue. The surface temperature of the planet reaches 300°C. 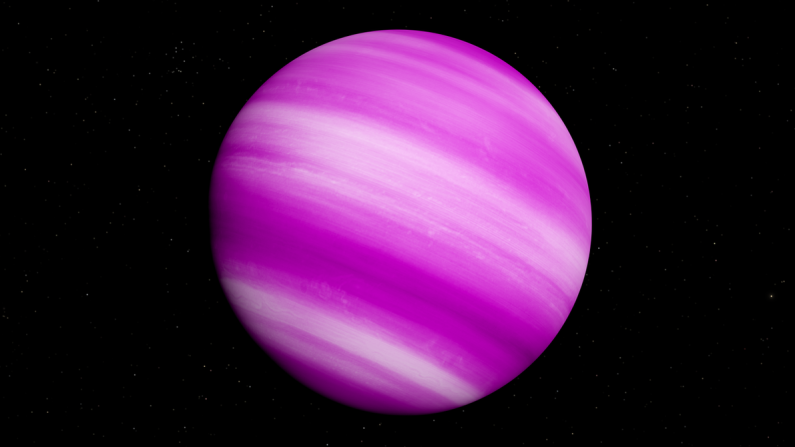 We hope our selection of incredible planets has broadened your knowledge of the cosmos and has become food for thought for your imagination! After all, it is unknown how many more secrets the Universe holds and how many planets scientists are yet to discover. Perhaps one day, we will find something that will radically change our perception of the cosmos and how we live our lives.