Is there life on Mars?

In search of extraterrestrial life, scientists have found thousands of distant planets with conditions similar to Earth’s.  However, could life have arisen on our closest neighbour: Mars?

In search of extraterrestrial life, scientists have found thousands of distant planets with conditions similar to Earth’s.  However, could life have arisen on our closest neighbour: Mars?

Cosmic pluralism is an enticing theory that suggests that we aren’t alone in the universe.  Today, experts in the field of astrobiology, relying on the data of scientific missions and making theoretical constructions, are engaged in the search for extraterrestrial life forms - or their traces - on the most diverse space bodies.

Firstly, it’s vital to point out that scientists aren’t expecting to find intelligent human-like creatures from science fiction films, but lower life-forms: for example, bacterial forms of life.  Among the possible contenders for a haven for living organisms is “Europa”. Europa is covered in a thick layer of ice and the most famous of Jupiter’s moons.

Nevertheless, researchers have long been interested in closer objects such as Mars.  Perhaps many millions of years ago the conditions on the Red Planet were less harsh and more conducive to life?  So far these are only speculations, but scientists are closely investigating the planet in search of possible traces of any organisms that once lived there.

To date, one of the main devices studying Mars is the Curiosity Rover.  The Curiosity mission began in August 2012 with a study of the Gale crater, whose diameter at its widest point is 154 km.  The dimensions of the rover itself are more than 3 metres in length, 2.7 in width and it’s 2.1 in height. The weight of the vehicle is 900 kg.  In fact, Curiosity is not just a rover, but a whole automated scientific laboratory. In particular, Curiosity Rover is capable of drilling the soil to a shallow depth and making a chemical analysis of samples.

In 2020, NASA plans to send another Martian mission to find traces of life.

The presence of organic molecules on the planet is one of the key criteria for the existence of living organisms.

In 2018, NASA scientists reported that had managed to find the organic matter thiophene and toluene in the soil of Mars.  However, researchers have warned that it isn’t yet possible to determine the origin of the compounds, and at present it can’t be proven that they have anything to do with the presence of life on the planet now - or in the distant past.

Theoretically, these compounds could indeed appear as a result of the biological activity of some ancient organisms, but a non-biological origin of molecules is also possible.  Therefore, strictly speaking, scientists have not been able to irrevocably prove that they have found any traces of life.

Curiosity is only able to drill soil to the depth of 5 cm.  Probably, probing the deeper layers in the future will allow us to give a concrete answer to the question “Has there ever been life on Mars?”

Another organic matter of interest to researchers is methane gas.  The study of the composition of the Martian atmosphere has revealed a rather large concentration of about 21 billionths.

NASA have explained that the formation of methane on Earth has resulted in the activity of microorganisms.  If Mars is inhabited, then the presence of methane can be of biological origin. On the other hand, there are also geological mechanisms of the origin of this substance.

Interestingly, for several years now, scientists have been recording seasonal changes in methane concentration on the Red Planet.  The largest peak was recorded in 2013. This fact increases the optimism of researchers, but to find out the reasons for the fluctuation in concentration, further research is needed. 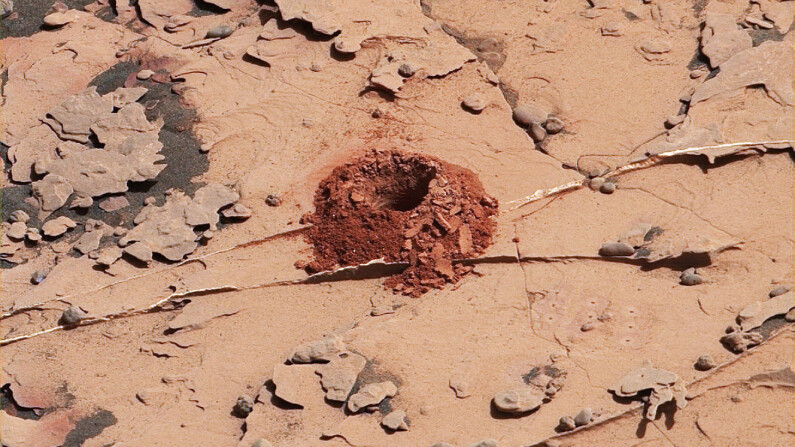 The probe ‘Insight’ is designed to be able to penetrate into the deeper layers of the Martian soil to a debt of 5 metres.

The device will extract data on heat fluxes in the depths of Mars and detect any possible signs of life.  The life-detection system was tested by researchers in the Atacama Desert in Chile, where conditions are quite similar to Mars.

The Chilean experiments have shown that microorganisms can indeed escape from harsh underground conditions.  Moreover, their distribution isn’t uniform and is associated with the distribution of water and nutrients, so it’s likely to be hard to find on Mars and it will require a large number of samples.

Firstly, the scientist’s efforts are aimed at finding traces of bacteria.  Exposed to the harsh conditions on Mars for millions of years - it’s almost certain that the cells of microscopic organisms, if they ever existed, have now disappeared.  However, in water, bacteria often try to unite into filiform structures, and such bacterial colonies can already be found in petrified form.

In addition to the existence of ancient Martian bacteria, researchers don’t rule out that there may be microorganisms that live in the bowels of the planet today.  Extremophiles, that is, bacteria adapted to extreme conditions such as high temperatures, droughts and radiation, couldn’t live on the surface of Mars.

On the surface of Mars, most likely, even primitive living organisms won’t be found.  After all, the water on the planet remained mostly in a frozen form at the poles, and most of the landscape is an endless desert with harsh radiation and extreme temperatures.  However, billions of years ago, the temperature was comparable to that of the Earth, which means that on the surface there were reservoirs of normal liquid water.

Some researchers hope that life could have escaped from the surface deep into the ancient rocks, which could protect from harsh conditions.

Where could life have come from on Mars?

In order for life to appear on the planet, certain building blocks of life and particular elements are required in sufficient quantities; for instance - nitrogen, carbon, oxygen, and hydrogen, from which organic compounds can be obtained.

NASA’s research has shown that theoretically there could be life on Mars.  Their conclusions are based on the analysis of the Martian soil by the Curiosity Rover.

One of the possible scenarios for the appearance of organic compounds on Mars is associated with the fall of asteroids, which, when passing through the planet’s atmosphere hydrogen saturated atmosphere, catalyzed the synthesis of nitrates: the most important compounds for protein life.

Neither proteins nor nucleic acids such as DNA and RNA can exist without active forms of nitrogen, which means that it’s impossible to form cells of organisms and transfer genetic information without them.

After Curiosity managed to detect nitrates in the soil of the planet, scientists were puzzled by the question of: “How did these compounds appear there?”

Professor Rafael Navarro-Gonzalez’s research team have tried to answer this question by modeling the ancient atmosphere of Mars in a laboratory.   Scientists mixed a cocktail of hydrogen, nitrogen and carbon dioxide into a sealed flask. The role of asteroids burning up the atmosphere was played by laser pulses in the experiment.  As a result of the experience in the flask, nitrates actually formed, which confirmed that such a scenario on the origin of organic matter on Mars is possible - at least in principle. Furthermore, researchers have noticed that the reaction was more substantial with an increasing concentration of hydrogen in the flask.  In addition to direct participation in the origin of biological molecules, hydrogen could also contribute to the preservation of water in the liquid aggregate state on the surface of the planet.

Will we find extraterrestrial life? 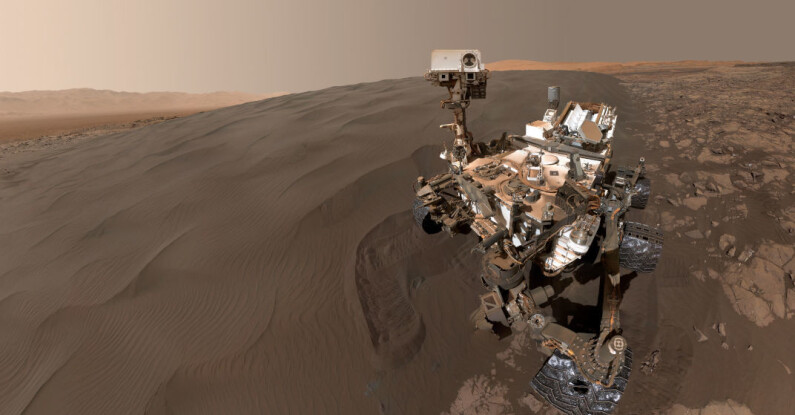 Further exploration of Mars will help shed light on whether there ever was life on the Red Planet billions of years ago.  Additionally, there is the likelihood (albeit small) of the discovery of living life-forms on Martian today.

Such research is an extremely expensive and time-consuming process. Perhaps, in the coming years, amazing discoveries await us.  Nevertheless, it might be necessary to spend many thousands of man-hours on the development of new technologies, not to mention money, and we will not find life on Mars.  However, in any case, Martian studies will be useful in studies of other planets.

HiTecher writer since 2019, editor, teacher. Achieved a Bachelor’s Degree with Honours in English Literature, a PGCE in PCET Teaching Qualification. An Englishman originally from Southampton in the United Kingdom.

All posts by Thomas Acland